However, Morrison is also highly involved in the promotion of music performance in Australia, not just jazz music.

In part two of this interview, we ask Morrison about his opinions regarding the state of music performance and education in Australia and where we fit on the world stage.

CD:Â Another thing you’re very well-known for is inspiring the next generation of musicians, for example, your visits to schools and giving masterclasses. How do you think the opportunities for young musicians today differ from when you were starting out?

Morrison:Â I guess they’ve changed in some ways over the years. I mean, probably a little before my time, there were a lot more jazz clubs and a lot more jazz activities, if you like, in the mainstream. [There is} still plenty going on [today] but if you go back far enough, it was pop music, it was everywhere. So that’s how you learned to play Jazz, you just listened to the radio and then went and hung out in the jam sessions everywhere. Now, we’ve moved into institutions and you ended up with what you’ve got now, you can go and do a jazz course at university.Â I was in one of the first jazz courses in the country at the Conservatorium of Music in Sydney. It was very new then and everyone said ‘how can you teach jazz at an institution?’ And look, to this day they’re still asking that question.

As far as gigs go and performances, I think there are more opportunities now than there were when I was growing up. As I said, maybe not as many as when jazz was pop music, but when I was growing up there weren’t nearly as many festivals and gigs as there are now. So there are a lot of jazz performance opportunities. And all the sort of touring people do now too, to regional arts centres, playing jazz and going and visiting schools, none of that happened when I was coming up either. I think there’s really good opportunities now.

CD:Â Continuing on from talking about the jazz programs, due to the amount of improvisation that goes into jazz, is it a difficult thing to assess? Because obviously if you’re studying at university, you need to get graded on how well you’re playing.

Morrison:Â Absolutely. When you think about it though, how do you assess any art form, really?Â So, even if you’re playing a completely written piece that has a ‘way it should go’; if you’re going to play me one of the Bach cello suites (before the interview began I told him that I’m a cellist), what makes it music is the art. It’s the feeling you’ve got when you’re playing it. Now, how do I judge that? How do I assess that?Â What you’re really at university for is the actual learning to play, getting the information that those teachers have got and mixing with those other students and being in that creative space which will develop your musicality. And I think in a way, that makes jazz the poster child for universities. What are you there for? To get a piece of paper? Or to come out and being able to actually do something? 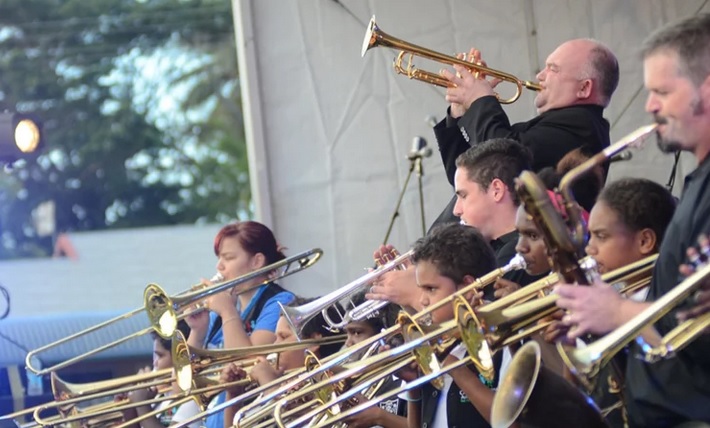 CD:Â So we’ve talked a bit about university, but let’s shift back to high school. What’s your opinion of the state of music education in Australia as a whole?

Morrison:Â It’s always a difficult question to answer because on the one hand, of course I want to say we need more funding, we need more support for the teachers, we need more facilities, I always want more, the utopia where everyone gets to play music. But having said that, I really want to acknowledge that it’s great. We have a fantastic system. You might find this amazing but when I went to high school, music wasn’t part of the curriculum unless you actually elected it. You could go right through school and never actually have any contact with music, at all, at any level. At least now, even if you don’t take music as a subject, at some stage through school, you’ll come into contact with music.

We have really dedicated teachers out there. Generally speaking, the standard is quite high and at the top end, it’s really as good as anywhere in the world.

CD:Â Early on in your career you moved to New York. There seems to bit of a recurring theme, not just in jazz but in many styles of music in Australia, that a lot of artists elect to go overseas to further their career. Why do they have to do that?

Morrison:Â I think you’re right when they say they have to. You can advance to a certain point here. It’s nothing to do with the music itself. You’re not going to hear anything overseas that you couldn’t hear here.Â What it is, it’s a career thing, not a music thing.Â In some fields of endeavour, I know that perhaps, let’s just pick one at random, if I was a classical oboist, it may be that the best person to study with on the oboe, does live in Vienna. You’ll have to go there. But as far as a jazz player goes, I can speak with authority that you don’t have to go anywhere. You need to for your career but not for the actual music.

We forget sometimes because to us, Australia is the centre of the world. We’re an island in the South Pacific and if you want to talk about beaches or a nice place to go or friendly people, Australia comes at the top of the list. Talk about culture, music, it doesn’t even come up. Now, if you mention, ‘oh yeah, but what about Kylie [Minogue] or what about AC/DC?’ Yeah they’re awesome, but you have to point them out. So if you’re talking about rock music, it’s all about the U.K. and the U.S. If you’re talking about classical music it’s all about Europe and basically Australia’s just not on the map. And that, in a funny sort of way for an Australian artist, can actually be an advantage. When you go over there, if you’re good, they go ‘wow, where did you say you’re from?’ They don’t expect it so you kind of get more noticed. If you came from New Orleans and said ‘I want to play jazz’, they’d say ‘well of course you do’. So it can be an advantage like that. 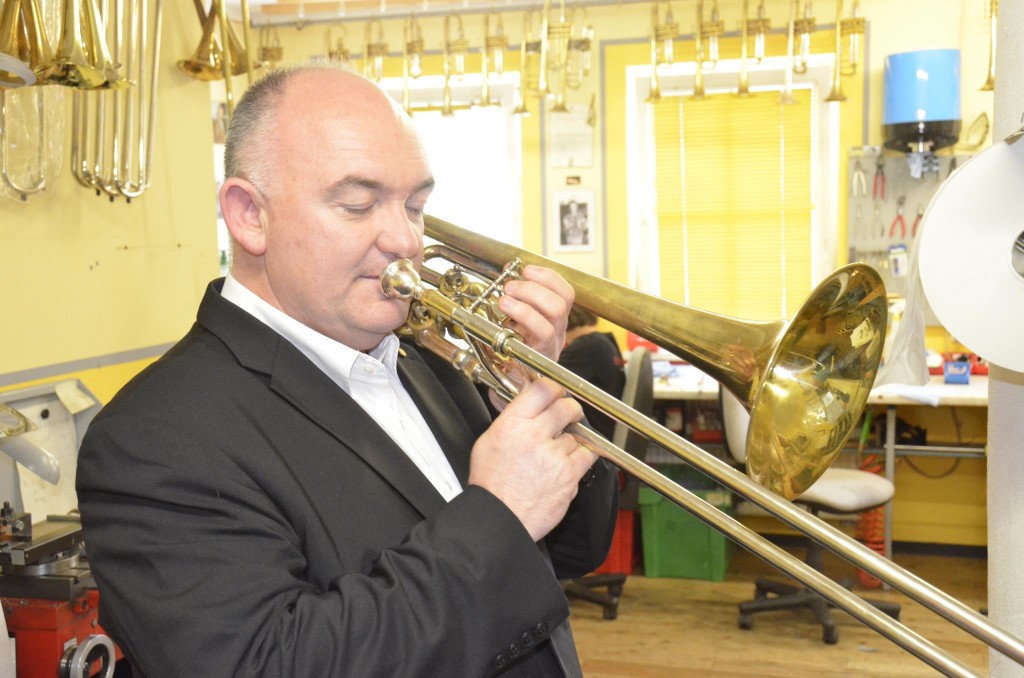 CD:Â For those who aren’t very familiar with jazz music but want to get into it, which artists would you recommend they listen to as a sort of ‘Introduction to Jazz 101’?

Morrison:Â Wow. That’s always hard. Because jazz is a genre, not a style, imagine if I said ‘I want to get into classical music, what should I listen to?’. You would have some favourites you could pick, but there are so many ways you can go. And you might love one and hate the other. If you play someone Wagner first and they’re not really into classical music, that’s it, they’re not listening to any more. But they might be into something else, so jazz is the same.

Look at the difference between Miles Davis and Louis Armstrong, and they’re both jazz trumpeters. I mean, chalk and cheese as far as the style of goes. I could play them the best Dixieland, swing and bebop on earth and they could go ‘I don’t like jazz’. But I could play them one track of [jazz] fusion or something else, modern jazz and they might go ‘this is awesome’, or vice versa. So what I suggest is, there are plenty of them, get a jazz sampler, they’re even called that. Go to iTunes and get a jazz sampler and you get all these different tracks and when you hear something you like, find out what it is and then go and search for that artist and listen to them and their colleagues and that style. Because there’s so many styles, you really have to get a cross section first to choose from.

CD:Â If you could play a show with any musician, from any era, who would it be?

Morrison:Â Ooh. Firstly, I’ve been really lucky that I’ve had a chance to play with many [people on] my record collection, so I have played and recorded with Dizzy Gillespie, he’d be up there of course. I have played with all sorts of players over the years, Ray Brown and so on. So, I guess the one, one of the heroes I mentioned but would never get to play with was Oscar Peterson, so I guess he’d certainly be right up there.

Community Television In Australia Hanging By A Thread