The actor, whose talent was obvious during the riveting performance of mystery, violence and regret, knew he wanted to act since he was eleven.

However it was not always easy keeping his dream alive. Klarweinâ€™s determination and certainty are what have gotten him his dream role as Macbeth today.

â€œI tried to trick myself for years into doing other things because people told me it was a useless occupation. They were wrong,â€ Klarwein said firmly.

Although when asked what he would be practicing if his career had taken him in another direction, Klarwein replied â€œPsychiatry. The human mind is a powerful beast,â€ much like the supremacy and domination of those walking the stage during Macbeth.

Klarwein has always looked up to others within the performing arts industry to find inspiration for his own career choices, including Cate Blanchett and Michael Attenborough. 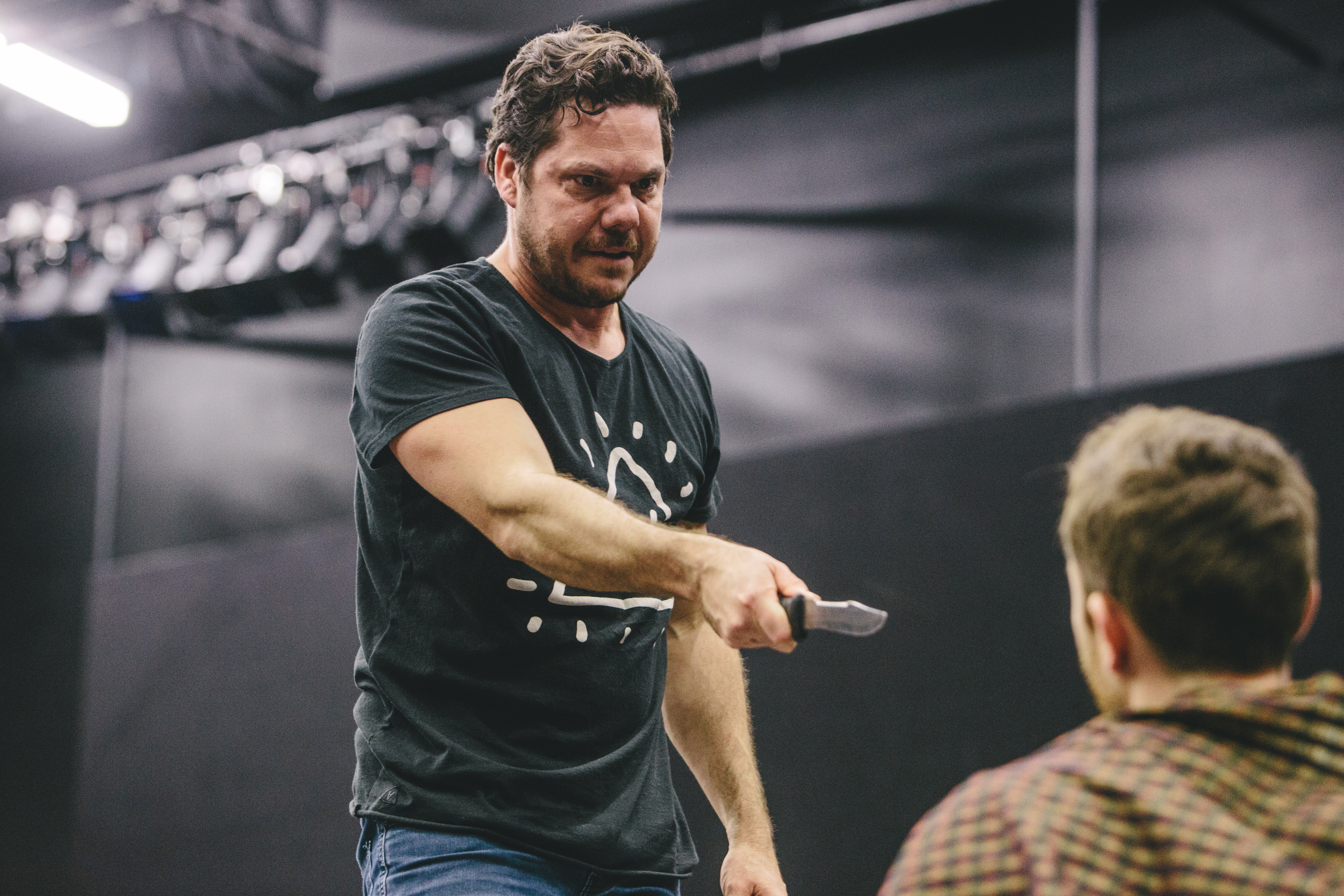 Today, Klarwein finds himself on stage under Attenboroughâ€™s direction. However he never performs before succumbing to place of honesty.

â€œI just take my mind to a place of trust and acceptance,â€ Klarwein went on to say. â€œTrust of myself, other actors, the crew and the audience.â€

When it is time for Klarwein to take centre stage, he said, â€œI just try to walk on and let the play and the man exist.â€

This is exactly what he did during opening night of William Shakespeareâ€™s play, when Klarwein brought the audience into what felt like a fiery reality.

Klarwein, in all of his wit and willpower, left one piece for others trying to break into the industry.

â€œAn actor needs to be eclectic, curious and tenacious like a magpie, said Klarwein.Â “See everything, read everything, think about everything then try and calm your restlessness.â€

What: Jason Klarwein in Macbeth