Joel Devereux, a Brisbane-based photographer, producer and visual artist, chats to us about his new exhibition, Hydra, at the Powerhouse.

Since graduating in 2013 from QUT with a Bachelor of Creative Industries, Joel Devereux has firmly cemented his spot among Brisbane’s leading creatives. With countless projects under his belt including Boy & Girl and Sex with Strangers, both productions at the Powerhouse, he is also a co-creator and co-producer of Vanguard, a Brisbane Burlesque event. Joel’s unique and irreplicableÂ aesthetic has made him a prominent figure in the Brisbane art scene and with a new solo exhibition at the Powerhouse, entitled Hydra, we are sure to see many more exciting projects in the future from this talented man. 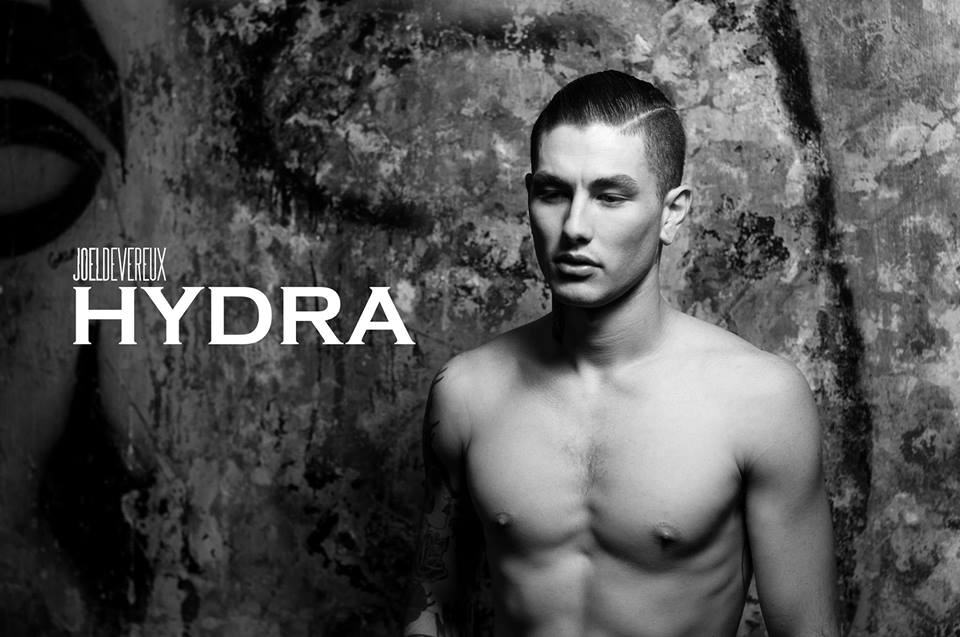 CD:Â How proud are you to present your first solo exhibition at the Powerhouse?

JD: Itâ€™s been a long journey and itâ€™s an interesting feeling to present content photographed over 6 months ago to the public as â€˜newâ€™, when really to me with how often I shoot, itâ€™s been around for a long time relatively. After the rush of opening night, it was nice to revisit the exhibition in my own time. The exhibition works and book are both available for sale via the Brisbane Powerhouse box office.Â

CD:Â And being part of the Melt Festival, itâ€™s quite the achievement isnâ€™t it?

JD: There are so many great shows as part of the first MELT Festival and Iâ€™ve been lucky enough to have had the opportunity to work with a few of the other artists while theyâ€™re in town, notably Matthew Mitcham, Brendan Maclean, Catherine Alcorn and Dash Kruck. Iâ€™m just happy to be involved!Â

CD: What was your inspiration for your exhibition?

JD:Â I was inspired to create an alternative vision of modern masculinity. I do a lot of creative concept work and this was quite raw in contrast. I worked with a variety of models, from agency-signed boys to some who had never been in front of the camera. Visually, the series has had many influences, but I wanted to re-imagine that Metropolis-esque beauty we donâ€™t often see in commercial photography in 2015. I was also pretty determined to have no underwear in the content as I felt it was an area of photography thatâ€™s often visited a bit too often. Perhaps next time.Â 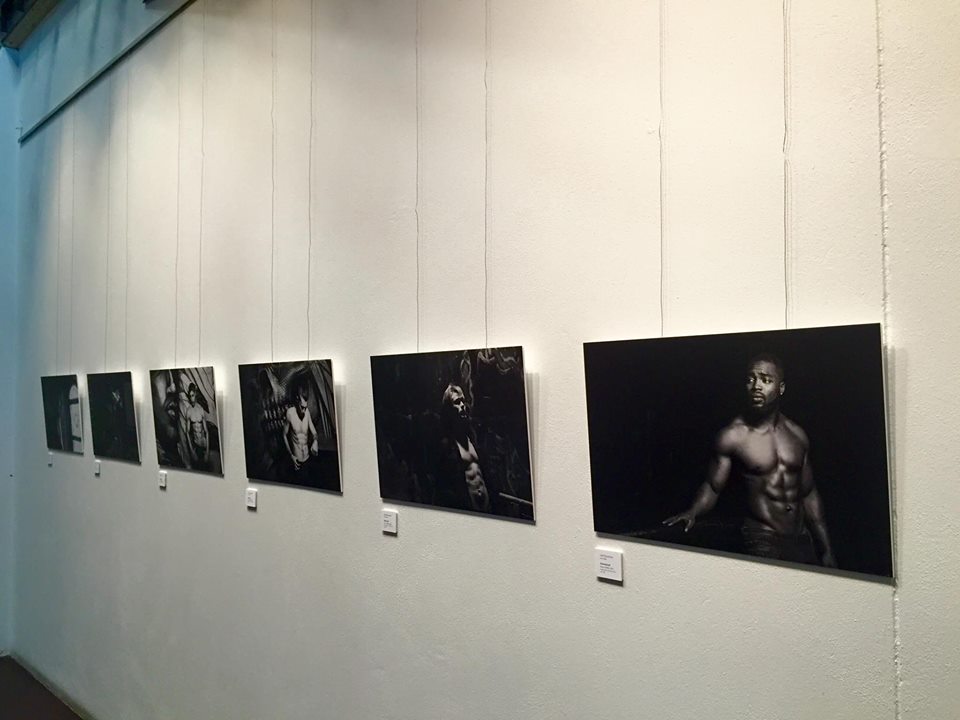 CD:Â With an extensive portfolio, how did you select the final photographs?

JD:Â I shot all of the content for HYDRA specifically for the publication, and the exhibition was an extension of that. I hadnâ€™t released any of the book content online before and I was only after one to three shots per model, so overall it was relatively easy. The hard part was organising over 40 shoots with different models over such a short span of time.

CD:Â Would it be wrong to ask which one is your favourite?

JD:Â They are all my favourites of course! Iâ€™m very proud of all of my models and especially those whoâ€™d never done anything like this before. My earliest shoots with Coen Keyte, Nick Elliott and John Neal helped shape the majority of the rest of the work so Iâ€™d like to thank them a lot in particular.Â

CD:Â Is there anything particular you look for in a model?

JD:Â I got my start in burlesque photography, so I typically enjoy photographing performers or particular characters more than fashion models for example. I like a unique look and strong sense of presence. I aim to shoot only people I get along with in person, because if Iâ€™m not loving the model, I canâ€™t expect to love the content. I enjoy shooting a variety of models.Â 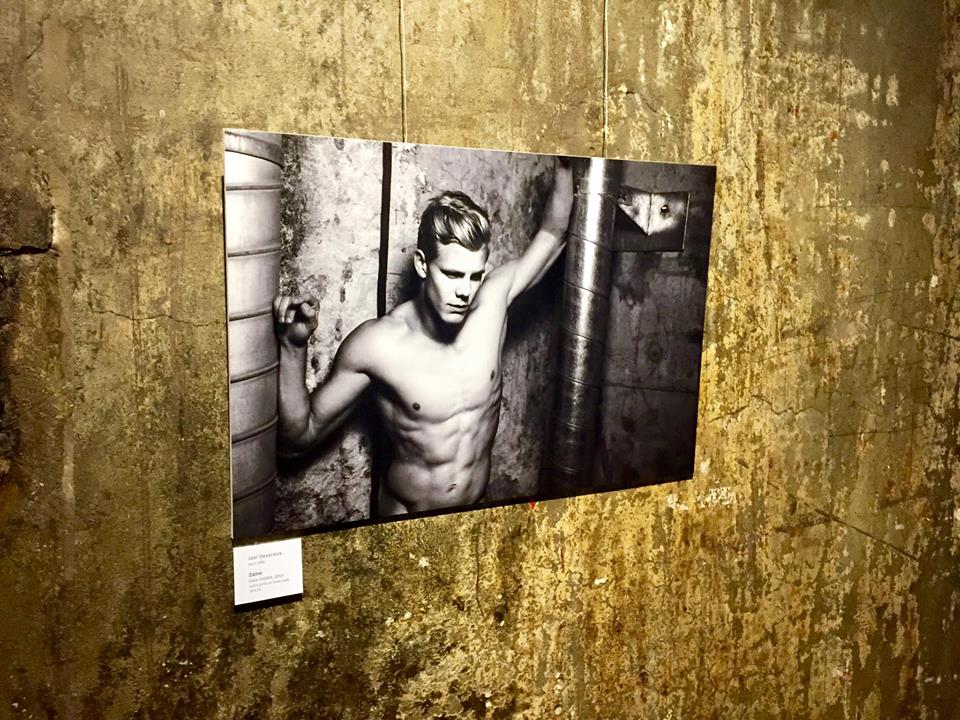 CD: What do you think of the current Brisbane creative scene?

JD:Â I think itâ€™s growing faster than anywhere else in Australia at the moment. Having recently been down to Melbourne and Sydney, I find that Brisbane is probably the most compelling at the moment. We are starting to do different things here which is good. I know that Brisbane creatives are particularly aggressive when it comes to chasing their careers so I hope more of us stick around and give Brisbane more of a chance. I think itâ€™s lazy for people to discount Brisbane as a strong creative community as although we can be a sleepy and last-minute, we do provide a lot to the Australian scene.

CD:Â Do you think itâ€™s improving?

JD:Â Certainly. I personally think that places like Melbourne are creatively over saturated, and which then creates a lot of cliques and attitudes which Iâ€™m not a fan of. Iâ€™ve heard great things coming from Perth as well.Â 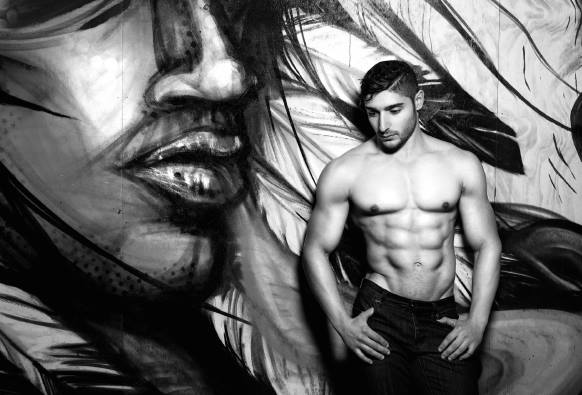 CD:Â As a producer/ costume designer, you recently completed a run of Boy & Girl 2: Mercury Rising at theÂ Powerhouse. Do you enjoy not being behind the camera?

JD:Â I did! It was refreshing. Iâ€™m not actually a costume designer but I took on that role to a degree with the first Boy&Girl shows at the Powerhouse last year, so it was nice to come back and do something different. I was really proud of everyone in that show and especially how well the costumes were received.Â

CD:Â What other projects are you working on for 2015?

JD:Â For the past 3 months my life has been Boy&Girl, Vanguard Burlesque, Company of Men Exhibition, and HYDRA, plus work 6 days a week and normal photography responsibilities. I havenâ€™t had time to think of whatâ€™s next but I do know Iâ€™m a competing artist (again) at ScribbleSlam at Kerbside on the 26th! Iâ€™m battling my friend and HYDRA model Banjo Dutton which Iâ€™m really looking forward to.Â

CD:Â Ending on a fun question, who would be your ultimate person to photograph? Living or dead.Â

Visit the Brisbane Powerhouse website for more information on the exhibition, artworks and photo book.