Local stoner rock band Junior Danger will be playing at The Zoo on June 6.

Though they have only been together since early 2013, this trio’s sound has evolved quite a bit thanks to the diverse musical backgrounds of its members.

Something interesting to note about their influences is that they tend to name individual musicians as opposed to bands.

This is because they prefer to look at individuals such as Keith Richards, Muddy Waters and Jack White as musicians and performers instead of copying how their whole band sounds.

As you’ll read, they also have a lot to say about their own rock sound and the state of live music in Brisbane.

CD:Â Tell me about your musical careers before this band got together.

Michael:Â Pretty wide ranging I think. Darren and I have played in a number of bands over, probably the last six or seven years. A wide range of influences and other band members and so on. So I guess that was our sort of grounding. Tom’s much the same. We met Tom for the first time a few years ago when we were both playing in different bands that were on the same bill one night. So it came to fruition quite well last year. Then we were keen to get a drummer to come in and complete the line-up of stuff that Darren and I were working on. We got Tom around for a jam and things just sort of progressed pretty well from there.

CD: What progress have you made on your EP?

Darren: We did some demo tracks a while back which we just did at home in the studio. Besides that, it’s just planning the upcoming recording which will be part of the EP.

CD: How long has it taken to write all the material for it?

CD: What equipment do you use to get that dirty rock sound?

Darren: I’ve got a few different kinds. I’ve got one of Tym’s Rams Head fuzzes, a Wren & Cuff Caprid and I’ve also got this Black Keys/White Stripes sort of gimmick fuzz which surprisingly sounds pretty sweet.

Tom: I recently bought a Sleishman kit which is doing the trick.

CD: You were meant to play a gig on May 24th that got cancelled. Can what tell me what happened there?

Michael: It was actually supporting The Buzzbees’ EP launch that was all set down to be at the wonderful Tempo Hotel on a Sunday night a few weeks back. As a lot of people probably know, at quite short notice The Tempo has been indefinitely closed for supposed renovations but there’s also a whole number of other issues there. It was pretty unfortunate for all involved with a gig that was well and truly planned and a lot of money had already been spent on it. Turned out quite well because the Buzzbees did get to move and launch their EP at the Black Bear Lodge. Unfortunately that was a couple of weeks before the initial launch date and we weren’t in a position to be able to play that show because Tom was away. It was one of those quite frustrating times for everyone involved and I know The Buzzbees and everyone promoting it took it pretty hard and obviously got hit financially when these sort of things happen. Unfortunately [it’s] a bit of a reality of the live music scene at the moment.

CD: What do you think is causing this downturn in live music?

Michael: I think it’s a whole lot of factors, just in my opinion. There’s obviously been a lot of the residential developments in what were traditionally entertainment precincts. [That’s] always hit it quite hard. It started with Festival Hall in Brisbane at least and it’s really continued through. I think there’s a whole range of factors and a lot of regulatory requirements on venues whether they’re live music or not now that are really forcing a lot of them to do it quite tough. 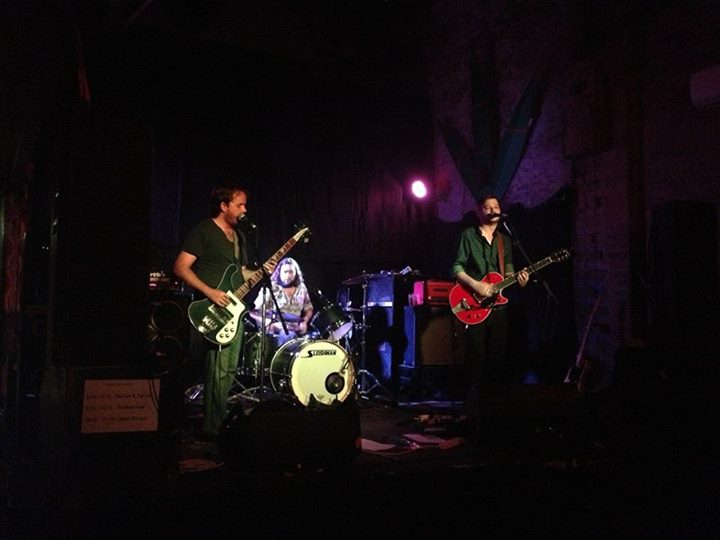 CD: Looking to the future, what can people expect from your upcoming show at The Zoo?

Darren: Some new material that’s for sure. I think we’re just really starting to hit our stride as a band. I think it’s going to be a pretty energetic show. It’ll be a lot of fun.

CD: What other bands will be playing that night?

Michael: We don’t know a huge amount about everyone. We actually played a local showcase gig with Mazer at The Zoo back in January. Those guys are a lot of fun. They really bring a lot of danceable beats and a really tight sound.

Darren: Did you say ‘danceable beats’?

Michael: I did. They brought some funk there which is probably not what we’re going to be bringing to the evening. Youth Allowance have obviously done really well. I think they got quite deep into the Ric’s Exposed comp and those guys have been getting a fairly good reception elsewhere. Radioukast, I was just checking them out before and they’ve got quite a cool sound as well. So we’re really looking forward to checking out the other acts on the night. It’s always good to be playing with bands you’re not overly familiar with and seeing different genres of music and getting to know them as well.

CD:Â Can we expect a Junior Danger Tour anytime soon?

Darren:Â Let’s hope so. That’ll be the plan in the long run I suppose.

CD:Â Is there anywhere in particular that you’d like to play at?

Darren:Â Obviously Sydney and Melbourne. I’d love to play in Perth too. There’s a pretty awesome scene going on over there. That’s where I’d be aiming the van.

Michael:Â I think a spot at Byron Bay would be fantastic as well. Especially during the peak season, it’s always a mad night and a good venue to play at.

More info:Â Junior Danger will be supported by Youth Allowance, Mazer and Radioutkast.

Dress For The Races With Indooroopilly