The banjo-slinging, guitar-killing and equally impressive piano-shreddingÂ Karl S. Williams is a giftedÂ muso who can paint a musical masterpiece with each note he sings, strums, picks and taps.

He is the industry’s up-and-coming Da Vinci, with a soulful talent that will confound your expectations.

After the release of hisÂ musical offeringÂ Heartwood back in August, and a quick trip around the nation with fellow six-string-weilders Busby Marou,Â Williams touched back down in Brisbane forÂ BIGSOUND where we had the opportunity to catch up with the self-defined ‘musical fool’. 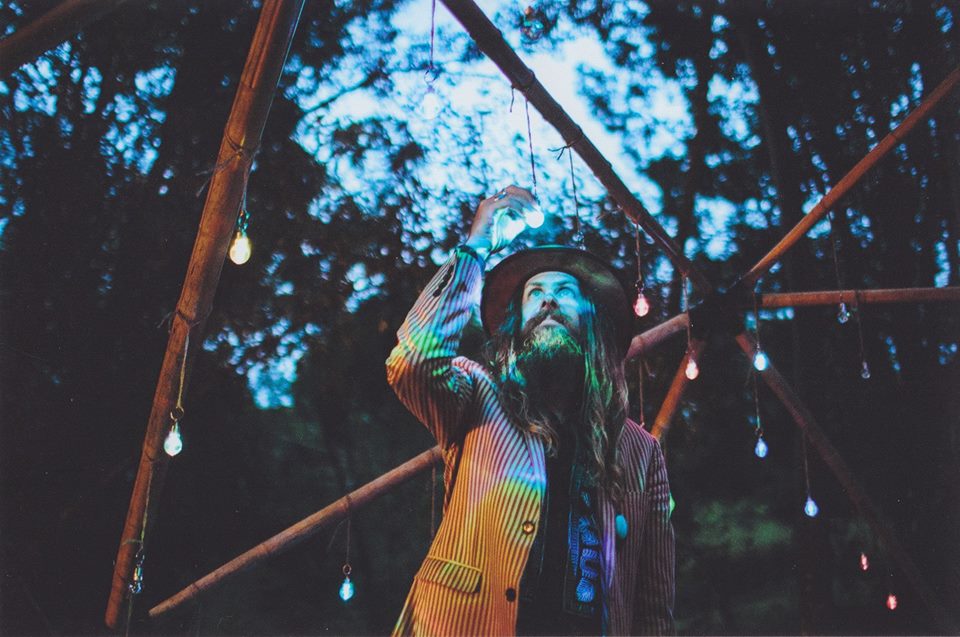 CD: When did you first start playing music?

CD: What influenced you to start?

Karl: Iâ€™d always had an interest in it but I didnâ€™t own an instrument or picked up one before. My parents bought me my first guitar and it just felt really natural.

CD: What artists influenced you when you were a young musician?

Karl: Certainly a lot of delta blues artists. Son House was a big one. Robert Johnson, of course. I was also a big fan of Blind Willie Johnson.

Karl: I seem to find it everywhere. Life tends to be very inspiring.

CD: Do you have any favourite artists now that you didnâ€™t know when you first started playing music?

Karl: Yeah, so many! Steve Smyth is a very great artist who I feel a lot of kinship with. I love James Blake too. The new Sharon Van EttenÂ andÂ Angel OlsenÂ are great as well. Thereâ€™s just so much great music out there.

CD: So your album â€˜Heartwoodâ€™ that was released in August was actually a re-release?

Karl: Yeah it was. I first released it independently in August last year. Fortunately the Footstomp Records people found it somehow and wanted to re-release it. So we went into the studio and recorded three new songs for the album. 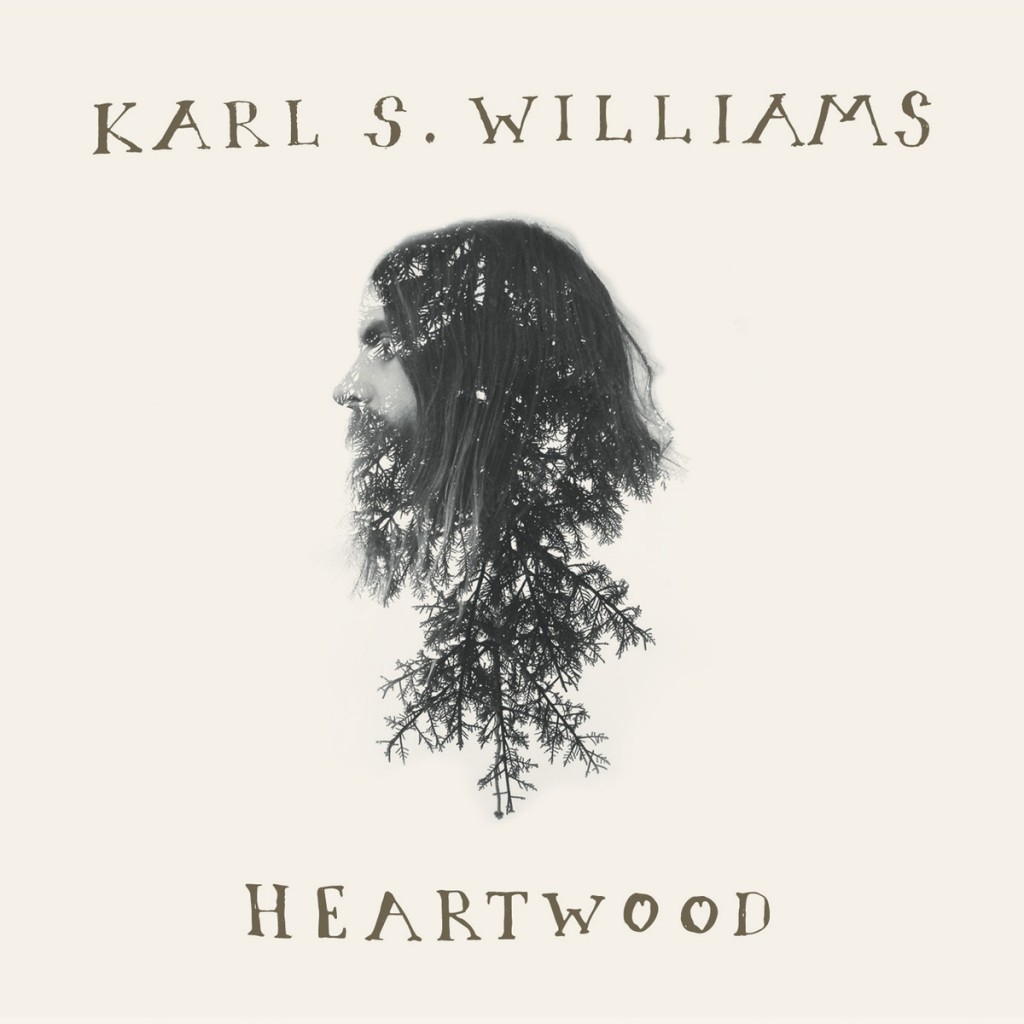 CD: Which three were the new songs?

CD: Did you make any changes to the original songs?

Karl: No we didnâ€™t. We left them as is, although I think they may have been re-mastered. Structurally we didnâ€™t touch them.

CD: Did your producers Mark Meyers and Yanto Brown have a lot of influence over how it turned out?

Karl: Not as much as maybe some producers do. Usually when I write a song I donâ€™t think about modifying it. But when we worked with Mark, whoâ€™s previously done some work with the Middle East, he would come in and make suggestions about trimming intros and adding extra choruses, which was a new experience for me. I worked with Yanto previously on the original recordings, so heâ€™s always been very willing to facilitate my ideas. So, it wasnâ€™t really a prescriptive sort of thing, it was more like we were bouncing a few ideas back and forth, and I was open to any suggestions they made. Their ideas were fortunately all in line with what I had in my mind originally.

CD: You also drew all the album artwork yourself. Is that another creative outlet for you?

Â CD: Do you have any other creative outlets or secret talents no one knows about?

Karl: [Laughs] not that I can think of. I like to try my hand at all sorts of things. Iâ€™m about to try and do some video editing, so that should be fun.

CD: You just came off tour with Busby Marou. How was that?

Karl: It was really great. Those guys are a lot of fun and really welcoming, so it was such a pleasure to travel with them and Darren Middleton as well. There were a lot of family vibes floating around that tour.Â

CD: When you perform it looks like you lose yourself in your performance, is that what itâ€™s like for you?

Karl: Yeah, itâ€™s very much an unconscious thing a lot of the time. I am aware of the crowd and everything else going on but it does feel like a different state of consciousness for me. 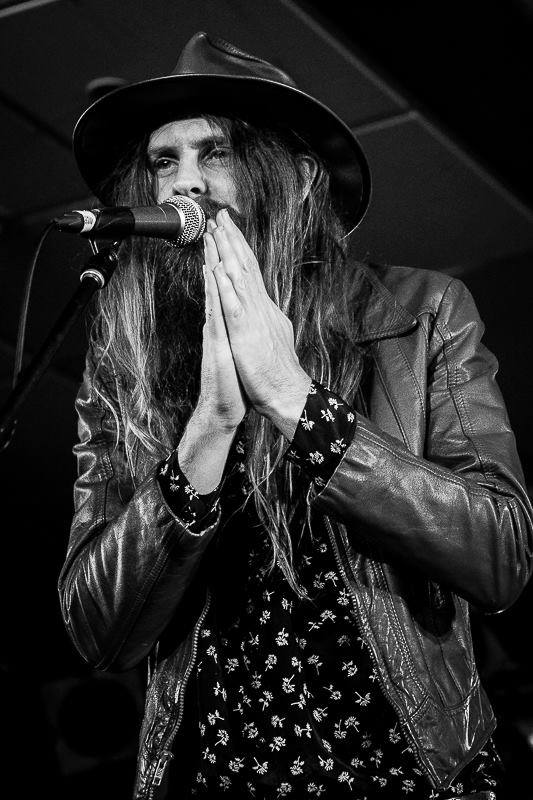 CD: Have you started working on your second album at all?

Karl: Iâ€™ve been doing a lot of writing, but I havenâ€™t made any definite steps towards it. I guess the re-release of Heartwood is still pretty fresh, so weâ€™ve been focused on giving that itâ€™s time in the sun. Iâ€™ve certainly been thinking a lot about the next album.

CD: Any ideas of how itâ€™s going to sound?

Karl: Angel Olsenâ€™s first album is really quite sparse recording, and Iâ€™d love to do something like that.

CD: When do you expect youâ€™ll start recording?

Karl: It will probably be mid-way through next year. The sooner the better, and I think Iâ€™ll probably be doing a few things over the next couple of months just towards demo-ing and trying out new things in different studios. But I think it will begin in earnest around mid-next year.Â 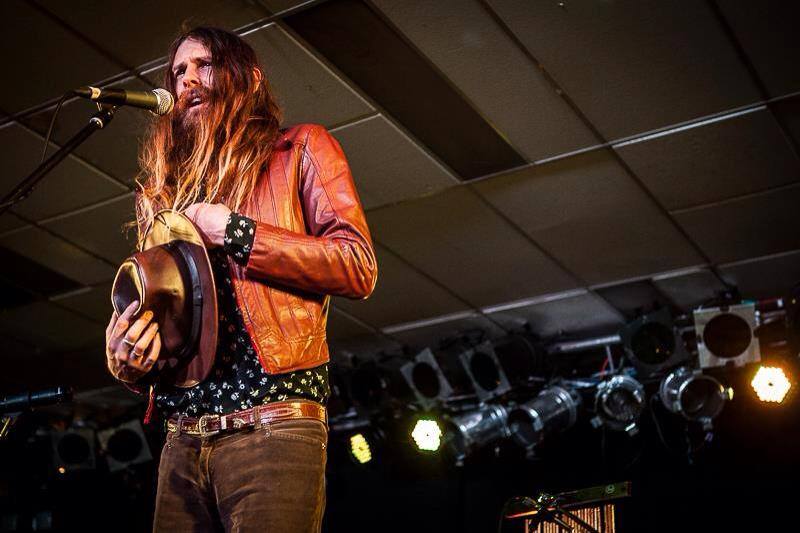 Karl: Iâ€™m going to CMJ Festival in New York at the end of October, so thatâ€™s really the next big thing for me.

CD: Have you been to America before?

Karl: No, Iâ€™ve never been overseas.

CD: How exciting! Are you nervous about travelling overseas?

Karl: Iâ€™m probably more nervous about the size of New York. Iâ€™ve never been in a very large city before, Iâ€™ve always lived in small towns.

CD: How long are you going there for?

Karl: Iâ€™ll be over there for a couple of weeks, and then weâ€™re coming back and doing some festivals like Festival of the Sun and Bridgetown Blues.

CD: Have you got your own tour planned for the future?

Karl: Yes, I think around those festival dates in November and December weâ€™re going to try structure a proper album launch tour.

Review: Angus And Julia Stone At The Tivoli