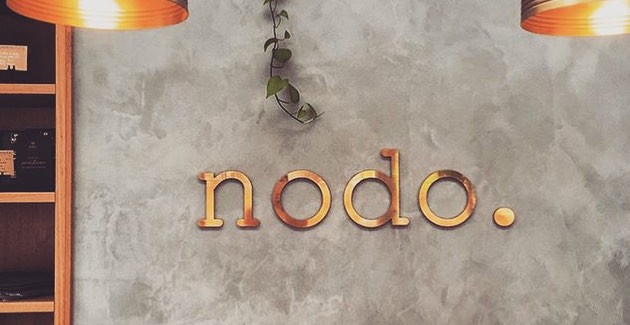 2015 was basically the year of the donut…

We lined up for hours to get our mitts on one when Doughnut Time launched in the city, gave ourselves food comas inhaling the donut freakshakes at Chester Street bakery, and instagrammed thousands of #foodporn pictures all in the name of the humble donut. 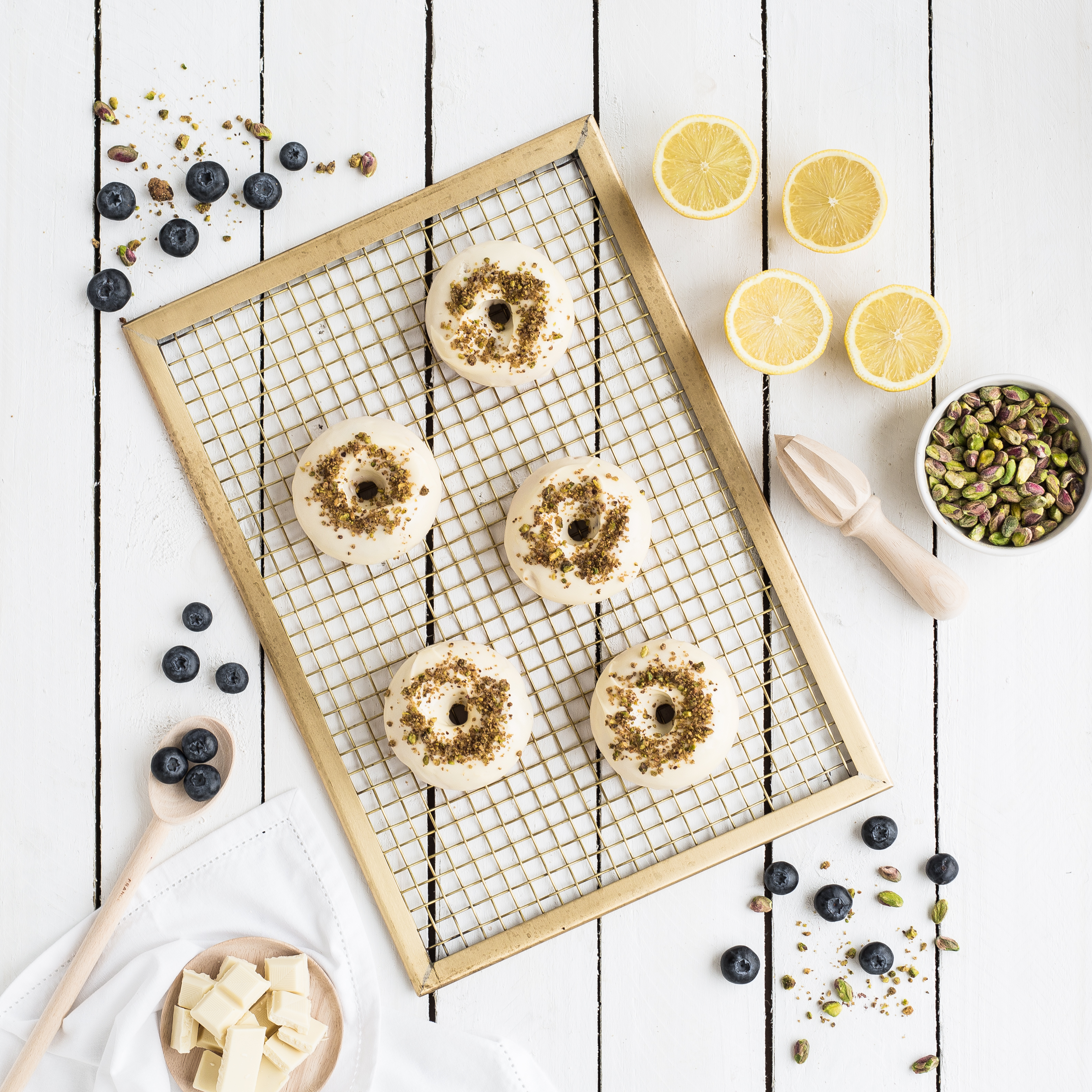 NowÂ the initial sugar rush has worn off and we’re all beginning to seriously question our life choices now that we can’t fit into our bikinis, is it time to (gasp) have a donut detox?

Don’t freak out yet, donut junkies! At Nodo Donuts (pronounced “no-dough” for a reason) you can happily indulge in a donut because their donuts are gluten-free and baked, not fried.

The donuts are made from a base of all-organic dairy products, gluten-free flour blends, coconut oil, sugar, milk and cream, and raw and rapadura sugars, so they really are the world’s friendliest donut!

We chatted with Kate about where she finds inspiration for flavours (hint, everywhere!), what a typical day involves for her and the exciting new changes coming to Nodo. 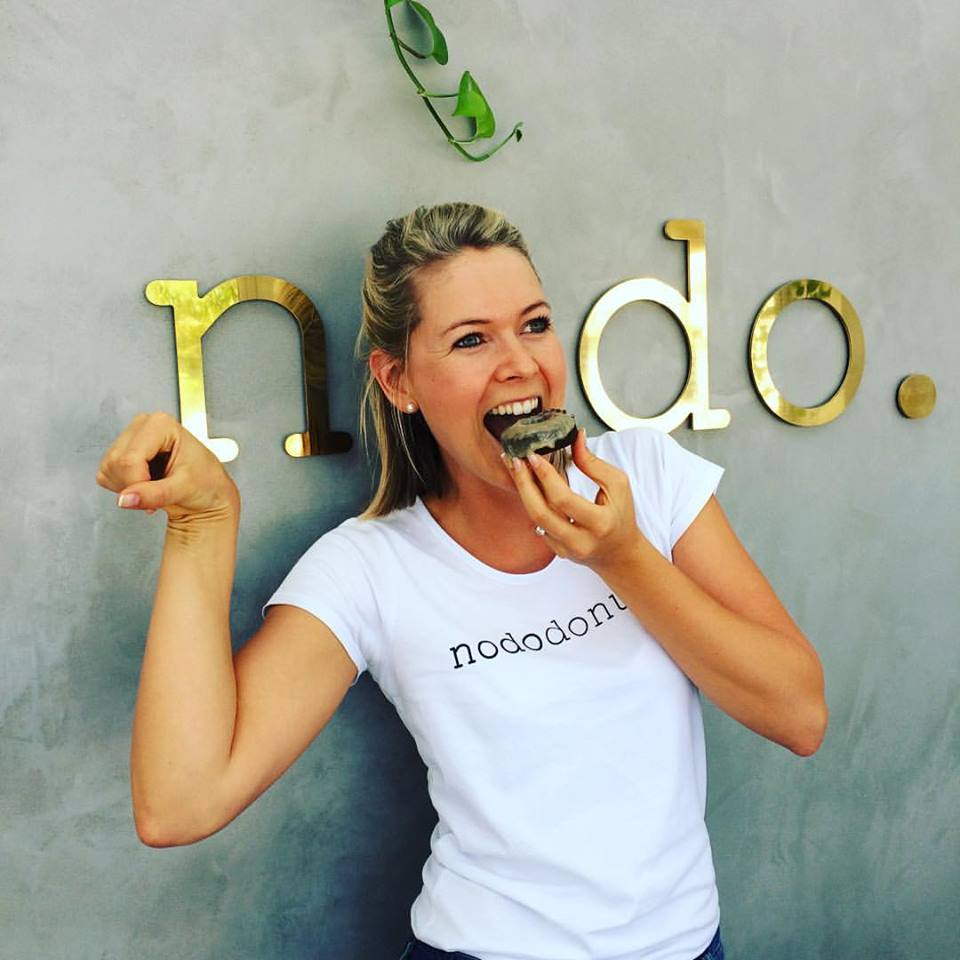 TCI: Hi Kate! So why did you decide to launch Nodo Donuts?

Kate: It was a bit of fun really – I was diagnosed with Coeliac disease about eight years ago and when you’re diagnosed with something like that, it kind of takes away the fun from food because you go into a place and you don’t really get to choose what you want – you have to just choose from what you can have and especially eight years ago, the choices were really limited. Donuts were a favourite childhood treat of mine and there’s nothing more fun than a donut, so I thought it was just a way of bringing back that fun element into gluten-free baked goods.

TCI: How did you go from the concept of Nodo to setting up your own shop?

Kate: It was kind of a long process because I started at the markets about two years ago and I kind of had a gut feeling that I knew that it would be well received, but I wasn’t sure. So I got some markets and slowly people started coming and they’d come every week and I received such good feedback that it just kept driving me to keep going. Then I got a lot of interest from wholesale clients so I started going down the wholesale route and supplying cafes, but I suppose I lost a bit of touch with having that customer interaction, so I’d drop them at the cafes and then I’d run off so I sort of lost a bit of touch. I think the dream was always to have a place of my own so we launched our own cafe three months ago.

TCI: What were you doing before Nodo?

Kate: When I was studying, I was always in hospitality so I always loved food but then my career took me into marketing which I also love being creative and so I did my Bachelor of Business (Marketing) at QUT. I think my goal was to combine my two loves, so the marketing and working in hospitality with food.

TCI: Describe a typical day for you.

Kate: We get in the kitchen at about 4 or 5am and then we start baking the donuts, so they’re baked fresh every day, so I’m in the kitchen with the girls baking every morning. I spend a lot of time out in the back, that’s where I love and then I try to get out the front to be able to interact with the customers that are coming in as well. This year I’m trying to incorporate a bit of time out for myself as well, so getting a regular exercise routine and having a bit of time out because it can become all consuming! I think for my health and the longevity of the business I try to have a little bit of time out, but I’m pretty much obsessed with it so I pretty much don’t switch off donuts! 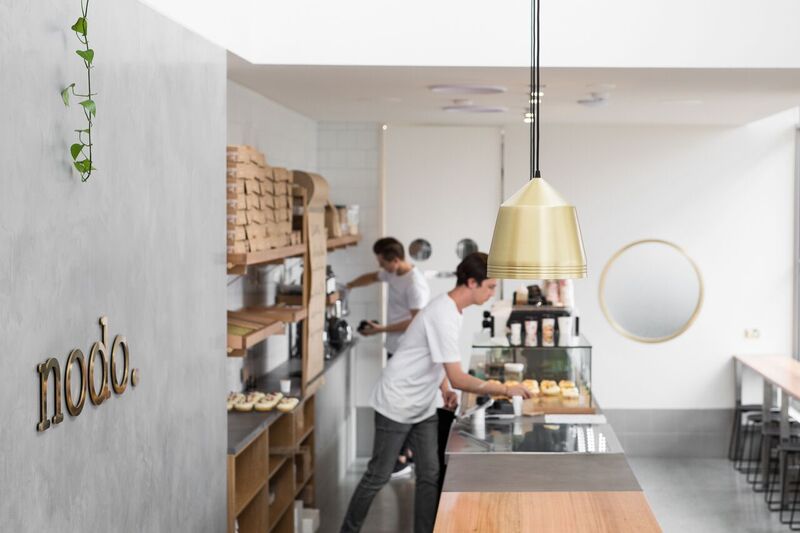 TCI: Where do you find inspiration for flavours?

Kate: Everywhere I go. It’s always on my mind wherever I’m at, whether I’m at a cafe or looking at a magazine or Instagram, Pinterest, if something catches my eye I always think, “how could I turn that into a donut or flavour?”

TCI: What makes your donuts so damn delicious?

Kate: I’m always trying to tweak them, change and improve it, so we use organic rice flours and we also use a little bit of almond meal in there as well, free-range eggs and then we sweeten it with organic raw rapadura sugar. We also use a lot of couverture chocolate as well for the toppings.

TCI: What’s your most popular donut?

Kate: Everyone just loves the Raspberry Coconut with the Couverture White Chocolate and Vanilla Bean and I actually was never going to do that, but I had a request early on when I started the markets. Someone said they wanted a raspberry and white chocolate, so I made it for their birthday and it was the best-seller at the markets, so I haven’t been able to take that one off. So that one and also the Pumpkin Maple with Dark Chocolate and Gingerbread Crumble – everyone went crazy over that one!

TCI: Do you have a favourite donut?

Kate: When I first started making them I was in love with the Blueberry Ricotta with the Lemon Cream Cheesecake and Pistachio, but my favourite one now is probably the Valrhona Beetroot with the Dark Chocolate and Cacao Nib Crumble.

TCI: How have people responded to your donuts – are they just as popular among those without food allergies/intolerances?

Kate: Yeah, and that was my goal because my husband’s not a Coeliac and when I was doing the testing, he’s very honest and so when I was doing the product testing I said, “look, I want this to be gluten-free but I don’t want to limit the market to just looking after the people with gluten-free, I want it to have mass appeal, so I don’t want it to taste like a gluten-free product,” and the feedback has been really positive. But I also find, and I’m really surprised at how many people come in and are gluten-free, or they’re trying to find a treat because they’ve got guests coming over that are gluten-free – everyone’s trying to cater for that one person with a food allergy or intolerance.Â

TCI: Any plans for the future of Nodo?

Kate: Yes, we’re just trying to ever evolve, we’ve launched the cafe with our donuts, our supershakes and our coffee but I really want the cafe to encompass living a gluten-free lifestyle. So we’re going to launch a new menu in February and it will be really small but it will include a couple of really beautiful items so people can have a breakfast or a lunch as well.

You can sink your teeth into one of Kate’s donuts at their cafe at 1 Ella Street, Newstead.

Six Podcasts You Should Be Listening To

Simon Burke Melts Hearts with Something About Always