The Creative Issue recently spoke with Katie Wighton, the guitarist and vocalist for Australiaâ€™s favourite all-female folk band,Â All Our Exes Live in Texas. Â

We discussed the bandâ€™s debut album,Â When We Fall, supporting some of the industryâ€™s biggest names, and their own national tour.

“The biggest thing about all the people that we’ve supported is that they’re all really lovely humans.”

â€œMidnight OilÂ blew my tiny mind. They have more energy than me and theyâ€™re 30 years my senior, itâ€™s inspiring. I hope that we have even half the energy and strength that they have musically when Iâ€™m older.â€

â€œIt almost feels like [our headline tour] is a bit of a relief. Itâ€™s just weekends and weâ€™ve got some time off in between. The places are lovely and itâ€™s pretty chilled out.”

“When you play supports you often only get to play for half an hour. Iâ€™m really excited to play for an hour, itâ€™ll be really fun. Iâ€™m super excited,â€ she said. 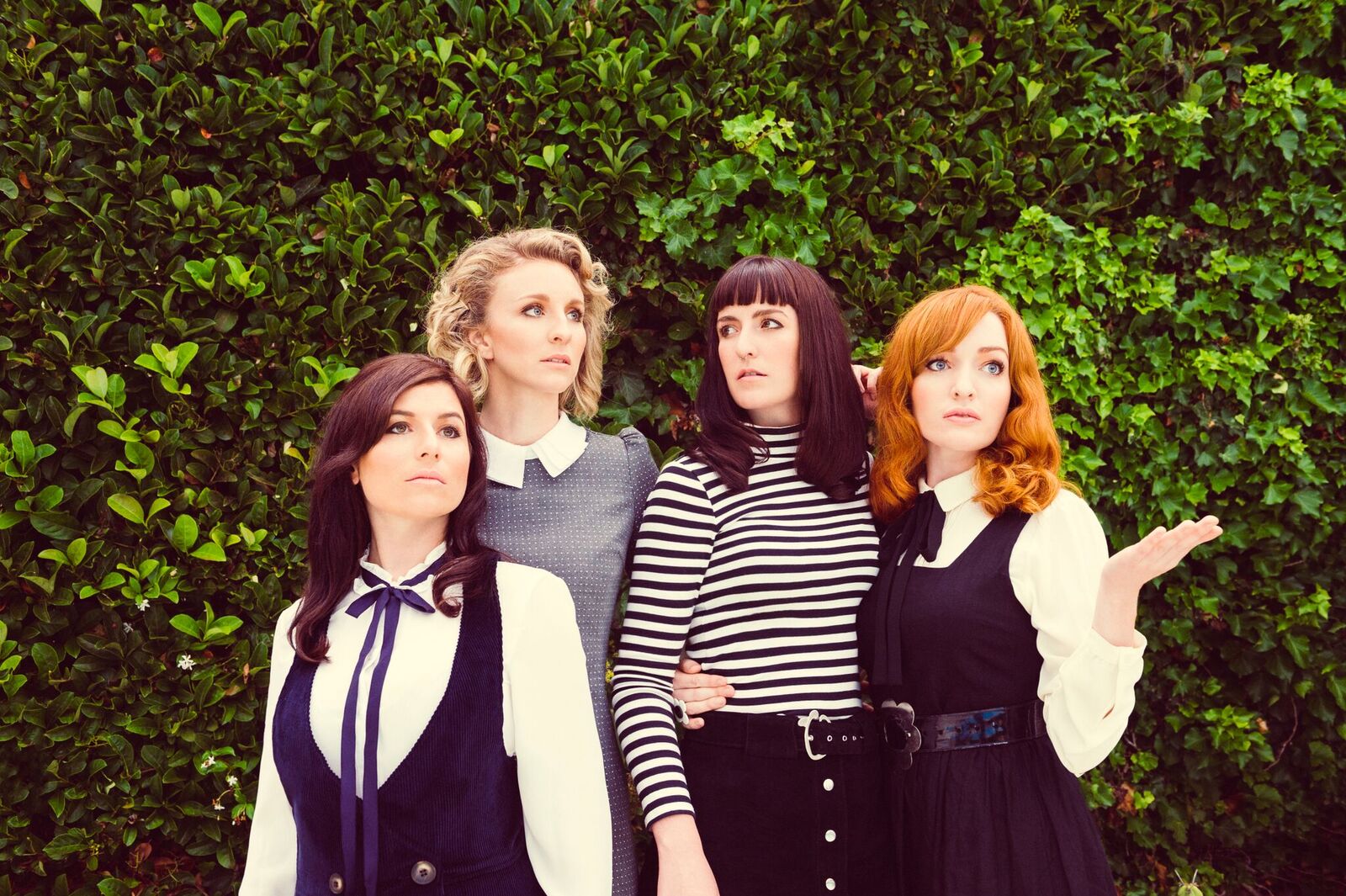 All Our Exes Live in TexasÂ certainly wonâ€™t have any trouble filling these hours, as they recently released their stunning debut album,Â When We Fall. Katie told us about the bandâ€™s time recording the album.

â€œIt was an amazing experience because we worked with an amazing producer, Wayne Connolly. He was just a complete dream to work with and we got a bunch of our friends to come and play on it as well. It was a really fun timeâ€

â€œThe songs that weâ€™re writing now are coming from a place of strength, rather than vulnerability, not that thereâ€™s anything wrong with that.” Katie said.

While folk might not be given as much commercial attention as other genres, Katie said thatÂ All Our Exes LiveÂ in Texas have been given a great amount of support.

â€œWeâ€™re not really interested in changing our sound to fit into a certain mould. Weâ€™ve has a lot of support from the ABC and Double J. Our audiences are incredibly loyal and lovely.â€ She said.

We also spoke to Katie about how the bandâ€™s experiences navigating the music industry with an all-female team. She told us about some of the difficulties they face dealing with inequality in the industry.

â€œGetting touched inappropriately at gigs by punters and by industry people who should know better. I think the industry stuff is really hard because you donâ€™t want to make enemies. ”

“Weâ€™re still trying to make our way in the industry and we donâ€™t want to get anyone offside. Itâ€™s hard when you feel like youâ€™re being treated unfairly.â€

â€œIt’s insidious, and thatâ€™s the scary part about it, I think. Itâ€™s not blatant like it used to be. I wouldnâ€™t look at it as any different to being a man. The only difference is that weâ€™re not given the same respect, I donâ€™t think, yet. Which is a shame.â€ Katie said. 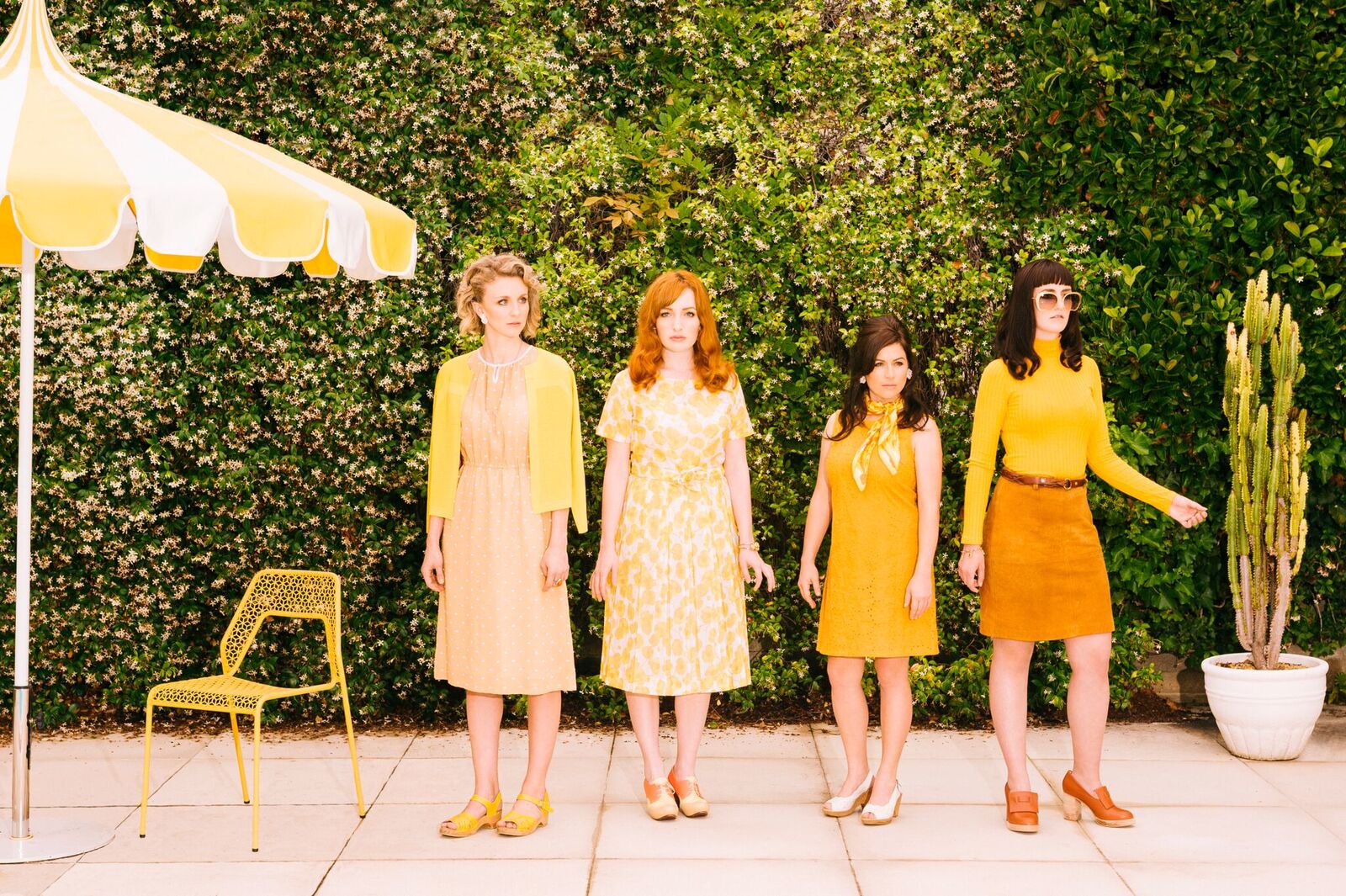 Katie cited a course that she took a few years ago as a greatÂ experience for learning about the importance of assertivenessÂ in the industry.

“I’d never distinguished between being aggressive and assertive, I always just thought being assertive was being aggressive. But you can be really warm and explain something to someone in a Â really strong, calm way. I think that gets across the message a lot better.” Katie said.

Itâ€™s also important for men to do their part, Katie advised.

â€œIf you see something happening that not okay, say something to the man. Because heâ€™ll listen to you rather than the woman. Thatâ€™s a shame, but until the culture changes, men need to be our advocates, as much as we need to be our own advocates.â€ said Katie.

Katie is originally from Brisbane and will be back in her hometown soon as part of the bandâ€™s national tour, and said sheâ€™s looking forward to playing here again.

â€œIâ€™ve always wanted to play at the Old Museum, itâ€™s been a bit of a dream venue. Itâ€™s the last night of our tour, my boyfriend is coming and my family will be there. I think that will be my favourite.â€

â€œWe have a band playing with us that night, drum and bass. Iâ€™m really looking forward to that show. Itâ€™s all going to be amazing.â€ She said.

You can follow all the latest news from AllÂ Our Exes Live in TexasÂ here.

General Admission (at the door)-Â $38

More Info:Â Under 18s are able to attend this event if a parent attends with them.

INTERVIEW: Getting A Gutful of Bad//Dreems