Painted Prose invites 14 artists from Barcelona, Sydney, Brisbane and Paris to exhibit their visual interpretations of selected poems by Brent Bridgeford. Participating artist, Kellie Douglas of Faithlovemagic was so intimidated by the high standard of artwork she aims to redo her original piece entirely.

Kellie has been painting for years, but only started developing her own unique style from the end of high school when she began painting in inks. Her subsequent move to Brisbane from Townsville, however, allowed her to feed her creative mind in ways she hadn’t thought possible. She had a solo exhibiton at BREW last year, featured work in Autumnfest 2013, and a corporate commission to illustrate the booklet for the Australian Shadow Report on the UN Convention on the Elimination of all forms of Discrimination Against Women (CEDAW). 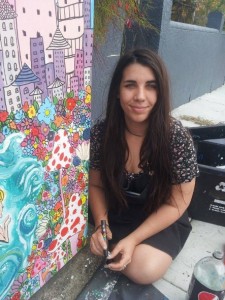 Kellie’s vivid, dreamlike creations often manifest themselves in Brisbane’s everyday spaces. From sticker form in the Valley toilets, to recently on a traffic signal box on the corner of Juliette and Logan Road in Greenslopes as part of the Urban Smart Projects initiative.

We sat down with Kellie to ask her all about her work.

CD: What did your contribution as an artist for Painted Prose involve?

Kellie: We were given three of Brent’s poems and asked to choose one that we thought we could interpret. I chose one that resonated with me…but then I had a bit of a think about the poem and realised that the painting I had done was kind of the lead-up and I see it differently now, so I am currently trying to do another one which shows the poem better, or at least what I have interpreted it as after thinking about it again.

CD: How would you describe your art to someone who knows little about it?

Kellie: I use bright inks, watercolours and fine-liners. I guess my style is colourful and feminine and magical, maybe? I am trying to move away from my normal ‘girls, flowers, patterns, nature’ style that I always find myself doing, but I will always have a bit of that in my work. 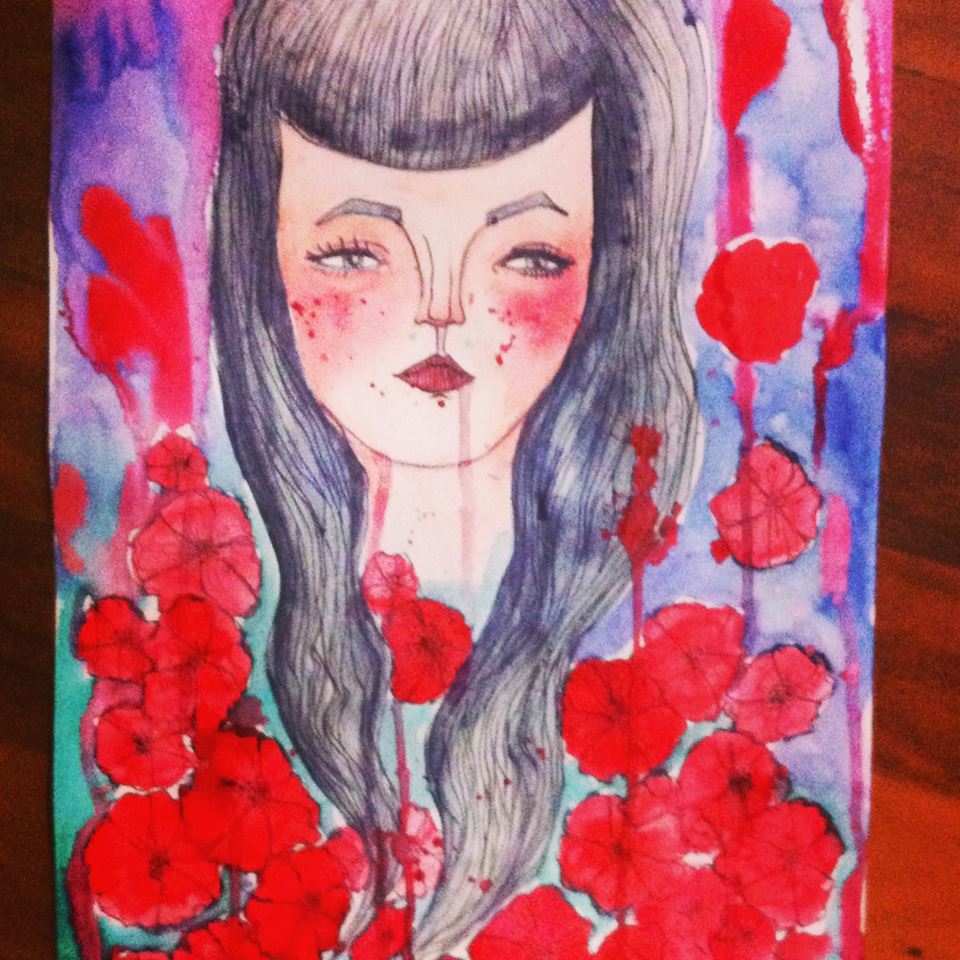 Kellie: I play by no rules – I don’t really use many techniques that I should. It would be a lot easier if I did but I am messy and just splash things around and mix mediums.Â I just painted a picture today in a few hours with house paint, and tried to use it as a watercolour even though it would dry five seconds after it touched the paper

CD: What’s the story behind your alias?

Kellie: Faith is my middle name, but I also use it as I have faith/believe in love and magic.

CD: This is a bit of a clichÃ©, but what inspires you as an artist? 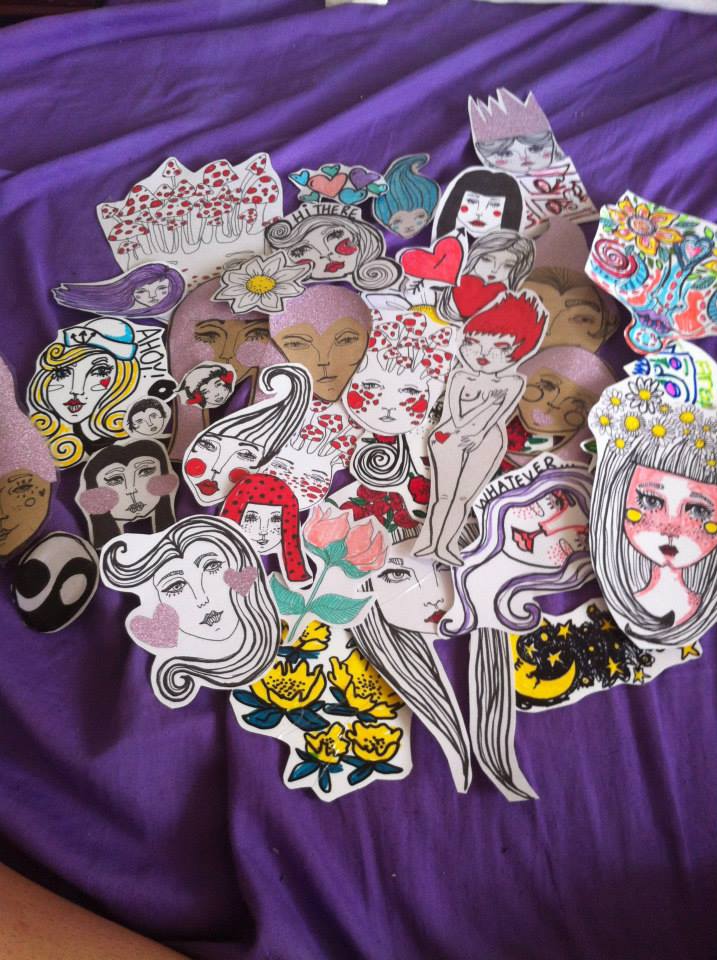 CD: What’s next after Painted Prose?

Kellie: I’m currently getting some works together so I can hopefully hold a new exhibition – no idea where yet but I would like to have one before the end of the year, or at the start of the new year. I will take any commissions and anything that anyone wants me to do also!

More Info:Â Kellie is contactable for commissions at her Facebook page.

Rock For The Reef At Brisbane Powerhouse