Linda PhamÂ has quietly been making her mark on the scene with her designs under the nameÂ CallMeMaxÂ where she was finalist in theÂ Kinki Gerlinki ProjectÂ and a designer forÂ Do It In DressÂ virtual fashion show. Now that sheâ€™s set to finish her Associates Degree in Fashion Design and TechnologyÂ from RMIT, I caught up with the young designer to see what was next in her fashion career, and what itâ€™s like to be an up and comer in the Melbourne fashion scene. 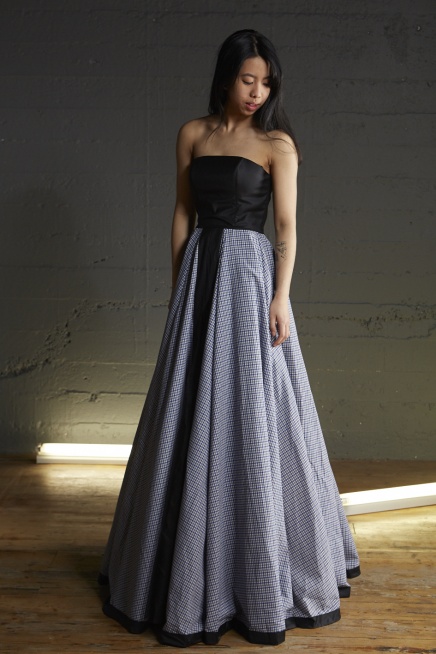 CD:Â How long have you been designing for?

LP:Â Iâ€™ve been designing for quite some time, being young and ambitious, I drew a lot and did a lot of sewing just to try out things, but they were never correct to the industry standard. But when I started TAFE in 2011 I learnt how to properly produce a folio and really design.

CD: In three words, describe your designs and your style?

LP: Downtown Melbourne Woman.
And I donâ€™t mean woman in a gender sense, but rather with more of a political stance.

CD: How would you describe the CallMeMax girl?

LP: The CallMeMax girl is fun, youthful at heart. Sheâ€™s got a strong sense of self as often in fashion wearing anything unconventional is daring. Sheâ€™s also an admirer of all arts and creative expression.

CD: The designs you make are somewhat structured and angular, with a real retro edge, where do you get the inspiration for your designs?

LP: My work comes from two clashed minds. The mind and memory of what I was exposed to as a child. My parents had this rad style that was so polished and stylish, and during their time, it was vintage and retro, I couldnâ€™t get enough of it!

And my second mind, is the mind that Iâ€™ve developed from learning different drawing, sewing and researching techniques, which I feel like has built up to the way I work now.

CD: Youâ€™re studying at RMIT, which is a pretty difficult school to get into, how have you found it so far?

LP: Difficult is the right word to use. I was blessed to have amazing teachers who have helped me build amazing portfolios, but definitely the progression has been tough. High school and University areÂ so drastically different, it took me awhile to adjust but in the end of the day, you have to keep faith and always work ten times harder than the person next to you.

CD: RMIT holds a fashion exhibition, which is really popular amongst fashionistas and finding the next big thing, is this something youâ€™re working towards?

LP: Oh thatâ€™s definitely a stepping-stone into the industry. As an existing student, thatâ€™s what we all work towards as it opens doors and opportunities. 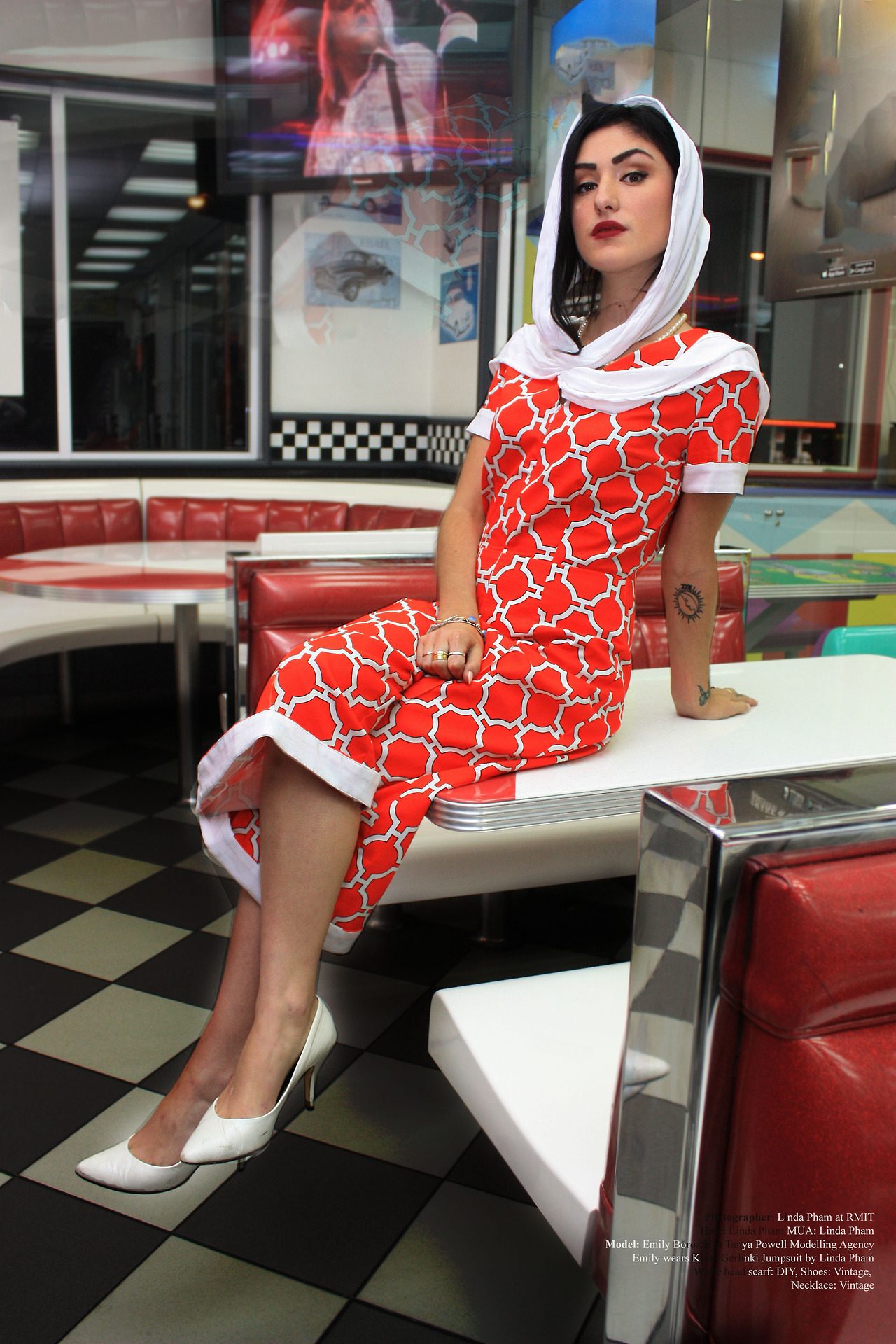 CD: Kinki Gerlinki is a popular independent label in the Melbourne fashion market, how was it working with them on the Kinki Gerlinki Project? Is this where you see CallMeMax heading?

LP: It was a great project and collaboration with Kinki Gerlinki. I especially love this kind of work, collaborating styles is challenging, but at the same time, youâ€™re still in your comfort zone of design. But as much as I love them, I think its something fun to do every so often, until my label identity is firmly set.

CD: Youâ€™ve also done the Do It In A Dress fashion show, what was the idea behind this project, and how did you find it? Was it as successful as you originally intended?

LP: The â€œDIIADâ€ campaign is sponsored by â€œOne Girlâ€™ Organisation; which raises money for education in Sierra Leone. An ambassador approached me from the campaign to produce a small collection to be viewed and auctioned off to raise funds. It became far more successful than intended. We started off with a very small team of 4, which included myself and two other designers and the ambassador. As time progressed and more help was needed to run a virtual fashion show and website, we ended up recruiting and expanded to a team of over 25 people. And within a two week turnover, we found ourselves with a website and online store. The experience was so rewarding, and its good to know with the help of Melbournians who are also trying to get out there like we are, we can produce something beautiful together. 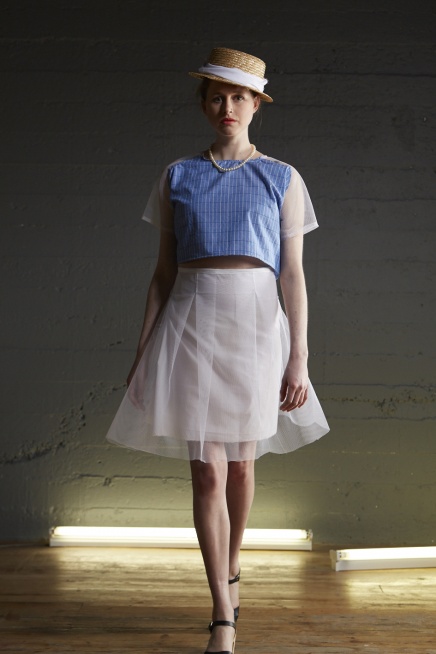 CD: Whatâ€™s your next major project?

LP: I am currently looking into producing my own website. That way I have an online space to expose my work and it also gives me to chance to get my foot in the door as the website can act as an online portfolio. So thatâ€™s my current goal and focus. Iâ€™ve been saying it for too long, Iâ€™ve got to claim and work on my branding before someone else does.


CD: What are your plans afterÂ completing your study? Do you plan on doing your own collection at some point?

LP: After I complete my current degree, I plan on continuing my studies until my Masters with some semesters abroad to keep an open eye on the fashion industry,
Producing a collection of my own would be so amazing! But thatâ€™s something I would not like to rush, Hence why Iâ€™ve only worked on pieces + looks, but one day, a collection of my own will be out there! Fingers crossed!

CD: What can we expect from CallMeMax over the next year?

LP: CallMeMax will be more present online, and collaborations in other fields other than fashion! There has been a project Iâ€™ve been involved with but it wonâ€™t be launching til mid 2015.

CD: You can collaborate with one designer, who would it be?

LP: Iâ€™ve never actually thought about which designer Iâ€™d like to collaborate with. But on the top of my head, Henry Holland is a British designer who has his own design house â€œHouse of Hollandâ€. His work is playful, and he really plays around with the art expression of pop culture. House of Holland is quite active in their social media from blogs, to twitter; heâ€™s aware of the market he caters to and thatâ€™s enough for me to want to work with them.

What Linda Pham, designer of CallMeMax

More InformationÂ CallMeMax Do It In A Dress Fashion Show video