The start of 2014 brings with it new ventures in the journalism world.Â ManTalk Magazine is one exciting publication starting out of Brisbane.

An online men’s magazine launching in January 2014 that seems to be catching the interests of some of Australia’s biggest brands and media gurus.

Creative Drinks sat down with one of the editors, Mark Basa, to find out more about ManTalk Magazine.

CD:Â What is ManTalk Magazine all about?

Mark:Â ManTalk is a monthly gentlemenâ€™s magazine published on-line, approaching media from a counter-narrative perspective. We write content that provokes thought and stimulates the mind, encouraging readers to question what they know, rather than being satisfied with what they believe. ManTalk presents readers with a brilliant, sophisticated articles married with rationalisation and out-of-the-box style thinking. At the heart of ManTalk is powerful content supported by freedom of speech and the great value it holds amongst men. The reader will discover news, politics, history and mighty tales of business. 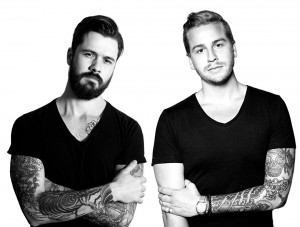 CD:Â How would you describe the team behind ManTalk?

Mark:Â Entrepreneurs from all walks of life. Mitch and I both come from business and creative backgrounds so we look for writers who have previously run businesses or held senior positions in the public sector. There is also something unexplainable we look for in a writer – that extra flair or edge one finds in an extrovert. Weâ€™ve been speaking to a number of academics and business leaders that highly regard alternative-media as their main source of information and want to be a part of the ManTalk revolution, which is great for us considering we have just launched. We are always searching for experts in Law, Science, Bio-Medicine, Natural-Medicine, Arts, Travel, Gastronomy, Style, Fashion, Business, Health & Fitness, Technology, Politics, Philosophy and History to share their knowledge. 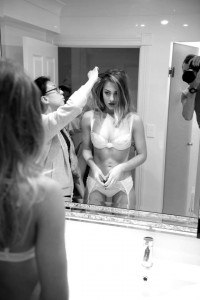 Behind the scenes for Issue 3 “Europa”. Image by Public IMG

CD:Â What led to the idea of creating an online menâ€™s publication?

Mark:Â I was frustrated with the over-dramatisation of mainstream media and popular culture, portraying entertainment as ground-breaking news. Too many people knew what the Kardashians were up to but had no clue where the Gaza strip was. We have become so disconnected with natural foods that pre-packaged, plastic sealed meat trays pumped full of hormones and MSG are considered normal and healthy. There is a constant two sided debate and no centre point of real journalism that rarely challenged the status quo and giving readers useful information. I decided to gather a select few who werenâ€™t afraid to push the envelope and present readers with more than celebrity news. Itâ€™s our mission to make information trendy again.

CD: How is your magazine different from all other menâ€™s publications?

Mark:Â Each monthly issue is tailored to a specific theme where we brainstorm the most crucial topics we believe are important to our readers. ManTalkâ€™s publishing model is based off intellectual and informative content such as international foreign policies, bio-fuels, genetically modified foods with added material demonstrating how the traditionalist gentlemenâ€™s life is led,Â  what makes a fine tailored suit, topics of conversation, how to a keep healthy mind and body, wine & gastronomy and travel. Our ‘Feature-Preneur’ department showcases the very best entrepreneurs around the world who are changing the way we do business. Our competitors focus their revenue on product placements and collaborations with brands. Unfortunately, for mankind to progress, possessions contribute very little to our overall well-being. We focus on creating outstanding content to better peopleâ€™s lives and then work with a handful of brands. 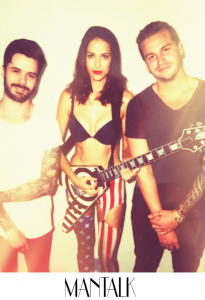 Behind the scenes for Issue 2 “God Bless America”. Image by Public IMG

CD:Â What is the vision for the magazine and what can we expect to see in the future for ManTalk?

Mark:Â The most important thing is not to expect anything and keep an open-mind. We have a progression model in place where we will initially build our content over the coming months, and eventually build a recognisable name for ourselves. We want readers to value knowledge more than anything else. We want to change the lives of anyone reading ManTalk.

Up close with Curatorial Manager on Cia Guo-Qiang: Falling Back To Earth