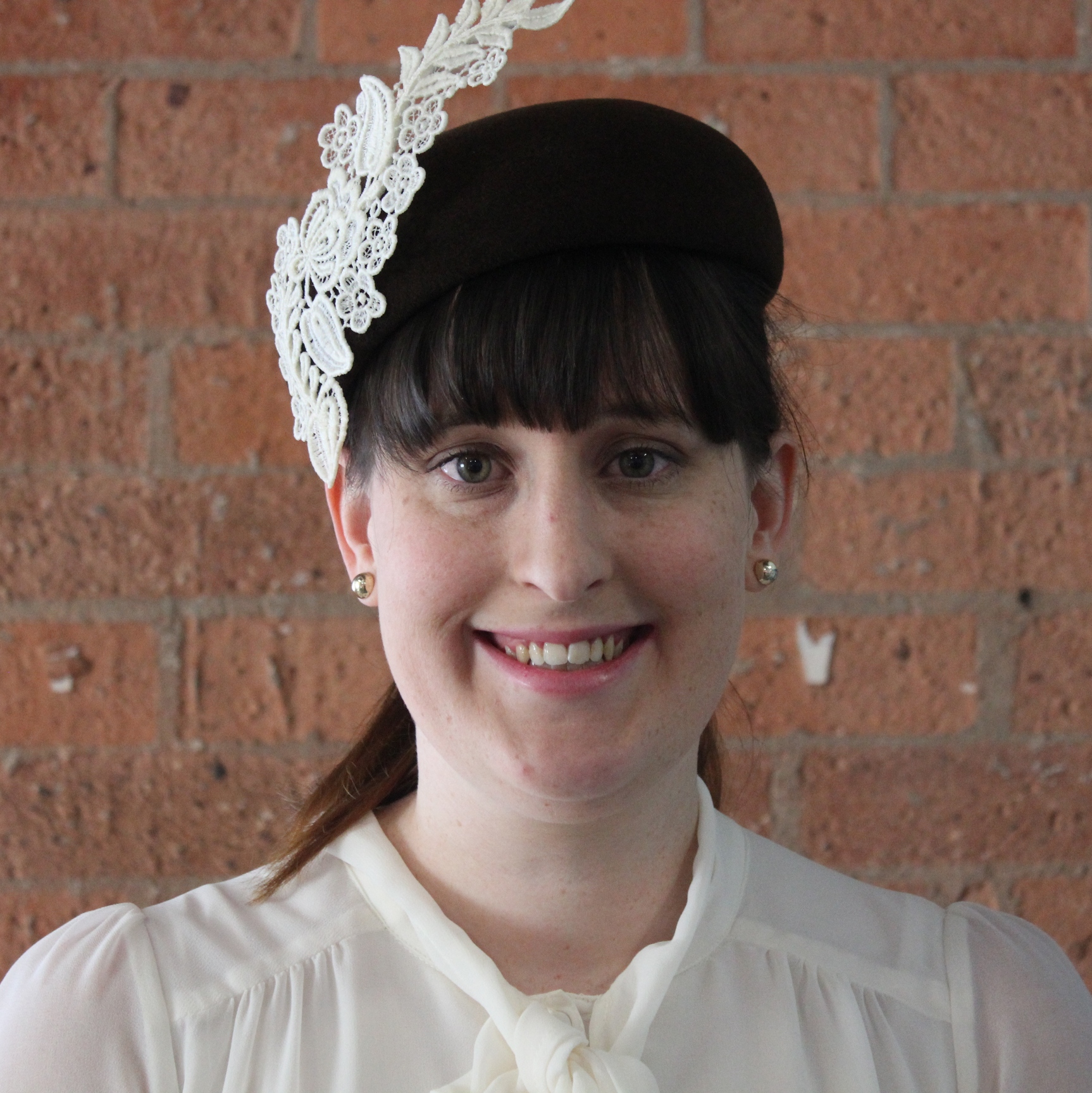 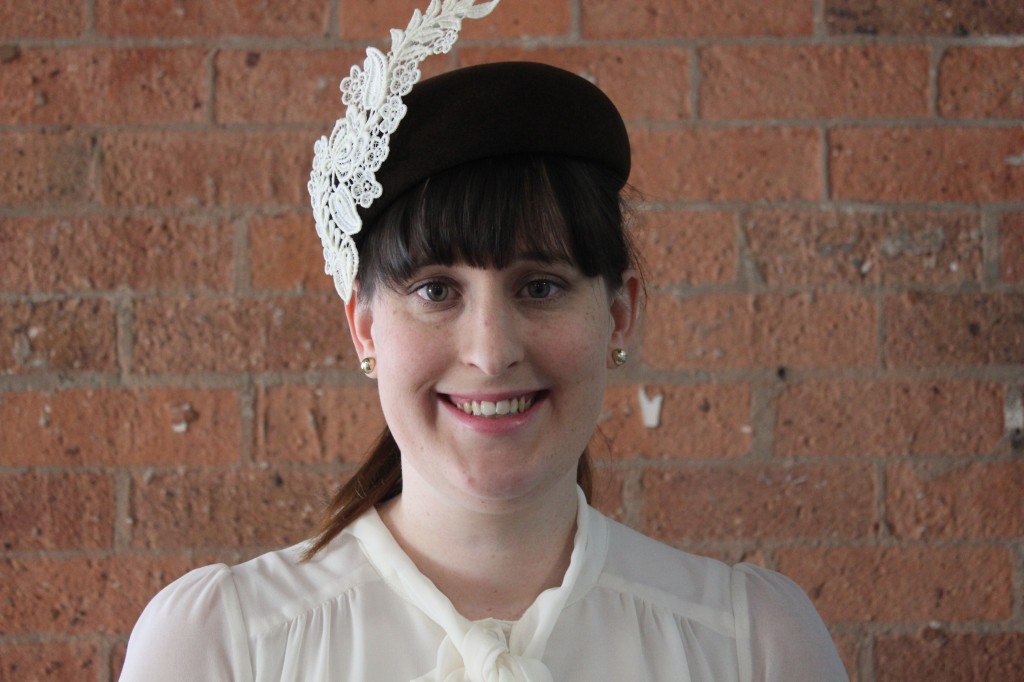 Creative Drinks: Bonnie, tell us a bit about yourself.

Bonnie: I just finished studying millinery at the end of last year, so Iâ€™ve always been interested in style and fashion and millinery was the way I decided to go.

Creative Drinks: I didnâ€™t even know you could study millinery in Brisbane.

Bonnie: Its at MSIT, the Metropolitan South Institute of Technology in Mansfield. Its part of the fashion area, it is a separate element all of its own though.

Creative Drinks: Is that cohort quite small? Its seems quite niche.

Bonnie: It is quite niche, but it is growing. It was huge. Everybody used to wear a hat whenever they left the house, you werenâ€™t dressed without a hat, people would looking at you funnily. And now people look at you funnily with a hat on. It is growing though, itâ€™s becoming more popular for people to wear hats again. I think in the 60s it dropped off because it was more about the hair and now hats have come back again.

Creative Drinks: Tell us a bit about the style of hats that you create.

Bonnie: I create quite a variety of styles, it’s quite eclectic. My personal style kind of varies a bit. I do work for particular clients, so I do have to incorporate their style into that, but myself specifically, you will rarely find me wearing a hat with a brim. I tend to wear cocktail pieces, little pillboxes and things like that or like a beret, that Iâ€™ve got on today. But I often like, itâ€™s a dirty word in millinery, but a fascinator. That sort of thing as well. Not a traditional, tip, side and crown hat, with a brim. More of a sort of art piece, rather than a hat to keep the sun off your face.

Creative Drinks: You get commissioned to do work for clients. What sort of clients are you working for?

Bonnie: Mainly, it’s just private clients. People wearing a hat for the races or to go to a wedding. I also do bridal pieces and veils and things like that. I also, I did a bit of work for RaRa Superstar. I did a few hats for them for a photoshoot that they were doing. It varies.

Creative Drinks: What inspires you?

Bonnie: Iâ€™m often inspired by the material itself, working with it and how it feels and how it wants to move. Particularly with the woven materials, they want to work in a certain way, they donâ€™t want to move in another way and I donâ€™t think its a good idea to fight against your materials. You want to work with it. So that inspires me.

But I draw inspiration from all sorts of places, I guess. Architecture, Iâ€™m currently working on a collection thatâ€™s all based on minerals. Amazing crystal designs and things like that from minerals thatâ€™s quite cool. It can come from anywhere. Youâ€™ve just got to look at each object, each thing, everything you see with the right sort of eye and you can draw inspiration from anywhere.

Creative Drinks: Working in the Brisbane scene, do you feel thereâ€™s an appreciation for the skill that is involved in these sorts of creations?

Bonnie: I think (thereâ€™s) not as much as in other places. I think really, there is a niche industry. So there is a niche group of people who understand and respect the work that goes into the pieces, whereas others donâ€™t understand, you know: “Itâ€™s just a thing you shove on your head, why would you pay that much money for it?” Itâ€™s like with any art form though, not everybody is going to understand it, not everybody is going to know and understand all the work and creativity and everything thatâ€™s gone into it, the love thatâ€™s gone into the piece, whereas other people will get it straight away. Others will take a bit of time.

Creative Drinks: Is the idea for (you) to stay in Brisbane? Or do you want to travel overseas?

Bonnie: Iâ€™d love to travel overseas to learn, to pick up the different techniques, the different ideas and that sort of thing. But, I think I like Brisbane and I would like to live here. But Iâ€™d like to go and experience other peopleâ€™s views and see the way they work differently.

Bonnie: I just think its an interesting idea to get a whole group of creative people together… I see this as a nice launch pad, but also as a nice place to meet other people in the creative industries to talk about similar problems that weâ€™re facing, in terms of building a name and getting your designs out there.

4 Walls kicks off the festival season