Hailing from the streets of Melbourne come the incessant partiers and exceptionally talented group of young musiciansÂ Northeast Party House.

The alt-dance rock band has been fabricating their party anthems for many moons, their origins dating back to their early partying days of 2010. Those who have listened to their tunes have defined their music as an ode to partying.

In the midst of travelling on their headline tour, Sean caught up with us for a chat before the boys will be on our shores this Saturday for a soiree at Alhambrah Lounge in our unofficial party district, the streets of Fortitude Valley. 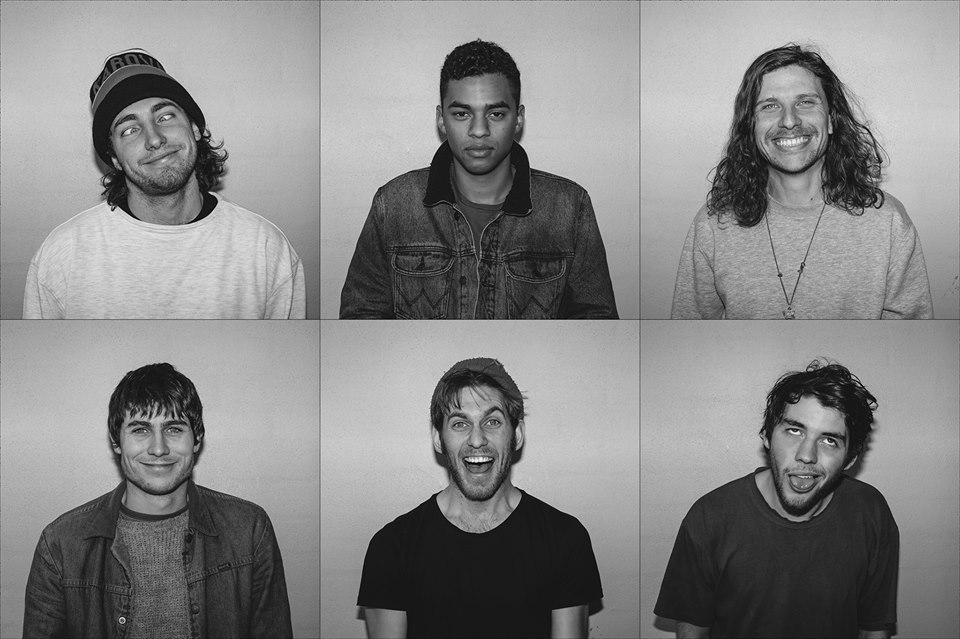 CD: Hi Sean, thanks for talking to us! How are you?

Sean: Iâ€™m good! We just found out our Sydney show tonight is sold out so weâ€™re really good.

CD: So how did you all meet?

Sean: We all went to school together.

Which came first: partying or making music together?

Sean: Partying together, definitely. The bandâ€™s name comes from a party our friend Sam Northeast, whoâ€™s still a really good friend of ours, threw when Jackson and I were in year 12. Basically what happened was his mum went overseas for a couple of weeks and he had a party that lasted the duration of however long she was away for.

CD: So it was a never-ending party?

Sean: Yeah, it was mental! So thatâ€™s where the name comes from. Weâ€™ve always had heaps of friends and we love all our friends, so we wanted to call our band something that they could all relate to. 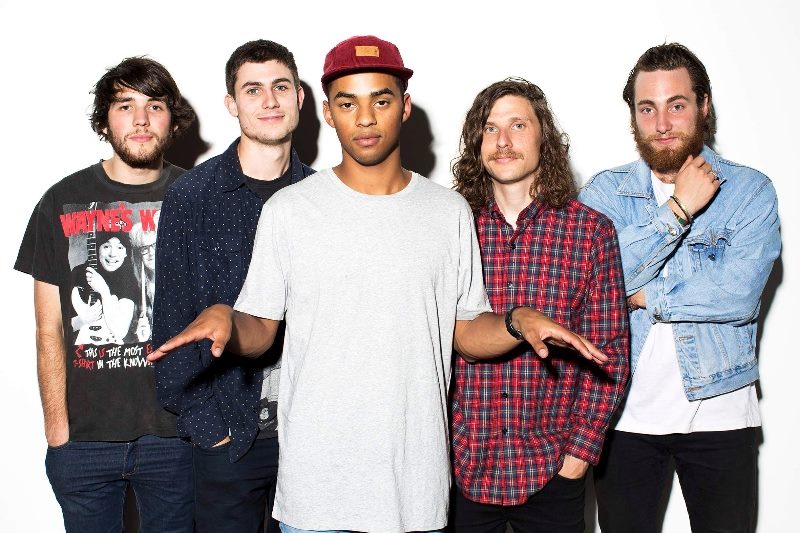 CD: For anyone who hasnâ€™t heard of you before, how would you describe your music?

Sean: Iâ€™d say itâ€™s fun and loud, and can be obnoxious. Jackson used to describe our music as â€œmusic you can break your mumâ€™s lamp to”.Â

CD: I like that description! So your debut album Any Given Weekend was released back in May, are you happy with how it was received?

Sean: Yeah, really happy. Itâ€™s been going really well for us. Our fan base has increased heaps and our shows have just gotten bigger and bigger. Weâ€™ve had three singles off the album added to high rotation on Triple J, so the radio playâ€™s been awesome too.Â 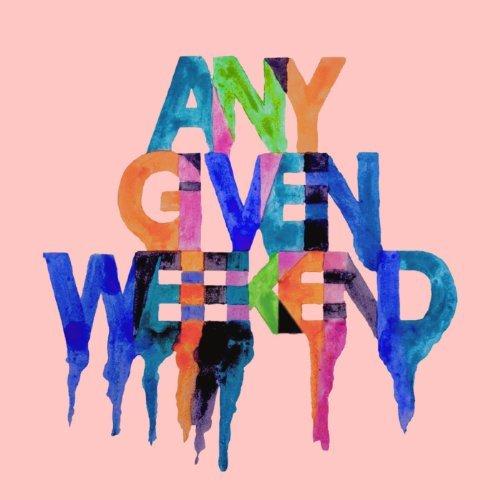 CD: Where did the title Any Given Weekend come from?Â

CD: Youâ€™ve been around for a while now, how long did you spend working on the album?

Sean: Ages! We recorded the album itself over probably six months. But some of the songs had been written as demos up to two years before that, and had just been sitting in the vault not doing anything. The tracks Any Given Weekend and Fake Friends were only written in the month leading up to when we recorded, so they were the most exciting ones for us because they were new and fresh. Overall it was probably a two to three year process.

CD: Youâ€™re headline tour kicked off back in early September, how has it been so far?

Sean: Itâ€™s been awesome! Unlike when we toured in June/July weâ€™ve booked smaller venues with about 200-300 capacity rooms, and thatâ€™s been really fun. Instead of having to play one or two big shows we could play five small shows to intimate, packed crowds. Ticket sales have also gone a lot better, like Sydney selling out, so itâ€™s given us a really good vibe. Itâ€™s really new for us to be able to go inter-state and have that kind of fan base. I think itâ€™s because people have listened to the album enough now to know the material. In Melbourne we had people singing along to a lot of songs, even ones that werenâ€™t singles. Even though itâ€™s been tiring, we feel like we donâ€™t need to work as hard to win over the audience. Itâ€™s been nice.

CD: What can people coming to see you expect from the show?

Sean: Because weâ€™re playing in small, confined spaces the energy is a lot easier to muster, so itâ€™ll definitely get messy by the last song [laughs]. But they can expect to get sweaty and loud, and that thereâ€™ll be lots of cowbell and lots of dancing. 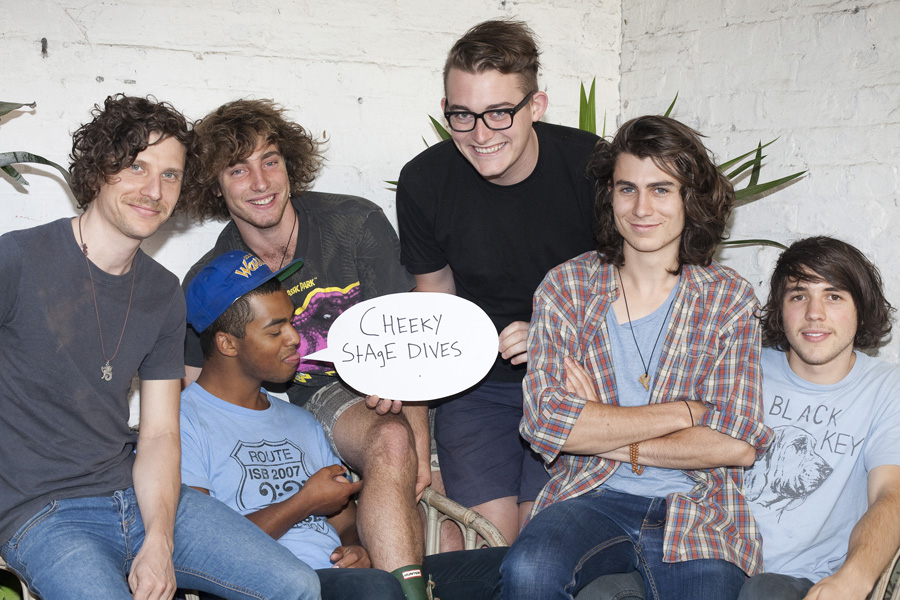 CD: Do you have a standout track from your album that goes off more than the rest?Â

Sean: Youth Allowance. It creates a really cool energy when you play it in a live environment because the chorus is such a simple thing to sing along to that the entire crowd starts jumping up and down and joining in.Â

CD: What is your favourite song to play live?

Sean: Fake Friends. Thatâ€™s definitely our entire favourite because itâ€™s the most fun to play.

CD: Youâ€™re playing at Alhambrah in the Valley on Saturday night; will you party on after partying on-stage?

Sean: We donâ€™t have a gig the next night so weâ€™ll definitely go out and do something. Weâ€™ve got plenty of friends from bands that live in Brissy that we like to hang out with, so they should come to the gig and get messy.

CD: Is there anything else youâ€™d like to add?Â

Sean: Anyone who plans on coming to the Byron Bay Falls, weâ€™ll see you there on the 30th!

Wrap It Up At Samir Haddad’s Street Falafel!