Interview: Paulini on 'The Bodyguard'. 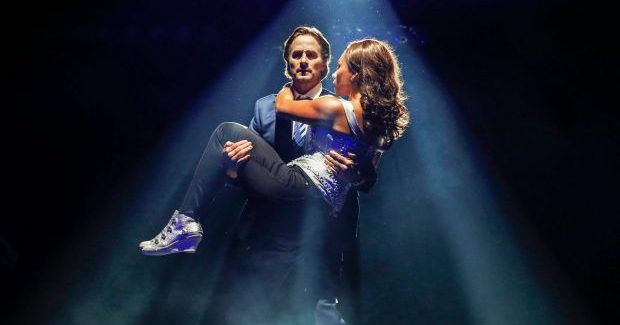 At some stage in their lives, everyone has belted along with at least one of Whitney Houstonâ€™s timeless hits, whether itâ€™s I Will Always Love You or I Wanna Dance With Somebody. Prolonging the Houston legacy, â€˜The Bodyguardâ€™ the musical is about to hit Brisbane, starring Australiaâ€™s own pop sensation, Paulini Curuenavuli.Â From gracing our TV screens in Australian Idol to being one of only ten Australian female solo artists to top the ARIA Charts, Paulini is now making her theatrical debut. The musical follows the same plot as the cherished 1992 film of the same name; When bodyguard Frank Farmer, played by Kip Gamblin, is hired to protect superstar singer Rachel Marron from an unknown stalker, neither expect to fall in love.

The Creative Issue had the pleasure of chatting with Paulini about the upcoming show.

The Creative Issue: First of all, congratulations on scoring the role! I canâ€™t even begin to imagine how excited you must be. Do you remember the first time you watched The Bodyguard?Â

Paulini: I do remember the first time. I would have been ten-years-old and I remember my two sisters watching it. I absolutely fell in love with the songs in the movie, and one in particular- one of the scenes I remember- that stuck in my head was when he (Frank Farmer) was sitting in front of the screen and Whitneyâ€™s (Rachel Marron’s) video came on TV, and it was one of my all-time favourite songs, Run to You. Thatâ€™s what I remember. 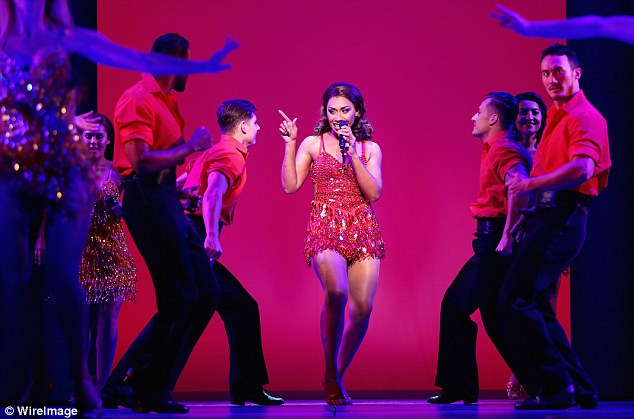 TCI: Has Whitney Houston always played an important role in your life?

Paulini: Absolutely, sheâ€™s always been my childhood inspiration. Whitney, and then Maria (Carey). They were my ultimate two female inspirations growing up. Iâ€™ve always been surrounded by their music, just because my two older sisters were massive fans. I basically grew up on their music.

TCI: In your words, what is The Bodyguard about? Would you say itâ€™s more than just a love story?Â

Paulini: Itâ€™s a romantic thriller, which is very different from other stage musicals, which are either drama or comedy. But I think the amazing thing about The Bodyguard is that itâ€™s a beautiful love story and then there is that part where thereâ€™s a stalker who wants to kill (Rachel) â€¦ Itâ€™s an exciting show.

TCI: Is there a highlight of the show for you, or a song you could never tire of performing?

Paulini: I think the end, the finale song, I Will Always Love You, is always the highlight of the show for me. Just because I know a lot of the audience members are either Whitney fans or love the soundtrack to the movie, it really does resonate for a lot of them and brings back a lot of memories of who she was as an artist. For me, itâ€™s an honour to be standing up there and to pay homage to one of my inspirations. That part of the show is always emotional and unforgettable.

TCI: Iâ€™m sure the audience are always smiling at that point as well!Â

Paulini: The beautiful thing is that you look down from where I am and you look around the room and thereâ€™s people in tears because they really did love her as an artist and she was amazing in her peak when she was younger. 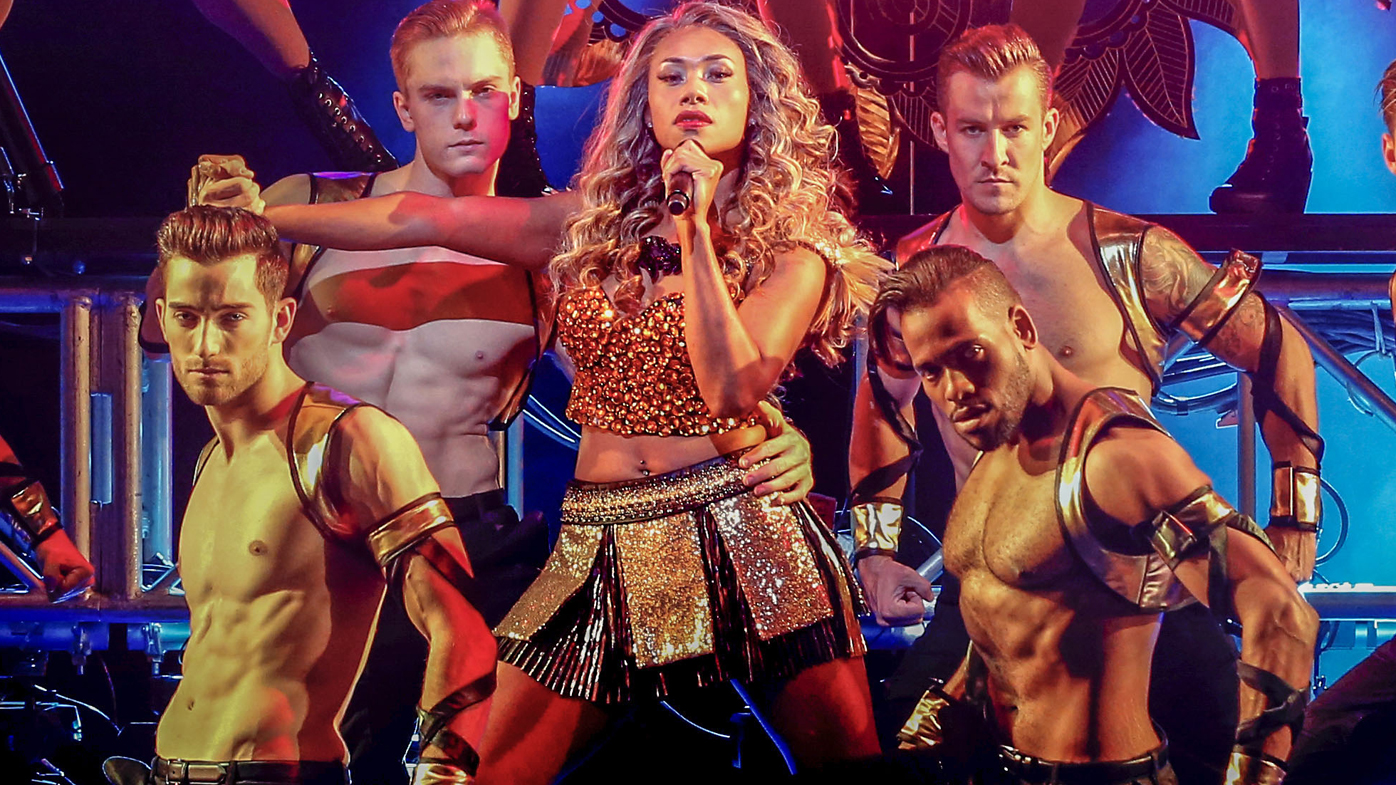 TCI: How has it been working with the very talented Kip Gamblin?

Paulini: It has been a breeze, and amazing working with him. He is one of the most amazing people Iâ€™ve ever met, with such a beautiful soul. A beautiful manâ€¦ I pray that we stay friends together forever because heâ€™s such an easy-going guy with such a beautiful family. Heâ€™s a very talented individual.

TCI: So this is your theatrical debutâ€¦ Pop and musical theatre are two extremely contrasting genres. Have you had to change your vocal style in any way?

Paulini: I have, definitely. Thatâ€™s a really interesting question that youâ€™ve asked. Coming from the pop world of the music industry youâ€™re allowed to sing a little more freely. I guess you sing the songs the way they are true to you or you have your own versions of the way youâ€™d like toâ€¦ whatâ€™s the right word? Your own feel- your ownâ€¦

Paulini: Exactly! In musical theatre, itâ€™s a storyline you have to follow and theyâ€™re not songs on their own, theyâ€™re part of the story. Theyâ€™re just an extension of what the scenes are and you have to keep telling these stories through the songs. Iâ€™ve really had to simplify it a little more. I still sing it the way I would â€¦ but I do have guidelines, and now I sing those songs with the thought of why, not just because Iâ€™m performing a song but because itâ€™s part of the next scene or the one that I came out of. Theyâ€™re all connected somehow.

TCI: Is there anything else you find challenging playing Rachel Marron?Â

Paulini: Something I find challenging is being the diva. Iâ€™m definitely not that kind of person but it feels great being able to play that onstage. Itâ€™s a role of a lifetime. 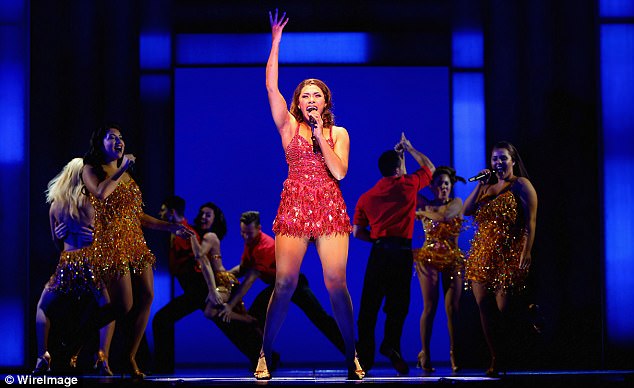 TCI: Considering The Bodyguard was such a classic film with such timeless hits, do you think the show will draw in audiences who arenâ€™t the typical musical-theatre goers?Â

Paulini: I think itâ€™s both. People from the musical theatre world will love it because it is very musical theatre, but it also is at the same time a tribute to Whitney. Itâ€™s a bit of both, if you loved the soundtrack you would love the musical and it appeals to a lot of people because it is a romantic thriller. Itâ€™s got romance but also that thriller that keeps you in suspense the whole time. Whether you love musical theatre or not, I think everyone will enjoy it.

TCI: Iâ€™m really hoping The Bodyguard will influence more people to get into musical theatre!Â  Â

TCI: Also I read that you write songs as well. Is there anything that inspires your lyrics?Â

10. If a thousand aspiring performers were listening to you right now, what advice would you give them?

Paulini: I would tell them to trust in themselves, because before I went in to audition for this role, I didnâ€™t trust myself that I could do the acting aspect of it and the dancing part. I was so scared that it was such a big role, I just forgot thatâ€¦ I can do it. If you know that you have the goods then you have to trust in that. Thatâ€™s the biggest thing. You have to trust yourself and have fun with every experience you have. Donâ€™t take it too seriously â€¦Whatever it may be, youâ€™ve just got to believe in yourself.

Watch Paulini in ‘The Bodyguard’ at QPAC’s Lyric Theatre from 19 July 2017. Â