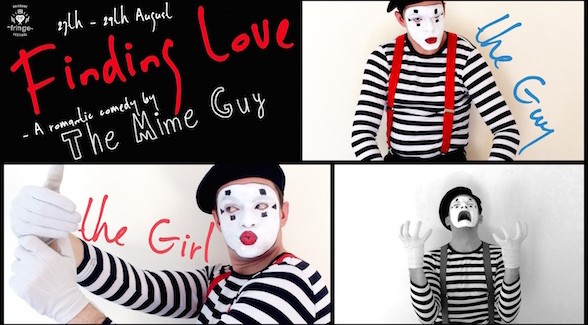 What does a mime say when heÂ meets Marcel Marceau? Â Not a lot.

I’m talking to Peter Wilson, Brisbane pantomimist. Â Peter grew up in Toogoolawah, a Queensland town so tiny (population: 900), it barely madeÂ it on the map. Â If there ever was a Toogoolawah hey-day it was before Nestle’s condensed milk factory closed its doors andÂ moved southÂ to VictoriaÂ in 1929. Â PerhapsÂ deciding to take pity on theÂ townsfolk, a Brisbane clown school visited during the school holidays. Seeing how much her son loved the show,Â Peter’s mother took him to Â Brisbane for further training. ByÂ the small age of 10 he’d officially started clowning. Â By the age of 16 he had metÂ Marcel Marceau which cemented his conviction to become a mime guy –The Mime Guy,Â literally.Â

There are few lonelier occupations than the pantomimist in the Brisbane performing arts world. Performers with rare actsÂ prepare risk encountering translation issues in their audience. “EitherÂ everyone won’t say a single word for the entire performance andÂ they rave about it at the end, or the other way around; people can’t stop laughing out loud. Hit and miss on the spot reactions really. Some will really get it, like if you change the location of the cup, or the door, they understand. ” Then there’s a third kind, Peter says, “…like my Aunty. Â She just doesn’t understand it…she just doesn’t get the show…she tells me, I don’t know what the story was about.” 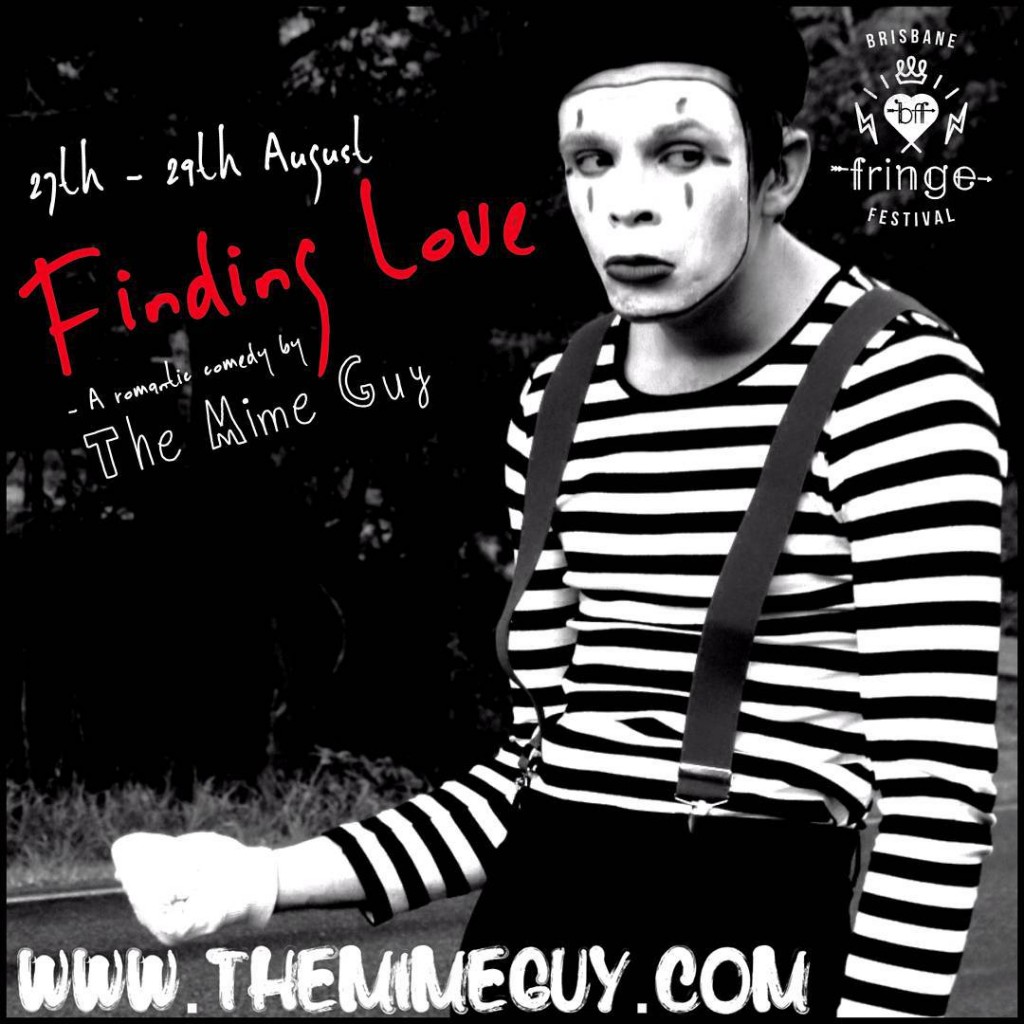 Mime artists have anÂ ability to be humorous without saying words. Â Exaggerated gestures make stereotypical situations comical and relatable. Â As a solo mime Peter’s shows can incorporate multiple characters, and even, as you will find in his current showÂ Finding Love, change genders. Â “One of the things I get asked the mostÂ is, ‘How do you know how women get dressed in the morning so well?’ I went to a dance school and i grew up with a lot of women around me.” The frustration of finding the right clothes to wear is similar to finding the right person to love – both are emotional roller coasters and out of this pure agony is borne the satire mime artist relish. 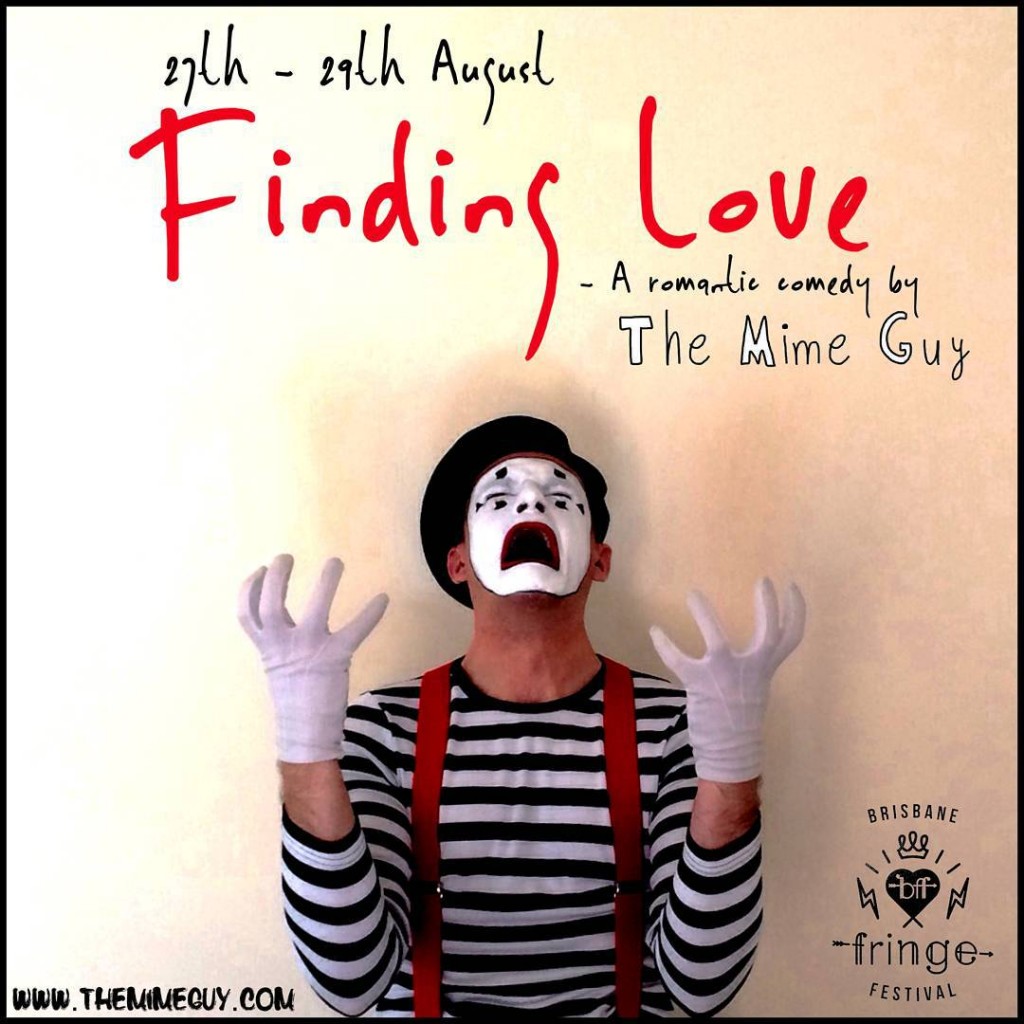 With no other mimes to clown around in silence with, Peter dabblesÂ in other artistic genres.Â In one act he tells me about, he mimes to a poetry reading and in a twist of wordplay,Â he winds upÂ handingÂ a g-string slingshot to the poet. “I think that was the loudest audience I’ve ever had,” he says. Â InÂ the show ‘Magic and Mime,’ children are kept in awe as imaginary mime objects suddenly appear in the magician’s hand. Unless you have been exceedingly fortunate,Â Finding Love is a sadlyÂ identifiableÂ story to the majority. Â But you will never have seen it explained by a guy with painted ruby red lips, wearing white kid gloves and braces, as he contemplates loveÂ from both sides of the story.