Simultaneously fiery in both her hair and vocal strength, Ellen Reed will be joining the Women in Voice team this year for a killer 25th anniversary performance. Since being a grand finalist on The Voice 2016, Ellen has performed at a plethora of venues across Brisbane, for former US president Bill Clinton and has recently released her new songs Never Surrender and Favourite Mistake!

You can take a listen to those two diverse tracks on Triple J. Never Surrender is a very motivational song, giving us a sneak peek into the hardships that Ellen has overcome in her journey thus far, with Favourite Mistake being a more upbeat track.

We had an in-depth chat with Ellen about Women in VoiceÂ and also discussed her time on The Voice, dream collaborations and possibilities of an upcoming album.

The Creative Issue: First of all, weâ€™d just like to say congratulations on the release of your debut single! How do you feel people have been receiving Never Surrender and Favourite Mistake so far?

Â Ellen Reed: Thank you so much! Iâ€™ve had a really great response to both songs. Theyâ€™re both so different and itâ€™s really nice to be able to sing them at events. I wrote Never Surrender when I was having hard times and itâ€™s all about being down and really fighting your way out. Iâ€™ve had people get really emotional when they hear that song which is really nice to see that theyâ€™ve related to the song so well. And Favourite Mistake is such a fun song to sing. Iâ€™m just loving being able to sing them everywhere and people seem to be liking them.

Â TCI: Does this mean there is an album or an EP coming soon?

TCI: Are you excited for the Women in Voice performance youâ€™ve got coming up at the Brisbane Powerhouse (25th anniversary)?

E: Iâ€™m so excited to be a part of Women In Voice, itâ€™s something that Iâ€™ve loved for such a long time and Iâ€™ve always been a massive fan of Carol Lloyd. Getting to know Carol over the years before she passed was such an honour, she was such a badass woman. Itâ€™s great to be a part of something that she was a part of. Especially with the 25th anniversary, it feels so special. 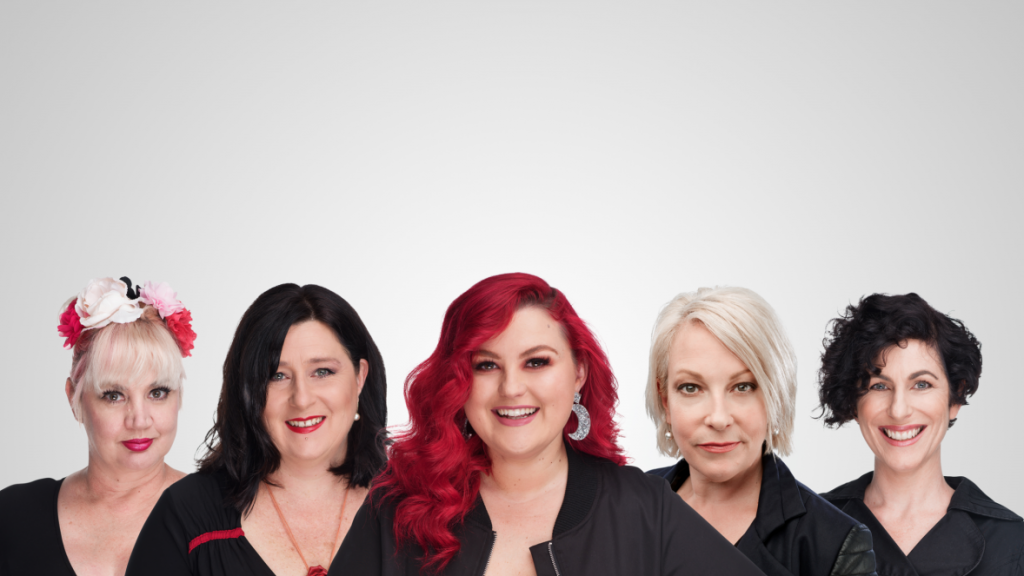 TCI: What was the selection process like for Women in Voice – Did you have to go through an audition to gain a spot?

E: I was pretty lucky actually and I didnâ€™t have to audition. I performed at the Carol Lloyd benefit concert at QPAC in October last year and thatâ€™s when I got to know the team behind Women In Voice more. And as I say, Iâ€™ve known Carol for years and Iâ€™ve been a fan of hers and the team for a very long time, so getting to know them was really special.Â Then Carol was pushing for me to become part of the team anyway and we all kept in contact and when they asked me to be a part of the show and I said â€˜ahhh let me think about thatâ€¦Definitely!’

TCI: Have you started rehearsals for Women in Voice, and if so how it all going?

E: We havenâ€™t started rehearsals, but we have started to put our set list together. Iâ€™ve sent through my set list for approval to the producers and the music director the other day and Iâ€™m really excited to show Brisbane what the girls and I are putting together. The show is going to be really special andÂ I think it will be something different to what everyone will be expecting from me.

TCI: Are you able to give us any insight into whatâ€™s in store, especially since itâ€™s the program’s 25th anniversary?

TCI: We were speaking to Hannah Macklin earlier this year about female empowerment in the music industry. What would you say is the biggest hardship you have come across whilst breaking into the industry?

E: Where do I begin? I think we live in a manâ€™s world and sometimes us women have to fight really hard to be a part of it and I think thatâ€™s why something like Women In Voice is so special. Itâ€™s ladies coming together to empower and encourage each other.

TCI: Is there advice you wouldÂ give to women who are trying to break into the music industry?

Â E: Donâ€™t give up, be kind even when people arenâ€™t kind to you and work really really hard. Donâ€™t ever give up, thatâ€™s the biggest thingâ€¦Never surrender!Â

TCI: Another congratulations, this time for all your amazing achievements in relation to your journey on The Voice. How would you describe your experience before and after?Â

E: The Voice was a crazy experience! It was such a rollercoaster ride of everything. It was the best thing thatâ€™s ever happened, it was the hardest thing that Iâ€™ve ever done. Life after it has been much the same. Trying to crack into this industry is quite hard but Iâ€™ve been loving every second and every challenge and itâ€™s lots of fun. I couldnâ€™t imagine myself doing anything else other than music.

TCI: Is there anything out of the ordinary that you feel people donâ€™t really know or think about when it comes to behind the scenes of The Voice?

E: Thatâ€™s a hard question to answer. Thereâ€™s a lot more that happens than people might think. What people see on TV are things like 3 minutes of a couple of hour mentoring sessions, and what people see is just a glimpse in the window to The Voice house. It was really beautiful, hard and fun and Iâ€™m just really grateful for the experience.

E: Iâ€™ve been playing a lot of sporting venues lately. I was actually just saying to some friends that itâ€™s pretty funnyâ€¦Iâ€™ve performed at every sporting venue in Brisbane now. I have sung at The Gabba, Suncorp Stadium, The Brisbane Entertainment Centre and The Brisbane Convention and Exhibition Centre. Itâ€™s actually really nice to be doing some big, high profile gigs like that. 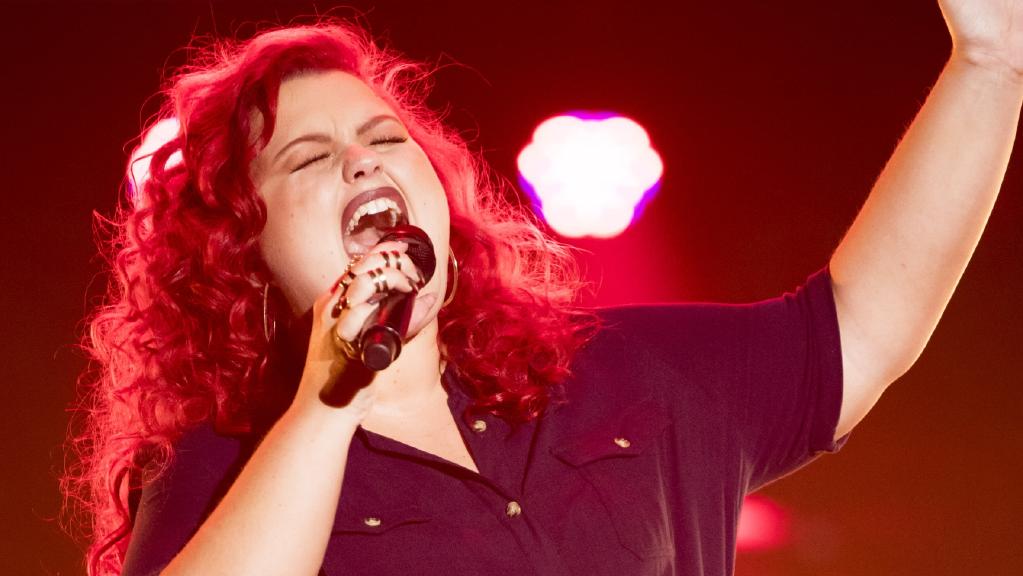 TCI: We were also reading that you completed a Bachelor of Arts (Music and Drama), has this helped you gain industry insight, or is it more of who you know?

E: I think having studies is always a good base for anything. I went to ACU (Australian Catholic University) and I loved my time there and I wouldnâ€™t take it back for the world. It has definitely helped me in this industry with everyday strategies, like when I canâ€™t come up with things to write about and itâ€™s really great to think back on what I would do at university. But itâ€™s definitely who you know as well and networking.Â

TCI: Who are your favourite artists to cover?

E: I love to cover songs from artists I admire and I love artists that are clever with their writing. When I do cover gigs, I love pulling a bit of Adele, The Weekend and Vance Joy.

TCI: Do you find yourself being inspired by Aussie artists because we are in that environment or would you say a combination?

E: Iâ€™m inspired by great artists. Iâ€™m actually listening to a lot of K-Pop at the moment, and I listen to music from all over the world.

TCI: Did you dye your hair red to reflect your fiery voice?

E: That was actually The Voice that changed my hair colour. They asked me and I said ‘yeah why not’Â and it was the best thing they ever did for me because I love it.

Â TCI: What are your movements for the next 6 months!?

E: I will be perfoming at Brisfest, Women in Voice and I have lots and lots of really exciting things that I canâ€™t wait to annonunce on my social media. Iâ€™ll also be writing and recording. Iâ€™ve got a really exciting next 6-12 months and itâ€™s just getting started.

E: Holy moly. Okay, I would have to say I would die to colllab with Stevie Nicks. Fleetwood Mac and Stevie Nicks are my honestly my idols, Iâ€™d do anything to get time with that woman. I would like to song write with Lorde because I think she writes completely different to me and I think sheâ€™s got a really interesting perspective and Iâ€™d love to explore that. Then I would song write for Adele because I love her voice.

You can catch Ellen at both Brisfest, Women in Voice and keep up to date via Triple J and her social media sites for exciting things to come!

What: Women In Voice

Gordi on the Release of Reservoir