Hot off the stage from their latestÂ performancesÂ at the Bearded Lady and Distort Fest, The Creative Issue spoke to vocalistÂ Cyrene fromÂ RÃ¶ttemÂ about the band’s first release, recent performances and future plans.

TCI:Â Do youÂ have any specific bands that inspire you?

C:Â We get compared toÂ DisruptÂ a lot, but I think we as individuals all have different inspirations when it comes to the band, so I guess that’s a hard question to answer.

TCI:Â Is it difficult putting together music with different inspirations, or do they tend to compliment each other?

C:Â Aside from inspiration, I think the chemistry between people is a really important factor when it comes to music. Seemingly we work together very coherently.

C:Â It was a really big stage which is weird. Eddie wanted to move the show on to the floor for our set to make it less uncomfortable. But other than that, it was a pretty good turnout of people and it was pretty cool seeing people get into what we had to offer.

TCI:Â Youâ€™re playing with Eddie who is also inÂ ShacklÎ£sÂ andÂ Shitgrinder, and Josh who was inÂ Coffin Birth.Â Whatâ€™s it like working with people who have such a wealth of experience with both performing and recording?

C:Â Josh has been in a lot of noteworthy bands besidesÂ Coffin Birth! It’s honestly a blessing, I feel extremely lucky to be able to skip the whole â€˜my shitty first bandâ€™ phase of my life. But also, because they are all experienced, everything is really smooth and easy. They’re an organised pair who have great chemistry and I’ll always be grateful for them asking me to be a part of this project. 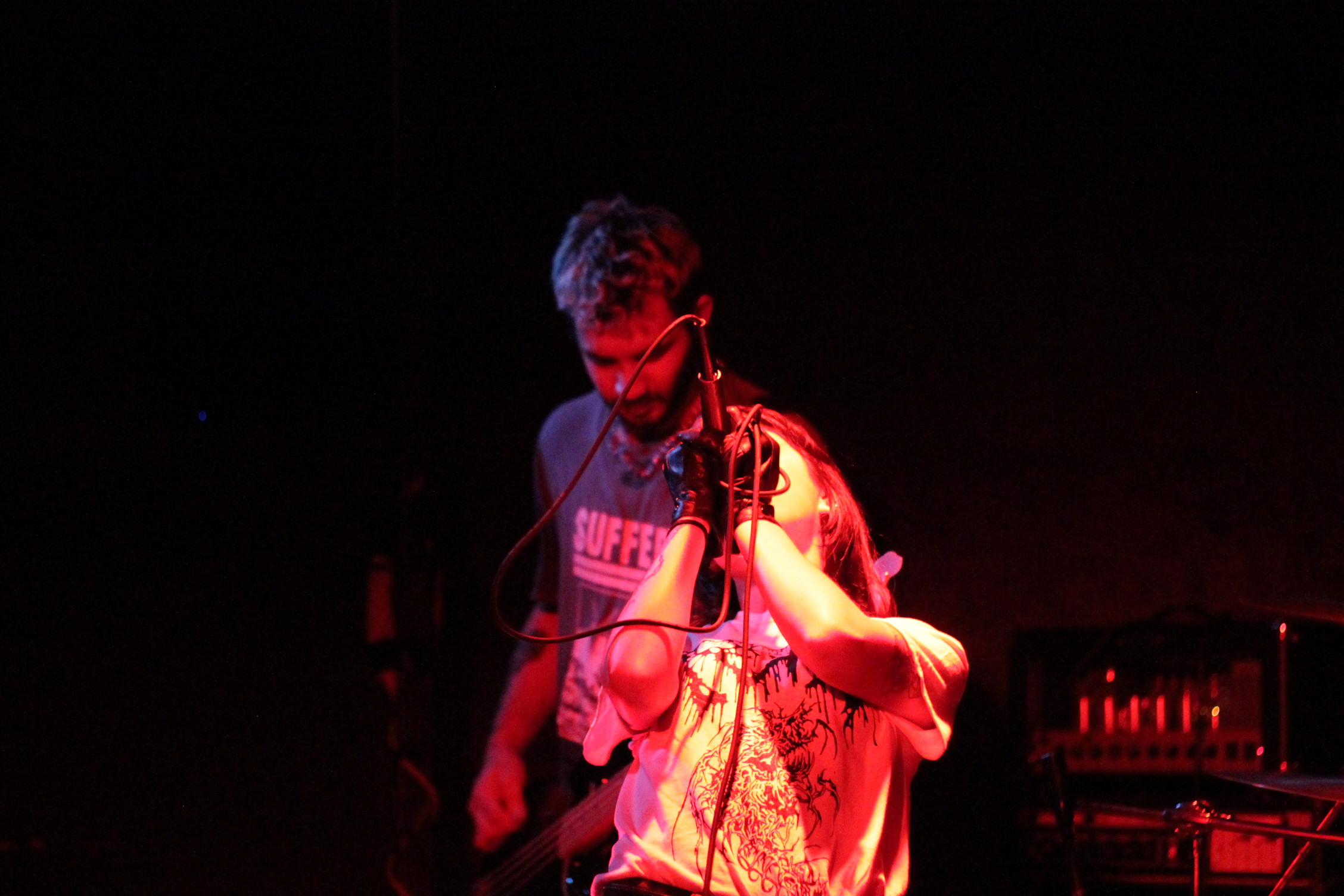 TCI:Â We often see an imbalance between men and women in hardcore punk scenes. What were your first experiences in Brisbaneâ€™s scene like?

C:Â My first punk show was aÂ Last ChaosÂ show at the Bearded Lady and some bloke high on ice tried to dry hump me, fun times. As for the gender imbalance in the scene, that is not something I really think about or even notice. Music isn’t gendered, people like what they like. We cannot force more women into the scene and we cannot force men out. I’m not really looking at the gender of people when I go to shows, I’m there for music.

TCI:Â So would you say that besides that eventful first show, it’s not something that you’ve felt you’ve had to be aware of? Is everyone given a level playing ground?

C: I mean, even when that thing happened the dude got kicked out immediately, so straight away I figured this wasn’t a scene where bullshit is tolerated. But yeah, it’s not something I’ve ever been concerned with, because again, we can’t force people in or out of the scene in order to accomplish an equilibrium between the sexes. Does it suck that there aren’t as many women as men in the scene? Yes. Can we really do anything about it? No, because we can’t make people listen to punk or metal when they don’t want to listen to punk or metal. 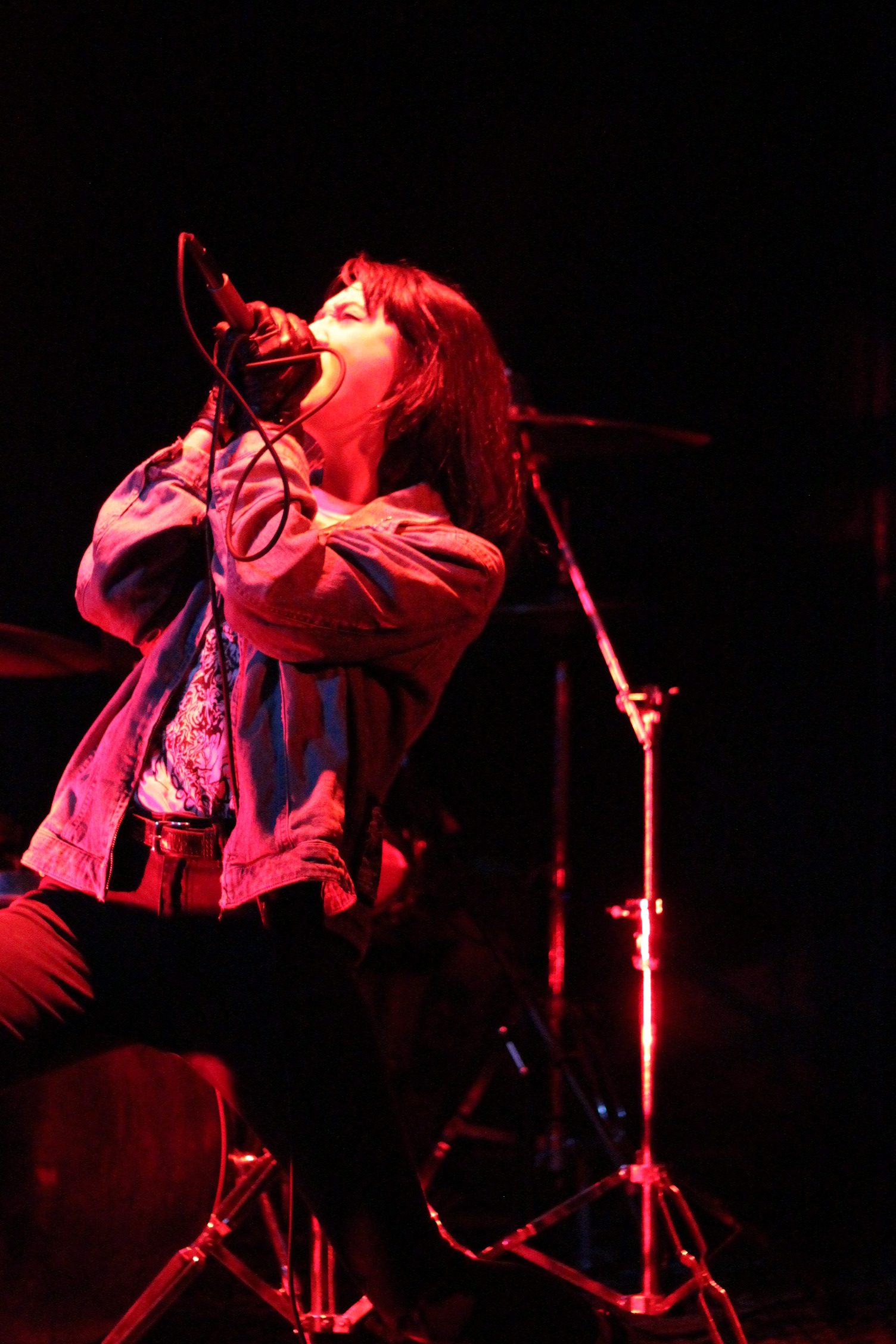 TCI:Â Youâ€™ve recently wrapped up recordingÂ RÃ¶ttemâ€™s first release, can you tell us a bit about what that process was like?

C:Â Really smooth. It was my first studio experience which was daunting, but that feeling went away really quickly. We recorded with Brendan fromÂ Black Blood AudioÂ and he was an absolute pleasure to work with. We smashed it out in three days and Brendan was extremely accommodating and really understood what we wanted.

TCI:Â  And last up; What should we be expecting to see fromÂ RÃ¶ttemÂ over the next few months?

C:Â I’d really like to useÂ RÃ¶ttemÂ to travel, perform in new places and see more of Australia, it’s ridiculous, I’ve been to Europe but I haven’t even been to Melbourne or Perth. Which are in my own damn country.

TCI:Â Looks like that should be next in store. Well Cyrene, thank you heaps for answering our questions, we hope to see you guys touring soon!

C:Â Thanks for having me!

You can keep up with all the latestÂ RÃ¶ttem-related newsÂ here.

The Making of a Music Festival – Part Two

Review: Thereâ€™s no escaping the tragedy of Antigone