School Girl Report are the experimental two-piece band made up of preschool friends Samuel Miers and Daniel Oakman.

The boys have toured several countries and do things a little differently. Updating their Facebook status mid-song and showing music documentaries during their gigs are just some of the unconventional yet refreshing and innovative antics you can expect from one of their shows.

Sam and I took the same advertising subject at uni this semester. After he based his final assignment on School Girl Report, I became intrigued.

CD: Tell us a little bit about yourselves, who makes up School Girl Report?

Samuel:Â School Girl Report is a two-piece hesitation rock band in flavour country. Daniel Oakman (drums) and I (Samuel Miers, guitar) have known each other since preschool days in Batemans Bay. Keegan Costley also joined the band this year as an artist. The band started in 1993 during Mrs Soper’s Year 1 class at St Bernard’s primary school. 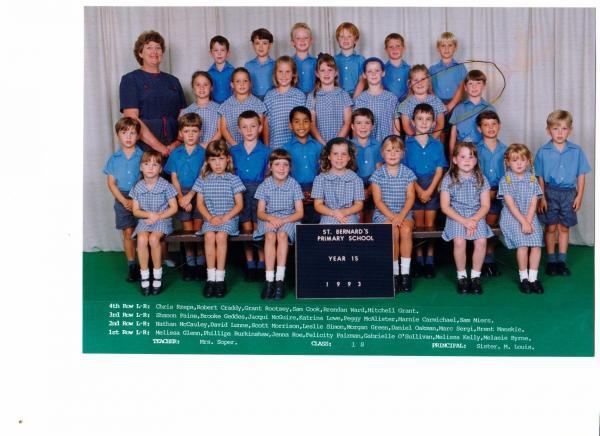 CD: How do you write your songs? Music or lyrics first?

Samuel:Â The lyrics usually come about 20 years before we write the music.Â The lyrics for our songs are mainly from stories we wrote when we were seven and love letters from high school crushes.

There is one song on our last album that was written recently called ‘They could’ve laughed better in bed together’. Oaky wrote that about when he used to go to the swamp, take his shirt off and try to catch ross river fever. He was born with his feet facing in the opposite direction and had to have a big operation to spin them around. Because of the operation his calf muscles have never grown. When he used to get on the school bus a kid in the year above would always yell out “everyone look at his legs”. Oaky was pretty traumatised by having to deal with this every day.

CD: What or who has influenced School Girl Report?

CD: What has been your greatest achievement as a band so far?

Samuel:Â The Rose Tattoo drummer telling us that our music is “too close to the bone” and that “it’s alright in Batemans Bay, but you can’t play this in the big cities.”

CD: You guys have toured Australia, New Zealand and China, where has your favourite gig been?

Samuel:Â Our favourite show in China http://vimeo.com/49710149 – video by Your Boyfriend Sucks.

The below photo was taken a couple of seconds after our favourite New Zealand show at Camp A Low Hum. 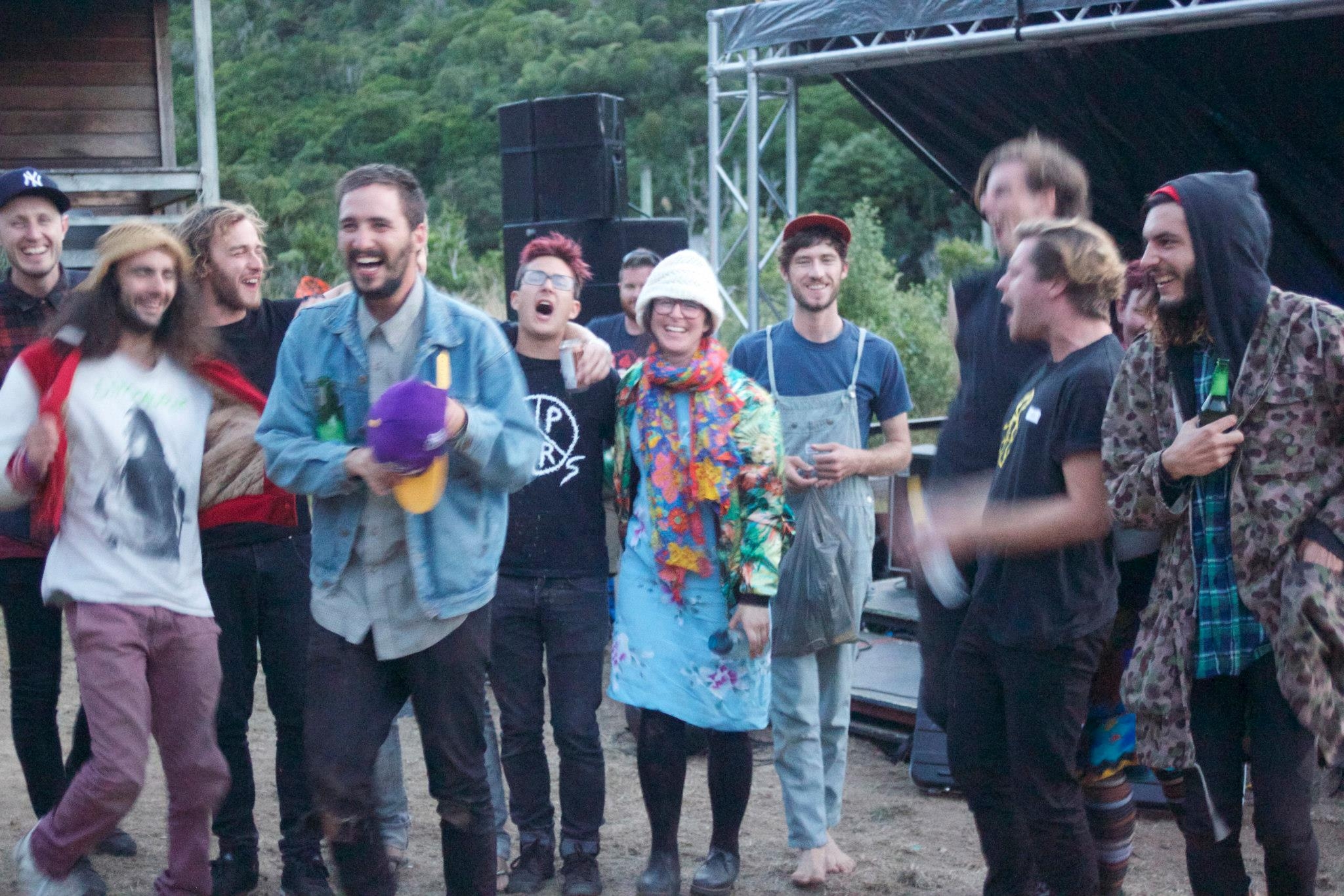 This was from our favourite Australian show at 116 La Trobe Terrace in Brisbane. 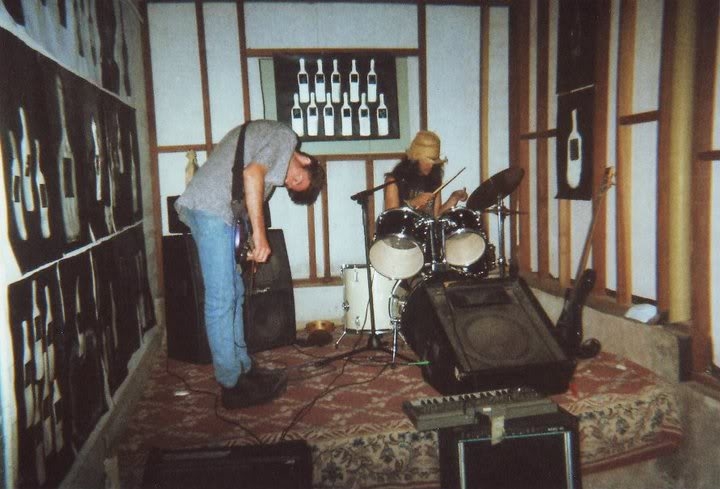 CD: What can we expect from one of your shows?

Samuel:Â We did shows in New Zealand where I was at the venue and Oak was in Melbourne. I projected Facebook behind me and updated my Facebook status while playing guitar. Oak would comment on the status and I would sing whatever he commented. But then the audience and some of my Facebook friends around the world started commenting and I would sing everything. Oak then called me on Skype, so at that point he was projected behind me in bed with some babes. He would then sit up onto the drums and we would play a song together to end the set.

Lately we have been making beat music, using CDJS to do live sampling of our favourite moments from our album. We call this ‘making art of your best art’. We basically marry loops from different songs of ours and wind them up until they pop out of their world.

Samuel:Â We recently played at Sound SummitÂ in Sydney at the beginning of November, and are now working on ourÂ new album TOP-SGR. The album is coming out on an interactive figurine, modelled off the twoÂ members of the band standing on a miniature record player. The song names will be the brand names onÂ different pieces of our clothing and when you press on a brand, that song will play out of iphone-like speakersÂ built into the mouths of the figurine. 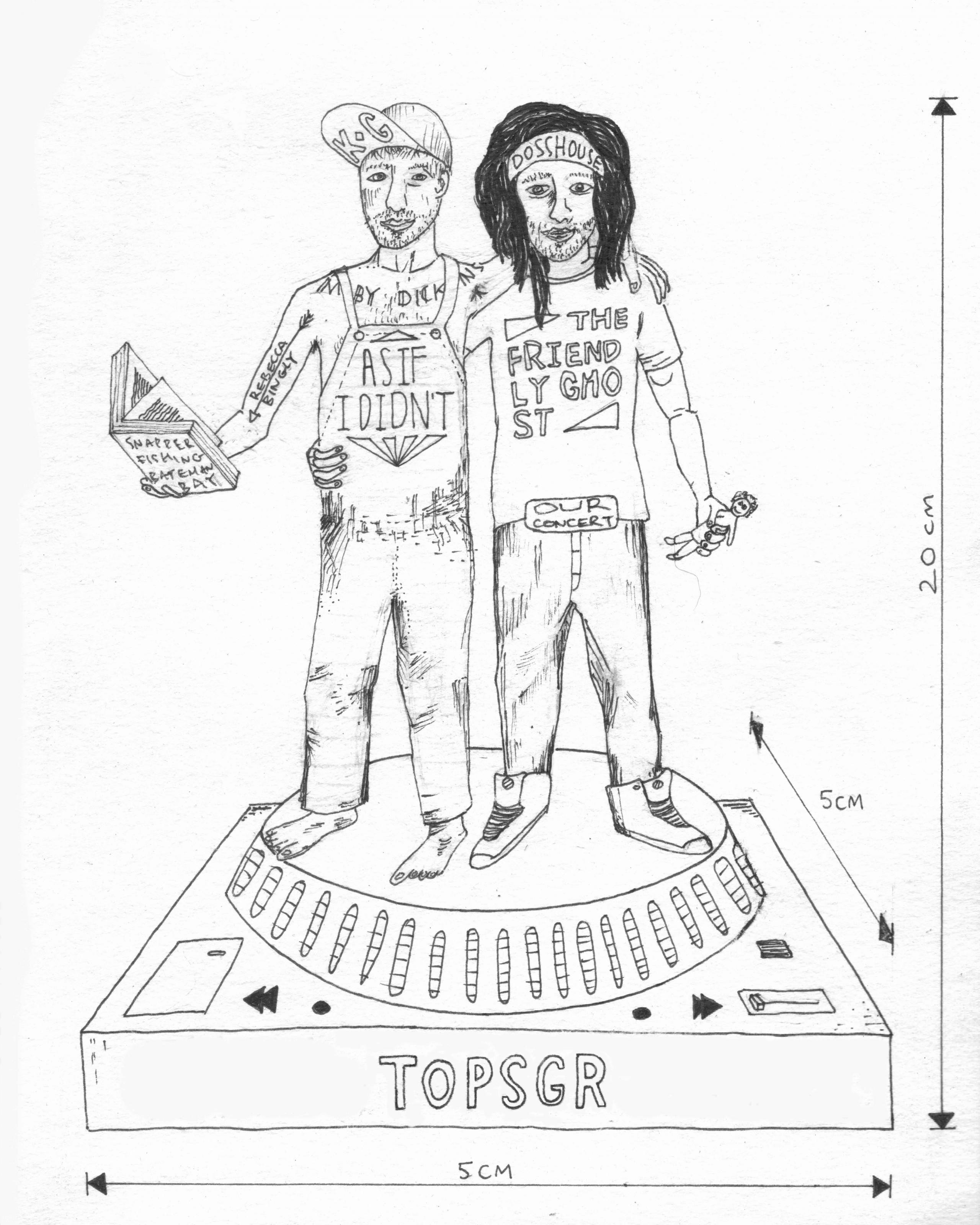 Cub Sport’s Sam Netterfield on: making it big in Brisbane