Brisbane-based indie rockers Suburban Wolves have been preparing for their show at The Zoo on July 31.

The band formed in 2012 through a succession of meetings that took place at parties.In fact, according to the band, the first time they ever met each other sober was at their first band practice.

Their line up currently consists of Aidan Geraghty and David Skitmore rotating between guitar and bass, and Adela Lau on drums.

I was lucky enough toÂ talk to all three members about the recording of their EP and their roleÂ in the Brisbane music scene.

CD:Â What sort of bands were you in before this one started?

Adela:Â I was in a rock band in high school. (A band called)’Strawberry Milk’. Terrible band names were definitely the thing. Â Because it was an all-girls school, rock to them meant artists like Katy Perry, so that was a little embarrassing. But that’s it.

Aidan:Â I was in a Nirvana tribute band (laughs) and I’m really glad that we have nothing recorded.

Dave:Â I started writing stuff when I was 12 and then just created album after album of solo stuff. And then I met a few friends but then this guy [Aidan] stuck and we’ve just been writing things ever since. Since year 12, so 2010.

Adela:Â Pretty good. It hasn’t been out too long. Because it’s our older stuff it doesn’t really reflect our current sound too much because we’ve got a new mix. We’re starting to record that so we’ve got a better idea of the overall sound, rather than the stuff we wrote two years ago.

CD:Â How did you produce it?

Dave:Â That’s why it took so long.

Adela: He did all the mixing and the editing and it took a while but he did a good job. And all for free. 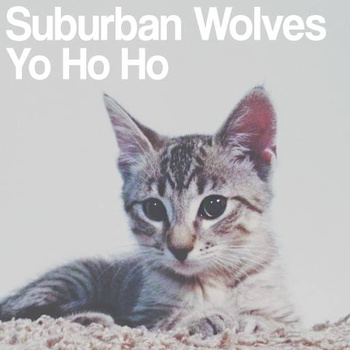 CD:Â What’s the story behind the album cover?

Aidan: That’s my friend’s cat that she had for two weeks. I actually don’t know why we used it.

Adela: Because it kind of makes our band name less serious. And if there’s a cat it’s funny. That’s basically our logic and reasoning behind it.

Dave: I wanted it to reflect something less serious than the name did. Because that’s kind of what our music does as well. It’s like a visual representation of that. And my ex-girlfriend designed the artwork and she’s still kind of pissed off about us using it.

CD:Â How did your acoustic set at Room 60 go and why did you decide to do that?

Adela: I basically looked up the top 20 places to play in Brisbane and I emailed them all like “hey, can we have a gig?” And [Room 60] were one of the ones who got back to us, but they said that their stage was only acoustic so no drum kit. Any exposure’s good.

Dave: Yeah, Aidan and I had been jamming together, so weâ€™re used to playing acoustically. We mostly did covers instead of originals, which was a lot different to the usual. So we did like, The National covers and Mountain Goat covers. That kinda stuff.Â

Aidan: Everything kept cutting out so we ended up just screaming the lyrics. 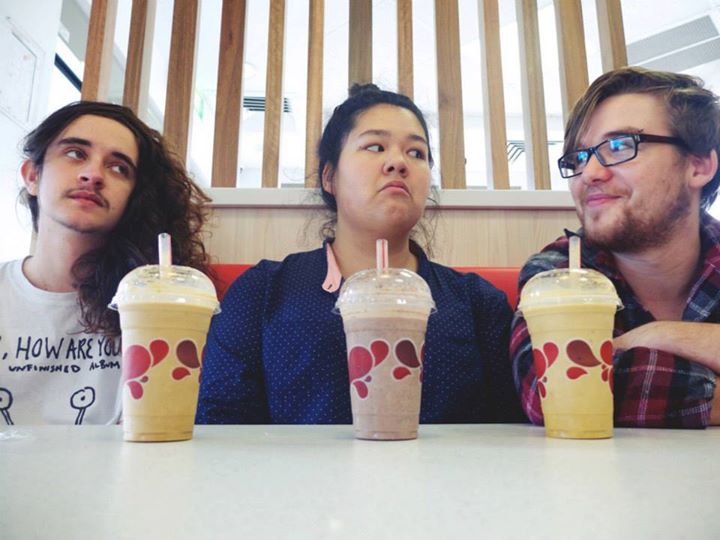 CD:Â What sort of themes do your songs usually cover?

Dave:Â Drinking (laughs from everybody).

Adela: I was just about to say “do we want to say it?”

Dave: Well, the five that are on the EP, the ongoing theme is drinking ’cause I wrote most of that when I was 17 or 18. That was kind of where we were at at the time. But it was also about stopping drinking. But our new stuff is written mostly by Aidan instead of me because we kind of swapped round writing roles and instrument roles. On the earlier stuff I was playing guitar, Aidan was playing bass and on this new stuff, Aidan’s writing. He’s playing guitar and I’m playing bass, which sounds Â different.

Adela: I like it because it’s kind of like two separate sounds. It makes us sound more diverse.

CD:Â Do you have any sort of time frame as to when we’ll hear your new material?

Adela: We’ll be doing whole days at a time rather than four hour time slots once a week. So hopefully we’ll get it out faster to keep on getting gigs and stuff instead of a year and a half delay.

CD:Â How did you get on the line up for Uberfest?

Adela:Â They emailed us. And we were like “yes please! That would be great!” So basically since the word go, it’s been fairly easy to get gigs. It’s been really good.Â We’re pretty excited. Our big goal was to play at Ric’s, like that was the BIG goal of the band, like “one day, we’re going to play at Ric’s” and that was our first real gig and then it’s like “oh, where next?”. The then The Zoo happened. It’s good. 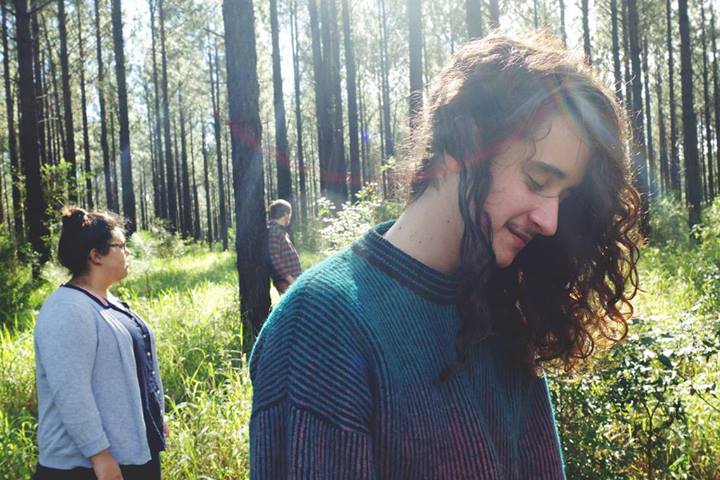 CD:Â What’s your relation to Siick Riick and Cordeaux [support bands for the July 31 show]?

Aidan:Â We actually have no idea who they are just yet.

Adela:Â Well, because it’s like a demo night, that’s what [The Zoo] said. I think they just chose us all together and we ended up as headliners. They said “you three will be playing together, talk amongst yourselves”.

Dave:Â Through that, we got into contact with the girl from Cordeaux.

Adela:Â She’s been really good, so it’s been cool to work with other people. [The Zoo] emailed us with all the details and I was reading and went “Dave, if we’re last does that mean we’re headlining?” And then “ah, I think so. How did that happen?” Clearly we’re very knowledgeable.

CD: If you could go on tour with one band, who would it be?

Dave:Â 100% best band in the world at the moment. Both guitarists play like a 16th off each other. I just really love how each instrument has its own story to tell within the song.

As well as their gig at The Zoo, Suburban Wolves will be playing at the Brisbane leg of the Uberfest music festival on Saturday August 30.

What: Suburban Wolves live at The Zoo.