Suzi Knezovic, owner and designer of emerging Brisbane label Suzii K, opens up to tell us her insight into the glamorous journey of her much loved clothing line, from meeting Alex Perry at MBFWA to showcasing for the second time at Mercedes-Benz Fashion Festival Brisbane (MBFF Brisbane).

Since beginning her clothing line in March 2014, Suzi Knezovic has now imprinted her mark on the ever changing fashion industry and has made herself known as one to watch. Suzi started designing her label not long after she began studying at the Metropolitan South Institute of Tafe, where she studied a Diploma of Applied Fashion and Technology. The label was created after Suzi had won multiple national styling competitions, which led her to designing and selling her garments to friends.

After having the opportunity to showcase the first Suzii K collection at MBFF Brisbane in 2014, Suzi is now working harder than ever to ensure that she is more than prepared for MBFF Brisbane’s 10th year anniversary, where she will showcase her collection at the Next Gen group show for her second time.

We recently sat down with Suzi and had a chat about all things Suzii K.

TCI: You’re showcasing your label at the Mercedes-Benz Fashion Festival for the second time this year. Firstly congratulations. Can you tell our readers, is it a long process applying for MBFF?Â

Suzi Knezovic: Yes, you have to put together your portfolio and also your collection that you want to showcase, which needs to be styled from head to toe. Then you present to them everything behind the collection, where you want to go with it, what brands your collaborating with, shoe styling, music. This is then sent off to panel and they decide yes or no.

TCI: As this is your second year of MBFF Brisbane, is there anything that you learnt last year not to do again this year?Â

Suzi Knezovic: Definitely have everything sewn before the campaign shoot. Yeah and last year I didn’t really know what I was doing on the business side, but this year I have more of an understanding. Everything is more prepared I would say and I am going in knowing what to expect with media, I’m working with the MBFF team to ensure that any media close to MBFF is either a week before fittings or during the week, and anything after my fittings or before the show is not on. It should be good, I’m excited.

TCI: The coffee stain is obviously something that is identifiable with your collection, how did you come up with this idea?Â

Suzi Knezovic: Being a new designer and being on a platform where I’m showcasing for the first time, I really wanted to make a statement. I really wanted to scream and shout and say hey I’m Suzii K, I’m not just another emerging designer. I wanted to be different and incorporate art, so I had the idea of a coloured ink, which is similar to the coffee stains. I then realised as I started going into who I was as a designer and my heritage that in Croatia a lot of people drink coffee. I thought cool how can I incorporate coffee, and I realised what do you use to make an artwork look old, and I was like you use coffee. Which then turned into the coffee stain and created my designs and garments to look modern and clean, and tied this in with bringing my old heritage with the coffee stain. 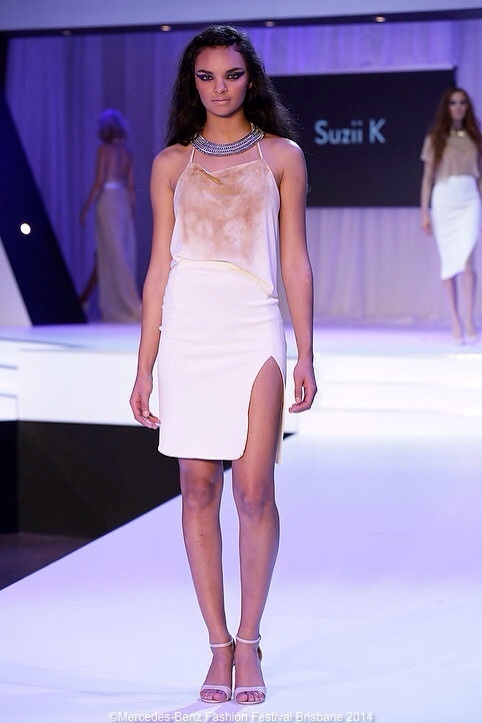 TCI: Are there any fellow designers that have influenced you?

Suzi Knezovic: On the opening night of Ellery I met Alex Perry and Carla Zampatti, which was just incredible. I was wearing one of Alex Perry’s designs and he was beaming- it was a risky move considering Alessandra Ambrosio had worn it before and it was styled perfectly but I wanted to show that I was confident.

TCI: Any designers that you would love to collaborate with?Â

Suzi Knezovic: I haven’t really thought about that to be honest. That’s so tricky because most designers like to keep it to their own thing- but I do think that would be a really good idea if designers got together and did collaborations. I would say Ellery because she is just awesome but she’s got her own aesthetic. Definitely something to think about. 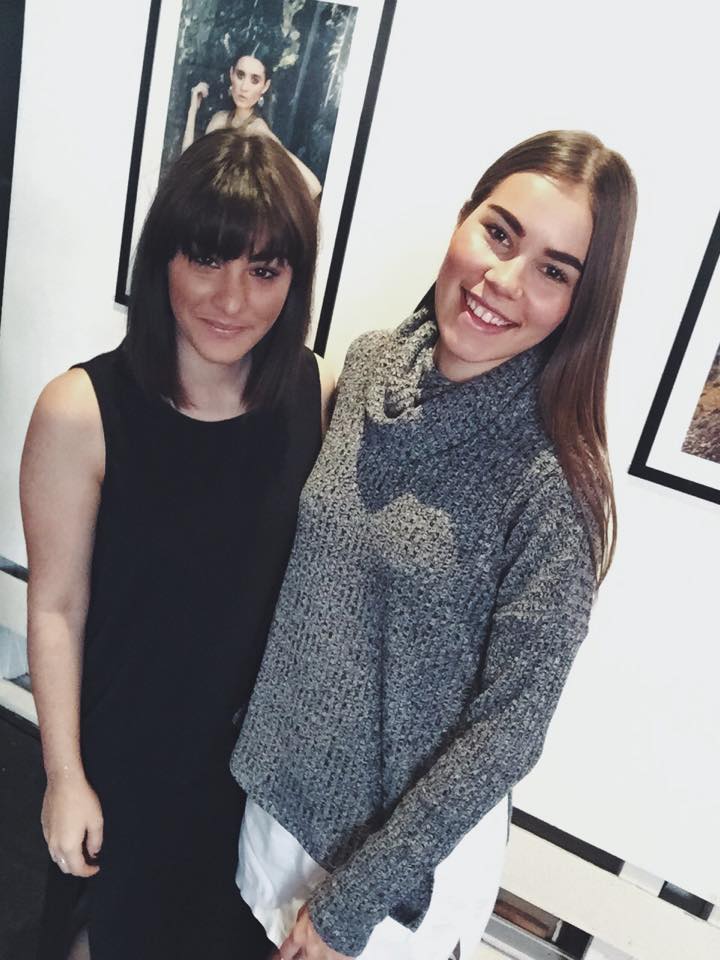 TCI: Where do you envision Suzii K in the future?Â

Suzi Knezovic: I definitely want to take it global, but I actually want to go into haute couture. I’m not a haute couture designer but in order to get to that level of standard, you have to have a brand around you, and you need to have something that is already well known. In fashion that is where you lose your money, but it’s through nail polishes, handbags and ready to wear, where you actually make money to be able to afford haute couture.

TCI: How do you feel about the Brisbane market? Would you prefer to be down in Sydney or Melbourne?

Suzi Knezovic: I don’t think Melbourne is as high up as Sydney, I think Melbourne is more edgy and there’s a lot more variety. Whereas Brisbane is sort of growing to what Sydney is and Sydney is just killing it with the high end exclusive designers. It would definitely be a lot harder as an emerging designer in Sydney if you don’t have a base in either state, but for Suzii K I’m organising two or three retailers in Brisbane and then a few in Double Bay in Sydney. Sydney is where I’m going, I’m not sure about Melbourne just because I don’t think my market is more so in Melbourne. All of the photographers, models, bloggers live in Sydney.

TCI: Who would be your favourite haute couture designer?

Suzi Knezovic: Valentino. From the beginning until the end.

TCI: Any advice you would give to young designers like yourself?Â

Suzi Knezovic: Just be yourself and be different. You have to be confident and there is a little fake it until you make it. You really do have to be over confident and really have to love what you’re doing because if you don’t and you’re only half hearted your not going to get far. I really think you have to invest all your time and money into it. It is a bit difficult financially but you can work through it. I would say just keep pushing, work through it, and it’s not going to be easy. I know last year there was times where I was like I want to pack up my stuff, I want to give up for a bit, I was over it. I pushed through that and even turned down a scholarship to study at Parson’s in Paris, but that was a good decision because everything is going really well.

TCI: Thank you so much for your time today Suzi. I just have a few quick answer questions to wrap up.
Birkenstocks or Valentino Heels?
Suzi Knezovic: Valentino

TCI: Makeup or Natural?
Suzi Knezovic: I would say makeup.

Suzi’s passion and knowledge for the fashion industry is undeniably evident, and as she continues to build her way up to designing haute couture, Suzi’s label will definitely be one that you won’t want to miss at MBFF Brisbane.

Visit the official MBFF website to find out more information about the unmissable week.

A NIGHT WITH GANG OF YOUTHS

Your Fashion Guide to Ackland Street!