It feels like the furthest I’ve been away from home in the last few months has been my local IGA, and that place in Chinatown that lets you order through the wall. A few steps away from an authentic Asian experience perhaps, but I was trying my best to be open minded.
Brisband The Cairos however have gone several extra steps, touring just about everywhere following their Dream of Reason release- including Asia, but Alistar and Reuben stopped to sit and chat at Woodford Folk Festival while busily sketching what can be described as a conceptual and very slightly penis-shaped series on the table beside us.Â

Is it finally good to be back inÂ QueenslandÂ after a heady time overseas, and how’s the jetlag?

Alistar: We did the maths, 44 flights this year- almost one a week. Pretty wild, so to just being home is the best feeling.

Did you take much time to party on the road?

Alistar: We tried to plan our tour so that we’d play a show and then have a few days break, or we’d fly into a country a few days before we play and fly out a few days after, just so we could relax a bit, explore the sights. We’ll be sticking around at Woodford; have a beer with Bob Hawke’s on the bucket list.

About the new LP; so many songs kicking around, what made you realise that this was the time to release a full body of work?

Alistar: We always wanted to, in hindsight I think it’s better if you do work as a band for a few years. Work out where you’re at and what your kind of sound is. I think at the start everyone wants to put an album out, saying ‘We’ve got so many songs!,’ and then you realise that a lot of the songs weren’t good enough until we were a ‘real band,’ and knew who we were. There were many songs written in many different genres, and we still play some of the ones that didn’t make the album. It’s a crazy amount of work to release an album, a lot of labels and a lot of people who want their say in how the album goes, and I think next time it will be a lot smoother, a lot quicker.

Who do you go to to pick out the right songs? Is it a band decision?

Alistar: It was pretty much the band, mixed with the producer who ended up recording us. He had a bit of an idea of what he wanted, and luckily there were one or two songs that we all didn’t agree on, which is obvious. So a lot of subtle hints went into the song choices, like getting someone drunk and playing the song and hoping for a ‘Hey, this is a great song!’ 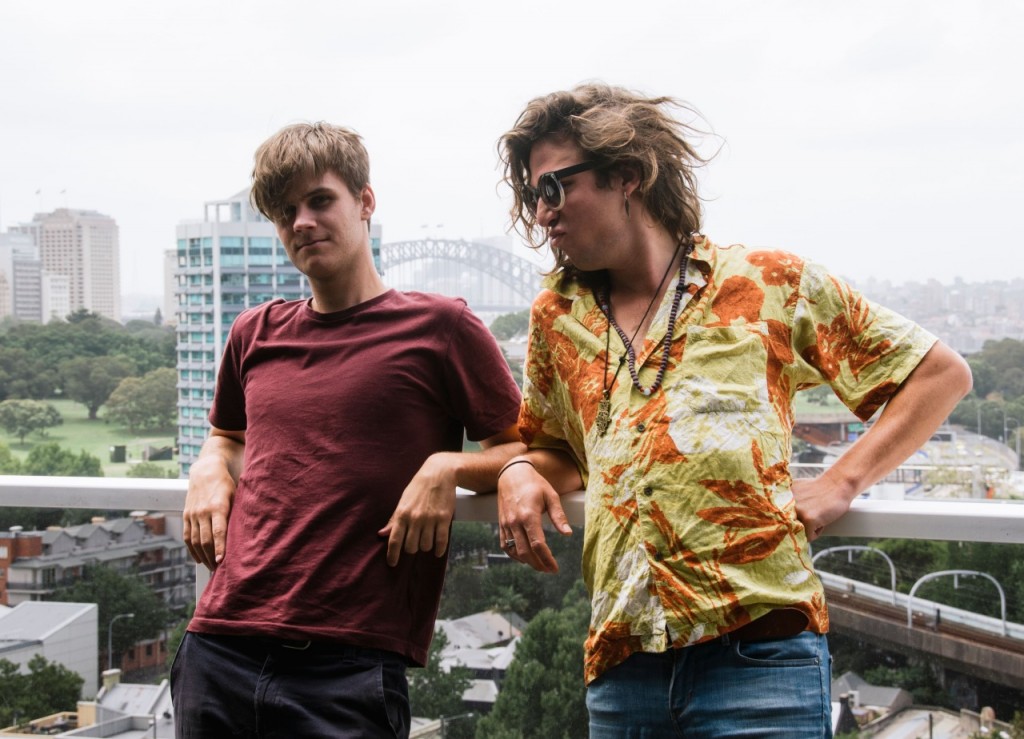 Watching the film clip for ‘Obsession,’ it seems that there’s a very dark undertone that really seems to challenge what people define as Indie Rock.

Alistar: There was a sort of theme to the album- a dark underlying theme, but the ironic thing is about Obsession is that it’s not like that at all. The lyrics are really kind of uplifting and happy, and I think the guy who made the video took that in a different way.

Reuben: On paper it sounded really good, we were working with him through email. We thought it was going to translate but it’s just impossible. You really have to talk to someone. It’s a sensational video though, we really like it.

Back down the track, did the band always see themselves as playing a distinct sound or is it a constant work in progress?

Alistar: It’s always a work in progress. Because there’s so many different types of music that we all like and we all write, it’s funny because you look at that and it seems surprising that we play this type of music. The last two years we’ve been playing these songs, really honing in that sort of sound which is really specific, in spite of all of us liking different sorts of music. Maybe on the next album it’ll change up a bit.

Think time capsules: ‘Where will I be in five years’. If you opened one now, what would you think?Â

Alistar: Well back then it was all about ‘Yeah, I’m gonna write a song with guitar, make it really fast and the crowd’ll go “yeah!” Where as now it’s all about slowing it down, taking a breath. We’re getting old. Rattling our bones.

What about Brisbane though? It’s always seemed like a primordial sludge of music, where a small band can make it big in under a year.Â

Alistar: Well there’s a joke in the band that every band that’s supported us is now big, and we’re doing the same circuit. Every band that supports us; The Preatures, Hungary Kids of Hungary did, the Last Dinosaurs. It’s funny how it works, so listen up bands, if you want to make it big, support us!Â I think they come to us and learn what not to do.

But we were lucky, my dad and my uncle were always into their music and a lot of the veterans of the Brisbane scene in the 80’s were friends with our parents. We’d go to parties when we were kids and maybe Johnny Wilsteed or Grant McLennan from the Go Betweens might be at the party. That was sort of ingrained into us as we were growing up. My uncle has a warehouse, he pretty much just let us rehearse for free, and that was really encouraged. I think there might have been a couple of years of “Get a real job! Go to Uni!”Â We tried to for six months.

Reuben: All of us sort of tried. But, music tech costs, we started to gig a lot more and there was a desision. I stand by it, it’s great. 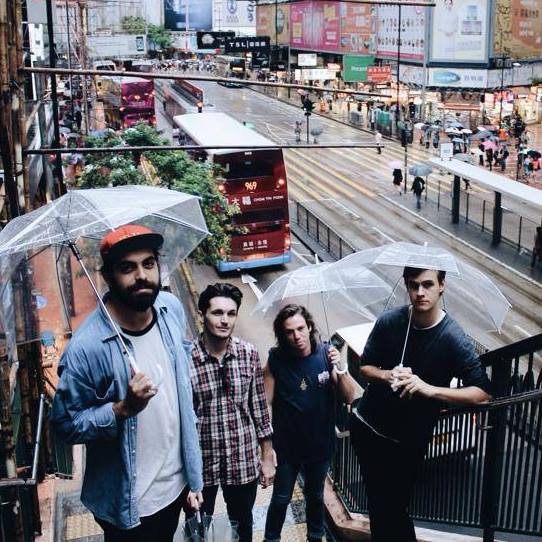 Alistar: All of our excuses aren’t really worth it because Jacob’s been in the band two years and he’s got a degree in advertising and business. He emailed our label- I’m gonna dig at the label now- he said ‘Well, I have this degree, maybe I can do some work for the Cairos, they said ‘No, we have professionals for that.’

You would have had free advertising, free sound tech, and you would have known how to play your own instruments…

Alistar: Well, we bought our own cameras, have our own sound gear…I think we could just make it happen ourselves. It would be so cool. And then we could hand it to them.

Alistar: I think at the start of the year it was ‘travel as much as we can’, really squeeze everything we can out of this band. I feel like that’s something we can take away from it, seeing all these differentÂ countries, playing in different areas, I feel that we now have a foundation to build on what we can be, what music we want to push.

Reuben: We had a big touring year this year, looking forward to a bit of a break over summer. We’ll get back into writing. trying a different process at writing.

Alistar: We learnt how far we can push ourselves, our bodies and all these other things. Our spirit. It was Reuben’s first time on a plane at the start of this year.

Reuben:Â We’re looking forward to a bit of a breather.

Alistar: Have a goal.

Reuben: Kick the goal.
Tracks from Brisbane’s Resident Sage and Band can be found on the links below:

ImageÂ Credits: Sam McMillan- Tumblr: I am Sam,Â The Cairos

Movies Any Fashionista Would Love