Since their formation in late 2013, The Jensens have been on an upward spiral of toe-tapping tunes and an attitude thatâ€™s casual and endearing. Their fuzzy indie-rock is ridiculously catchy, and both of their singles Shark Thunder and Sick Sad World have proven to be favourites on Unearthed, with the former being selected as a featured track back in May.

Comprised of mates Bodi Lowrie, Joe White, Jordan Aston, Nathan Kendall and Phillip Fabros, itâ€™s clear that The Jensens are having a lot of fun with what they do- both on and off stage. We caught up with Nathan, Joe and Phil to discuss whatâ€™s ahead for the five piece group.

CD: We gave your tracks on Unearthed a spin and loved them- they have a pretty consistent sound, so would you say youâ€™re trying for certain vibes?

Nathan: Not really. Theyâ€™re just the first proper recordings we did together and we liked how they sounded.

CD: Would you say you listen to a similar style of music as you create?

Nathan: Kind of but, not reallyâ€¦

Nathan: Television, The Beatles, The Strokes, David Bowie, The Clashâ€¦ 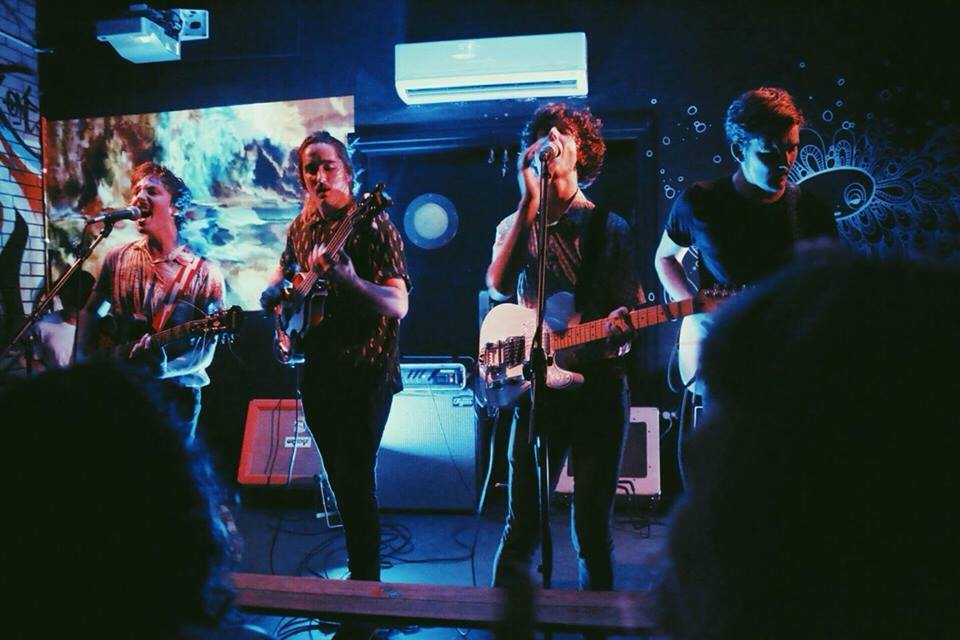 CD: Youâ€™re on the first ever Jungle Love lineup as well as playing the Blurst of Times- how are you feeling about those?

Joe: Blurst is going to be big for sure.

Nathan: Iâ€™m just excited to camp for the weekend at Jungle Love, play a show, take a dip in the lakeâ€¦ Can you swim in that lake?

Phil: Weâ€™re keen to see The Furrs and everyoneâ€™s telling me to see Fat Susan.

CD: Are The Jensens working towards anything in particular at the moment?

Nathan: We also have plenty of shows coming up- Tundraâ€™s EP launch on September 19, and then the week after weâ€™re playing with The Belligerents.

CD: Speaking of The Belligerents, we see you worked with Konstantin at Airlock Studios- how was that?

Joe: He produced our two singles so far. It was great, heâ€™s very talented.

Phil: I think he cleaned us up, we realised we could play a lot tighter.

Joe: It was the first time weâ€™d been in a studio of that calibre too, and we got some really good music out of it.

CD: Youâ€™ve all played in bands in the past, how did you come together?

Joe: It was a jet ski accident.

Nathan: Bodi dived into the ocean and started CPR, Joe was sunbathing, I was writing poetry and crying.

Nathan: Thatâ€™s what I was trying to say. 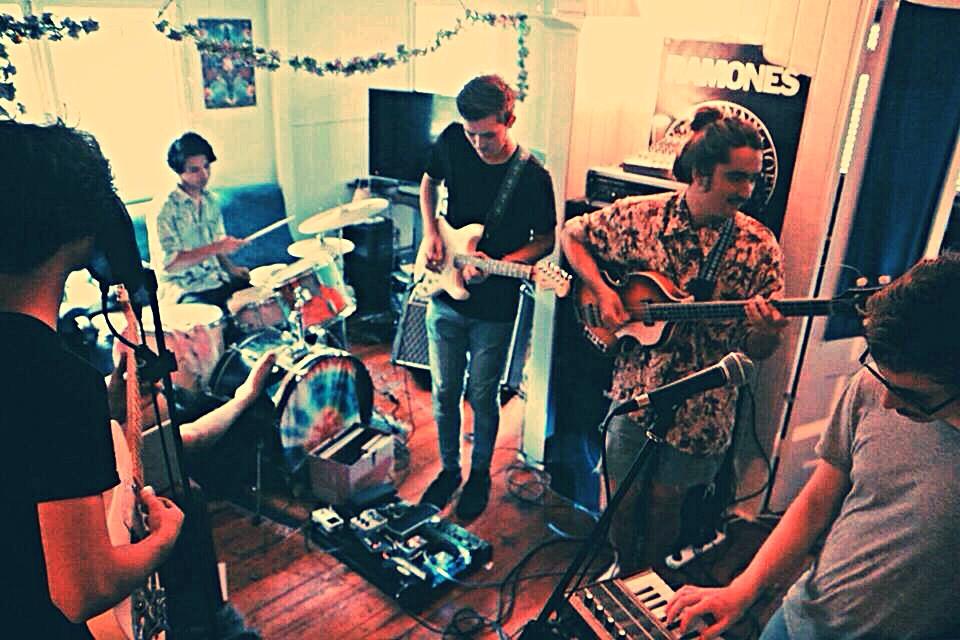 CD: Whatâ€™s your rehearsal schedule like, do you play often?

Nathan: Joe, Bodi and I actually live in the same house, and downstairs is set up as a sort of studio rehearsal area.

CD: What’s your writing process then, considering you live together?

Nathan: Joe and I have collaborated on most of the songs but really, they come together in rehearsal.

Joe: Someone will write a song, bring in the bare bones of it and then we all write it from there. I guess the original ideas are independent but the way it comes out is collaborative.

CD: You guys are playing at Black Bear tonight where else do you have your eye on playing?

Joe: The Triffid. Itâ€™s a new venue, they have good things.

CD: Any Brisbane acts that youâ€™d love to play with?

Joe: We played before Velociraptor the other night which was really fun, the whole place was packed.

CD: Do you find playing in The Jensens different to bands youâ€™ve played with in the past?

Nathan: Because weâ€™ve made all of our mistakes in the past.

Joe: We learned in the past, so itâ€™s been a much tighter process.

Nathan: Shout out to my boy Kanye, Iâ€™ll see you in a week.