As soon as you walk through their front door, you can tell the Svoboda family is a musical one.

With a classical guitar teacher father and a flautist mother, it’s hardly surprising that siblings Simon and Helen chose to immerse their own lives in music.

The band that was to become The Moose originally started off with Simon and his high school friend Dom Pearson.

Realising that just guitar and drums were not enough to fulfil the sound that they wanted, they brought on Helen as bass player.

Later this month, The Moose will be playing a show at Black Bear Lodge, their last show before Dom departs on a four-month overseas exchange.

CD:Â Can you tell me a bit more about your musical backgrounds?

Helen:Â I almost went into classical piano at UQ but I turned that down to do jazz bass at the [Conservatorium of Music] instead just because I found it was more creative and more what I wanted to do, more modern. I play a lot of double bass, a lot of jazz on the side as well as doing the rock bass. So, we live and breathe music basically.

Dom:Â Through school we had to play an instrument. I got into the percussion program at [Villa Nova College]Â and I sort of continued on and enjoyed it a lot, playing a lot more kit. Simon and I played in a lot of school ensembles earlier.

Simon:Â I began playing cello at seven, but then at about 12 years old I discovered Rage Against the Machine and I wanted to play guitar.Â  I’ve always been a bit jealous of Tom Morello. So that’s where my guitar comes through.

CD:Â How does the songwriting process work?

Simon:Â I feel really strongly about some things. So I just like to write lyrics about it. I sort of get the ideas for most of the lyrical songs and we all come together.

Helen:Â It really is Simon who starts off with the song structure and the lyrics. As he said, he just brings in his acoustic guitar version and vocal and Dom and I add our own colours to it. I’ve written one of the songs on our album, Persian Hippo. That’s more like an instrumental piece. I’m not so strong at writing lyrics so I find it’s good to leave it to Simon because he’s the one who’s going to be singing the songs so he always works out what suits him.

CD: Dom, where are you off on exchange to?

Dom:Â I’m going over to America. To the University of Wisconsin in just over a month. It’s only four months or so. I think we’ve had four month gaps between gigs at times in the last year, so I think we’ll survive.

CD:Â What do you all do when you’re not playing in the band?

Dom:Â I’m a bit different to these two. I study accounting at UQ, so I see Simon around at uni a bit. Otherwise, nothing too musical separate from the band.

Helen:Â As I said, I study full-time music at the con at South Bank, so jazz bass, Bachelor of Music. I actually play a lot of jazz gigs so I have about two or three a week at the moment on double bass. I also teach piano and bass students, so that’s my kind of job as well. So a lot of my spare time is still devoted to music.

Simon:Â I just hang out. Having a good time. That’s what I do. 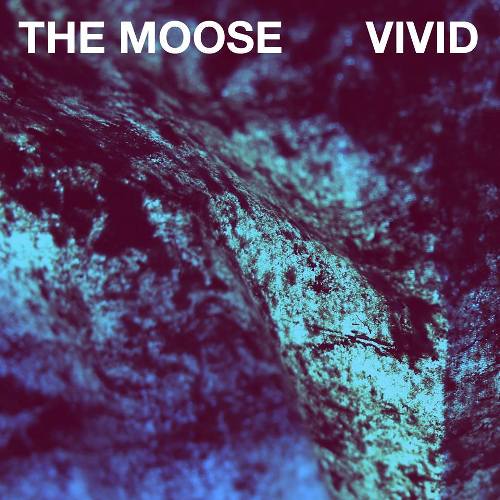 CD:Â Are you happy with how the Vivid album turned out?

Helen:Â Very.Â We got over 250 people to our launch at The Zoo which was really over what we were expecting, so we were really happy with that. [We] sold, I don’t know how many we sold on the night, we sold a lot.

Helen:Â We were hoping to sell at least 50, so we sold more than we thought we would. We sold a couple on bandcamp. We’ve been doing more recording after that with our mentor who recorded our album, so we’ve got more on the way too.

CD:Â Who is that mentor?

Helen:Â His name’s Lindsay Stafford, so kind of like a family friend of ours but he’s also really good at music recording tech, a recording engineer. We went to him originally to record our album but he’s wanted to stick with us since then because he really likes what we do.

Simon:Â We were in the same room, we didn’t record separately or whatever. We all recorded together, then I did the vocals later. So we were really happy [with] how tight it came out.

Helen:Â In other words, it wasn’t single tracked. No click tracks or anything. It’s all live. 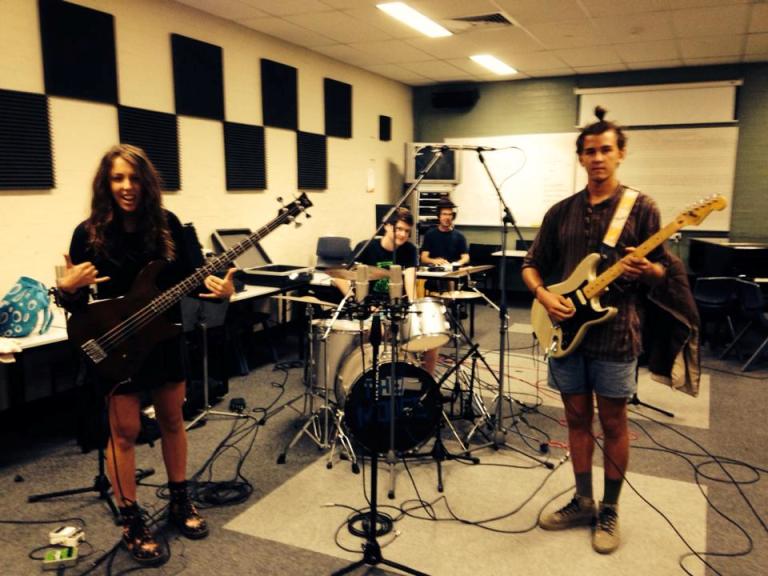 CD:Â Do you think that your songwriting has evolved since the band first started?

Simon:Â Yes. Well, the first song we wrote together was called ‘Dog’. It was about our dog who passed away. But some of the meaning behind the songs has gotten a bit more intense.

Helen:Â I think our input as well has helped to build the structure of some of the songs. Simon has an interesting writing structure so he has a lot of instrumental choruses of songs. So a lot of them aren’t as vocal-based, like Dog which has about one minute of vocals in it.

Simon:Â I don’t really use too many metaphors or whatever. For example, the song Mental is about eating disorders. It’s pretty straight up.

CD: The Ultrafantastics and The Howling Seas will be supporting you at your Black Bear Lodge gig. How do you know them and what are they like?

Helen:Â [The Ultrafantastics are] just four guys who I go to uni with. And they’re kind of an offshoot of a bigger band called Astro Travellers. So they’re really into this genre of music called jazz hip-hop. It’s just four guys, bass, piano, sax and drums. So they do kind of electronic bass with jazz/hip-hop vibes and sax adds the jazz element. So they’re pretty different. They’re good friends and we really like supporting them and their music because they’re fantastic at what they do, possibly some of the tightest grooves you’ll hear.

Simon:Â The Howling Seas’ frontman is James Walker, a grade 12 student at [Iona College]. He’s pretty exceptional at what he does and we really enjoyed their album. 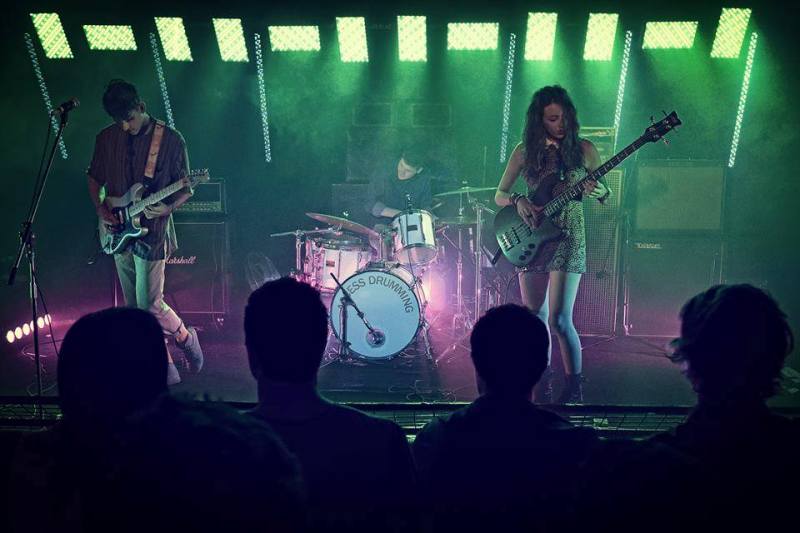 CD:Â What are your plans for after the show and Dom’s return?

Simon:Â We had to take this next gig because it’s a pretty big deal. And unfortunately Dom will have left by then, so we’ll have a step-in drummer.

Helen:Â So that’s also going to be at Black Bear Lodge. We’re supporting a band called Boss Moxi. We’ve had to get a fill-in drummer for that one but he’s also a friend who knows all of our songs. But because Dom’s not gone for all that long really, I think Simon and I can focus more on writing new material when he’s gone and when he comes back, planning and completing a new set for next year.

Let Loose With ‘No Lights No Lycra’