You probably haven’t met a country rock and roller with an attitude on par with her highness’Â The Peppercorn Queen.

With strong country-esque vocals and a knack for lyrical narration, you can close your eyes when listening toÂ Jackie Marshall akaÂ The Peppercorn Queen’sÂ Â tunes and have imagery of great vistas playing across the backs of your eyelids. The Queen of the peppercorns indulged us this week with some friendly banter surrounding herÂ collaborative project with innovative fellow country rockersÂ The Fat Lambs,Â released back in April this year and calledÂ The Good People EP;Â also we discussed her upcoming ‘Party on the Commune’ that will be held this Friday at Brisbane’s adored venueÂ The Old Museum.

CD: When did you first take an interest in music?Â

Jackie: My mum had a piano and I was curious from a young age about playing it. When she thought I was old enough she trundled me off to lessons. Then my beautiful teacher decided that I should take singing lessons instead because I would spend the entire lesson singing instead of playing [laughs]. Then when I was 14 my neighbour got given a guitar that she didnâ€™t give a shit about playing so I ended up with a guitar and taught myself to play. And the rest is history. 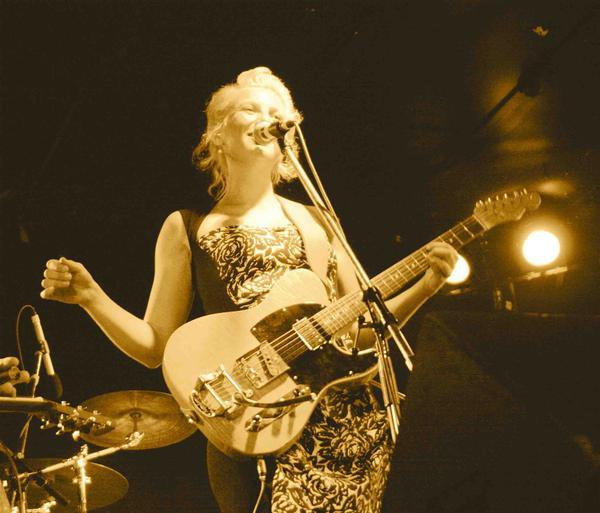 CD: What artists influenced you?

Jackie: The first three cassettes I ever owned are fairly telling. I had Madonnaâ€™s Like A Virgin, the Traveling Wilburys Volume 1 and U2â€™s Rattle and Hum.

CD: When did you decide you wanted to pursue a career in the music industry?

Jackie: 1984, about the time that that Madonna album came out [laughs]. Nobody took me seriously of course. Iâ€™ve worked in hospitality and had the odd secretarial role, but music will always no matter what you do welcome you back because the whole community is filled with people who constantly f*** up. Itâ€™s where you go when youâ€™ve got no where else to go [laughs then starts singing theme song to Cheers]

CD: When did you start going by the name of The Peppercorn Queen and where did it come from?

Jackie: In 2007 or 2008 I played at an infamous country music festival in northern NSW called the Nimigi Music and Arts Festival, and I got particularly dressed up in lots of local flora. I wore a massive headdress and this beautiful 50â€™s pale blue chiffon dress, and the compare decided that there needed to be a queen of the festival and that I should be it. So I became the inaugural queen of the Nimigi Music and Arts Festival. Thereâ€™s a lot of peppercorn trees out in Nimigi, so itâ€™s kind of an endemic for the local area. 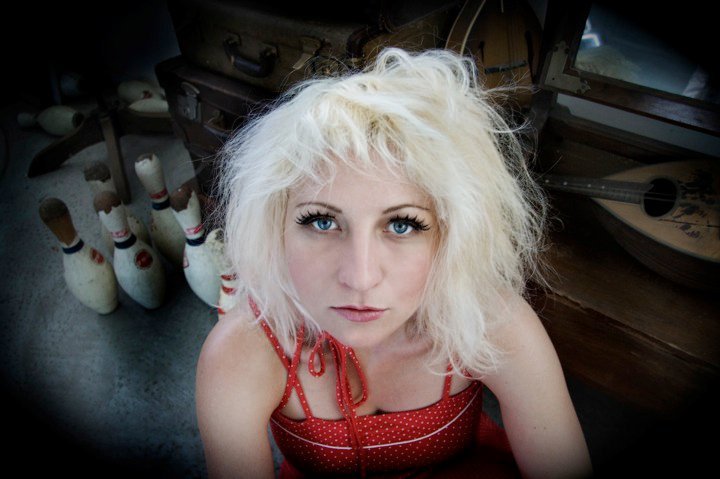 CD: You released your EP The Good People back in April this year, how was that received?

Jackie: Weâ€™ve had some really critical reviews. Itâ€™s always the same story, the journos love it but whether or not you can translate it to punters at shows is another story.Â

CD: How long were you working on the EP for?

Jackie: Four years. We started tracking four years ago, then I fell in love with a jerk and had a baby, then I got rid of the jerk and we put the EP out.

CD: Each of your songs on the EP features The Fat Lambs, what was it like working with them?

Jackie: Itâ€™s a real privilege to work with a band that has known each other since they were kids in high school. These guys could play together in a coma. They instinctively knew where each other was going and could figure out what ideas musically would work on the EP. It makes you work harder and smarter as a front-person when youâ€™re supported by a band like that.

CD: Do you have a favourite song on the EP?

Jackie: Probably Peel St. Peel St is the name of the main street in Tamworth, and I started writing it the year that I met (the EPâ€™s producer)Â Lee IvensÂ and all the Fat Lambs guys, which was 2005. Itâ€™s a song about being tremendously hungover and doing the walk of shame down Peel St. 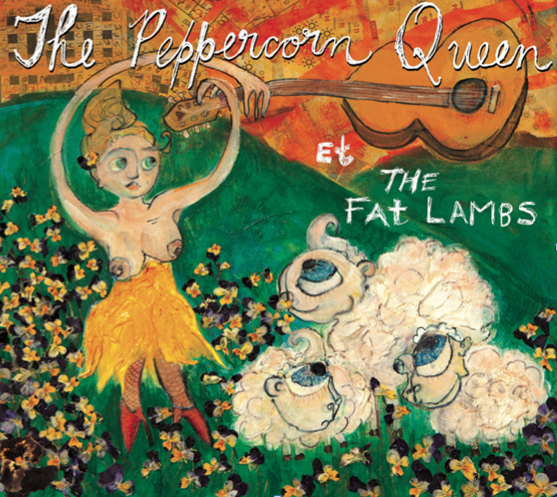 CD: How would you describe your music?

Jackie: Itâ€™s a creative drive. If I donâ€™t feel like I have a creative flow then I feel like necking myself [laughs]. So I create because I have to.

CD: Youâ€™re having a Party on the Commune on the 21st of November, can you tell me about it?

Jackie: The party is a concept that I got together with Emma Bosworth whoâ€™s launching her album there as well. Iâ€™d just come back from touring and the most fun at a show Iâ€™d had was at one I played on a commune, and I wanted to recreate that vibe. So weâ€™ll have a lot of kaftans, rugs, food and banana leaves. Weâ€™ll create a communal vibe and play loud fun music.

CD: Emma Bosworth and Kahl Wallis of The Medics will be playing as well, what do you think of their music?Â

Jackie: Emmaâ€™s just got this incredible voice and Iâ€™m really encouraging her to keep writing. Kahl I adore, Iâ€™m not saying this to be sexist but heâ€™s such a spunk. Iâ€™m excited to see him solo because I havenâ€™t yet, but from all reports he takes people on a journey. 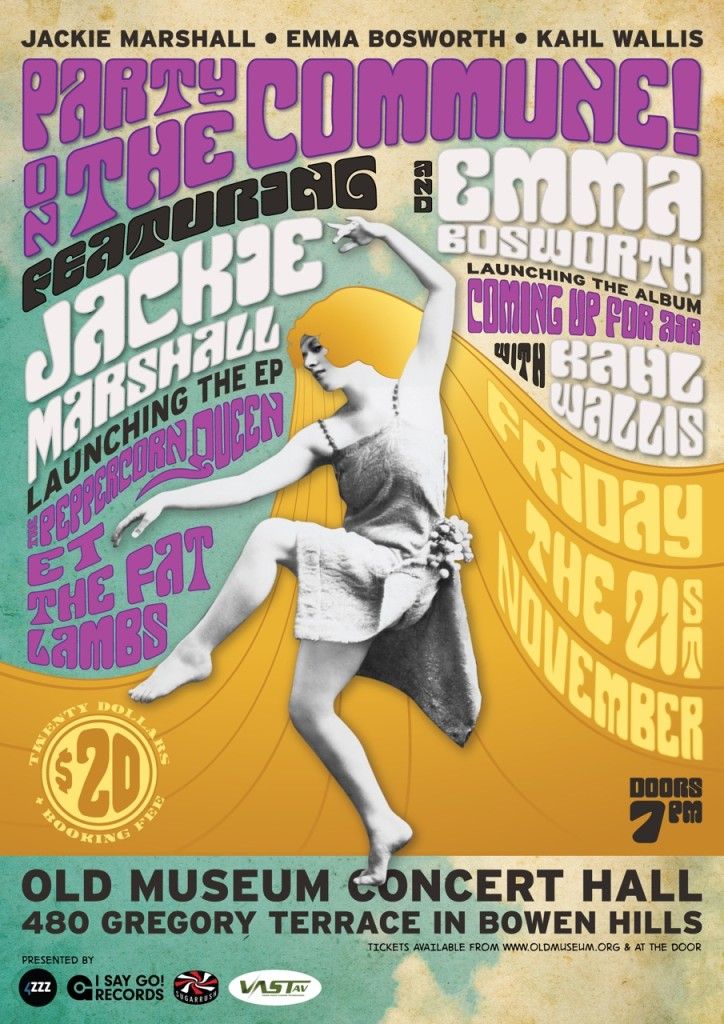 CD: After your party youâ€™ll be hitting the road for a fair few shows, whatâ€™s your favourite part about touring?Â

Jackie: Me as a personâ€™s favourite part is undoubtedly seeing my very dear musician friends in other parts of the country and world, and having them take me on adventures to strange places.

CD: After you wrap up the year with your upcoming shows, whatâ€™s next for you?

Jackie: Iâ€™m playing at Woodford and the Tamworth Country Music Festival, then doing some more recording in January, and aiming to get over to New York so fingers crossed that all comes together.

Kaftans, rugs and banana leavesâ€¦ What more could you want at a party?! More info aboutÂ The Peppercorn Queen’s Party On The CommuneÂ here.

Menswear: The Wardrobe Staples for Summer 2015