Having her second EP â€˜Monstersâ€™ released in August and a national tour coming up this Spring, we had a lot to talk about when we caught up with the musical gem Thelma Plum while she was in town for BIGSOUND.

CD: Howâ€™s it been being back in Brisbane?

Thelma: Itâ€™s been really good. I just got back a couple of days ago.

CD: Where were you before that?

Thelma: I live in Melbourne now. But Iâ€™m from Brisbane so itâ€™s been pretty cool to come back home and hang out with friends.

CD: How long have you been living in Melbourne?

Thelma: Only two months, but before that I was living in Sydney for almost a year.

CD: Do you prefer Melbourne over Sydney?

Thelma: Mmmm yeah I think so, it definitely suits my lifestyle a lot more. 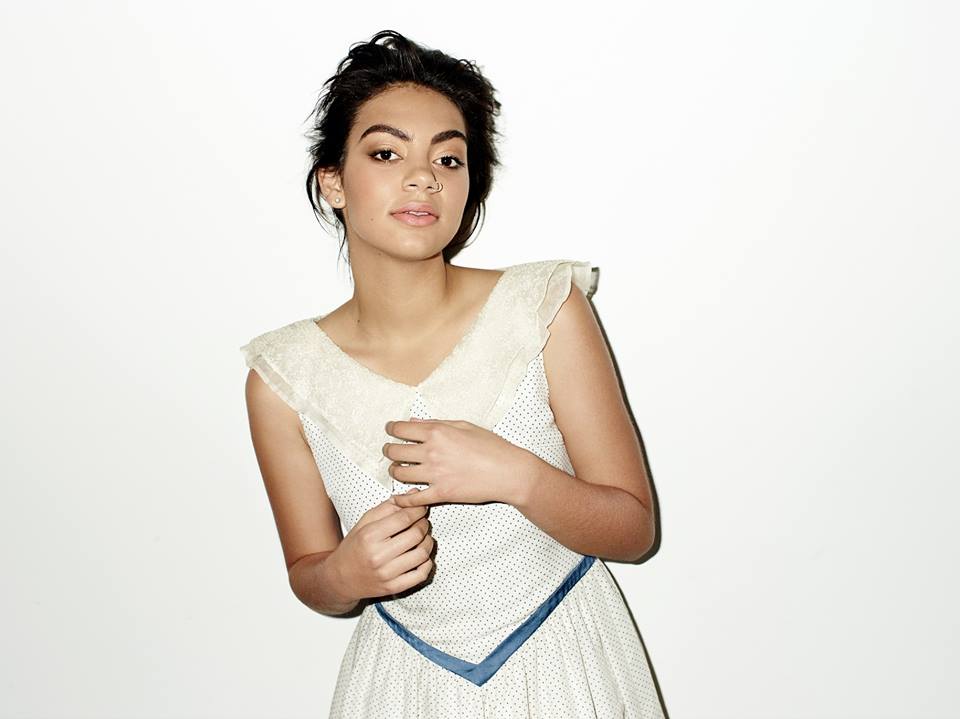 CD: When did you first start writing and playing music?

Thelma: I first started writing and playing I suppose when I was really little. Iâ€™ve always written songs, and I think I learnt to play guitar when I was in primary school. Pretty much ever since I can remember.

CD: What made you start?

Thelma: A lot of things. I was always a singer, Iâ€™ve never not known singing. But I also used to listen to a lot of music by singer-song writers when I was growing up, so that influenced me as well.

CD: Who were the artists that influenced you?

Thelma: I used to listen to a lot of country music, people like Slim Dusty, Casey Chambers and Paul Kelly were huge influences.

CD: Was music always something you wanted to pursue a career in, or did it start out as just a hobby then grew?

Thelma: Pretty much always. I went to watch Paul Kelly when I was really little and I told my mum that I was going to do exactly what he was doing when I was older. From then on I thought Iâ€™d only ever be a musician.

Thelma: Hmmm maybe not even that, maybe someone who just cuddles dogs for a living.

Thelma: Yes! That would be my job.

CD: When did you get to meet him?

Thelma: Around two years ago. We share the same publisher. Back when they were signing me they organised for me to meet him and we ended up getting pretty drunk and having great chats for like four hours. It was actually the best thing in the world.

CD: Where does the inspiration for your songs come from?

Thelma: Generally when Iâ€™m heartbroken or really sad. But then if nothing like that is happening Iâ€™ll watch my favourite films, or listen to my favourite music, or read my favourite book and Iâ€™ll be inspired.

Thelma: Thatâ€™s such a hard question. My favourite movie is probably Frances Ha. Itâ€™s this really cool movie thatâ€™s shot in black and white. Itâ€™s sort of like the TV show Girls, that kind of humour. Itâ€™s shot in New York City and itâ€™s depressing and funny at the same time. I canâ€™t even think what my favourite book is right now, Iâ€™ll get back to you on that one. 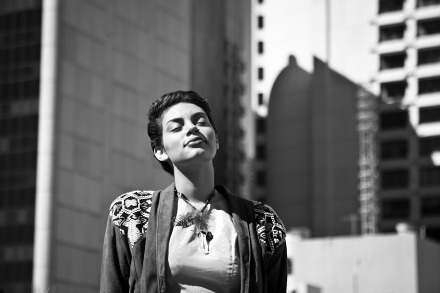 CD: How long were you working on ‘Monstersâ€™ for?

Thelma: I was writing for quite some time. Once Iâ€™d finished writing I had to wait for a bit before I worked out who I was going to work with, but once that happened it was pretty quick.

CD: Did you always have M-Phazes in mind as who you wanted to work with?

Thelma: Well I worked with him and John Castle. John engineered it. We put it together then Phazes added onto that. But yeah, I did always have it in my head that Iâ€™d want to work with him.

CD: Did he have a big influence over how the sound turned out?

Thelma: Absolutely. It was very much a collaborative thing and I was very open to his ideas. The drums on there are entirely him, thatâ€™s just his world.Â

CD: Was the production of this EP a lot different to your first EP â€˜Rosieâ€™?

Thelma: Yeah it was a lot different I suppose because Rosie was mostly acoustic guitar based and this one is a lot more beat-sy. I feel like they are quite different but the song writing and the structures of the songs tie in together a little bit. 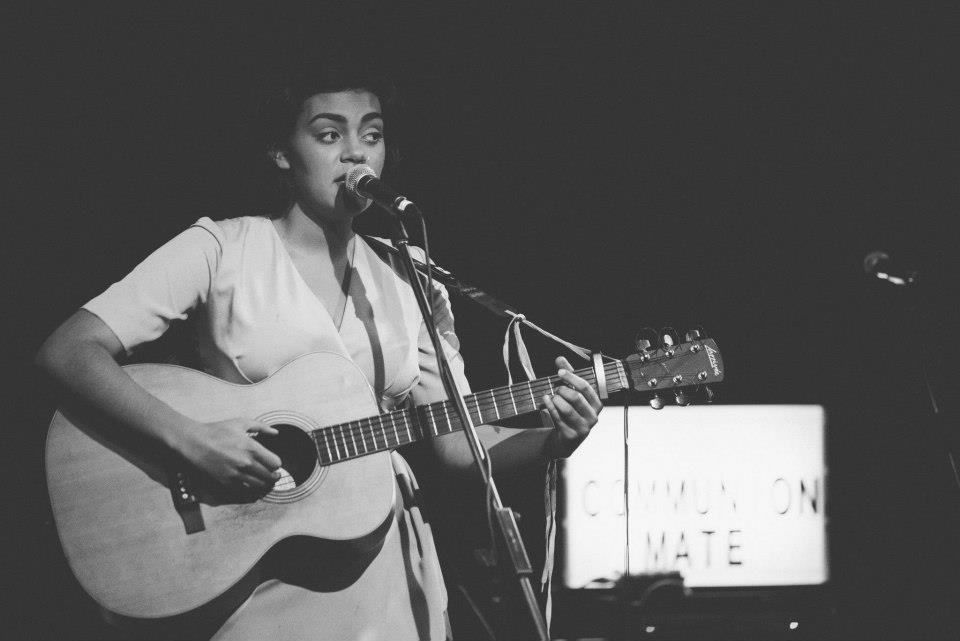 Thelma: SO good. Heâ€™s a genius. I would just start with this tiny, little, small idea and then Iâ€™d give him an hour and heâ€™d have created this whole new world of things, so it was really incredible to work with him. It was very much a learning experience for me.

CD: What did you learn from working with him?

Thelma: Musically I learnt a lot from him. As lame as this sounds he taught me to think outside the box, instead of just thinking â€œOh well this makes senseâ€ and doing it a simple way. Iâ€™d play a song one way, then he would suggest doing something completely different. At first Iâ€™d think that it was going to sound totally weird but heâ€™d do it and it would sound really good and would fit.

CD: Did the EP have any major influences or specific ways that you wanted it to sound?

Thelma: Yeah, I guess how it sounds is the idea I had in my head. But Iâ€™m also a big hip-hop fan and was listening to a lot of Aussie hip-hop at the time, like Illyâ€™s album, hence how I found out about M-Phazes because he worked on all of those songs. I always thought it would be cool to work with a hip-hop artist because it would be really interesting with me coming from a folk world.

CD: How do you feel about how itâ€™s been received?

Thelma: I feel really good about it. At first I was really nervous when I released it because it was so different to Rosie, so I just hoped people were going to like it and not be like â€œWhat is this?!â€ But people have been really nice.

CD: What kind of feedback have you received?

Thelma: There have been hip-hop fans at the shows that have said they werenâ€™t fans before but now they are. So I feel like the EP has opened a lot more doors for me in regards to people who I wouldnâ€™t expect to like my music.

CD: Your single ‘How Much Does Your Love Cost?’ got heaps of play time on Triple J, did you expect it to be so popular?

Thelma: No not really. I guess I was very conscious of not having many expectations because I was a little bit nervous about how different it was, and I think that when you have expectations for something that can sabotage it if youâ€™re disappointed. So, I tried really hard not to have many expectations. Then when Triple J started playing it and people were receiving it well that made me really happy.

CD: What can people coming to your â€˜Monstersâ€™ tour in October and November expect to see and hear?

Thelma: I used to play on my own but now I play with a band and theyâ€™re all amazing musicians. The shows are very beat-sy and very different. Theyâ€™ll be a lot bigger then they used to be.