Tom Oliver is one of Australiaâ€™s brightest rising talents with a broad portfolio that includes music, theatre, film, television and cabaret. He spoke to us about his upcoming role in Into the Woods and everything in between.

In 2014, Tom became a member of Kylie Minogue’s inaugural team on Channel 9’s hit television show The Voice Australia.Â After The Voice, Tom starred opposite Wes Carr in the national tour of Rolling Thunder Vietnam playing the lead role of Johnny in front of Chong Lim and the John Farnham Band.

Other recent Australian credits include; The Land Mine Is Me as part of Queensland Theatre Company’s ‘Scene Project’ and Romeo in Shake&Stir Theatre Company’s North Queensland tour of Romeo & Juliet. Internationally, Tom has played the lead role of Cecil Steamwhistle in Thomas and the Hidden Treasure in its Hong Kong, Dubai, Singapore and Melbourne seasons.

Brisbane audiences can next see him as Jack in Harvest Rain’s production of Into the Woods and heÂ can hardly wait!

TCI: Into the Woods was adapted into a feature film last year but critics were first to comment that itÂ failed to capture the magic of the stage production. What do you think it is about seeing musicals, especially Into the Woods, live on stage that audiences just seem to love?

Tom Oliver: Jack andÂ The Baker are two of my bucket list roles and I was running out of time to play Jack!Â I enjoyed the film (a lot of musical theatre lovers didn’t).Â I think the film adaption of Into The Woods introduced the world of Music Theatre to an audience that may not have seen it before. I hope it did anyway.

I think ‘magical’ is a great way to describe musical theatre. It’s anÂ event, a special occasion, where actorsÂ and techniciansÂ join forces with a live band (under the command of a director and creative team)Â to tell a story.Â As an audience member – and an actor – I guessÂ it could be compared to the feeling you get inÂ a packed crowdÂ at the MCG on AFL Grand Final Day. You don’t know what’s about to happen but you’re just excited to be there.Â Anything could go wrong and everything could go right.

Into The Woods intertwinesÂ the plots of several well knownÂ fairytales which areÂ glued together by aÂ childless baker and his wife who want to start a family.Â Every generation can relate to at least one of the characters journeys. I think that’s why it’s so accessible onstage, and now on film.Â AÂ lot of modern musicals areÂ written to target a specificÂ audienceÂ -Â Mama Mia, We Will Rock You, Jersey Boys etc (which is awesome! Jersey Boys is my favourite shows) – but Into The Woods is a universal classic which can be enjoyed by young and old. 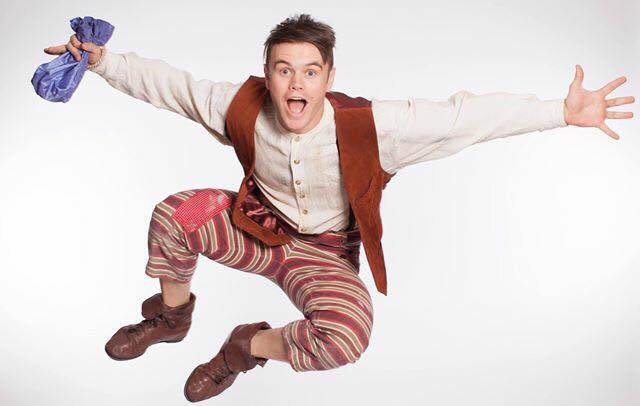 TCI:Â Is there a musical that you would like to see turned into a feature film?

Tom Oliver: It seems to be gettingÂ more and more common recently! I was happy to see Jersey Boys hit the big screen, although I would have done it differently… Maybe Spring Awakening or Next To Normal? Something dark, roughÂ and grungy.

TCI: Into the Woods is such a unique version of a ‘fairytale” as it explores the idea of what happens after the happily ever after. Do you think this is an importantÂ realisation that we all have at some point? The idea that life will always have continuingÂ challenges?

Tom Oliver: Absolutely. We all wish for something better sometimes.Â One dayÂ Jack just wants his cow to produce some milk, the next he is dealing with the fact that he has to sell the cow to get some money for his mother, the next he is climbing a bean stalk into the sky andÂ stealing from a family of giants! Life is full of surprises and sometimes it’s hard to know what is around the corner. The themes in this show are so cool! They are so much deeper than the fairytales they came from. I think Into The Woods reminds us thatÂ we always have challenges in life and it’s up to us to decide how we deal with them.

TCI: Was it hard to for you to put yourself in the mindset of Jack who is still very much a child?

Tom Oliver: This is a very interesting question. I’m still pondering this myself.Â To start, I’m 168cm tall with a baby face, so I do have a slight advantage… I think when playing anyone young it’s important to be truthful to the words you’reÂ saying and knowing where your characterÂ hasÂ come from.Â Jack is not a silly littleÂ kid, he is very clever, intrigued by the world,Â and has a massive heart. I think if I can tap into his youthful energy and intentions then the rest should fall into place. 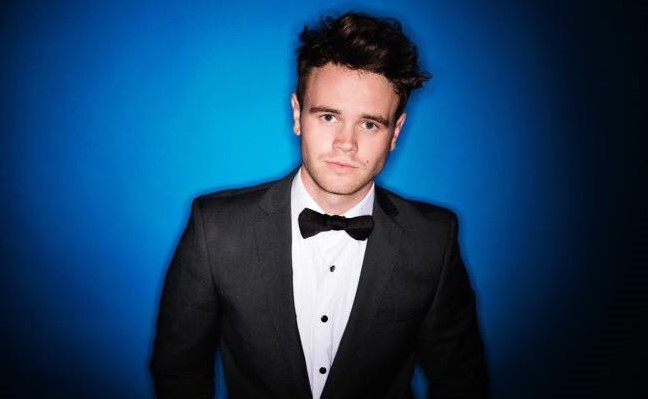 TCI:Â You are working alongside Rhonda Burchmore and and Eddie Perfect who have been acting onstage for many years. How has this experience been for you?

Tom Oliver: I met Rhonda, Eddie and Rachel Beck at the launch of the show a few weeks ago at QPAC. They are all very welcoming and just as excited as I am to get started. I’mÂ on tour with shake&stir theatre company in North Queensland at the moment and getting back to Brisbane the week before rehearsals start in September.Â I’m especiallyÂ looking forward to collaborating with Eddie as The Baker. Jack and The Baker have a lot of similarities (I think anyway) which I’m very keen to explore!

TCI: If you could play any character from a fairy tale, who would it be and why?

Tom Oliver: Peter Pan for sure! He’s the boy who never grew up!! Does that need an explanation?

TCI: You are only in your early 20’s yet you have accomplished a lot already in your career. What have been some of the challenges you have faced and do you have any advice for aspiring performers?

Tom Oliver: That is lovely. Thank you! I sometimes forget that I’m 22. I have a lot of older friends.Â There are so many ways into this glorious industry and there really is no right or wrong. Some go to University, some go to drama school, others take heaps of private classes or learn on the job. IÂ would recommend being kind, working hard,Â being on time,Â takingÂ direction well and being patient. I’m still learning myself!

Work wise, being an actor is a constant juggle. You may be working as an actor for 6 months of the year (if you’re lucky)Â but you still have to pay rent/Â bills/ bridge tolls/Â buy food/ movie tickets/ etc in the other 6Â months.Â I found this very hard to understand for a while. Thankfully this year is shaping up to be a pretty good oneÂ for me.Â I think it’s a good idea to save as much money as you can (even though it’s really fun to spend it allÂ while you’re having a good time on tour) because you never doÂ know what is around the corner and sometimes gigs fall through at the drop of a hat.

It is the worst feeling having to jump on Seek and look for a job in a cafe after being on tour for 3 months because your next gig’s funding fell through. Trust me…. BUT my biggest piece of advice for any aspiring actor would be to enjoy every opportunityÂ you get to actuallyÂ BE an actor. Sometimes hundreds of people haveÂ auditioned for the role that youÂ have beenÂ offered and the director or producer chose YOU. So enjoy it! 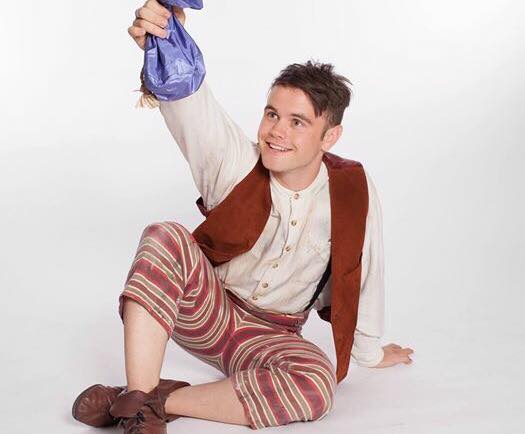 Tom Oliver: Brisbane has so much talent. It’s ridiculous. I think the Australian industry has finally caught on too.Â If these companies (and others)Â didn’t exist, Brisbane wouldn’t have a professional theatre industry. Although there is a thriving arts scene in Brisbane the amount of jobs for actors areÂ a lot less than the amount of actors wanting jobs. I jump at every chance I get to work in Brisbane because it doesn’t happen every day. I think it’s also important for BrisbaneÂ audience membersÂ to keep seeing theatre because it’s them who keep the industry alive!Â If they stop supporting the arts, Brisbane will lose even more performers and creatorsÂ to the southern states.

Tom Oliver: 2016?! Already?!Â There are a few exciting projects in the pipeline for next year. Like always, I just have to sit tight and hope they happen! Personally I have plans to record an album and develop a small business.

WhatÂ Into the Woods