Fresh-faced five piece WAAX have been making waves on the scene since last year, when their contemporary punk-rock sound and wild stage presence immediately pricked up the ears of listeners keen for something exciting and gritty. As proved at two shows during Bigsound, their onstage game is equal amounts aggressive and impressive, with a non-stop, hectic delivery and a whole lot of sound.

We had the chance to chat with the girls of WAAX- vocalist Marie and bassist Ariana- about recent changes for the band, whatâ€™s on the books at the moment, and what we can expect coming up.

CD: Your music has a fair retro-rock sound, but who are you listening to and vibing off in terms of current artists?

Ari: Iâ€™ve been listening to a lot of Band of Skulls at the momentâ€¦ Violent Soho as well but everyone loves them.

Marie: I guess Iâ€™m more focussed on listening to the songwriting since I write a lot of our lyrics, so any good songwriters really, and any ballsy bands I suppose. Weâ€™re all into so much music so thereâ€™s definitely no particular band weâ€™re trying to be like, weâ€™re just a giant sponge soaking up everything and putting it back out there. 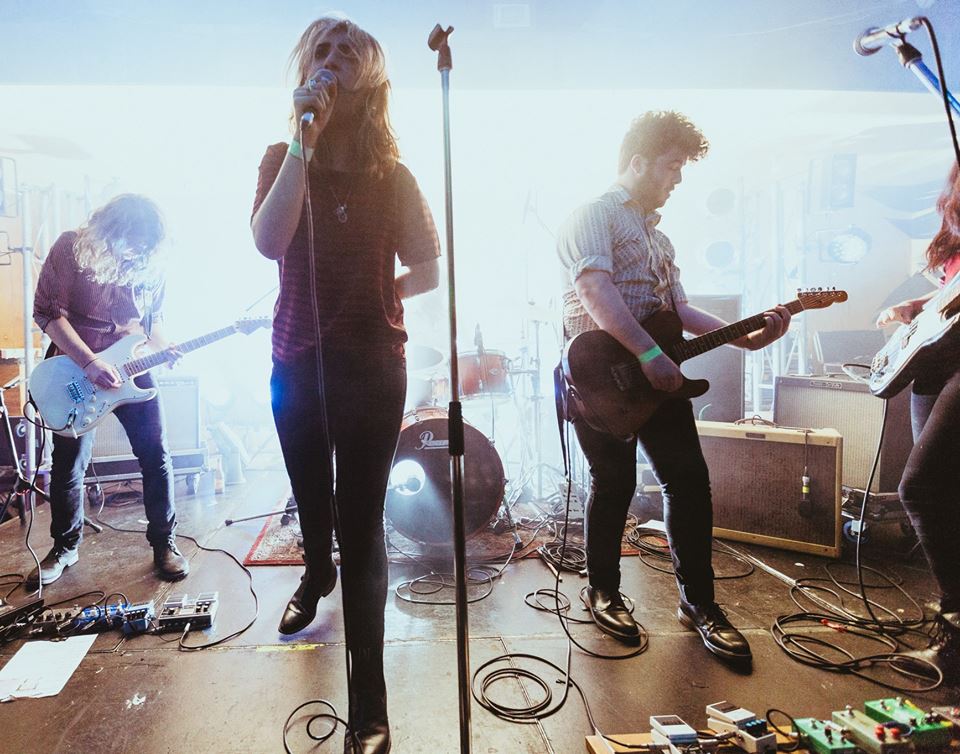 CD: You mentioned that you mostly write lyrics Marie – how does the rest of the process come together?

Marie: Usually Iâ€™ll come up with a little melody or lyrics and write the basis of the song, and maybe a bit of a riff. Then I take it to our guitarist Elijah, and heâ€™ll start building off it a little more, and then we take it to the band, and Tom (drums) will tell us that we have to work it out if we have troubles with the form, then weâ€™ll get Ari to work out bass stuff and Ewan (lead guitarist) puts on some lead lines. Itâ€™s a very step-by-step process, and itâ€™s exactly our process now.

CD: We read you lived together at some point, is that still the case?

Marie: I used to live with our drummer and our old guitarist. Weâ€™ve had a bit of a change of lineup now that Ariâ€™s our bass player, and weâ€™ve also had another guitarist join the band, so weâ€™ve had a few changes to get up to this point.

Ari: Iâ€™ve been in the band likeâ€¦ a month maybe.

Marie: Yeah sheâ€™s fresh, we love her though.

CD: How did you manage things as a four piece, before Ari joined?

Marie: When we first started the band it was just the four of us- I used to play bass and guitar and keys and sing throughout the set and it just got a bit messy, so we decided that weâ€™d recruit another member. Weâ€™ve been a five piece since, which is great because it means I can just do keys and sing.

CD: Has having a bass playing changed things up in the way you all play or write music?

Marie: Yeah, definitely. Having another girl in the band is awesome, just so the boys can go off and talk about dude stuff and we can hang out which is good, because it can be a bit intense just hanging out with guys a lot. 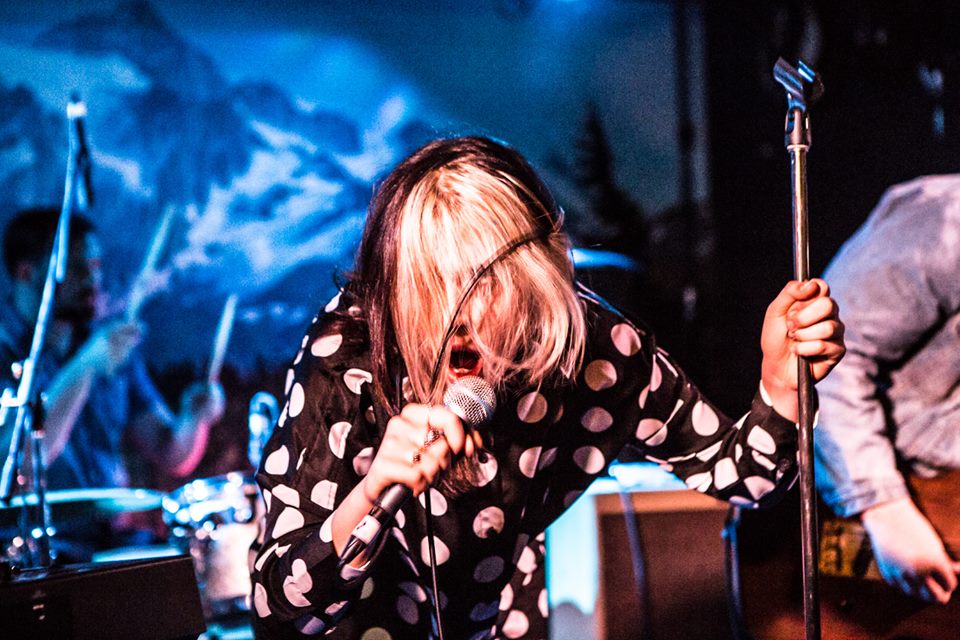 CD: How was it coming into a band with a pretty established sound for you Ari?

Ari: Pretty awesome, Iâ€™m really excited. It was really easy- I got on well with everyone and it didnâ€™t take much effort. It took maybe a week.

Marie: As soon as she walked in to our audition, I said this to the dudes afterwards, the room just got brighter so I was like, â€œthatâ€™s the one!â€

Marie: I do feel like that provided some of the light.

Marie: We recorded a single a few months ago that was mixed by Konstantin (Kersting, of The Belligerents) and weâ€™ve had some sweet results so weâ€™re recording the rest of an EP with him. At this stage Iâ€™d imagine we release it early next year, maybe after another single.

CD: Whatâ€™s your process of putting together an EP then?

Marie: The idea that I had for this EP was that we have a real mix of what we can do- so thereâ€™s super reflective songs, and thereâ€™s real intense ambience, and balls-to-the-wall rock and roll, so a real mix.

Ari: Kind of an emotional journey.

CD: Whereabouts in Brisbane do you (or would you) guys like to play?

Marie: We played Oh Hello supporting Stonefield before Ari was in the band- I loved playing Oh Hello, it was really fun.

Marie: Yep, thatâ€™s a good goal to have.

CD: What do you all do outside of the band?

Marie: Iâ€™m the only one who studies; everyone else works full time, so itâ€™s kind of hardâ€¦ Iâ€™m only doing three subjects at the moment so my fourth one is band, I suppose. But again, the band does take over the entirety of my timeâ€¦

WAAX’s most recent single Wisdom Teeth was released on September 19th- you can listen to it on SoundCloud.

‘On My Mind:’ Powderfinger’s John Collins On Hopes For Upcoming Venue

Review: Angus And Julia Stone At The Tivoli