Fans of twisted bedtime stories and Whose Line Is It Anyway? rejoice! ImproMafia, Brisbaneâ€™s very own improvisational theatre company, have some early Christmas presents for you.

For two deliciously dark and spontaneous nights, the Powerhouse’sÂ WonderlandÂ festival will play host to GRIMM, a wicked, audience-driven adventure into the realm of fairy tale. Meanwhile, over at Brisbane Arts Theatre, a perfect storm of Japanese game show references and comedy is brewing, as extreme theatresport competition Iron Improviser prepares to crown its championâ€¦.

IÂ caught up with Gregory Rowbotham, director of GRIMM, and Scott Driscoll, Iron Improviserâ€™s producer, to find out more about the upcoming shows.

CD: What can audiences going to seeÂ GRIMMÂ expect from their evening?

GR: Audiences are going to watch and participate in creating brand new Brothers Grimm style fairy tales. They will see morality tales, mirthful and macabre, be crafted in front of them.

CD: A big element of the production is audience participationâ€”given that,Â how is a show likeÂ GRIMM put together and how different is it from directing a more traditional script?

GR: The most important part of a show like GRIMM is understanding the source material. Most people don’t really know the real Brothers Grimm fairy tales, they are only aware of the sanitised modern versions. Directing an improvised production is very different to a scripted show. I have directed both in my time and my experience with directing an improvised show is like herding cats. Wonderfully talented, humourous, clever and quick witted cats, but cats all the same. 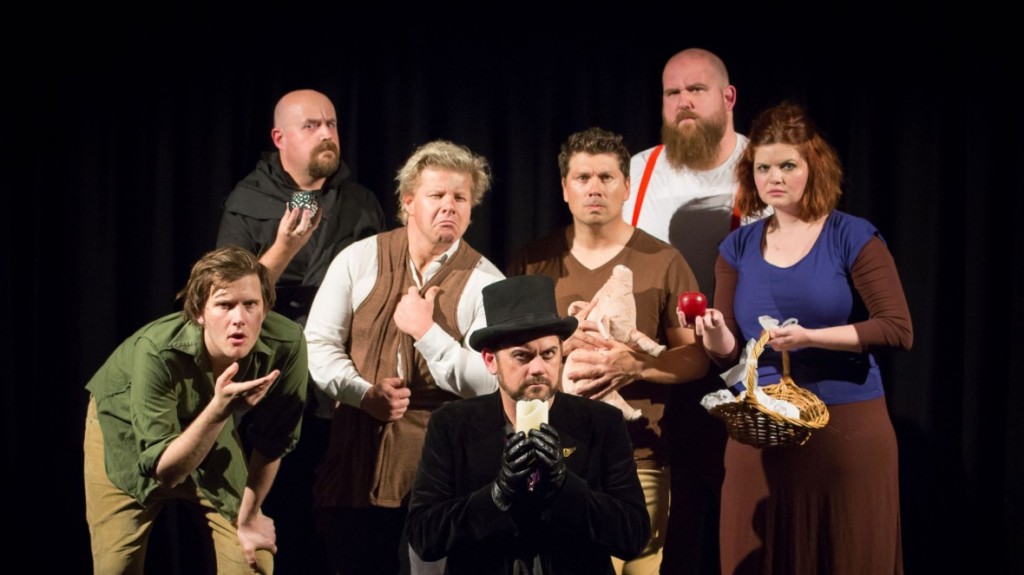 CD: What hasÂ GrimmÂ been looking like in rehearsal? Do you plan for potential audience suggestions, or is there a certain degree of putting the actors on stage and just letting them figure it out?

GR: There is no planning for potential audience suggestions at all. We randomly throw out suggestions for other performers and let the scene build from there. If we did try to pre-plan the audience would know. The power of an improvised show is the spontaneous nature of the production. An astute audience can very quickly ascertain when a performer is bringing rehashed material to the stage. It lacks a certain spark. It is the chaotic nature of that spontaneous spark that makes improvised theatre worth watching.

CD: The Grimm Brothers canon is constantly being reworked and reimaginedâ€”why do you think audiences continue to have such a fascination with fairy-tales (particularly dark ones)?

GR: The original stories were designed as morality tales to educate younger people in what is an acceptable or societally correct way to behave, e.g. ‘don’t go into the woods by yourself’ or ‘hide from dangerous strangers’. Our modern culture still tells stories to its youth to try and shape them into useful adults. We all still enjoy fairy tales and morality tales and the works of the Brothers Grimm allows us to all wallow in a darker more dangerous time. 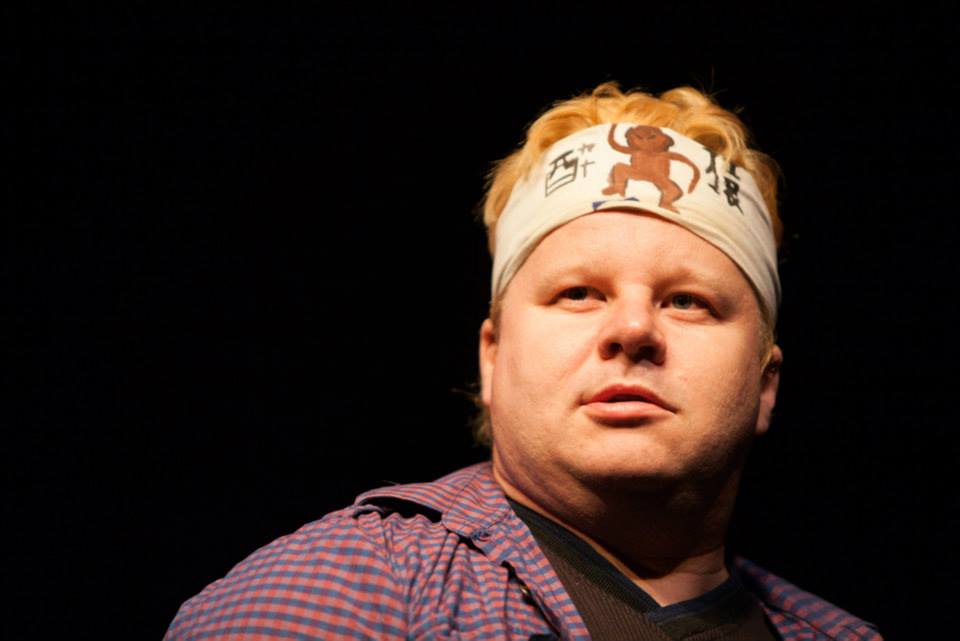 CD: Meanwhile, Scott, youâ€™re getting ready to crown the Iron Improviser Kitsune. How heated is the competition going to get?

SD: We have the best of this yearâ€™s competitors from all levels of the company, we have some rookies that have shown serious skill all the way up to seasoned veterans with a decade plus of practice and honed abilities on the Impro stage.

CD: What sort of tests are competitors facing?

SD: Their challenges will be from the prosaic â€˜word at a time storyâ€™ to scenes where the very emotional state you can replicate directly affect the score of the scene.

CD: After nearly a decade, how much has the competition evolved?

SD: While the games remain much the same, we have definitely evolved from taking the stage in a back corner of a dingy pub. We now regularly grace the stages of venues like The Powerhouse. There is a bigger focus these days on a more well-rounded show with scenes and story rather than just going for the cheap gag. Having said that, sometimes a gag is what the scene needs.

CD: While the competitors get to make things up as they go, what sort of work has gone into producing this yearâ€™sÂ Iron Improviser?

SD: It’s a show format that is near and dear to my heart, we will have a colour theme. The games are picked to showcase a range of skills. Most of the preparation for the actual show is easy it’s something we do on a weekly basis with our rookie show The Speakeasy and with our intermediate show Underdog Impro to a lesser extent as it has a slightly different format. However the more experienced players also have a similar show performed monthly at The Powerhouse in their â€˜Knockoffâ€™ space and next year with the return of The Pineapple Club at the Powerhouse. Most of the work for this show has come from the players winning heats or other competitions through the year. 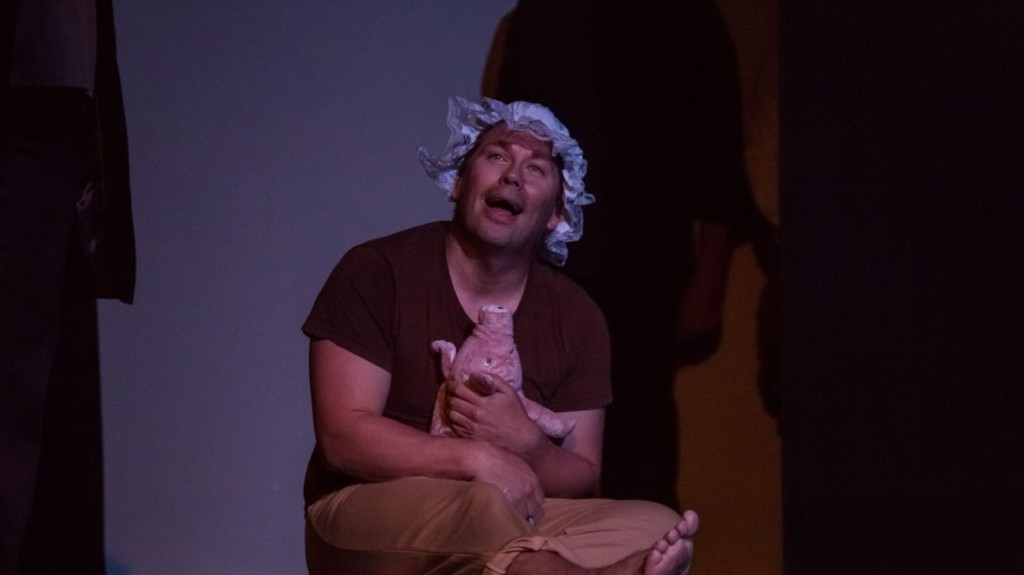 CD: What has been the appeal of impro theatre for you?

SD: The sheer unknown. When you get up on that stage, you walk out into the lights and all you have is a location, a profession, an emotional state or maybe just one word. You can never know where you will end up. Half way through a scene it could all tilt and suddenly you are fighting dinosaurs on the moon when you started in a doctorâ€™s office with an ingrown toenail. While it can be scary it is also very freeing. The best piece of advice I was given was to â€œHold onto ideas on stage with light fingers.â€

GR: Improvised theatre, when done correctly, is not formulaic. I have seen a lot of scripted theatre in my time and it is becoming very hard to find a show with genres, messages and themes I haven’t seen a dozen times before. I feel I can plot out the basic storyline of many scripted shows before the end of the first ten minutes of the production – But not so improvised theatre. Even after all these years, when you watch improvisers at the top of their game performing, you really can’t be sure where the scene or the night is going to go – and that’s exciting.

CD: Finally, do you have a favourite theatre game, and if so, what?

SD: Yes, my favourite game is called â€˜Understudyâ€™ where you take a group of players and you have them act out a scene from a play, t’s name based on a suggestion from the audience. Then the â€˜main characterâ€™ steps out of the scene and a player that has been kept away from seeing the scene steps in to play the departing characters part, much like an understudy in a normal play. The chaos that ensues with the now very different play usually has the audience in stitches.