The band began in 2010 when Liam and Laggy decided to jam after their respective bands broke up.

They have opened for numerous well-known metal acts such as Warbringer, Alestorm and Anthrax.

Despite being around for three years, Malakyte have only released one EP so far.

Recently I sat down with Liam (drums), Dalton (guitar) and Muz (vocals) about writing and recording the new album.

CD: For those readers unfamiliar with what thrash metal is, what defines it from other metal subgenres?

Liam: Yeah, it’s all about the riff. It focuses more on riffs and musicality than gimmicks I’ve often felt.

CD: The next show you’re playing will be in support of your upcoming album. How long did it take you to record it?

Dalton:Â Due to many incidents which have been beyond our control, it’s taken around eight months, nine months.

Liam:Â 10 months. We tracked the drums in November of last year.

Guitars, I think that was started around the Australia Day floods.

It was funny because when I tracked the drums there was a big storm that day and the recording nearly got cancelled and with every proceeding day we went back into the studio it was either raining or flooding.

CD: How do you guys write new music?

Dalton:Â A lot of the songs have mostly been written outside from various members.

The skeleton of the song is usually written first and then we come in and just jam.

Say, Laggy comes in with a riff or a few riffs or something, then we’ll play them out a few times and just sort of muck around with them until we get something more discernible.

CD: Who’s producing the album and where did you record it?

Liam:Â We recorded it with Sam Alcock who’s the guitarist of Brisbane death metal band Defamer.

He mixed and engineered it himself and it’s being mastered in Germany by Harris Johns, who’s produced and mastered and mixed a lot of thrash bands from here, there and everywhere. 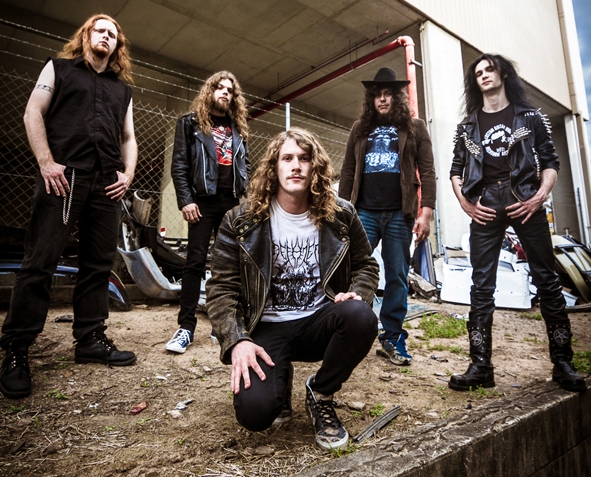 CD: When you write songs, what sort of themes do you usually cover?

Dalton:Â Usually it seems to be whatever is on our mind at the time when we’ve been writing lyrics really.

We don’t go in generally with a theme in mind most of the time. We go in with an idea and work around the idea.

Liam:Â Retroactively we noticed that there was a theme linking the songs on the album, like looking back, just noticing that they all have a sort of common dark theme just linking them all together.

It was actually Dalton who came up with the name Human Resonance.

Dalton:Â I was reading some science articles, some stuff on the earth’s magnetic frequency.

I came across the Schumann resonance frequency which was basically a series of peaks in the earth’s magnetic frequency and the Schumann one is the name for the most prominent base harmonic which is 7.83Hz.

A play on words.

The thing I found that connected all the songs was like symptoms or a culmination of society gone wrong I guess.

I thought that would play well.

CD: So you prefer to talk about issues that affect society instead of fantasy things?

Dalton:Â We love our fantasy things!

Liam:Â One of our songs is about Mortal Kombat [the video game].

Dalton:Â We try and write songs in a way that leaves people to interpret them for themselves.

It’s all about what kind of message you extract for yourselves out of the songs I guess.

There is a song about Mortal Kombat, there’s a song about Cthulhu and that sort of stuff, but there’s some underlying messages in there if you can be bothered looking for them.

CD: What can people expect from the new album?

CD: What can people expect from a Malakyte show?

Dalton:Â The way that we see it is people are there to see a performance, a show, not just a bunch of dudes playing music.

We want to make the live experience more than just listening to a CD in the background.

We want people to feel engaged.

Liam:Â Even when we were starting out, it was incredibly difficult to get people’s attention.

It’s the same for any band.

Once you’ve got their attention, give them something.

Give them a reason why they’re giving you their attention. 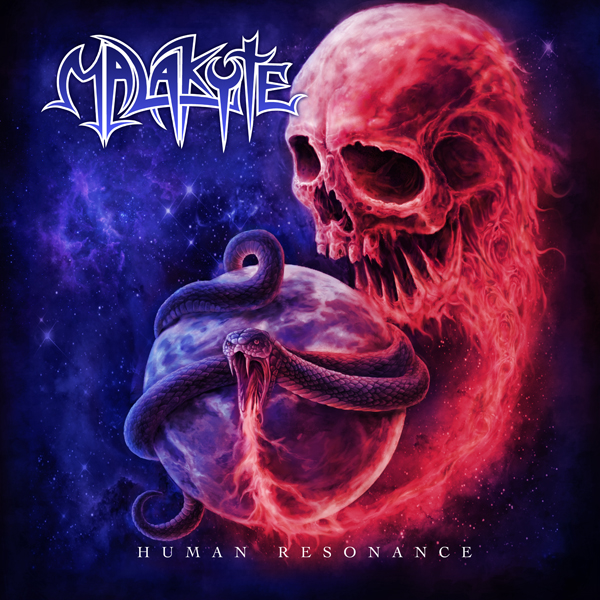 Brissie burlesque steps up for Jimmie