2014 has been a breakout year for local Brisbane bandÂ WAAXÂ and their brand ofÂ punk-inspired rock ‘n’ roll. They’ve played with some of the big guns of the industry, includingÂ StonefieldÂ andÂ Guitarwolf, are about to commence on their first interstate tour, and won Triple J Unearthed’s Bigsound Competition. Creative Drinks caught up with WAAX drummer Tom to talk about the bands year and the upcoming tour they embark on this December 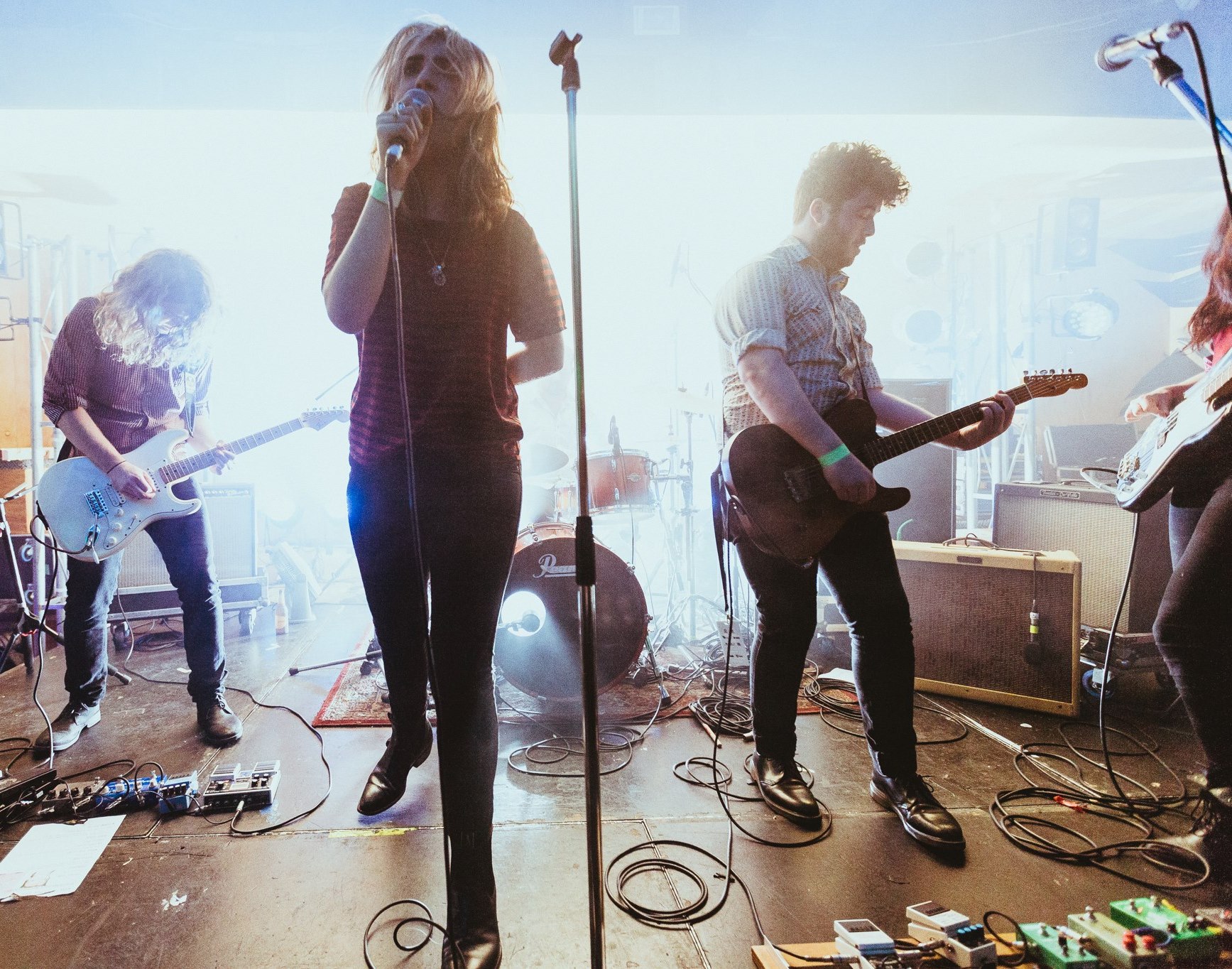 CD:Â Tom, 2014 has been a big year for WAAX, playing with Stonefield, Guitarwolf, Upset and White Lung, as well as winning the Triple J Unearthed Bigsound Competition 2014, what’s been your highlight?

Tom:Â Well winning the Triple J contest got us to play at Bigsound. It was a great show, and let us meet with some of our heroes, fantastic experience.

CD: Who do you feel are WAAX’s biggest influences?

T: Well within the band it really varies, we come from a lot of different places, for me it would be classics like Pink Floyd, and Led Zeppelin, as well as more contemporary stuff like Royal Blood, Modern Baseball, Jack White

CD: And you’ve played with Stonefield on two separate occasions now, what was it like?

CD: And now to end the year you’ve got your own east coast tour, that must be exciting?

T: Yep, it’s our first tour, we’re only really hitting the Sunshine Coast, Brisbane, and Sydney. But it’s our first interstate experience and we hope to get out to a new audience.

CD: So how did WAAX develop?

T: Originally I went to school with Elijah (guitar). He met Marie our singer at artschool and formed a group. I was running rehearsal studio at the time, and while they rehearsed their drummer pulled out and I filled in. It went well so we continued. We picked up Ariana (bass) and Ewan (guitar) later. Playing with a lot of bands this year has also really helped us develop our sound and style.

CD: Is having five members key to your sound?

T: We were originally four piece, adding an extra guitarist really helped fill out the sound. It lets our singer Marie focus on performing as well, and when she’s on keys we get a really big sound which is important to us.

CD: What’s a crazy moment from your time with WAAX?

T: I once off the stage while packing up in front of the audience. My legs got tangled in wires, and I faceplanted right in the crowd. Marie has fallen off stage three times though, it’s sort of her thing

CD: What does the future hold for WAAX?

T: Our current plan is to put out our new sneaky video and this tour. Next year we want to keep writing, get new material out and expand on the fan base we’ve gathered and hopefully tour some more. We’ve also got some shows coming up with some exciting bands, but I can’t really talk about those yet.

CD: Thanks for your time Tom!

TicketsÂ Can be purchased via each venues website or at the door.

What’s On In December: The Night Edition