A new dessert heavyweight has crash landed right in the middle of Grey Street. Make way for Cowch!

Cowch’s owner, Arif, has thought of everything. There’s a fresh breakfast menu, a kid-friendly atmosphere, innovative treats for those deserving indulgence, and cocktails for those who had a rough day.

Throw that in with an aesthetically satisfying fitout: a rustic fire-pit, a bar brimming with spirits, cosy communal seating, tall glass cabinets revealing tantalising treats, Cowch is the perfect destination for a sneaky treat, cocktail or a froyo.

True to its name, Cowch’s roof is also covered in kooky udder-shaped lights, in case you needed another reminder that you were galavanting in the trendiest of dairy palaces. 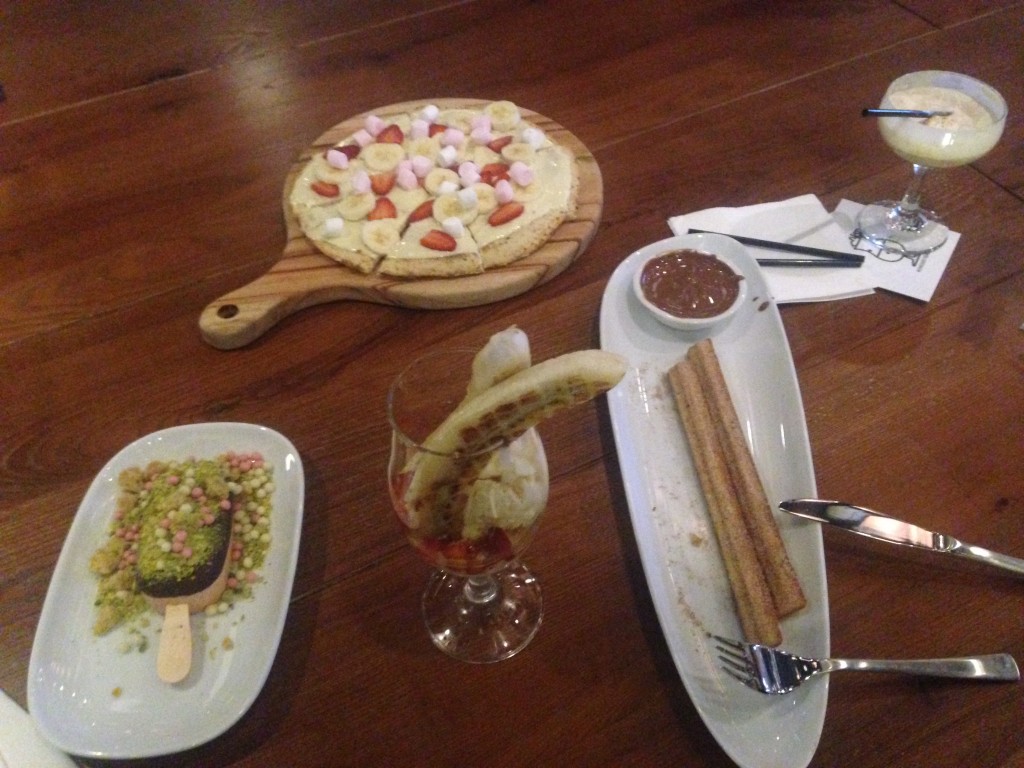 Cowch understands there’s some stiff dessert competition on the block, so they have crafted some innovate desserts to throw the competition off its game. For example, their nudie-pops. You choose your ice-cream flavoured pop, choose a drizzle of dark, milk or white chocolate and add some toppings to the mix.

I sampled the pomegranate pop with dark chocolate and pistachio crumb. The pomegranate was true to flavour without being too sweet. The hint of pomegranate’s tartness cut through the sweetness.

Not-too-sweet seems to be a theme consistent with all their treats. A little tartness here and there goes a long way, especially when there’s so many delicious things to try.

Another impressive menu item is the Honey and Rum Toasted Bananas. Again, the dessert is not too sweet with thanks to the rum’s strength.

Other favourites include the churros served with dipping chocolate. We were advised that unlike a particular bald man’s chocolate, Cowch’s chocolate isn’t watered down and is thick, smooth and creamy. Just like liquid choc should be.

Their drinks menu is innovative and impressive. We sampled the Mello Martini, a vanilla-ey, cinnamon-ey take on the classic. Adorned with cream and marshmallows, this martini makes downing vodka all too easy. 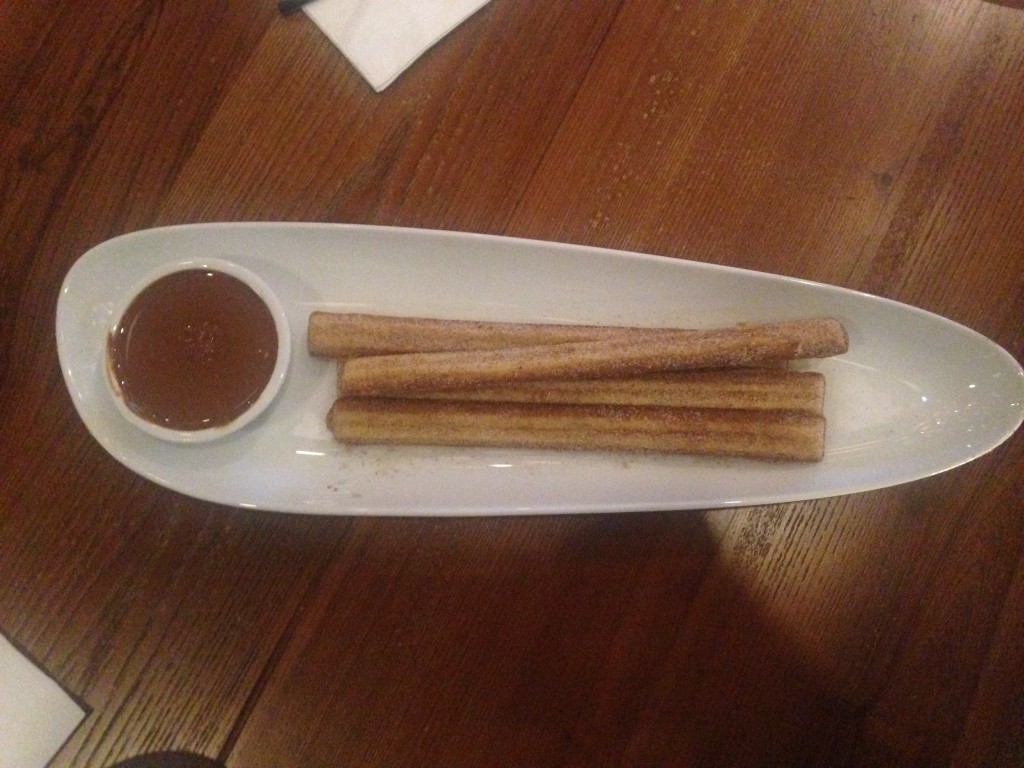 Although Cowch has only been open for two weeks, its success is unrivalled by its competitors.

Its tricky to pin down, but its vibe doesn’t read newcomer. Bar Manager, Dan says Cowch was two-and-a-half years in the making, and it certainly feels like its been around for years.

Cosy up by the firepit with a sweet treat in Cowch. You’ll be well-looked after whilst enjoying a top quality dessert.

A Letter to Morningside’s Flour and Chocolate Bakery