Is The Australian Film Industry Doomed To Mediocrity?

The federal government has been praised in recent weeks for its decision to continue the $21.6 million incentive payout to Walt Disney Studios. Is this a much-needed step in the right direction? 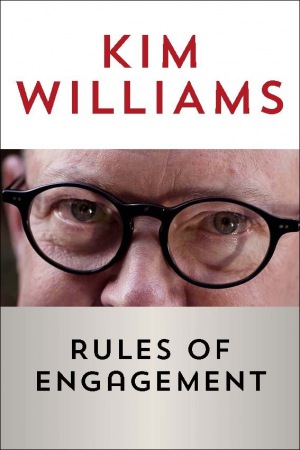 Kim Williams (inaugural chairman of the Film Finance Corp., CEO of Fox Studios Australia, CEO of Foxtel) has been a businessman and cultural playmaker in many of the most powerful studios for the past 30 years. His latest book, Rules of Engagement, tackles not only his lifeâ€™s work, but his thoughts on the state of Australiaâ€™s film industry.

For Kim, our film culture has doomed us to remain unexceptional.

â€œOur work has seen Australians take to the world stage as never before. Yet we are on the precipice of an overwhelming destiny to be mediocreâ€¦There is a disconnectedness from ideas that produce compelling work.â€

The biggest flaws, he says, come from our film training institutions and the government funding body.

“If I had my way I would close all the film schools tomorrow and fund the industry in such a way so as the students could become apprentices to production and post-production houses, not to replace our valued technicians and artisans but to give the student apprentice the opportunity to learn from their masters. Then their degrees may actually mean something. A Masters, Bachelor or PhD doesn’t teach you to have ‘Imagination’.”

He goes on to discuss the formation of Screen Australia as a government-funded, but ultimately independently run institution. The current exercised government control over Screen Australiaâ€™s funding decisions has dampened our creativity and intuition for funding successful projects.

â€œTo make great work you have to have the armoury of memory of the area in which you are working and the major strands of what have gone on beforeâ€, writes Williams. â€œThe independence [Screen Australia] afforded was whittled away pretty rapidly after I left the chairmanship in 1991.â€

Screen Australia CEO Graeme Mason acknowledges the agency evaluates projects on the basis of significant Australian content, not the ownership of the production company.

Perhaps that is our greatest downfall. Our primary funding is dictated not by those with the knowledge and expertise, but those seeking a quota of Australian content.

â€œItâ€™s not a closed subject [but] I donâ€™t see it as a problem,â€ believes Mason.

While the recent government incentive to Walt Disney Studios is a positive move in creating jobs, and selling a welcoming environment for international studios as a one-off enticement, it is of little consequence.

Perhaps Kim Williamsâ€™ assertions are correct? He, like many others, foresees a downward slope for the local film industry. Government funding plans may provide a temporary solution, but without a more permanent incentive, there is little hope for sustained international interest.

You can find a copy of Kim Williams’ new book Rules of Engagement here.

Review: Wish I Was Here

Room For Improvement At Pompidou Cafe