The Man Behind The Lens: Ivan Sen Speaks On 'Goldstone'

Approaching the cinematic release of his latest critically acclaimed feature film, Goldstone, The Creative Issue caught up with multi-talented Australian director Ivan Sen to talk about his creative process and how Goldstone came to be.Featuring familiar faces like Aaron Pedersen, Jacki Weaver and David Wenham, Goldstone follows an indigenous police detective who travels to a remote mining town on a missing personâ€™s case. Crossing paths with the local policeman, the pair find the town is more than meets the eye, giving way to a world of human trafficking, corporate corruption and the tense relationship amongst black and white Australia. You can findÂ The Creative Issue’s review of the film here.

Impressively capable and multi-talented when it comes to his craft, Sen writes, directs, photographs and composes each of his projects independently. In a world where feature films are most commonly a collaborative piece of work, it can be said that this skill-set gives Sen a creative edge amongst his peers. His films are authentic reflections of his vision and every aspect flows to create one rounded, impressive display of hard work and talent.

In 2013, Sen opened the Sydney Film Festival with his film Mystery Road, which also features his latest features main character Jay Swan (played by Aaron Pedersen). This year, Sen did so again, with Goldstone impressing critics and public alike. 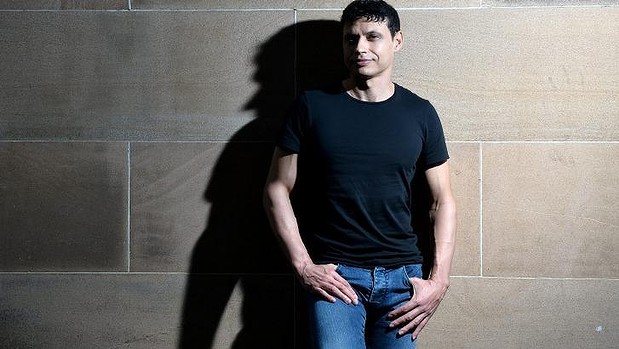 The Creative Issue: So this is the second time youâ€™ve opened for Sydney Film Festival, and Goldstone seems to be receiving a lot of positive responses from critics and the public. Howâ€™s that been for you so far?

Ivan Sen: Probably a relief. Especially with the way I work, youâ€™re working away and alone a lot of the time. So you donâ€™t completely know what kind of response you will get from others until you have that first screening with people sitting in front of it and viewing the work. So the relief has been pretty major.

TCI: You cover a lot of ground in Goldstone narrative-wise, in terms of the racial issues, corporate corruption, human trafficking as well as finding time to push forward the personal journeys of your main characters, but the story never feels rushed. How did you manage to find that balance and decide which elements needed more attention than others?

IS: Feeling your way through it. We had a rough cut, which was given to me, which was almost the same duration before I started editing the film myself and it ended up being the same duration as my edit, but it was just really rushed. It seems kind of easy to cut a film down when itâ€™s 140-minutes or so, but itâ€™s really just feeling it out bit-by-bit and you canâ€™t rush. I guess itâ€™s a very organic and instinctual thing, where you just chip away bit-by-bit, like how you layer a painting.

TCI: Where would you say your starting point was in the creative process for Goldstone?

IS: A phone call from Aaron Pedersen, where he told me he wanted to make another film together. Thatâ€™s definitely the spark that started the whole journey. I think it was only a couple of days after that phone call that I then got stuck into the script and went from there. 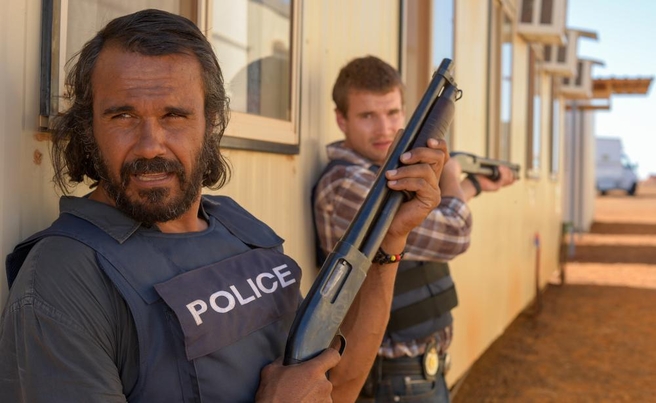 TCI: So Aaron was the one to contact you about bringing back the character of Jay?

IS: Yeah. It didnâ€™t take much convincing, either, because I felt that with Mystery Road, Iâ€™d kind of missed something, in terms of an emotion or a sense of something… itâ€™s hard to put my finger on. But I was looking forward to having another crack at the character and get him in a more dramatic landscape. Also seeing how he interacts in a different environment where heâ€™s got different cultures and perspectives clashing.

TCI: Speaking of culture, itâ€™s an unfortunate rarity in Australian cinema to see indigenous culture explored onscreen, especially from the perspective of members of the community. You really explore Jayâ€™s connection to his roots in a touching and effective way. Going into the creative process, is being a voice for the community and shining a light on less discussed issues something thatâ€™s on your mind?

IS: Yeah, definitely. Especially concerning showing the affects of big businesses and government on indigenous communities and the pressures that they create when there is money involved with resources which are controlled by indigenous organisations. I donâ€™t think that has been represented much at all, if ever before on film.

TCI: So where did you get the inspiration to cover this issue?

IS: I think by not being in Australia for a long time, and coming back and just opening my eyes to the country. When Aaron called me wanting to do the film, Iâ€™d just gotten back to Australia after being away for five years and I just picked up on lots of things that are glossed over by the mainstream media. So the beauty of this film is that it was a chance to take these layers and to present them in a form that is not only thought provoking but also entertaining.

TCI: You seem to put a lot of yourself into your creative process. Do you find you relate to the character of Jay in any way?

IS: Thereâ€™s a lot of Jay in me, I canâ€™t deny that. Heâ€™s someone whoâ€™s grown up on the edge of the indigenous world and the non-indigenous one in his country and that puts you in a very privileged position where you can show both cultures and perspectives to a degree. Then the challenge is to actually feel like you belong to one of these worlds at the same time, thatâ€™s the issue with Jay Swan. And I think thatâ€™s why heâ€™s such an interesting character to follow and to watch him interact in different environments. 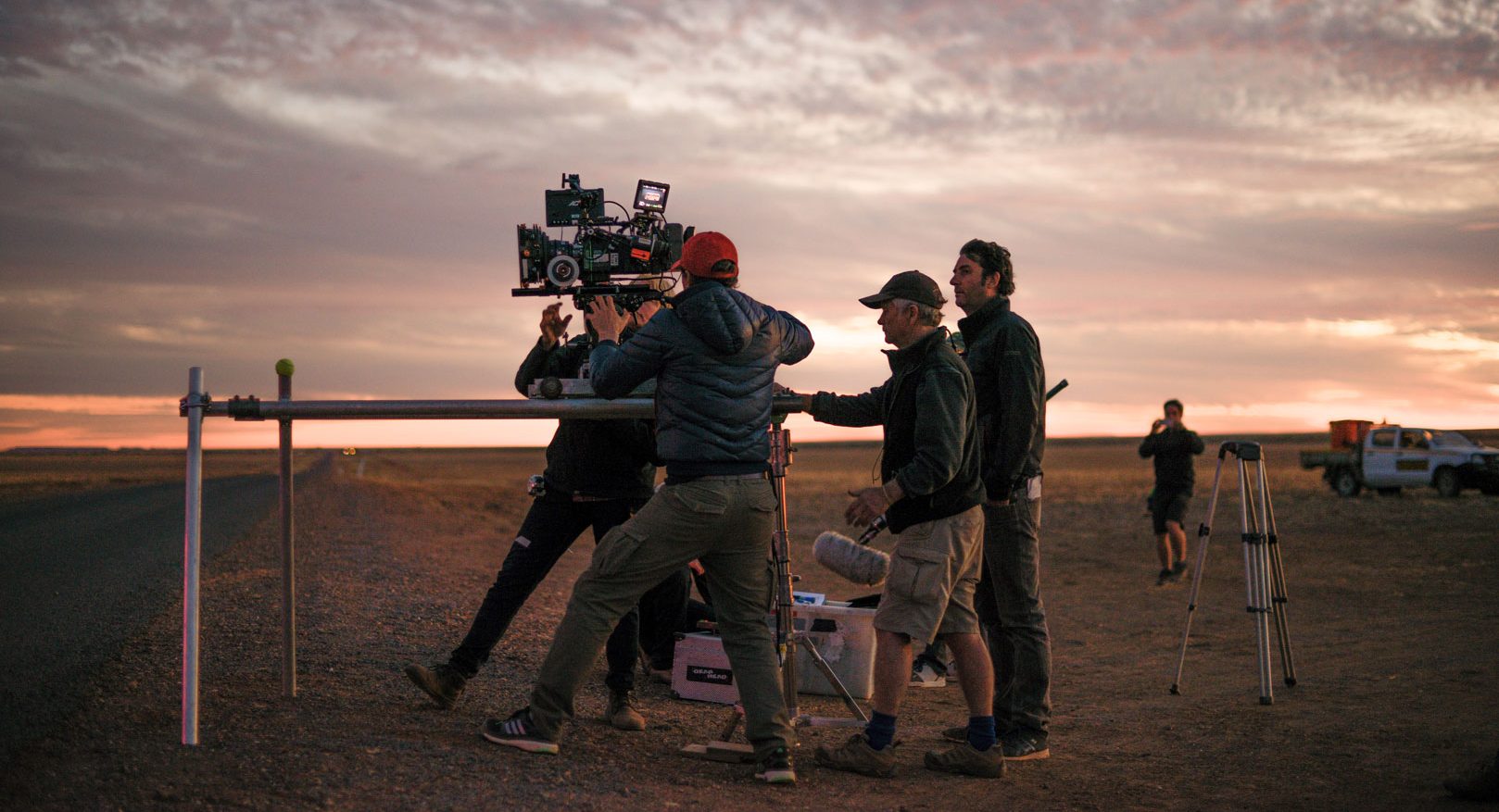 TCI: When it comes to your work, itâ€™s impressive to see that youâ€™re really behind everything, from directing and writing to sound and cinematography. When you first started delving into your craft, was that something that came naturally to you? Is it more of a personal preference to have that control over what youâ€™re putting out there?

IS: Itâ€™s something I started doing a long time ago. My first filmmaking experience was a documentary, and with documentaries people usually do take on a lot of roles and itâ€™s quite a natural thing. But when you take that kind of working style and apply it to drama, people seem to find it a bit strange. But for me, itâ€™s kind of the same and natural.

The slight struggle has been keeping that work style in the frameworks of drama, which usually involves forty or fifty people and a sharing of those key roles. Iâ€™ve always kind of shared those roles within myself and itâ€™s very important to me to maintain that and that control is what gets me excited and what gives me the passion to express myself so directly with film. If I couldnâ€™t do that with film then I would probably just go and make music or something that would allow me to be direct.

TCI: Is there a particular element of the process that you would consider your strength?

IS: I studied here in Brisbane, at the Griffith University Queensland College of Art, which is where I studied photography. They also had film there, which I gradually stepped across to. Then I got my first job here in Brisbane as a jack-of-all-trades which involved shooting, editing, sound recordingâ€¦ and that job actually laid the groundwork for more and from there I just went into film school in Sydney and then straight into my first feature and then that was it. I just went from there.

For me itâ€™s all the same thing; itâ€™s just expressing yourself. But what I noticed this time with filming Goldstone is that Iâ€™ve never been so highly tuned with detail and I tried to apply that to every part of the craft, right through to the writing and music. With the script I really just wanted to make sure that every second counted. Then I spent two months purely on the music after the shoot and I had a lot of time to actually give the music a lot of weight. I was actually just mixing the soundtrack right now, which is getting released this week and the amount of work I put into that has just been crazy. Iâ€™ve gone and made a new recording in the last couple of weeks to add to that, so these days Iâ€™m really just not giving up until the last second. 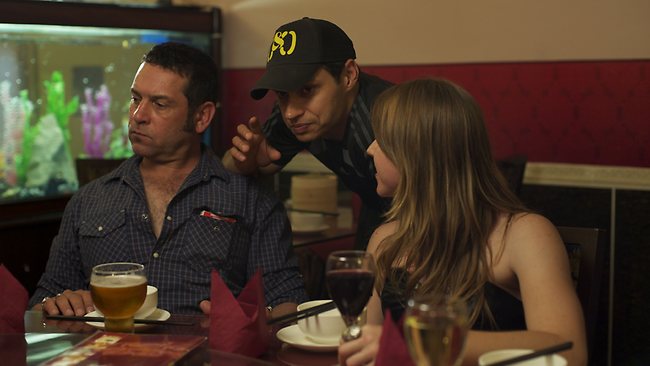 TCI: Do you have any advice for budding Australian filmmakers?

IS: I wouldnâ€™t get too caught up in the business side of things. You just have to focus on yourself and do things to express yourself in a way to show your perspective and no one elseâ€™s. To focus on that side of things and squeeze out every detail of that and not worry about anything else, because if you concentrate on that then everything else will come.

TCI: So in terms of future projects, are you already thinking of whatâ€™s next for you?

IS: There are actually three projects that should happen in the next year or two. Iâ€™m shooting a film in a couple of months and then one in January.

IS: Yeah, I mean with the whole marketing and publicity tour for Goldstone, Aaron and I have had a chance to buffer the encouragement for a third instalment. I do have quite a strong story that I can apply to the character. So weâ€™ll probably have another instalment sometime soon, and we also have a TV series coming up.

Goldstone is in cinemas across Australia from July 7th