Jamie Lane aka James Day first emerged in 2018 with ‘Sink’, a bass-heavy pep-talk with himself to overcome the fear of losing his passion for music to his obsessive tendencies. While those tendencies appeared as a threat, his catalogue continues to prove that some introspection can be paired nicely with digging into FL Studio more than the average joe would dare.

The alt-pop ‘Sweet/Bitter’ is Jamie’s latest example of how his path to personal development can be as diagnostic and effective as his unique production style. His first release with Source Music marks what may be his most emotionally mature offering to date, candidly exploring his emotions while being blindly in love with someone of incompatible values. “You become so attached and tangled up in someone else’s world, you forget your own world, including the instinct that maybe that person isn’t right for you, and you’re doing yourself a disservice by refusing to be honest about it”.

We had a chat with Jamie as he settles in his new Melbourne apartment after the long grind of moving from Brisbane during a pandemic. Positive change can be painful at times, but as he makes final touches on his debut full-length album, it sounds like he’s ready and willing as ever to face the music.

The Creative Issue: I feel like in a subtle way, the vocals are feeling more prominent than they used to. How do you keep your songwriting in check when the production gets so much attention?

Jamie Lane: I’ve shifted the focus back into songwriting and lyrics, I’ve felt a growing need to articulate theme and message through the lyrics in particular, before I’d be more emotionally opaque and interpretive but lately I’ve just felt the need to be more open and clear about things. I guess potent lyrics matter more to me these days. The production workload doesn’t detract from the writing focus too much, in fact the tighter the writing is, the smoother the production usually tends to go; by virtue of having strong direction from the get-go.

TCI: You often have a mindfulness in your lyrics as you confront the topics you write about – the lyrics in ‘Sweet/Bitter’ weighs up temptation while aware of the relationship’s incompatibility. Do you think that mindfulness comes before or during the writing process?

JL: In the case of ‘Sweet/Bitter’ I’d say mindfulness, or clarity; occurred during the writing process.
I felt totally lost and confused and just needed to write something as a means of coping with it all, the process of writing the lyrics actually gave me insight into what was going on in my head, in real time. It was therapy essentially, for whatever reason I’m not as honest with myself, but when writing music it’s like; it just melts all that away and the truth is revealed, and so I read it back to myself like ‘huh, so that’s how I really feel about it.’ 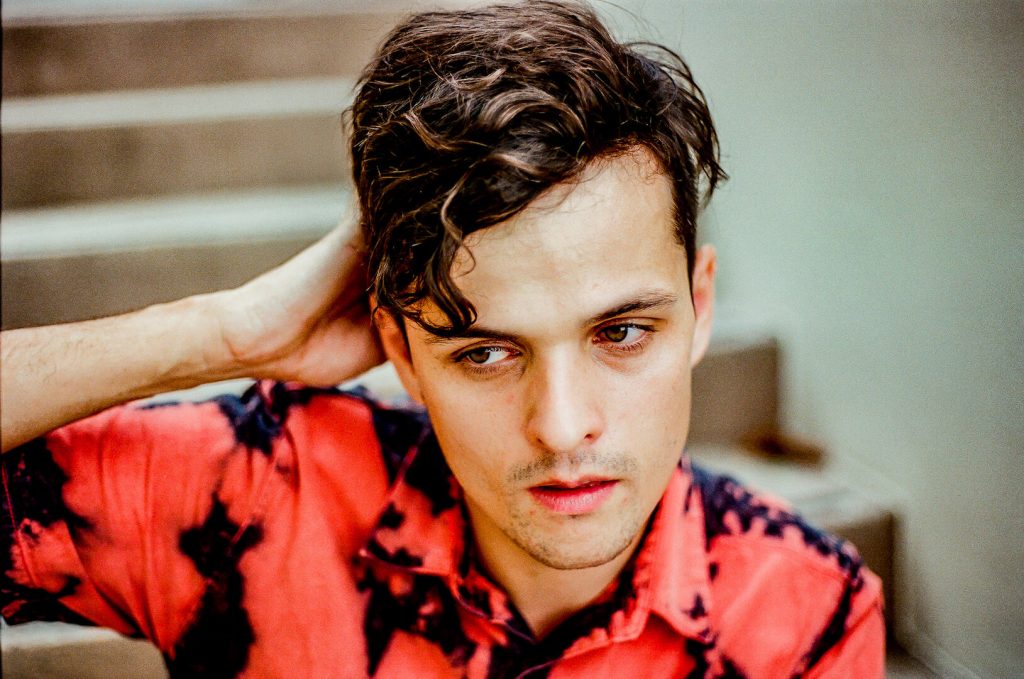 TCI: Have you taken anything from your collaborative experiences with Naji, ANH, etc? And with the self-sufficient nature of the songwriter-producer role, do you think you have more to gain by working with others in future?

JL: Absolutely, I’m always open to working with other artists and have collab projects in the vault that will hopefully be released at some point. I’ll admit I’m less inclined to work with others when it comes to Jamie Lane as there’s less necessity for it. And to be honest I’m definitely more of a solo artist, with solo ambitions. But if an opportunity comes along where another artist on the shortlist could bring something truly unique to the table; like with Naji and his immaculate vocals, I’m 100% on board. As far as career move collabs go, I don’t have much interest in that, it has to serve the music first.

TCI: Do you find working alone has its benefits? And while working-from-home is a current trend, do you have any tips for staying motivated?

JL: It can be super beneficial, even optimal but it really depends on your personality. I’m more introverted so it suits me well but even then I can get pretty stir-crazy, it’s certainly not for everyone.
Motivation can be tricky when left to your own devices, you have to care about what you’re doing a lot and if you’re less motivated it’s usually because you’re losing interest in what you’re creating so… A good way around that is to shake it up and get a bit more experimental with it, (informed by taste). Dare to challenge your process and try new things to step outside your comfort zone. There are infinite musical things to get motivated about, it just requires taking that first step into unknown territory, or maybe having the courage to follow through on a direction you’re not sure will be ‘right’.

TCI: Now that you’re based in Melbourne and have signed with a Sydney-based label, is this a homecoming of sorts?

JL: Yeah I’d say so! It definitely feels like I’m more absorbed in the Australian scene these days. 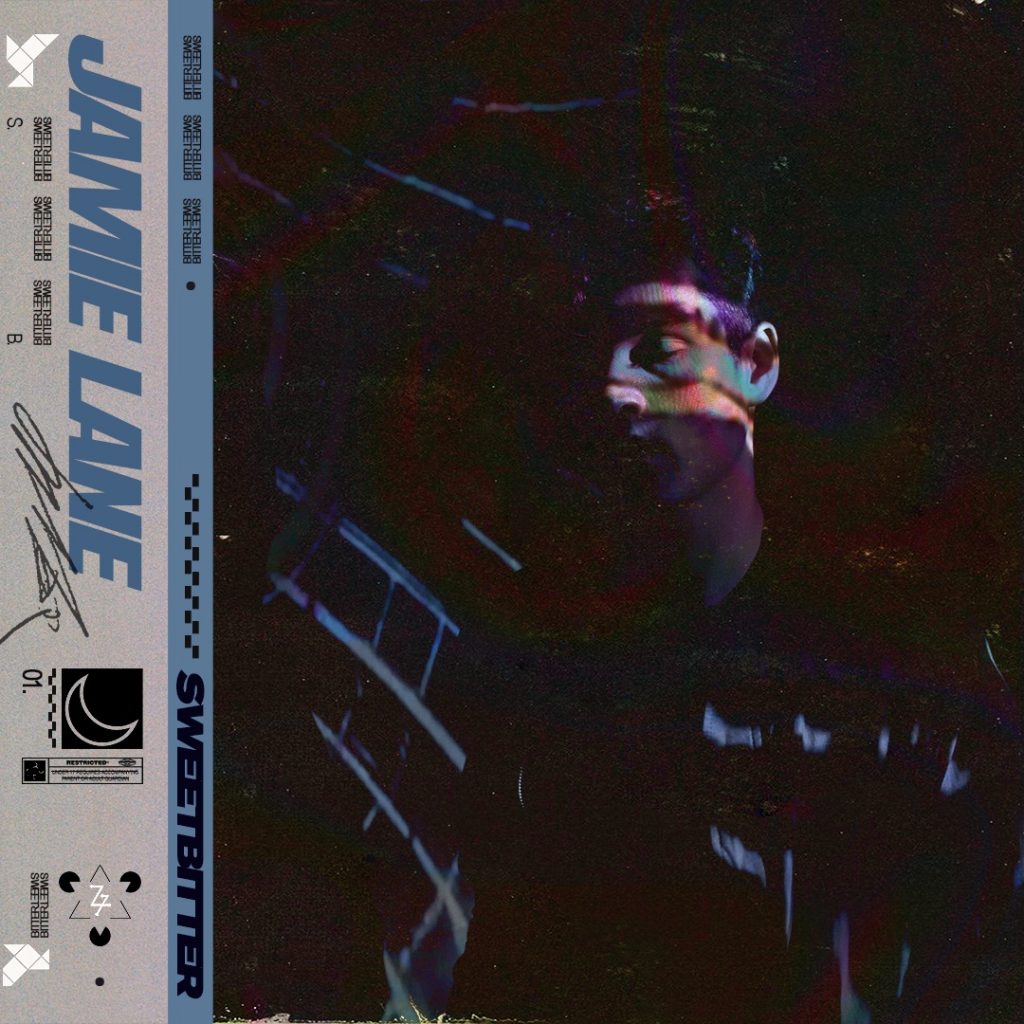 TCI: Do you think the opportunities for an electronic artist are particularly different in Melbourne? Did you face any setbacks due to being based in Brisbane?

JL: Brisbane is home; but culturally speaking it’s a slow-moving place. The night life is pretty lifeless, the electronic scene is pretty much dead. It just feels like a drag with far less opportunity and happening. I think it’s a setback living there for any artist yet to be established. Melbourne is a much bigger place and is artistically very rich & vibrant, as an artist; getting closer to the action is always a good thing. Not to say there aren’t great artists coming out of Brisbane but like, you can be a great artist anywhere, that doesn’t mean you couldn’t be doing it better.

TCI: What are you hoping to achieve with your debut album?

JL: This album is allowing me the opportunity to take the project to where I’ve always wanted to take it – it’s going to be more complex, darker, and emotional, with a much keener focus on the vocal performance and lyrical craft. Depression has been a long running juxtapositional theme in my work, there’s going to be less subversion in that regard, it’s much more intimate and vulnerable.

TCI: In terms of approach, do you have any artists that you find particularly inspiring?

JL: Apart from the one true god Flying Lotus, I don’t know if I have that many direct inspirations, I think I listen to way too many artists. I get inspired by a genre movement over any individual… For example, there’s some cutting edge techno coming out of Berlin right now that is just in a realm of its own; I’ve been really into that stuff lately. There’s just so much good stuff out there it’s hard to get as pumped on any one artist for too long though.

Post-COVID Postcards: Wish You Were Here!