Jason Barry-Smith 'A Life in Many Parts' with Opera Queensland

TCI caught up with baritone Jason Barry-Smith, ahead of his recital A Life in Many Parts on 28-29 August at Opera Queensland’s studio in Brisbane.

On a blue Brisbane morning, I fought for some quiet among the barking dogs and chattering lorikeets and prepared for my next interview. The melodic voice of Jason Barry-Smith chimed through the phone line; friendly, laughing and, sometimes, singing.

To get the ball rolling, we asked Jason what audiences can expect in his new show A Life in Many Parts. He said the repertoire is varied, with works ranging from musical theatre giants Rogers & Hammerstein and Gilbert & Sullivan to classical composer Ralph Vaughn Williams and everything in between. Jason said, “It’ll be a night of music you know and some you may not know, but hopefully you’ll go and start looking for pieces you didn’t know before and it’ll take you on wonderful wormholes and journeys.”

Jason then spoke of his inspirations when writing the show. A Life in Many Parts takes its concept from Jaques’ well-known monologue in Shakespeare’s As You Like It: “All the world’s a stage, And all the men and women merely players; They have their exits and their entrances. And one man in his time plays many parts, His acts being seven ages…”. Jason used this as a springboard to curate a show which follows the various stages of his boyhood, adulthood and fatherhood. He said, “Leading an examined life is asking yourself the big questions, which I think is what artists do. Shakespeare’s work speaks about the seven ages of man, I’ve added another one, which is being a father. I think it is really about being observed. I’ve had wonderful mentors in my life, who’ve given me inspiration, including my father.” 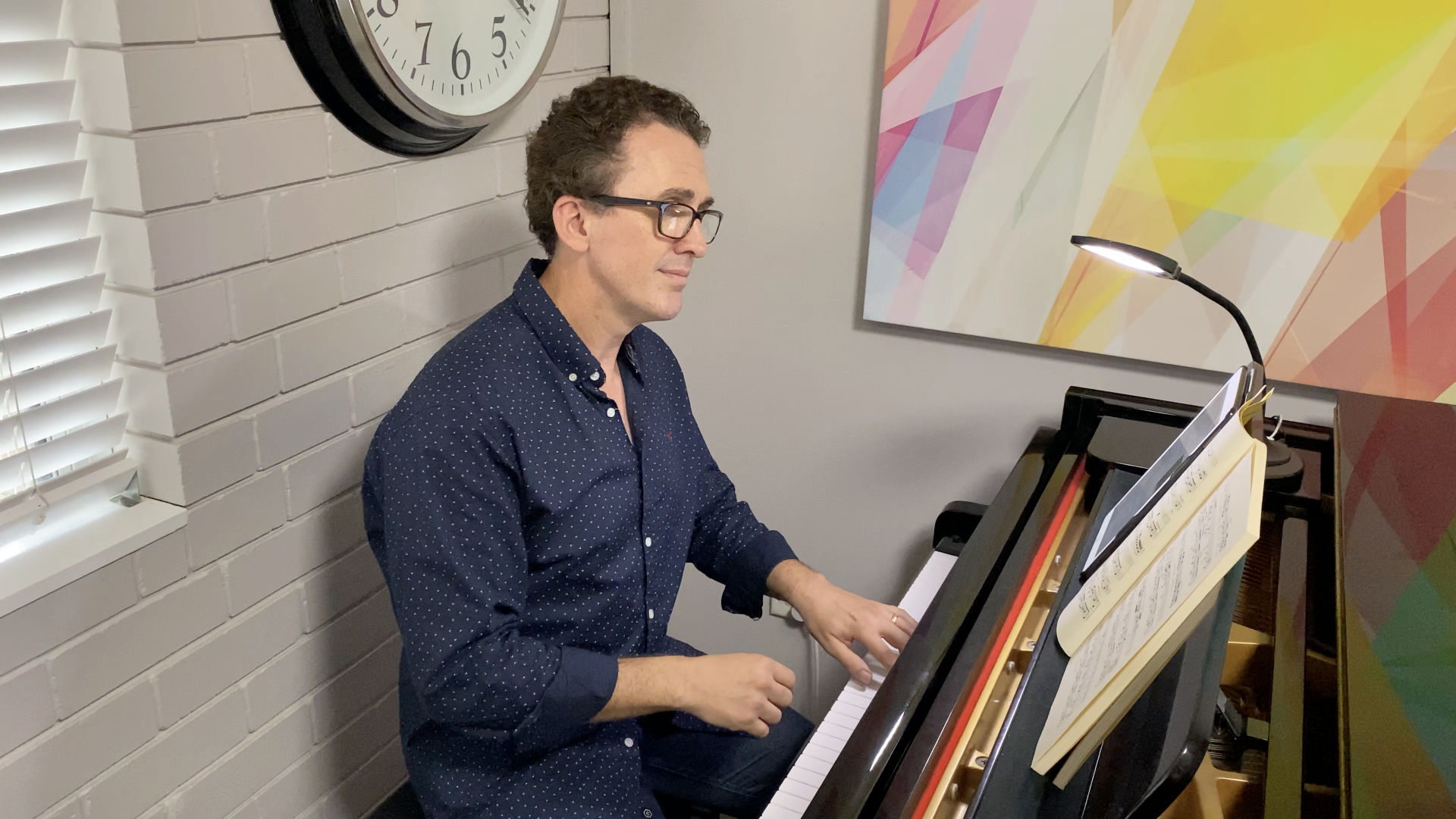 We asked if he has any favourite pieces to perform in the show. He said each piece has a personal connection to him. “I know there’s a piece I’m going to have great difficulty singing! It touches me so deeply.” Highlights include Stop, Time, from the musical Big!, also a lullaby from For the Boys and The Lads in their Hundreds both by George Butterworth. Jason said, “This piece resonates with me so strongly. Three of my dearest friends, in their forties, have passed away. In the final stanza, it says ‘They carried back bright to the coiner the mintage of man’, which is such a strong phrase about what it is for a person to have lived a full, beautiful, life. The most recent one to pass away was the fantastic Michael Falzon, a wonderful musical theatre performer. We’d known each other since we were twenty and eighteen.”

Panning out, we chatted about how Jason has been managing as an artist during lockdown and his online experiences. He performed in Opera Queensland’s An Aria A Day, has been running their Sing Sing Sing program and state-wide chorus program online. Plus, teaching singing online. He said of An Aria A Day, “I don’t know whether we really realised how important it was going to be for us to connect with each other as artists, and with the public. It’s even got an international following.”

Moving on, we talked about favourite moments in his opera career so far. Jason said he loves working with people who push him to develop his craft further or move in new directions. Early milestones include performing in the Australian premiere of Billy Budd by Benjamin Britten and the first time he sang Don Giovanni, aged only 26. “That was a big thing to entrust to the hands of a really young cast, and such an extraordinary piece. I also learnt a huge amount from working with Simon Gallaher and Jon English… It really is those moments where we love the experience and we’re with people who help us grow and we really just get our flow on.” 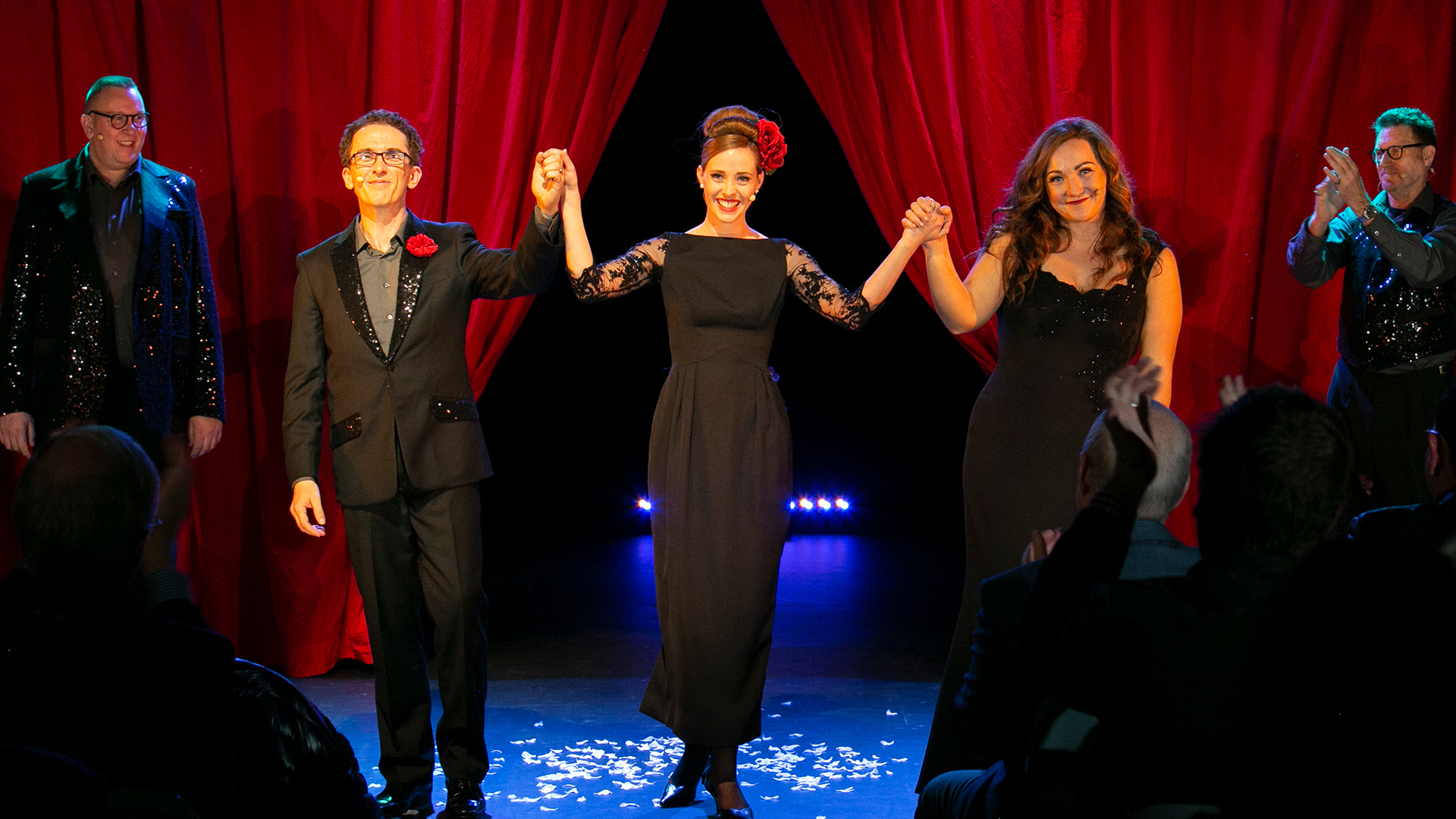 Don’t miss A Life in Many Parts with Jason Barry-Smith in Opera Queensland’s 2020 concert series. Seating is limited due to distancing, so get your tickets now!