Jeremy Loops plays the Zoo this Saturday May 26th.

South African singer-songwriter Jeremy Loops released his sophomore album Critical As Water two months ago and is on his accompanying worldwide tour. The Australian leg kicks off tonight in Perth and each major city will follow with Brisbane finally getting a taste on Saturday night. We had a chat with Jeremy about his album and touring.

Having toured with big names such as Twenty One Pilots, Jeremy’s been able to learn a thing or two from the best. “The most useful things I’ve learned from being on big tours is that the safety and entertainment of the audience is priority one, whether you’re playing to 50 or 50,000. This reality never changes, even though I think many musicians have an illusion that once you get to a certain level, things ‘change’. The second thing I’ve learned is that no performance tier is truly out of reach if you break your growth down into increments. The idea of playing a 15,000 seater arena gets crystallised when you hang out with bands you’re supporting who play rooms that size and you realise that their journey has been very similar to yours, and that you’re on the right path.”

But who would Jeremy dream of touring with? “Nathaniel Rateliff & The Night Sweats have a great energy on stage, and seem like rad people. Maybe a slight departure genre-wise, but a tour with them would be fantastic. I’m really into this band called Lord Huron, so a co-billing with them would be fun. And then one of my all-time favourite musicians is Andrew Bird. Again, his lane is a slight departure from mine, but I’d love to have him on tour with us even if only to get to hear him every night.”

His debut album Trading Change was very successful so naturally following it up two years later put him under a bit of pressure. “The pressure to follow up my first album with something great almost broke me. I was living in my head far too much, obsessing about making a better album than the last, and how so many people in my team were relying on me to deliver the goods. When I decided to be less hard on myself, and to remember why music brings me joy, the songs began to flow, and the pressure just dissipated. It’s one of those ‘aha!’ moments. Like, ‘dude, just put yourself into this music and do it for the music’s sake.’ When that’s your priority, it always results in better songs. And I allowed myself to accept that I’m a better songwriter than I was when I wrote my debut album – I’ve just flexed that muscle so much over the last few years – to the point where I knew the only thing that could get in the way of making a superior album was failing to trust myself.”

Jeremy is an avid environmental activist has co-founded Greenpop in order to help the environment. There is a clear water theme throughout the album which coincided with Cape Town’s water crisis. “The water crisis in Cape Town didn’t inspire the album’s theme. It just came to a head at the same time I finished the album. People in the environmental space, which I work in through a tree-planting organisation called Greenpop I co-founded, have known for a while that Cape Town’s water consumption was out of whack with the supply, especially with the risk of a dryer rainy season. Without being flippant, here’s the thing: water is critical. Few things are as critical as water. With the music on the album, that’s a question I pose to the audience. What to you is ‘critical as water?’. That we were being reminded just how critical water is in Cape Town when the album was coming out underscored the intent of the album’s title, the album wasn’t titled that for Cape Town’s sake.”

There are other environmental issues that Jeremy would like to set his sights on in the future. “The nice thing about environmental activism is everything is inter-related, so to reallocate focus and attention isn’t that difficult. With our organisation Greenpop, we believe in our mission of combating deforestation. It’s a massive issue which at this stage has no natural ceiling to it. Our shortage of trees around the world is in the tens of millions if not hundreds of millions. Other issues that are front of mind for me are the global plastic crisis, and how its affecting the world’s oceans. The stats are alarming. Something stupid like 8 billion kilograms of plastic lands up in our oceans every year. It’s as unsustainable as it is terrifying, and perhaps people don’t worry about it because they don’t spend time in the ocean, but if you surf or live anywhere near the oceans, you know just how pronounced the problem is. So right now, I think I’m trying to figure out.” 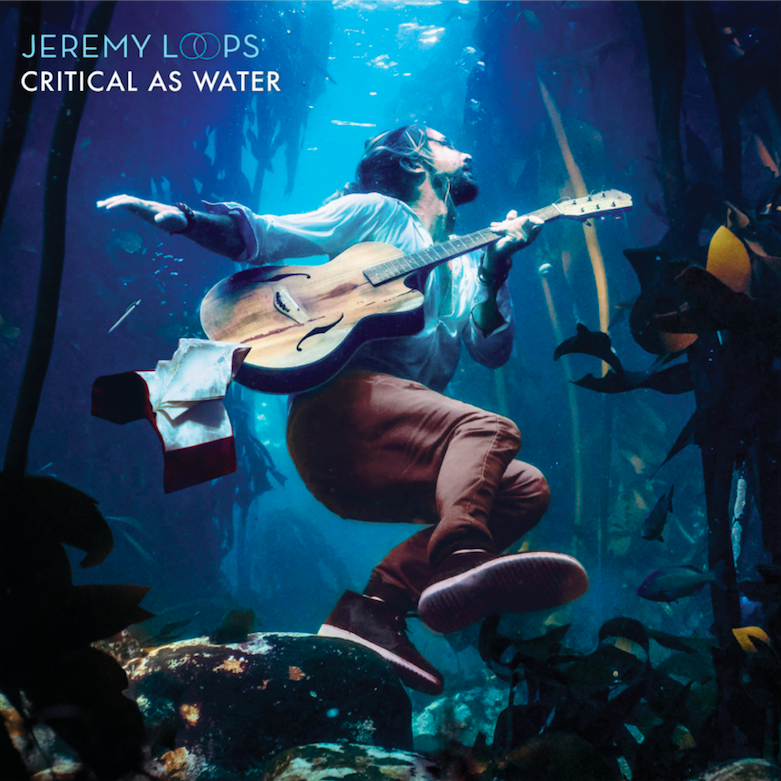 Songwriters typically have different ways of writing songs, some can be written in a day and other are written over time. “ At any given time, I have a few songs I’m chipping away at concurrently. I find usually I can identify a beautiful melody or song idea quickly, so much so that the ‘core’ of a song is finished in an evening. I then spend the next few weeks living with that song, and if I find I’m constantly drawn to it, I’ll fine tune and chisel away at it. I do this with multiple songs on the go at any given time, and the beauty of that is it’s an honest way to have songs stand against each other. If a song feels particularly good among a batch of songs, I see that as indication the other songs aren’t all that good, and so I zero in that way on just the one, and shelve the rest. It’s my own method that allows me to test roughly 100+ ideas a year, which will be narrowed down to 50 decent compositions, narrowed down further to 20 songs I really like and that I deem good enough to put out into the world. It’s efficient, but it’s also really fun to just play guitar sometimes, so that’s why I’m not all that precious about releasing songs I make. Some of them are just fun indulgence.”

Jeremy enlisted the best for his second album with producer Will Hicks, who gave us Ed Sheeran’s ‘Perfect’, and Jake Gosling, who has worked with James Bay and Shawn Mendes. “This album was a step up for me big time. It all started with the songwriting really. I’m always writing. Always tweaking. Always learning. And those incremental improvements begin to stack dramatically over a few years. So once I got the hoodoo of besting my debut album off my back, the songs were legitimately superior to the ones on my debut album before Jake or Will got involved. That said, the great thing with writing some songs with Jake is that we both learned a bunch of interesting techniques and approaches from each other in terms of our songwriting, and I think that’s the real charm of co-writing.

In Will’s case, he’s just very accomplished and incredibly intuitive around what serves a song the best. All the decisions he makes in studio are in servitude to ‘the song’, and so producing an album with someone who cares about the smallest detail and will rash you to nail a part, or will come up with a little idea that takes the song to a new place is great.”

If you’re heading to one of his Australian shows, here’s what to expect. “I tell every musician I know that the great equaliser with a live show is having tons of energy on stage. Even if you’re playing to a completely new audience who are unfamiliar with your music and just sussing you out, at some point it becomes rude for the crowd to not give back the same energy you’re giving them. Haha. And that’s how I approach my shows. Just combustible energy on stage, and 99% of the time that infects the audience too.”

Having worked hard for a long time, what happens after he finally finishes up touring? “Sleep! I want to give my body a chance to recover a little before we further flesh out our plans for the next 18 months. We have a European festival season coming soon after Australia, before more touring and more releases. Everything’s about Critical As Water. I’m so proud of this album, and I’m going to spend all my time making sure it gets its moment in the sun.”

There are still tickets available to his show at the Zoo this Saturday which you can grab here.