Jonathan Atherton: The Aussie Who Took Comedy To Asia

Australian comedian Jonathan Atherton has been performing stand-up comedy all over the world since the 1990’s. At age 33 he began his career performing in Brisbane venues telling stories about his experiences working and travelling around Africa during his 20’s. “I lived in Uganda in the mid 80’s, involved mostly in black market activities and smuggling supplies to the National Resistance Army who over-threw the government in a coup. Later I had a relationship with the sister of the President’s mistress and, being able to speak 3 local dialects as well as Swahili, I was suspected of being a spy. So, I fled to Kenya after my ex-girlfriend, the daughter of a deposed minister and a factor in my being suspected as a spy, paid my guards and got me safely to Kenya. In Kenya I worked as a set builder for a film company and scored a role in a HBO movie”.

Jonathan is fluent in 10 different languages. This unique talent has enabled him to perform for audiences in almost every corner of the globe.  He says that some of the biggest highlights of his career include; “Performing for the Crown Prince of Johor and his polo mates then getting totally wasted in his private bar on Krug champagne, being asked to write and perform the first comedy special for Asian network iflix. Presenting Globe Trekker and Lonely Planet was a sweet gig. But the thing I’m proudest of is starting the first comedy club in South East Asia- the Crackhouse in Kuala Lumpur. As a promoter, producer, performer and mentor to local talent, I have developed the Asian comedy scene in Singapore, Malaysia, Cambodia, Thailand and Vietnam.”.

In 1998 Jonathan relocated to Singapore with a noble ambition to bring the art of stand-up comedy to South East Asia. Since the late 90’s Jonathan has been spending 3 to 6 months living in South East Asia with the remaining time spent in Australia. “Prior to relocating to Asia stand-up was an ad hoc kind of affair consisting of western comics performing for expat western audiences. I built the local market by bringing western based Asian comics and locals whom I had mentored together in large scale shows. Over 10 years we sold over 200,000 tickets to a 90% local crowds in Singapore and Kuala Lumpur”.

When discussing the key differences between the Australian and Asian comedy scenes Jonathan highlights that audiences in South East Asia have been less effected by political correctness. “Asian audiences don’t suffer from white guilt so they have been uncorrupted by the ridiculous extremes of political correctness. My best advice for Australian comedians who want to succeed in Asia is to be funny… and don’t use too many slang words that aren’t internationally recognised. I’ve seen blank faces on good punchlines that include terms like esky, sunnies or barbie”. 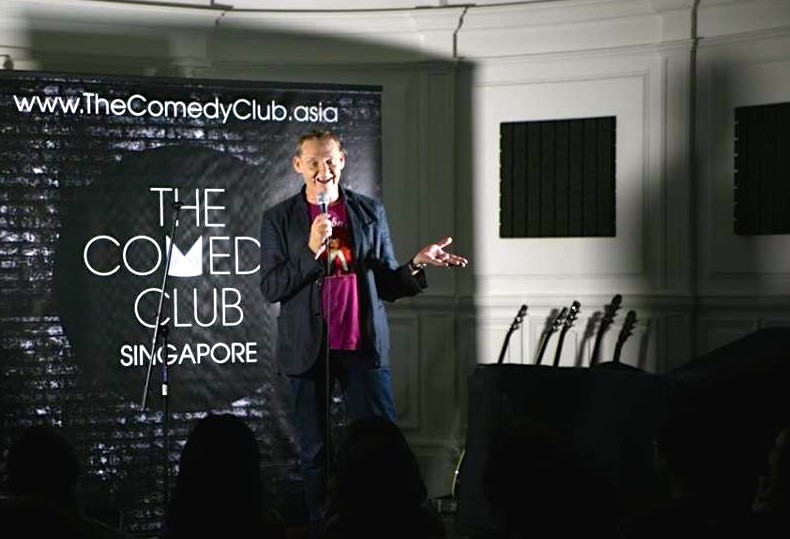 As a comic who often performs on cruise ships, Jonathan’s career has been greatly impacted by the COVID-19 pandemic. “I was working regularly on cruise ships so basically I lost scores of gigs. The one I was looking forward to, however, was a one-off pop-up comedy show in Port Vila with some local musicians and funny people I have befriended on numerous layovers. It would be the first local standup comedy show (in Bislama and English) in the South Pacific. That’s on hold, but thank the spirits, Vanuatu has remained COVID free”.

However, despite the current pandemic thanks to the powers of technology Jonathan has been able to perform comedy via Zoom for large audiences located in different continents. “Since COVID I’ve done a few zoom gigs, one with Vanessa Larry Michell for 147 Indians in four different continents and a show in Kyogle which was huge fun. Other than that, I’m writing a collection of short stories, kind of Somerset Maugham in the 21st century, and focusing on photographic work. I’ve got 2 works set to be published internationally, am shooting promo stuff for performers and just did a second shooter gig for a wedding- street style informal stuff to supplement the formal stuff. That looks like becoming a good earner while comedy recovers. Oh, and I’m learning Auslan- the Australian language of the deaf”.

A well-educated and highly intellectual man the ten languages Jonathan can speak are; Indonesian, Malay, Thai, Lao, Kiswahili, Luganda, Lukyiga, Lunyankole, German and of course English. “I can also get by in Hindi, Urdu, Japanese and Bislama. Indonesian is easy to grasp the basics but once you want to speak in depth it is as difficult as any language. I found Thai initially challenging because it is a tonal Sino-Tibetan language wherein a word can be said in five different tones that sound the same to an untrained ear but have completely different meanings”. 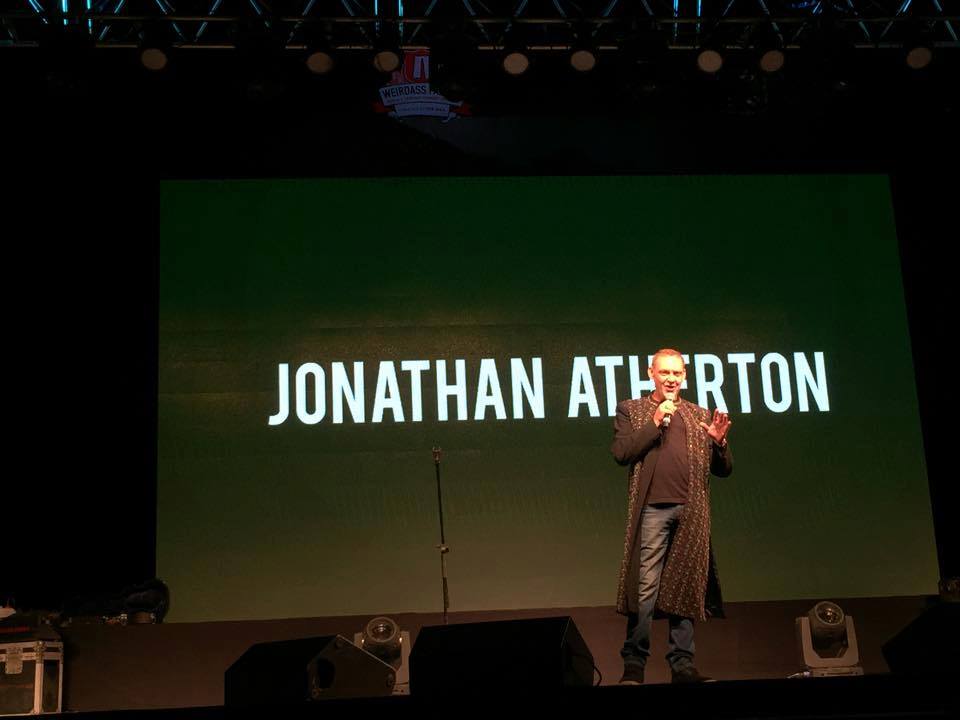 Having mentored hundreds of comedians, Jonathan says that the biggest mistake amateur comics often make is not listening to the audience. “I’ve seen young comics walk off after 3 minutes of sporadic chortles punctuated by long periods of uncomfortable silence and they think killed. They’re like the dud root who thinks they are a sex machine”. Jonathan is currently living in New South Wales and he looks forward to returning to South East Asia in the foreseeable future when international travel is again permitted so he can perform with and mentor another generation of Asian comics.