Despite the windy, rainy September night, a small audience gathered at the studio. I swam through the rivers of traffic to Southbank. I was a little nervous attending my first concert since pre-COVID, but Opera Queensland’s staff and clearly set-out socially distanced seating soon put me at ease.

José Carbó’s A Musical Life… Songs That Taught Me How To Sing was a collection of arias and songs from memorable or defining moments in his career. José was accompanied by Dane Lam, Principal Conductor and Artistic Director of China’s Xi’an Symphony Orchestra, who also happens to play piano.

After a welcome by Opera Queensland’s Artistic Director Patrick Nolan, José and Dane took the stage. The concert opened with Christoph Willibald Gluck’s “O del mio dolce ardor” (Oh of my gentle love) from the opera Paride ed Elena. José said this was one of the first songs his first singing teacher introduced to him. Next was Franz Schubert’s “Der Neugierige” (The Question) from his opera Die schöne Müllerin. This piece depicts a lover seated by a flowing brook, asking the question, ‘Does she love me?’. José sang both arias with gentle warmth and longing.

For a shift in mood, José then sang Pablo Sorozábal’s “No puede ser” (It cannot be) from the Spanish Opera La tabernera del puerto. To wake us all up, he said, and it certainly did. José sang with a sense of urgency, drama and passion, his rich voice filling the studio.

Then, José performed Gabriel Fauré’s “Les berceaux” (The cradles). This work evokes tall ships lurking in the harbour, and the women who must let their sons and husbands to venture out to sea, not knowing if they’ll return. The piano part echoes the rocking, lilting feel of the ships. José sang the rising and falling melody, the low, dark timbre of his voice capturing that sense of unknown and fear. 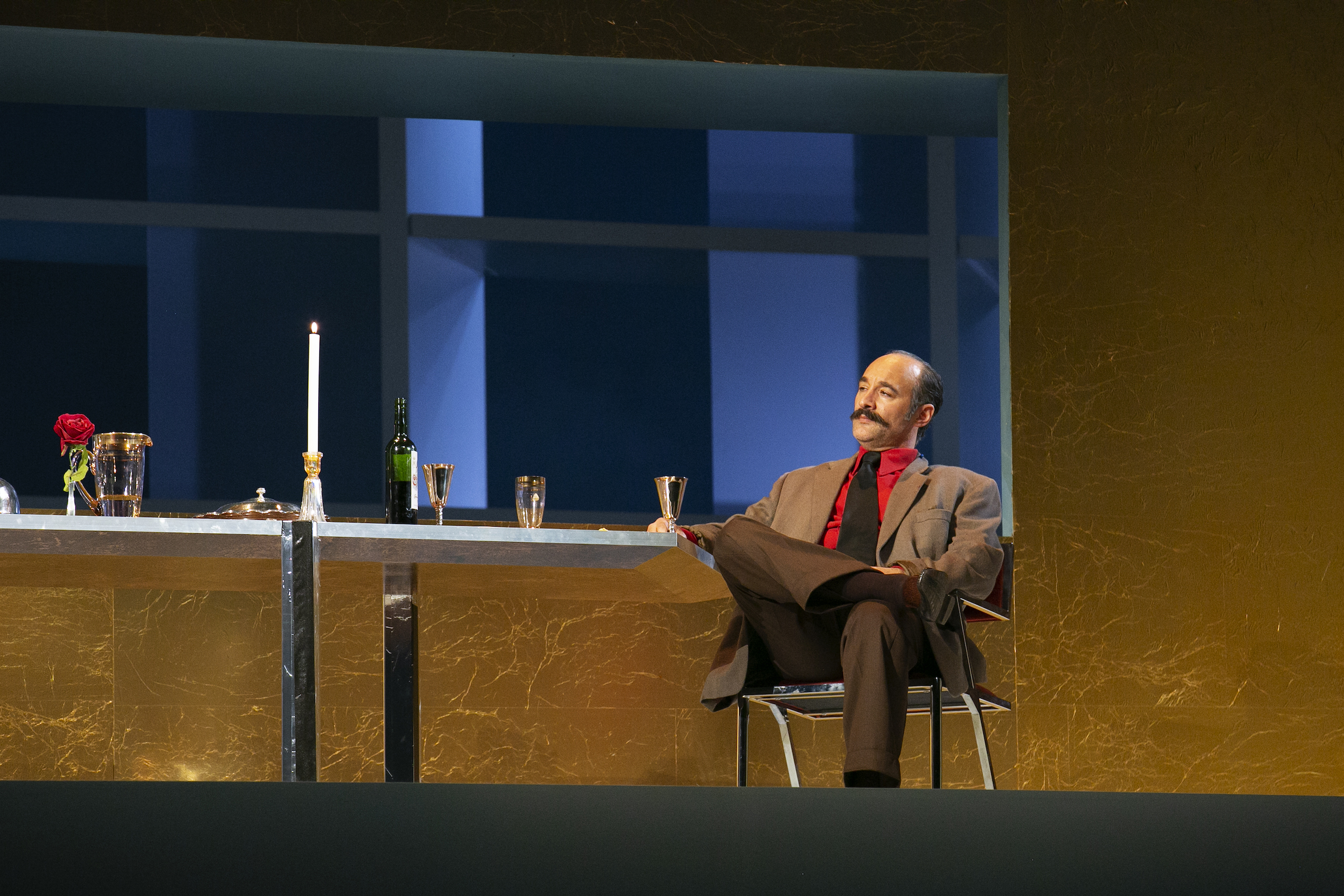 Next was Reynaldo Hahn’s “L’heure exquise” (The exquisite hour), a calming, meditative work which depicts the stillness of first light. José’s voice floated softly over Dane’s lulling piano, carrying the listener away.

Continuing the gentle, reflective mood, José and Dane then performed Francesco Paolo Tosti’s “Ideale”. This aria tells a story of a lover who sits on the shore, dreaming of his distant love. José portrayed the character shifting between varying emotions as he looks out across the sea.

Then there was the classic “Some enchanted evening” from Rogers & Hammerstein’s South Pacific, followed by Nicholas Brodsky and Sammy Cahn’s “Because you’re mine”. José and Dane certainly seemed to enjoy playing these pieces.

Then, they performed Umberto Giordano’s “Nemico della patria” (Enemy of the state) from the opera Andrea Chénier. The opera is based loosely on the life of the French poet André Chénier, who was executed during the French Revolution. José began low, with a dark, ominous voice and an evil laugh, then let his voice ring out strong, powerful. The piece built to a strong climax, with José holding long notes, resonating with vibrato.

To close the evening, José performed Albert Arlen & AB (Banjo) Paterson’s “Clancy of the Overflow”, slipping into a distinctly Australian accent. This poem of escaping the drudgery of dirty city life for the idyllic countryside sounds relatable in these covid times. José sang this one with a grin. José and Dane were met with riotous applause from the small audience. They bowed a few times, then performed an upbeat, jubilant encore.

José Carbó A Musical Life was a charming, warm concert, the perfect way to unwind on a Friday night. José said it was his first live performance in seven months, so that is a feat in itself. It was a fitting concert to round off Opera Queensland’s 2020 recital series.

You’ve Got This: A Sit Down with Bec Brown