July promises to be an exciting month for theatre in Queensland with many innovative and exiting shows lined up. A Convicts Life will be a particularly unique theatrical experience. Both immersive and interactive Theatre producers Folly Games will partner with the Museum of Brisbane to bring 19th century prison life to the modern public. A Convicts Hope will challenge theatre goers to solve puzzels and work together as they also explore the museum’s current exhibition Life In Irons: Brisbane’s Convict Stories. Running from the 8th of July until October performances will occur once on a weekly basis. The most engaging elements of puzzle solving, games and live performance will coalesce in a dramatic, dynamic storytelling experience.

Next for pop music fans we have Carole King’s musical biopic: Beautiful. Featuring many of the pop icon’s greatest hits, such as Natural Woman and Locomotion, this inspirational true story will catalogue the singer’s incredible rise through professional and  personal struggles. The show will run from the 13th of July to the 30th with tickets starting at $60. 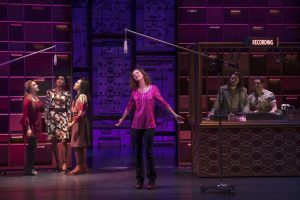 Then, in Queensland Theatre (QPAC), Good Muslim Boy will premier on the 13th of July and run until the 4th of August. Based on Osamah Sami’s true award winning memoir, this colourfully absurd story chronicles Osamah’s quest to return his recently deceased father’s remains back to Australia. Equal parts humour and horror, sadness and sentiment, this stage tour de force is sure to pull the punters in. 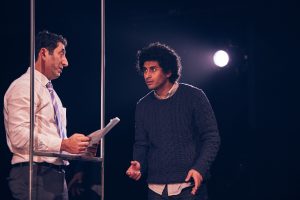 Continuing the musical motif we have Grease The Arena Experience which is coming to Brisbane’s Entertainment centre for two special shows after selling out in Sydney and Melbourne. There will be over 700 performers joining Australian national treasure Christine Anu. The vibrant, world conquering musical will include all the hit songs and characters that makes it the entertainment monolith it is today.

Then from the 16th of July until the 27th we will see a Hellas Avril (Alas, April). An original french romance that will bring the culture and comedy of Paris to Brisbane. Here strangers will cross paths serendipitous only to help each other circumnavigate the dense metros of romance. All to classic French music and despite the customary public transport suspensions and strikes. Tickets will be $26 for general admission.

July will also see Brisbane Opera  presenting their interpretation of Apollo & Dafne. The Greek classic is a stirring and spectacular tale of tragedy, documenting the avaricious and arrogant Apollo pursuit of Beautfiul Dafne. Brisbane City Opera will be showcasing its magnificent young singers in the intimate Benner Theatre at Metro Arts. With tickets for a theatre experience like this coming as cheap as $35, coupled with its short 19th of July to the 22nd of July run,  demand is sure to be high. 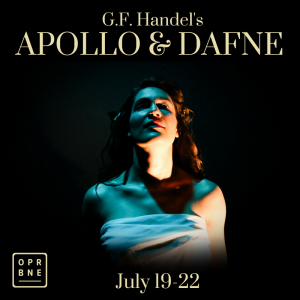 Dramaturg – Dramatic Composition for the Stage