July in Retrospective: A handful of last month's best releases. 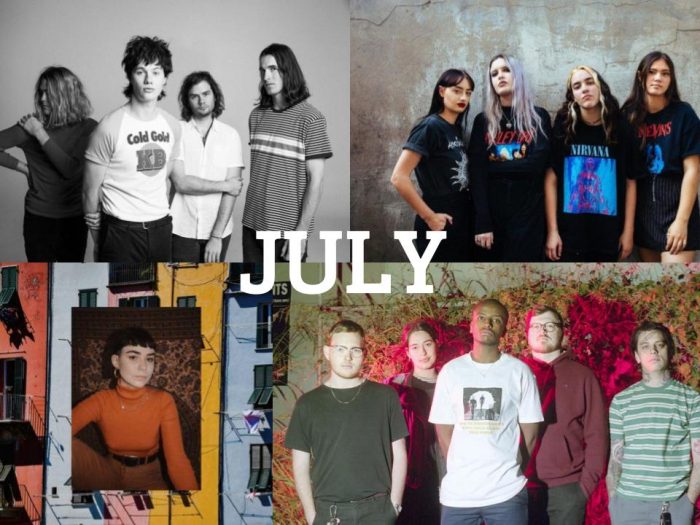 July was a great month for the Brisbane music scene. As we power into August let’s take another look back at some great tracks that you may or may not have heard!

Early last month, Brisbane’s very own Bloom Parade released ‘Golden’, a single off their now released EP Sunblushed. Airy vocals and shimmering guitars create a washed-out dream pop-y sound that I’m keen to hear more of. They sound confident and I can’t wait to delve into their new EP. Bloom Parade are quickly making a name for themselves in the Brisbane scene and with good reason. Check them out.

Morning Harvey are a Brisbane indie rock band that already have an established and polished sound which demands your attention. Their latest track ‘Are You Ready To Go?’ is no exception, with Spencer White’s captivating and anthemic vocals over rolling guitars and a flowing bass-line epitomising the sound of a band that knows exactly which direction they are heading. Morning Harvey sound more confident than ever, and if this release is anything to go by then they are on the cusp of something big.

Future Jr. is an electro-pop artist from Brisbane known for creating lush and layered beats. ‘Changing’ is nothing different; an addictive summery tune that hits all the right notes. A groovy guitar line embeds itself beneath layers of synths and drum pads accompanied by silky vocals that all come together to make a nice piece of electro-pop. You can catch Future Jr. at BIGSOUND 2018.

‘Twin’ is the latest single from thrash-garage-punk all girl foursome VOIID who set out to “make your face melt and your boyfriend cry”. The track is full to the brim with heavy guitars, grungy vocals and lyrics that push back on societal expectations to conform and to let yourself dictate who you want to be. It’s a catchy, loud and in your face track that’ll kick you right in your teeth. You can catch VOIID at BIGSOUND 2018.

If you haven’t heard FELIVAND then you are missing out. The Brisbane based neo-soul powerhouse released her latest single ‘Same Old’ last month and it blew my socks off. At only 18 years old, FELIVAND has a voice far beyond her years which, mixed with some stellar production, has made this track a definite stand out for 2018. FELIVAND’s EP will be out later in the year and is definitely one to keep an eye out for.

‘Ride Home’ is the second track off of Brisbane-based producer Akurei‘s upcoming EP. It’s a contemplative and melancholic tune steeped in nostalgia and self-reflection that you can easily get swept away in. Akurei‘s introspective lyricism as well as the overall textures of the track make for a reflective and empathetic listening experience.

It’s important to appreciate up-and-coming local talent. Which is why when you hear the groovy instrumental and skilful vocals in ‘The Way She Moved’, it’s hard to believe that the members of vaguefun are all still in highschool. A super talented five-piece that can only get better and better. Give this one a listen.

Next article we’ll be delving into some more awesome releases, as well as some stuff from other parts of Australia! Stay tuned!

The Full BIGSOUND 2018 Program Has Been Revealed