Just like a political debate only crunchy: Nathan Sibthorpe

Political discussion at the dinner table can be messy, especially around Christmas time with those black sheep relatives that you never associate with normally.

Nathan Sibthorpe recently joined us for a chat about his latest work Crunch Time, which explores the reality of the “incorruptible” systems of democratic leadership and voting systems and makes it all about food. This democratic degustation runs from the 5th of December until the 15th of December at Norman Price Theatre, TAFE Queensland South Brisbane and is hosted by Metro Arts and produced in conjunction with Counterpilot.

“Crunch Time is a dinner party with a couple of big twists, firstly all of the ingredients in a 5-course meal are democratically voted on by all of the audience members so they have to argue over what they are going to eat. Secondly, the meal is prepared by, most likely, an untrained chef. Somebody who has been co-opted from a position of public leadership, a local politician, and artistic director, a CEO. So, it’s someone who is representing the head of this community, the people in the dining room and leading them to a culinary resolution using their disparate ideas of what might be prepared.” 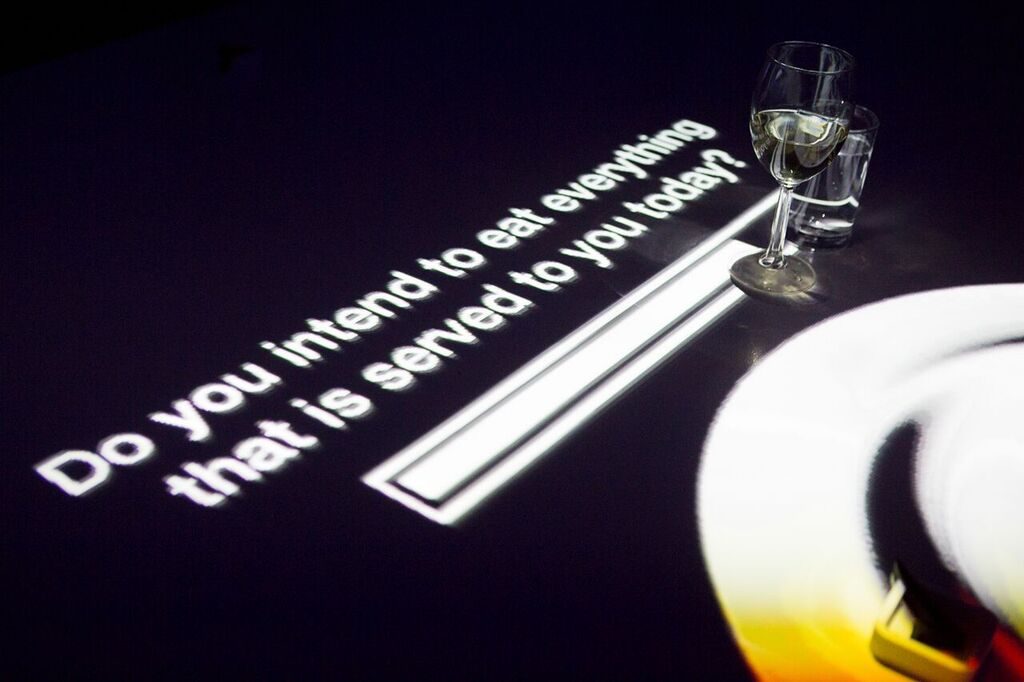 Nathan’s inspiration for the project came from, fairly obviously, a political standpoint, and we enquired during our time with him, exactly what had inspired this culinary event.

“I did a project that was similar to this back in 2012, but it was only a once-off installation that was just a bit of a game, but then it came back in my mind more recently after 2016, because 2016 was a really uncomfortable political year for me and I think some of my peers.”

“It was the three strikes in a row that happened in quick succession, we had Trump, then Brexit and then suddenly One Nation was back on the scene in Australia. It felt like this international event was happening around democracy not working, or not feeling like it’s working for us.”

“The idea that I settled on, was that we’re just not using it right, maybe we don’t really have a grasp over our own democratic processes or how, as a large community, we can navigate each other’s conflicting ideologies.”

Most of the chefs on the evenings come from different backgrounds of leadership, including arts and creative industries to local political figures. We wondered if any of these people had any existing experience in an industry standard kitchen.

“Generally, not. None of them are professional chefs currently, I don’t know if any of them have done something in previous careers or past lives. We have our first week of chefs locked in at the moment, and we’re still toing-and-froing on some of the chefs for the second week.”

The first week of confirmed chefs are:

Given Nathan’s previous works, we enquired if and how that had fed (pun most certainly intended) into his creation of Crunch Time in its current form.

“This collective that we’re working with, this group of artists Counterpilot, we’ve been developing a particular craft together, we all come from different backgrounds in that we’ve all got different skills in design, whether it’s sound or video or performance, as in acting.” 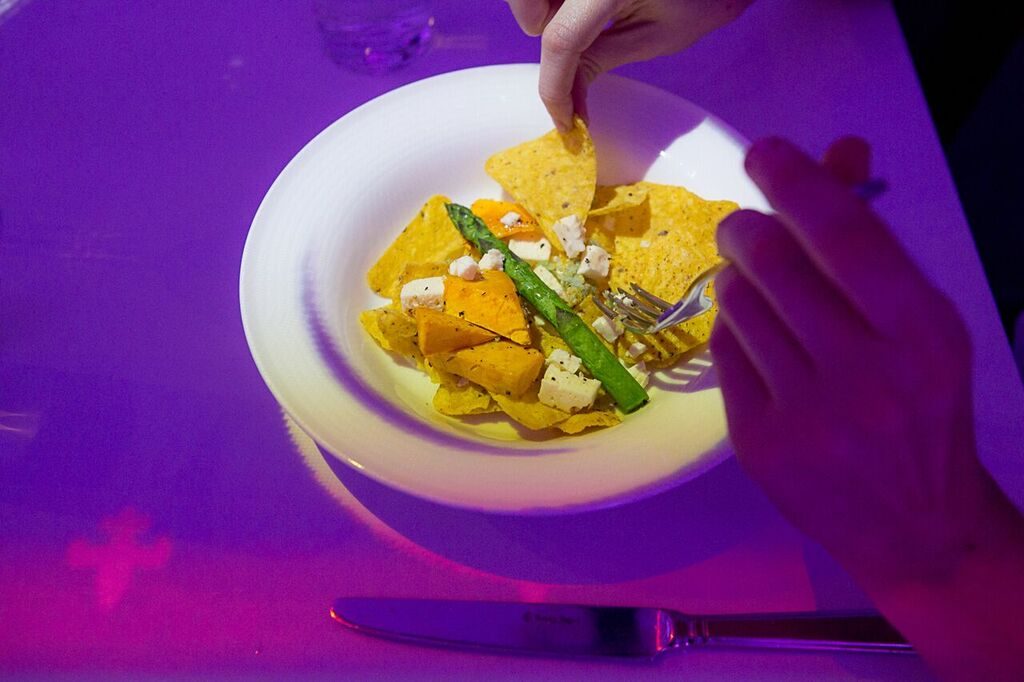 “Over the past four or five years we’ve made a suite of works that all deal with an interactive experience for audiences using ideas from a UK company called Rotozaza, they invented this form they call “Autoteatro” which is automatic instructional theatre. So, we’ve been creating work that uses rich design to guide an audience on an experience of their own, even when in a theatre watching actors it’s still audience front-and-centre, it’s their own experience.”

Given how involved Crunch Time’s production and creation must be, we asked what technical challenges Nathan and his team had faced in producing the, quite literal, dinner theatre.

“The technical challenges are actually about resources often, because we’re working in the arts sector and stubbornly ambitious in the scale that we’re working at, so a lot of what we’re doing is bespoke solutions to achieve things that look really technically complicated but on a very small budget.”

“So, we do a lot of hacking of existing technology or creating ways around what otherwise might be really expensive setups. One of our team is a software developer, software designer is how we credit him, and another member of our team has a lot of experience with 3D printing. We get to cut a lot of corners in those two niche skills, we’ll get to invent practical things or invent software things that help us make stuff work.”

“Other than resources, it’s kind of just patience, because sometimes it feels like we’re not making a show, we’re just making an App or something. Having that patience between a large group of people being able to persevere, and you know, this tiny technical thing needs to work, otherwise, the art doesn’t work, so we’re doing it for the art.”

As well as Nathan’s personal hopes for the run of Crunch Time:

“Personally, my hope is that people get a really good conversation with strangers out of it. I think where this show works best, is where it provokes a room full of people you may have never met, and they have no reason to have a conversation to suddenly go pretty deep or pretty political or philosophical.”

“It doesn’t need to be political in terms of specific ideologies or specific parties, but to have a conversation about the way that we organise ourselves or being able to engage with that idea of who we can be as a community. I think if this show creates a conversation, that’s it working at its best.”

We rounded off the interview, by probing into how the democratic process of dinner would be handled, and if there was any chance of an “Ohio Ballot” situation.

“There’s no rigging, in an early draft of the show we were playing with ideas of dramatic intervention, there was one draft where halfway through the show, it got hacked by the Russians, but that’s no longer what we’re doing.

“So, we work really hard to ensure that any choices that the audience might make, we’re kind of one step ahead of them. If they try an abstain from a vote or if they try and cast a tie-vote. But otherwise, it’s all physical in the space, we’ve got tokens that they move around on an interactive tabletop.” 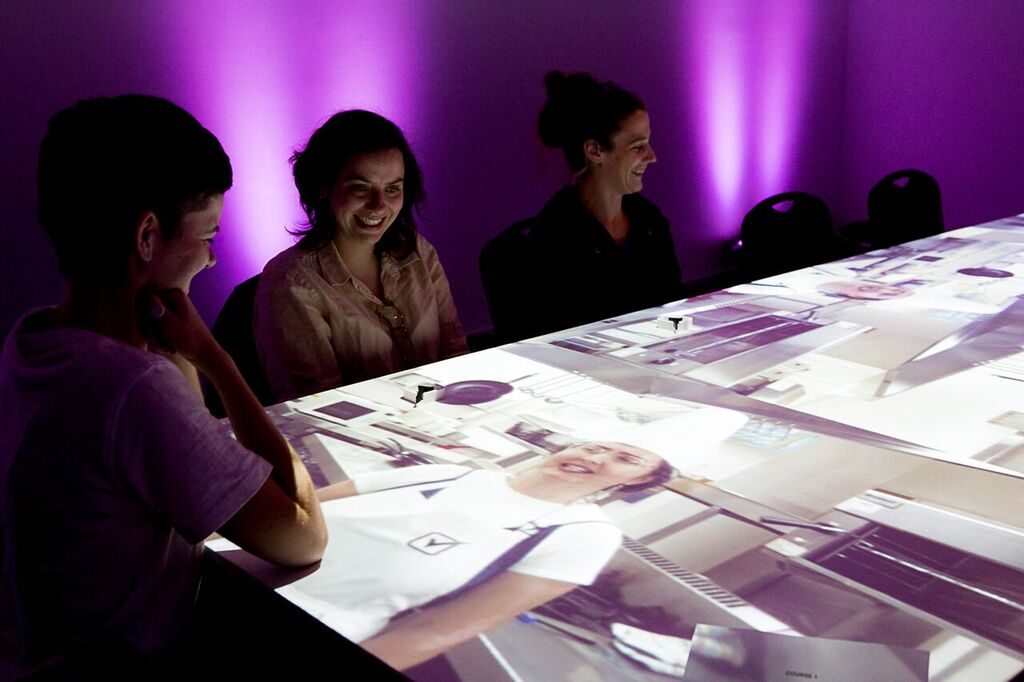 “In a previous season in Melbourne, the most dramatic outcome was when audiences started getting really physical with each other. There was one moment at the last second, where somebody lunged across the table to knock someone else’s token off of their plate.”

In parting, Nathan’s final words for the interview were quite candid.

“I’m terrified by the idea of the silent majority, not just because of their ideologies maybe being different to mine, but the idea of this authoritative power that is silent and walks amongst us.”

“I think part of the impulse of this show is to try and expose the silent majority and say what we actually need to do at this time and place, in this landscape of division we need to start discussing politics at the dinner table.”

“We’ve been polite for too long, and we need to know where everyone is at, we need to be able to bring it up and share it, and I really hope that this show does something to provoke that experience.”