Queensland songstress Karrie Hayward is brushing off her folk roots and entering the world of indie pop as KARLOU.

After making a name for herself in Queensland’s folk scene, singer-songwriter Karrie Hayward has taken her approach to writing and performing in a new direction under the moniker KARLOU. TCI caught up with Karrie to chat about her musical career, the appeal in indie pop and her debut single as KARLOU, ‘Bad Choices’.

The Creative Issue: How did you first get into music?

Karrie Hayward: I was always infatuated with music, and I think it was The Wiggles that really started it. I wanted a guitar ever since I was about three years old. When I was about nine, I watched Australian Idol and I saw Shannon Noll, of all people, and I just fell in love with it. I think that’s when I decided that I was going to buy a real guitar. So, I bought this really tiny cheap guitar with some birthday money and then I started teaching myself a little bit and then got lessons.

TCI: You’ve been performing since an early age and started out playing country music festivals. What was that experience like, and how did that shape your approach to music?

KH: It was really great for me. I grew up in Mackay, so there wasn’t a great deal of music there. This was a really good avenue for me to kind of get up on stage and learn all about how to conduct audiences and workshop your way through performing. It built my stage craft and how I perform on a stage, which is really cool.

TCI: Prior to KARLOU, you wrote, recorded and performed folk music. What made you gravitate toward that genre? Was it those early experiences?

KH: Yeah definitely. I think along the years I listened to a wide variety of music. I feel that comes through in my song writing, but it depends what I’m listening to. I guess in the early days a lot of that folk, kind of country, style came out and that’s what I was writing. The lyrics weren’t necessarily about that, but I feel like definitely a lot of my technique and the way I was singing was very influenced by that genre.

TCI: Can you tell us a bit about your new project, KARLOU?

KH: I was coming from that background of writing really poetic kind of folk songs, and I wanted to expand my creativity and work on a project which allowed me to be a bit more free on stage. I decided that I was going to put this project together as almost a band project where it allowed me to get other musicians to come out and jam with me. It’s more upbeat kind of music where people dance rather than sit down and listen. I think this indie pop kind of direction is definitely where I’m going to take off in that area. It’s a really fun concept for me. 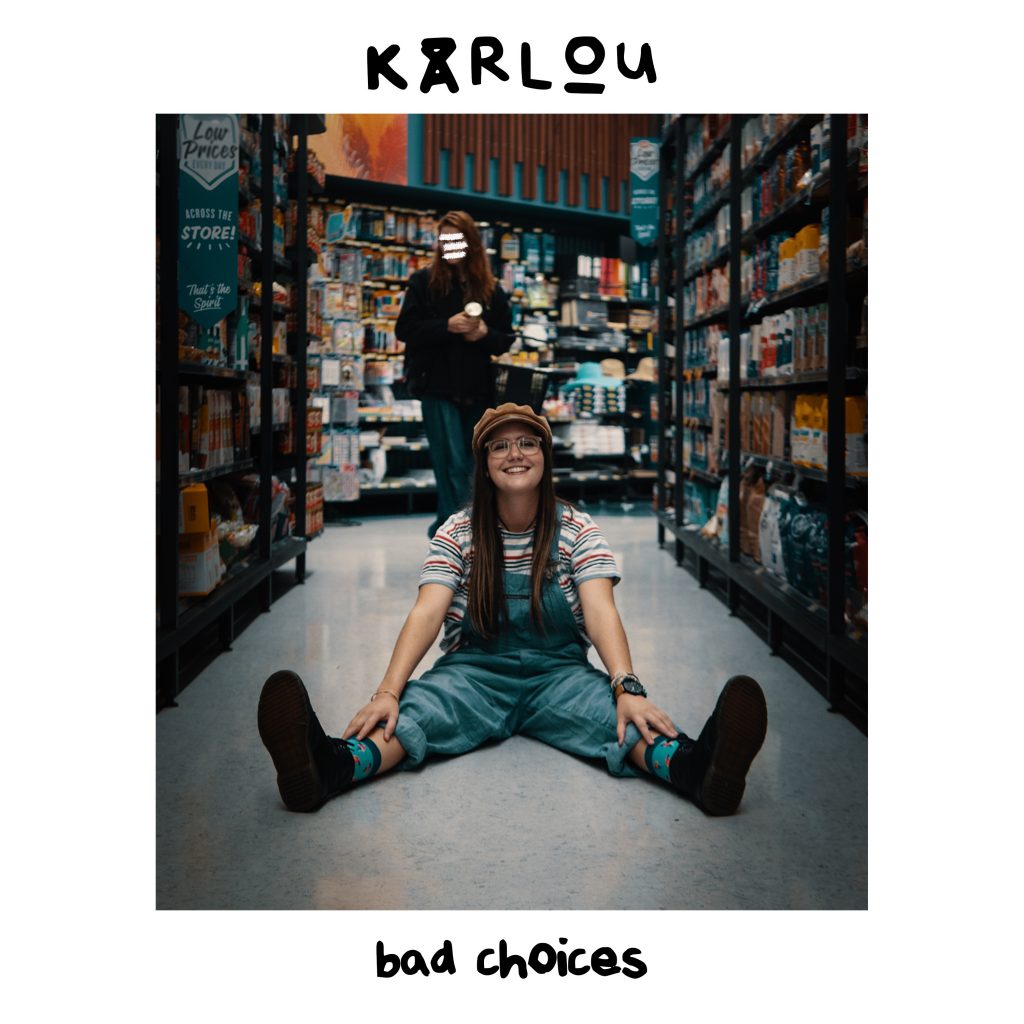 TCI: You’ve said that KARLOU is “part of a desire to brush off a past life”. Was there a specific moment or realisation that lead to you wanting to achieve that?

KH: Yeah, I definitely think so. I feel like everyone goes through something in their life and they just want to have a fresh start. For me, this year it was like starting something brand new. I moved to a different city, I didn’t know any people, different house… You know, everything’s different. To be able to go along with that and evolve into this new identity was something that I really want to achieve. I felt like it’d be great to have a rebrand where I rename my music and people don’t know. It’s kind of starting fresh, but in a way it makes it interesting and something to work on. I always love a challenge and this is a really good challenge for me to accept.

TCI: What was the inspiration behind ‘Bad Choices’?

KH: It’s about just having fun and accepting your youth. I feel like when I turned eighteen I never went out and I never did any youthful things. I never went to nightclubs or anything like that because I was always performing or writing music. This year I found a bunch of friends and I’m like, “let’s go out, let’s have some fun”, and that’s what we did. I suppose that’s what this song based itself around.

TCI: Did your writing process differ from how you’ve previously written?

KH: It’s quite funny — this was actually written as a folk song. I got into the studio with Brad Hosking at Blind Boy Studios at the Gold Coast, and I was like, “Look Brad, I really want to go down this direction of indie pop” and he’s like, “Ok, show me your songs. What have we got to work with?”. I played this one, and he listened to it and he loved it. Brad helped me fix all these sections and we practically half rewrote the song before we released it.

TCI: Had you done much collaborative work in the past?

KH: I’ve done a few co song writes, but not that many. I would love to do more in the future though. I feel like collaborating with other artists always makes it interesting because you’ve got both styles of artist writing songs together, so obviously you’re going to get something that is quite different to what you usually play. I haven’t done much of it, so hopefully in the future. 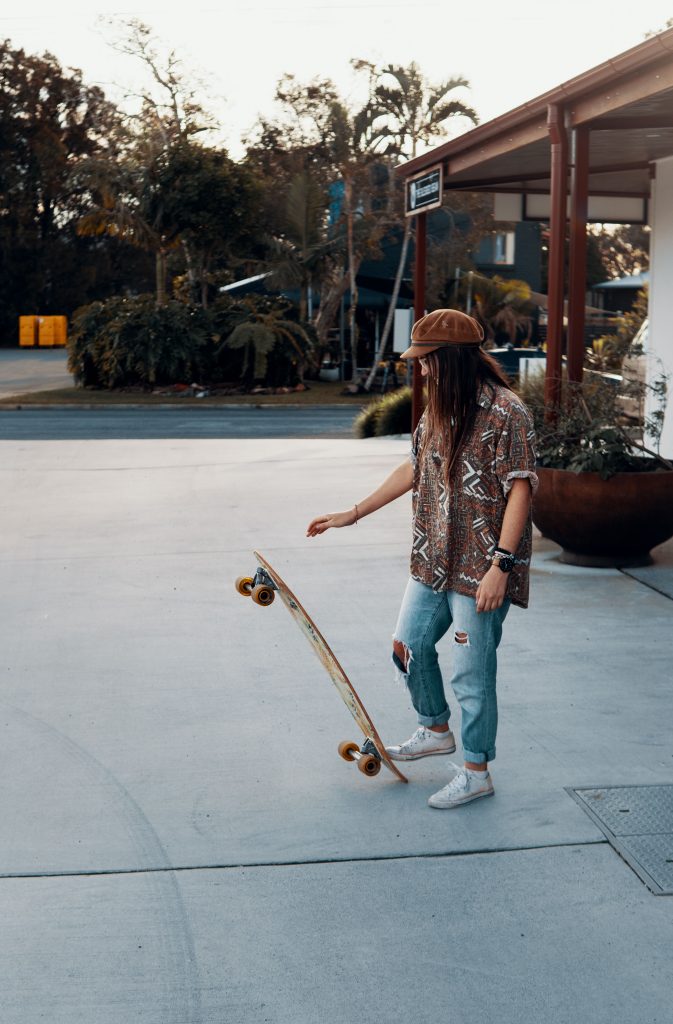 TCI: You had your single launch at The Milk Factory. What was it like performing as KARLOU?

KH: It was insane. Honestly, I didn’t have massive expectations for it because it’s a new project and not many people know about it. I was like, ” I’ll be happy if I get like 20 people to the show”, but the room was packed when we played. It was unreal. It was actually one of my first ever band shows. I got my drummer and we practiced on the Gold Coast. We only had two practice sessions and we were just like, “we’re going to wing it and hope for the best”. So that’s what we did and it turned out incredible. I absolutely loved every moment of it.

I was really excited because having other people on the stage allowed me to play every instrument — bass, drums, electric guitar and keys. It made for a really interesting live show. It was great to have the support from Mardi Wilson. We did a double headline show and she launched her single as well. It was fantastic.

TCI: With this new project what do you think are your ultimate goals?

KH: I just went to Splendour this weekend, and I feel like that just raised the bar for me. Give it a year and I’m going to be playing at Splendour. I’ll put that in the goal book!

TCI: What’s next for you?

KH: I’m playing a few festivals and shows coming up. I’ve got the Caloundra Music Festival very soon, and the Horizon Festival, which is a festival in the Sunshine Coast. I’ll be back in the studio again recording some new music very soon.

You can listen to ‘Bad Choices’ here.

Annalisse Designs – In Preparation for MBFF 2019