French ballet company Ballet Preljocaj’s much-celebrated take on Snow White opened in Brisbane on Friday night, but did it pack as much bite as promised?

It’s been hard to escape the piercing glare of the evil queen since the show’s announcement in April. Its debut is, so far, exclusive to Brisbane as part of QPAC’s International Series, which is no mean feat when in competition with Melbourne and Sydney. The wicked stepmother as the face of the show, resplendent in high-end Jean-Paul Gautier fetishwear, displays the company’s decision to take the show in a sexier, more sinister direction, truer to the Brothers Grimm original, and tackling themes of jealousy, narcissism and the loss of innocence. 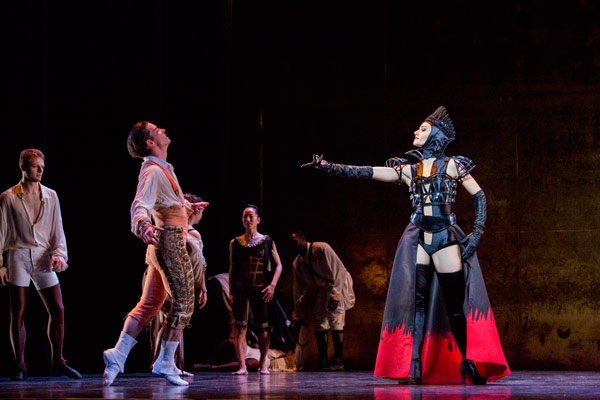 The show opens to a hushed and expectant Lyric Theatre, having styled themselves, as requested, in blanche, rouge and noir for the evening. I suspect many are seeing their first ballet ever tonight. We see Snow White’s heavily pregnant mother dance her final steps across a dark, stripped-back stage, fog machines full blast, her newborn daughter taken from her by her husband as she slips into death. This is one of the show’s darker, more poignant glimpses into the tale – but it will be the last for a while. The ensemble launches itself into a charming and well-organised but bafflingly long court scene, set to Mahler and accompanied by the Queensland Symphony Orchestra. Many of the cast dance barefoot – a bold move demonstrating the collective skill of the company, though the squeaks and scrapes across the stage felt more grating than raw from where we sat. The pacing begins to feel odd, with nearly half the show playing out before the queen shows up – even Disney skips to the drama quicker than this, and I feel myself threatening to slip into an enchanted sleep of my own.

It’s a welcome relief when she does arrive, breaking up the reverie of the court function, flanked by her two slinky, cheeky cats (wearing what look suspiciously like fetish gags). She kicks and twists and pouts, and one man repeatedly faints at her entrance. She’s living the dream. She is #goals. More unpacking of her character and relationship with the King would’ve been very welcome throughout the show, given how heavily she’s relied upon throughout the show’s marketing.

The all-essential mirror’s a fun illusion I haven’t yet been able to wrap my head around – is there a camera, are there dancers behind it? Whatever the trick, getting lost in the magic was a welcome escape. The audience was very receptive to even the briefest flash of comic relief – the Queen’s cats were an inspired touch, often providing a welcome reprieve to the drama. 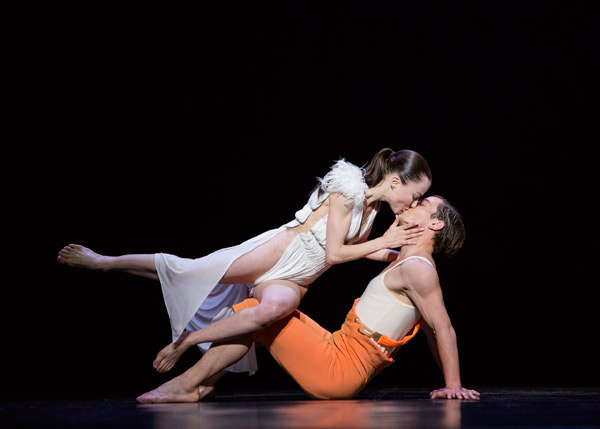 The characterisation of Snow White herself is refreshing – she is, as artistic director and company founder Angelin Preljocaj intended, not just a housewife for the dwarves, but a young girl on a journey into adulthood – clad in a high-cut cloth leotard (though the hoop-skirted wedding gown she wears for her final scene is almost comically ill-designed for dancing) and finding a balance between innocence and sexual awakening.

The archaic and damaging concept of the kiss that breaks the spell has been transformed into something more concrete and meaningful, too, as Snow White’s Prince (already known to her), takes her in his arms for a grief-stricken pas de deux with her lifeless form.

This is a show that promised a lot, and though not everything delivers, there are some ground-breaking, heart-stopping moments in this 100-minute show. Hopefully Ballet Preljocaj’s celebrated visit, and its already-warm reception will cement Brisbane, and QPAC’s place on the international stage as a host for risky productions like this.