Kingswood’s lead guitarist, Alex Laska, spoke to us about their last tour of the year and their latest album.

Kingswood is a three-piece band from Melbourne consisting of Fergus Linacre, Alex Laska and Justin Debrincat who released their second album, After Hours, Close To Dawn, earlier this year. Since the release of their album, they have had continued success and have just started their third Australian tour of the year.

They’ve become especially popular since their Triple J Like A Version of Destiny’s Child ‘Say My Name’. Shortly after this cover, they played the mainstage at Splendour in the Grass and the cover has now been included on the latest Like A Version album.

The vocals on Kingswood’s tracks are shared between Fergus Linacre and Alex Laska. We spoke to Alex about their tour and what their plans are for 2018.

The Creative Issue: Your album, After Hours, Close To Dawn, has been out since the start of this year, what was the biggest difference in making this one compared to Microscopic Wars?

AL: I mean. I don’t even know where to start. Conceptually, even the way it was recorded, the writing process was completely different. I’d broken my pinky on my left hand so I couldn’t play guitar. So much stuff was different about it.

TCI: The album has some seriously good tracks on it, do you have a favourite?

TCI: I read an interview that you did a couple of weeks ago where you said that this album made some people mad because it was so different from the first one.

AL: It didn’t really make people in general mad, it made one person mad. I’d say there are a few specific people I’ve seen who have responded to things of ours who would be the key people I’m talking about. And they’re a minority.

TCI: Yeah, so do you think for the most part people have received the album well? 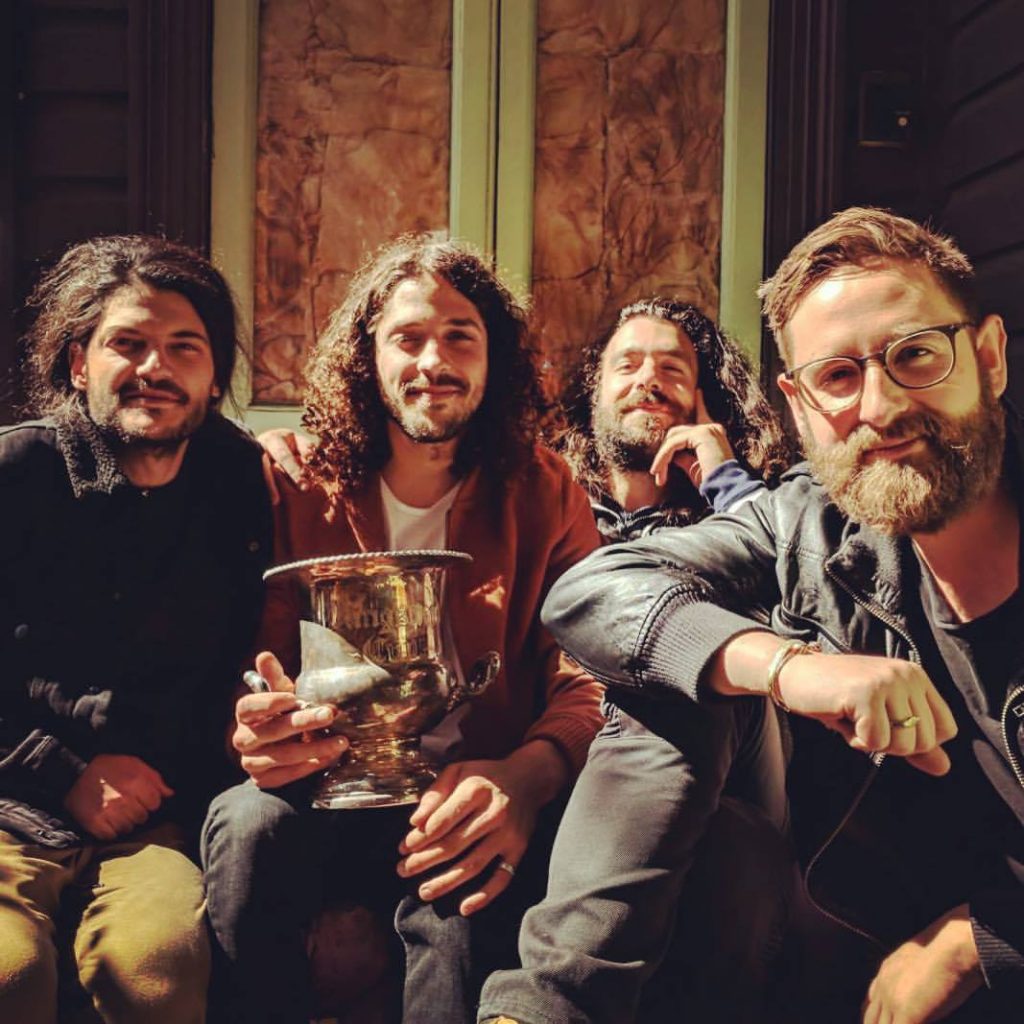 TCI: Your cover of Destiny’s Child is on the latest Live A Version album, did you expect to be included in the compilation?

AL: No, not at all. But that’s a wonderful thing for them to include us.

AL: Thanks so much. It got sprung on us pretty late in the piece. So everyone worked really hard. I think because of the excitement in how frenetic it was, it turned around and become quite a cool interesting thing.

TCI: Yeah definitely. And you played it at Splendour and everyone seemed to really like it there as well.

AL: Yeah it was a great response. We actually had a ridiculously great Splendour.

TCI: Yeah, you guys were the first act I saw for the whole of Splendour and there was a massive crowd even though it was still really early.

AL: Yeah I know I know. It was amazing, we were very humbled by how many people came out to see it.

TCI: Your drummer is having a baby, which is super exciting, but you’ve taken on Sticky Fingers’ drummer for the time being, how did that come about?

AL: Well we’ve been mates for so long. We were like let’s kind of keep it in the family if we can. And we knew the boys were on a break so we were like “Beaks, you wanna come along and hang out with us and tour the road?” And he was so stoked, he’s really appreciative that we thought of him and got him on board. And he’s done really well, he had to learn a lot of stuff so he’s great. We’re all really good mates so [Justin] feels comfortable letting his throne out to someone else.

TCI: You’ve struggled with ticket scalpers just briefly on social media for these shows you’ve got coming up, what do you think of all that?

AL: It pisses me off! Why are people buying up our tickets and selling them for three times the price or double the price and misleading people and saying that there’s seven left. Just stop doing it. There’s a reason for our pricing strategies and bracketing is designed to be appropriate and fair and we’ve always been adamant about that. And then you’ve got this sort of stuff going on. It really pisses me off to be honest.

TCI: I always forget that you’re technically a three-piece because the full band you tour with is huge.

AL: Yeah, at some points on this tour, there will be ten people on stage.

TCI: How long have you been playing with the bigger band?

AL: We had a little taste of it when we did our last forum show and then we had a break from it for a long while. Then we were like you know what? Let’s put this band together for this album. So probably since about March. But the thing is trying to get that many people organised so they’re at the same place, at the same time with all their lives and their jobs. We’ve kind of started to have this revolving door of musos come in and out of the band. Which is good because it means that the family’s extending and everyone gets a taste of it. So we can call upon someone for certain things and have the option now to mix it up which is great.

TCI: I assume it was really exciting the first time you made your live shows that big, is it still really fun playing with everyone?

AL: Totally. Super fun. When we have those moments where everyone connects, everyone feeds off of it. So there’s even more energy on stage. Don’t get me wrong, I love doing it as a three or four piece as well but it’s a different signature. It’s a different category of performance.

TCI: You toured this album earlier this year and you played the Triffid in Brisbane, whatâ€™s different about these shows?

AL: Now that we’ve done the art piece and [presented] our new album. We wanted the musicianship considered and wanted this to be this whole extravagant thing. Now it’s like growing pains, we’ve gotten over that wanting to impress and be very impressive. Now it’s about entertaining and really enjoying the songs. Making it more about the spectacle of what live music is instead of look how intricate this guitar part is. 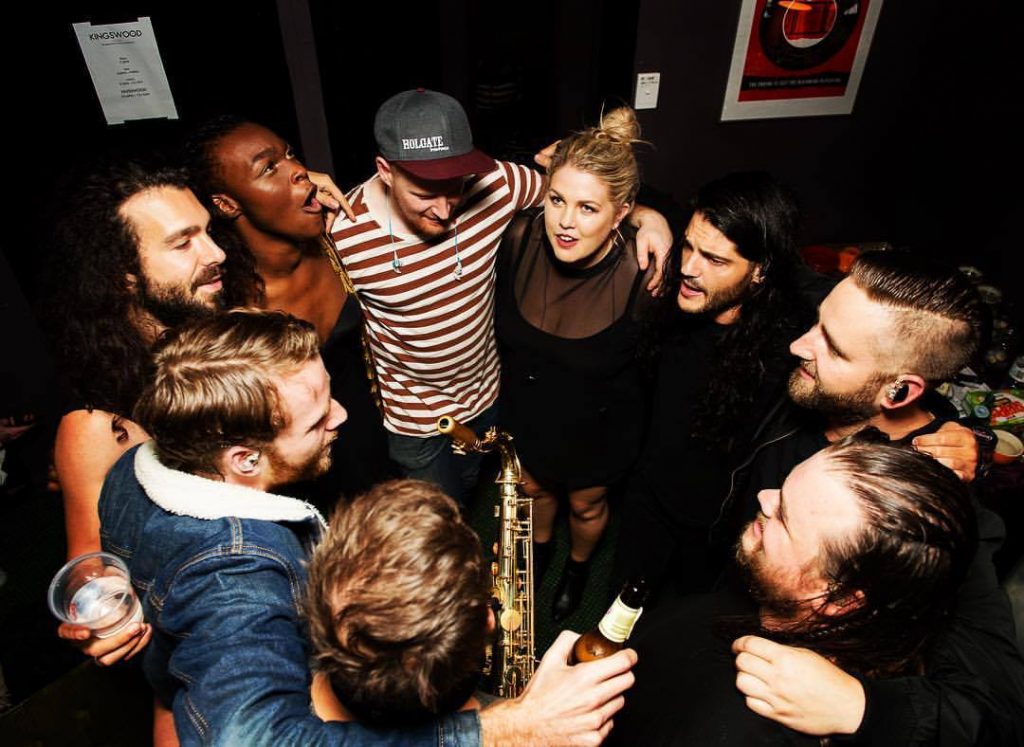 TCI: This will be the third Australian tour this year?

AL: Yeah probably, I don’t even know. I stopped counting.

TCI: So what are your plans after this tour? Do you have any plans to go overseas?

AL: I will probably go and write. We would love to tour overseas but we don’t have anything going on outside of Australia so we should probably start to do that.

TCI: There was a two and a half year wait in between this album and Microscopic Wars, are we going to have to wait that long again for the next one?

AL: No, most definitely not. We’ve already got stuff going on for the next one. We went through a period of stuff that we had to sort out and deal with business wise that took a lot tine. So that’s why we had a big break in the middle. But now we’re all about pumping it out and getting more and more new music out there.

TCI: Awesome. The last album was awesome so definitely looking forward to the next one.

AL: Thanks so much.

Tickets are still available here for their show at the MET this week. You can also check out their cover of ‘Say My Name’ here, it’s definitely worth a watch.

Ecca Vandal on Her Self-Titled Album, Falls Festival and more