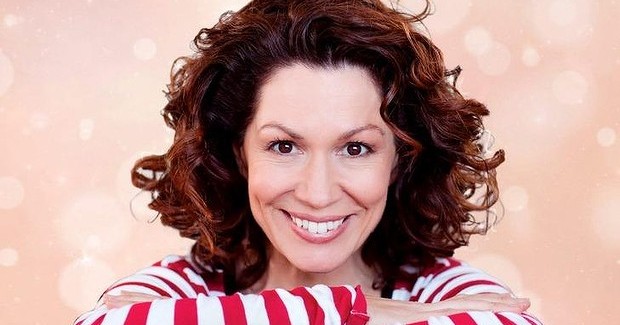 Veteran comic Kitty Flanagan brings her new show Seriously? to Brisbane’s PowerhouseÂ this August – it’s looking like 2015 is the year that we fall in love with Kitty all over again. It’s no secret that Kitty Flanagan is one of Australia’s most popular comedians.Â The award-winning comedian hasÂ performed her stand-up shows in many countries including the US, UK, Japan and Singapore. With over 20 years in the comedy industry she is showing no signs of slowing down with a range of exciting newÂ projects on the way.

HerÂ passion forÂ comedy has seen her appear on television shows including Spicks and Specks, Adam Hills in Gordon Street Tonight, The Project and Good News Week. She is currently appearing on ABC’s The Weekly with Charlie Pickering and the office politics mockumentary Utopia.Â The critically acclaimed television show UtopiaÂ has been picked up by the US streaming service Netflix and is introducingÂ Kitty’s perfect comedic timing to a whole new audience.

InÂ her brand new show Seriously? Kitty gives you the inside scoop on gravediggers, cops, Cubans and spaghetti soss. There’s advice on how to speak to doctors, some funny music from Sister Penny plus a serious attempt to quantify one of life’s biggest mysteries: “How much do old people love salt?”

Kitty Flanagan: This is my favourite show, I know people always say that. But Iâ€™m loving doing this one, thereâ€™s loads of voices, some top notch stories, I spill the beans on what itâ€™s like to date a gravedigger and a policeman. Plus I give some excellent advice on a range of topics from dishwashers to underpants and also how to be sensible at the doctor and not giggle when he or she says words like â€œanusâ€ or â€œareola”. I like to think of my show as â€œfun AND learningâ€.

TCI: Do you still find yourself getting nervous before a show, and if so does it ease once onstage?

Kitty Flanagan: I tend to get excited more than nervous when Iâ€™m doing my own shows in theatres and arts centres – these are the golden gigs, so Iâ€™m just happy to be there. When I try out new material in little comedy clubs in front of 40 or 50 people, thatâ€™s when I get nervous.

TCI: I was surprised to find out that you studied a wide range of subjects at university such as Spanish and P.E. teaching. When did you discover that you wanted to perform stand up professionally?Â

Kitty Flanagan: I always wanted to perform but I didnâ€™t have the dedication or level of â€œseriousnessâ€ required to train become an actor. My sister was performing most nights in her band but that wasnâ€™t an option for meÂ because I had no musical talent. So, stand up was all that was left for me. You donâ€™t need any real skills to get started in stand-up. All thatâ€™s required is a desperate need for attention.

TCI: Audiences love your willingness to reveal embarrassing and funny stories about your everyday life. Do you think the public expect comedians to tell them about their personal life?

Kitty Flanagan: I think audiences expect comedians to be funny and how they do that doesnâ€™t matter. Some comics are great storytellers, others are excellent joke writers, some are more physical and absurd. Itâ€™s a very diverse art form, the only rule is, be funny.

TCI: You left The Project at the end of last year and now appear onÂ Charlie Pickering’sÂ showÂ The Weekly.Â The WeeklyÂ also mixes news with comedy, how has this been a different experience Â fromÂ The Project?

Kitty Flanagan: One big difference is that The Project comes under the banner of “news program” and The Weekly is categorised as “light entertainment”. And the latter gives you far more licence to muck around. The Project were incredibly good to me and let me get away with as much as possible but at the end of the day, they were a news show and bound by different rules – I had to be a lot more careful on the Project – also it was live so if you made a mistake there was no getting out of it!! 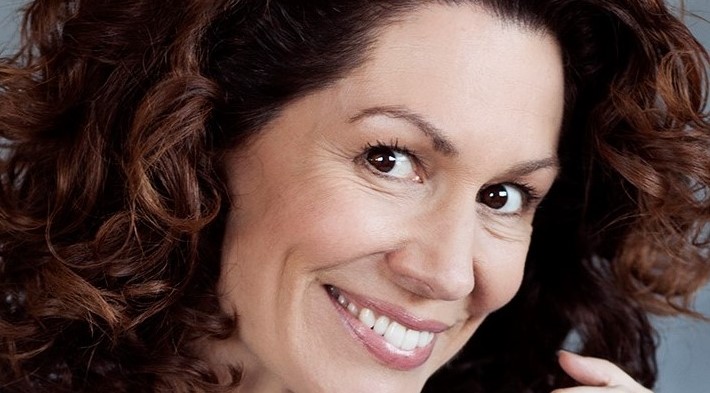 TCI: Congratulations on the success of Utopia which is absolutely hilarious by the way. It has recently been announced thatÂ NetflixÂ has boughtÂ UtopiaÂ and will play the first two seasons in the UK and US. How exciting is this for you and the rest of the production?

Kitty Flanagan: Iâ€™m absolutely thrilled, I didnâ€™t realise it had happened until a friend of mine emailed me from London saying â€œhey weâ€™re just watching this great show youâ€™re in on Netflix – itâ€™s the one where you have weird hairâ€. Funny. Itâ€™s a really well written and beautifully directed show. I love the pace of it. That alone earns it a place on the international stage.

TCI: You play Public Relations Manager Rhonda who is the ultimate multi-tasker and is able to spot a media opportunity from a mile off. What was it about the character that drew you in?Â

Kitty Flanagan: To be honest, I didnâ€™t know much about the character when I signed up, I was simply asked if I would like to be in the next Working Dog production and I said yes. I knew it would be good. I just didnâ€™t realise I was going to get SUCH a fun role. Itâ€™s great being the character that walks into a scene, waves her arms around, tells everyone what to do, doesnâ€™t listen to a word anyone says then walks out again. What a treat.

TCI: You have performed in venues all across the world from Japan to Germany. Has there been a particular career highlight for you?

Kitty Flanagan: The career highlight for me has been getting successful enough in my own country that I can finally do national tours. I was getting to the stage where I thought it would never happen, that Iâ€™d always be a club comic, playing the comedy club circuit but never able do my own tour. And then after the Project started, my profile grew and before I knew it, we were putting on shows everywhere from Perth to Alice Springs to Mackay and Shepparton! Finally, I was touring – EVERYWHERE – with my own show. Thatâ€™s been the dream come true. Iâ€™m on my third go around the country now and this current show is the best of the three. Iâ€™m loving what Iâ€™m doing and I think it shows on stage.

TCI: Have you noticed any significant changes over the past decade in the Australian comedy scene?

Kitty Flanagan: I think itâ€™s got tougher because of social media. I cannot imagine starting out in stand-up with that level of scrutiny. People â€œreviewingâ€ you on their Facebook or twitter or misquoting your jokes, taking things out of context and beating up a controversy. Iâ€™m a firm believer in â€œwhat happens in the comedy club, stays in the comedy clubâ€. If you say something in front of sixty people in a comedy club then only those sixty people have the right to be â€œoffendedâ€ or â€œoutragedâ€. Â But thatâ€™s it. It shouldnâ€™t go further. People who tweet â€œoutrageousâ€ things they heard in comedy clubs in order to create controversy are worse than the comic who said it in the first place. If a joke goes badly, a comedian wonâ€™t do it again, itâ€™ll disappear,Â because comedians donâ€™t like it when people donâ€™t laugh. So if you want to stop a comic doing a joke you donâ€™t like. Donâ€™t laugh at it. But donâ€™t tweet it to the world, thatâ€™s just giving it oxygen.

TCI: Is there a comedian who you haven’t worked with but would like to?

Kitty Flanagan: Hereâ€™s a weird answer – the person Iâ€™d really love to work with is Jennifer Aniston. I think she has amazing comic timing and is largely underrated as a comedic performer. Iâ€™d love to write a film and have her be in itâ€¦and Rob Sitch direct it.

TCI: What is next for Kitty Flanagan?Â

Kitty Flanagan: The Seriously? Tour rolls on around the country and then once we wrap on The Weekly (at the beginning of September) I get to have a whole month off. Iâ€™ll be heading down the south coast of NSW with my dog, renting a beach house and getting stuck in to a couple of writing projects.