Knock Knock is Eli Roth’s latest contribution to the horror genre, and a surprising remake of the 1977 film Death Game. It’s the icing on the cake for Roth’s fans as The Green Inferno was finally released in September after two years in distribution hell. Knock Knock does sound like a classic slasher with two hot babes and a crying Keanu Reeves, however it’s advertising does it no justice.

Keanu Reeves plays family man, Evan Webber, who spends a night along at home after a shoulder injury prevents him from taking a weekend holiday with his wife and kids. Unexpectedly two smoking hot young women, Bel (Ana De Armas) and Genesis (Lorenza Izzo), knock on his door claiming to be lost in a thunderstorm. The two young ladies, of course, beguile Evan into a threesome against his better judgement claiming “It’s like destiny that we were meant to meet.” The next morning, Evan awakens to a psychologically torturous game that Bel and Genesis inflict upon him as punishment for his cheating ways.

Knock Knock has already received fairly negative reviews so far, claiming it’s campy tone undermines some of the heavier sense of social commentary. As Barry Hertz from The Globe and Mail delightfully puts “The film is all foreplay and no, well, climax.” However, I would implore everyone interested in the film to treat it as it should have been treated from the beginning: Modern Black Comedy. The characters make bad decisions that achieve nothing but advance the plot. The dialogue is campy and unrealistic. Everyone in the film is a complete and utter archetype with little to no reason to be the way they are, other than to fulfil a stereotype. For all of these reasons, the film is utterly fantastic. 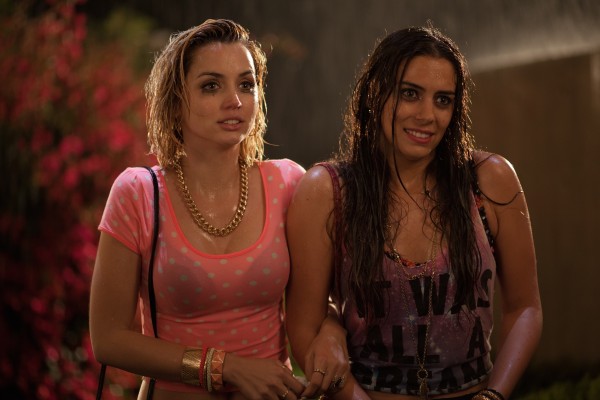 But how can bad things make a film good? It’s a question of aesthetics. Would you be angry if you got yourself hyped up to listen to Bruno Mars singing ‘Uptown Funk’ and were instead confronted with Frank Zappa’s ‘I’m The Slime?’ Of course you would! The two songs are nothing alike. However, they’re both masterpieces in their own right. Knock Knock has been sold to too many people as something serious and scary, when in fact it is the complete opposite. It’s a campy black comedy that makes fun of the always too serious home invader subgenre. Aesthetically, everything in the film fits that perfectly. Bad dialogue, cookie cutter characters and even the bright and colourful lighting of a sitcom. There is no gore in Knock Knock, but in the rest Eli Roth’s oeuvre the blood won’t stop running down the screen. Knock Knock would easily be PG13 if it weren’t for the extreme sexual references. The film is about as scary as Scary Movie, but it’s a thousand times more funny. 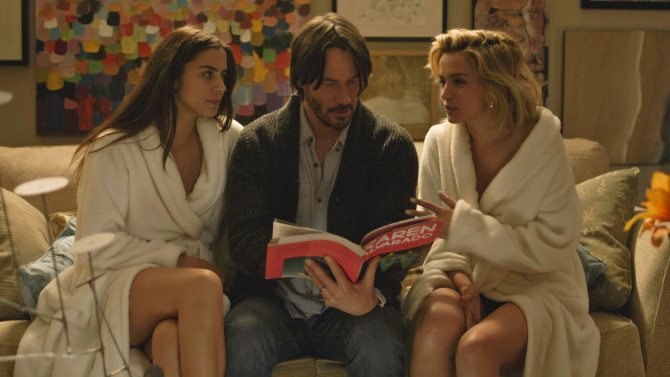 Knock Knock will be available for online streaming this December.

In the Heart of the Sea – The Tale of Moby Dick