Forget Taylor Swift, the best arena gig youâ€™ll see this month is happening at the Powerhouse.

After sell-out shows in Edinburgh, Montreal and Melbourne, the Prince and Princess of rock-and-roll, fictional brother and sister act, Die Roten Punkte have tumbled into the Powerhouseâ€™s Wonderland with their latest album, Kunst Rock.

Following the â€œcommercial successâ€ of their last work, Super Musikant, the Teutonic siblings have been perusing a more experimental sound, reportedly fine-tuning their use of loops and samples in a custom-built music bunker in Germany. No such experiments have been undertaken in the field of band cohesion, however, and their concert is torn apart by bickering, audience flirtations and a poorly timed banana.

With his fringe flopping into his eyes, copious amount of make-up and a melodic whine, baby of the duo, Otto is every emo-punk band of the mid-two thousands condensed into one small German guitarist. Heâ€™s easily matched by older sister Astrid, as she drinks heavily behind her drum-kit, has a serious run-in with a mic-stand and frequently ventures off-stage to terrorise and/or seduce the audience. Together, through the sheer force of their thickly accented European enthusiasm, Die Roten Punkte transform the small Visy Theatre (currently styling itself the Memory Tank as part of Wonderland) into a stadium, with blazing lights, rocking guitar solos and the full-throated support of the audience. 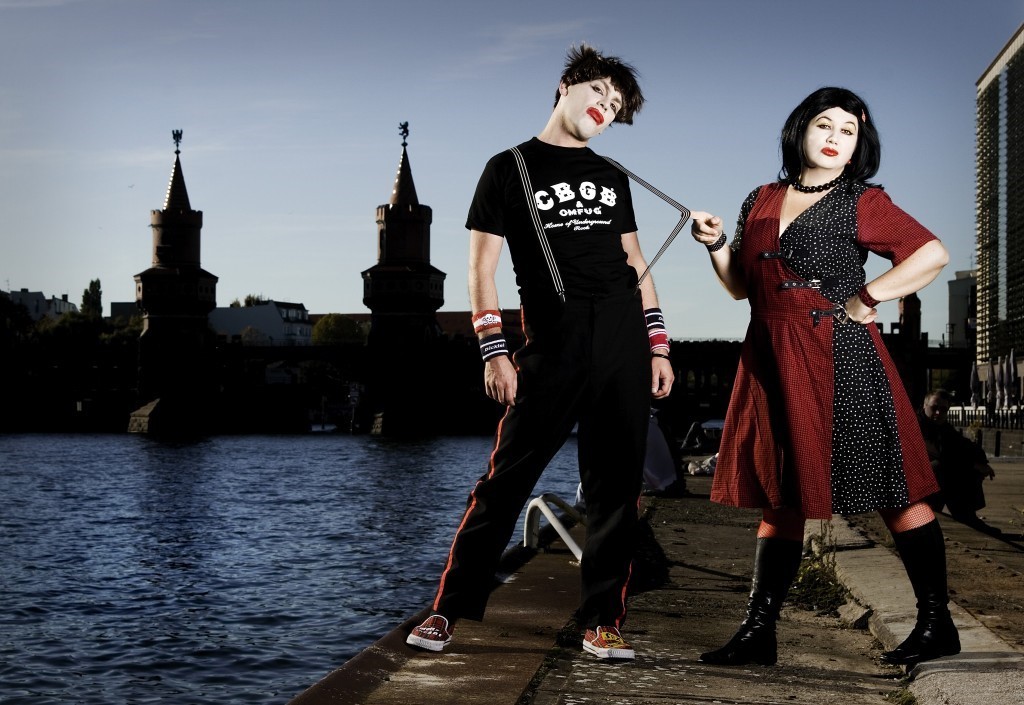 Kunst Rock is an enchanting blend of cabaret, clowning and surprisingly catchy music. While there is an element of parody to the elaborate German faÃ§ade, thereâ€™s no unpleasant conceit or cynical edge to the show. Die Roten Punkte are no less of a good time for being fictional; they commit completely to their songs about burger flipping dinosaurs and parents who were run over by trains (or possibly eaten by lions â€“ there is some contention), and they put on the most hysterically dysfunctional concert youâ€™ll ever attend.

For more information, or to book tickets, head to the Powerhouse website here.

A Raw Tale from a Chinese Karaoke Bar