La Boite kicks off their 2016 season with a fresh new manifesto, a sense of real danger and a whole lot of glitter.

A joint venture with Brisbane-based circus company Circa, When One Door Closes is the kind of innovative collaboration we can expect to see more of under artistic director Todd McDonald. In a bold move, his first season-opener is part circus and part meta-commentary, a weird and wonderful work that imagines three iconic theatrical women (Nora, Hedda Gabler and Miss Julie) meeting in an imagined post-show universe, a world filled with high wires and velour shorts. Itâ€™s a thorny concept, but it works very well, the theatre and the circus supporting, rather than obscuring each other. While some prior knowledge of the referenced shows does help, thereâ€™s just enough text in the largely silent piece to provide a good sense of character. Thereâ€™s even a nice (if unintentional) bit of costuming continuity, with Nora dressed in the same top-to-toe pink as she was in La Boiteâ€™s 2014 Dollâ€™s House. 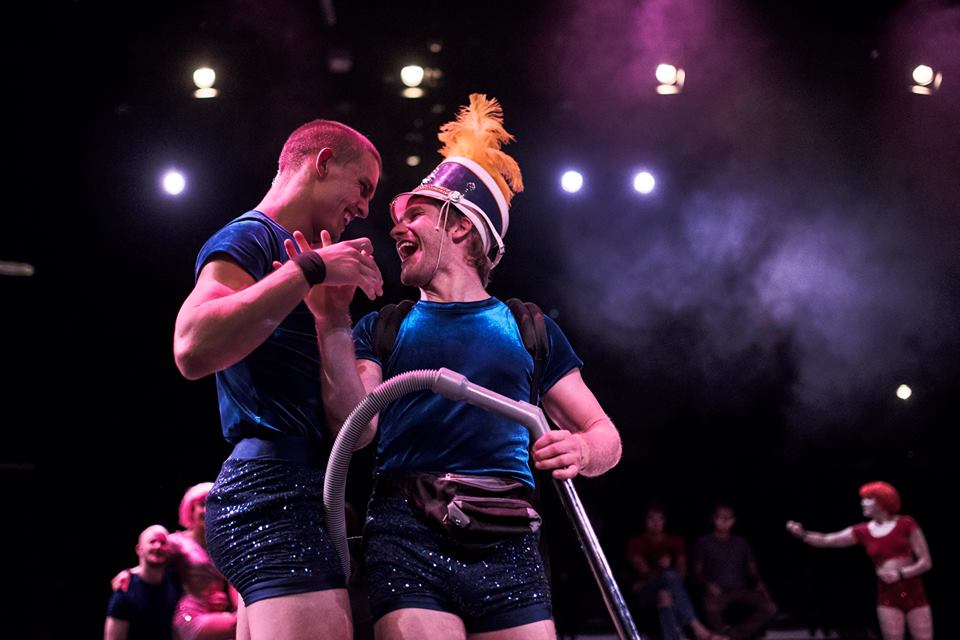 In its opening passages, When One Door Closes leans heavily on the theatrical. Noraâ€™s slamming door and her subsequent bolt across the stage opens the piece quite traditionally, and sets the scene for our three heroines. Their confinement is initially highlighted, as they struggle to prise themselves off the slick, black set, labouring in stark opposition to the free leaps of the male acrobats.

Soon, however, the show opens up into a classic, campy circus feel. Impressive stunts are made all the more heart-stopping for the intimate in-the-round setting, while a tremendous amount of joy can be found in simply watching some of theatreâ€™s saddest ladies having a good time on the trapeze. Astounding physical work blends smoothly with clowning and comedy in a show that is fast-paced and upbeat, despite dark underpinnings. 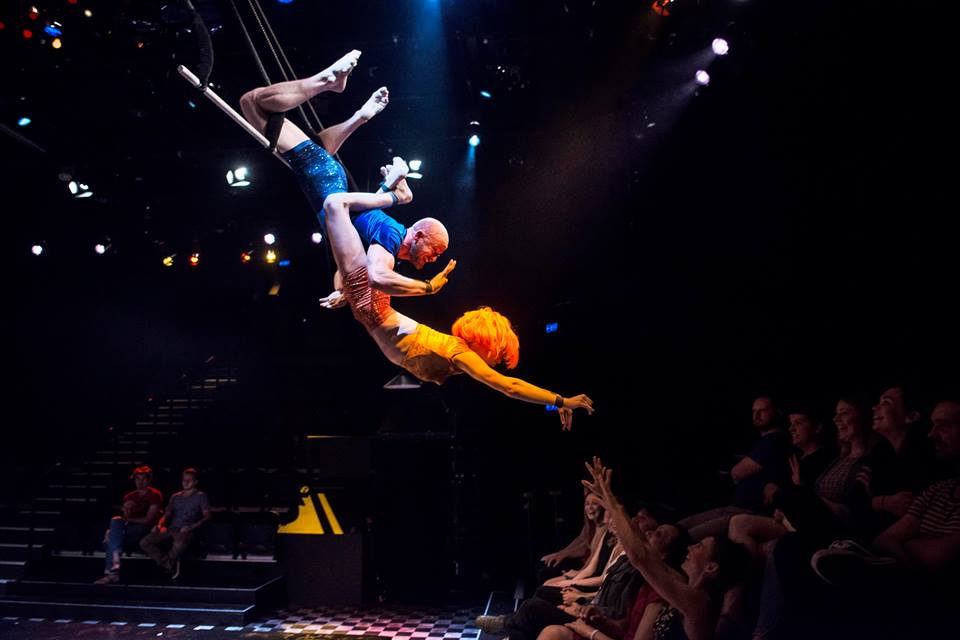 The more introspective moments, when they come, are affecting and light-handed, delicately inviting audiences to consider the role of these women in their own texts and the broader theatrical canon. These scenes are well spaced, allowing both them and the audience to breath, and preventing the show from becoming an act of bitter intellectual toil.

When One Door Closes is fresh, thoughtful and fun theatre â€“ a striking start to the year. Itâ€™s also one which signals a move away from tradition at La Boite. Under the joint command of directors Yaron Lifschitz and Libby McDonell, and dramaturg MacDonald, this piece has ushered in the change with grace, excitement and the promise of a rich season yet to come.

What When One Door Closes