Taking you through Brisbane’s rich history of queerness as you’re ushered into the world of La Silhouette, artistic director Daniel Gough is helping you reach out and touch the incredible stories of our LGBTIQ+ community at the MELT Festival from 27-30 June.

Performed by the SUI Ensemble, the Brisbane Powerhouse is transformed into an underground cabaret club that comes to life as La Silhouette where drag queens and kings, punks, and policemen take you deep inside their world, guiding you through the secrets of Brisbane’s queer past.

Recently, the show performed multiple sold-out performances in London and audiences were moved by what they saw.

“I think people were really fascinated to know that we have such a rich history and such an interesting story to tell,” said Gough. “I think that’s kind of true of any small town. The stories and the politics and the scandal and the tragedy – all of that exists in all small towns and we just happen to be a big small town in terms of the world stage. I was really, really pleased with how people responded to it.”

When La Silhouette was first being developed, Gough looked at the entire history of queer culture worldwide. Then, upon closer analysis found that even just Brisbane has such a comprehensive and dynamic relationship to queer stories and queer histories that it was enough to just focus on the place that we’re in right now.

“Because we are a small town – practically rural in comparison to a lot of other cities and because we are so isolated, we feel, as a community, so isolated,” he said. “We feel like there must be nothing here for us so there’s nothing about our corner of the world that is special or has made a contribution. It’s not true and it’s important that we learn that. So, this show is an opportunity for people in Brisbane to understand how we have encountered the queer society and queer culture and queer history.” 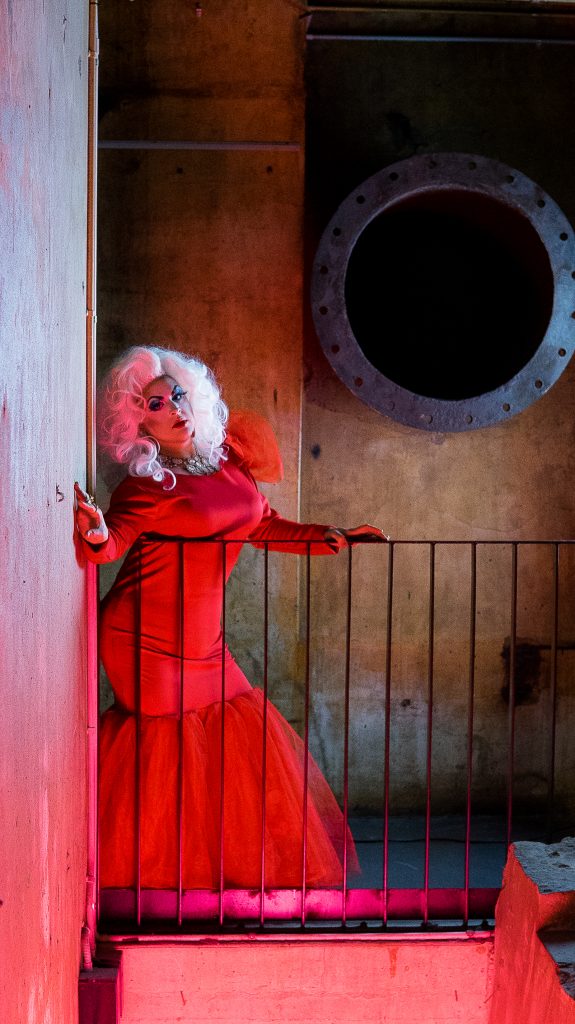 La Silhouette is truly unique its immersive nature. In short, the audience isn’t seated in the dark.

“When we say, ‘Welcome to La Silhouette’ what we mean is, welcome to this club which we have built and installed into the Powerhouse which you can roam. You’ll be taken from the cabaret floor to the VIP room to the dressing rooms and to the living quarters – all of these environments exist and you’ll witness stories that unfold in each of them,” said Gough. “So, the audience participates in the work by being present in a whole new world and a whole new environment and interacting with the characters that live there and make that world function.”

If you’ve seen Sleep No More in New York City, that’s the idea: a walk-through show where you’re intertwined with the action. Yet, with nothing like that in Brisbane (or in Australia for that matter), the La Silhouette team had to learn on their own.

“We’ve done some small developments and works-in-progress to test ideas and see how audiences go. Because there’s so little of this kind of work here, we don’t get to experience this kind of thing and so it’s hard to learn how to make this work,” said Gough. “So, for us, it’s required a real lot of testing and experimentation. We have done a couple of experiments in the past, one at Metro Arts and another at Backbone Youth Arts and they’ve been really formative for us.”

Even though this is their first time performing the fully fleshed out version of La Silhouette for Brisbane audiences, this isn’t the SUI Ensemble’s first time at MELT.

“We’re all drag queens and we host regular trivia events,” said Gough. “So, last year [at MELT] we put on something we called ‘Tragic Trivia’ which is just like a really whacky silly drag trivia night.”

You can catch Tragic Trivia! again this year on 4 July. 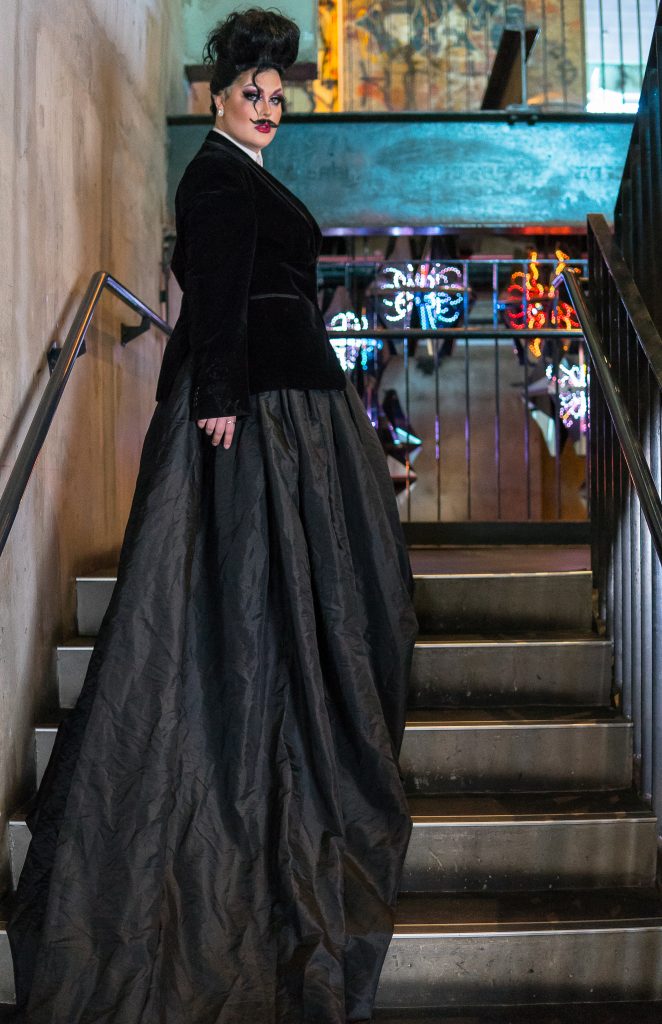 As for what he hopes to see expand in the queer community of Brisbane, Gough says he’d like to see more colour here since he feels the LGBTIQ+ community still ends up in darker corners, small spaces, and on the backburner.

MELT is one way the culture is able to transgress those notions by doing something big and exciting.

“I love the idea that MELT exists in Brisbane. We have such a unique culture of queerness here and it thrives. I’ve been to many, many cities and there’s none like ours and I think it’s really important that we have an opportunity to come together and share an expression of our queerness and think about and talk about and experience things that unite us,” said Gough. “MELT Festival is the perfect way of doing that. It’s so vibrant and for me, it really brings our culture and society to life. Even if you just go one or two nights, there’s always something happening, there are always groups of people there, you’ll always make friends, you’ll always get to speak with someone and I would be there every year, year in year out, for as long as it’s running. I think it’s really important and it’s really just a lot of fun as well.”

Gough began directing about five years ago while completing his Master’s degree. He gathered together a group of people, who would later become the SUI Ensemble, to play and experiment with theatre. The group meshed so well that they never parted ways.

“For fundraising initiatives and whatnot, we decided one time that it would be really fun to put together a trivia night to raise some money to make some art and to do that in drag,” he said. “And two years later, we’re now all very experienced drag queens and kings together and so that’s just been a really interesting point of growth for us over the past couple of years.” 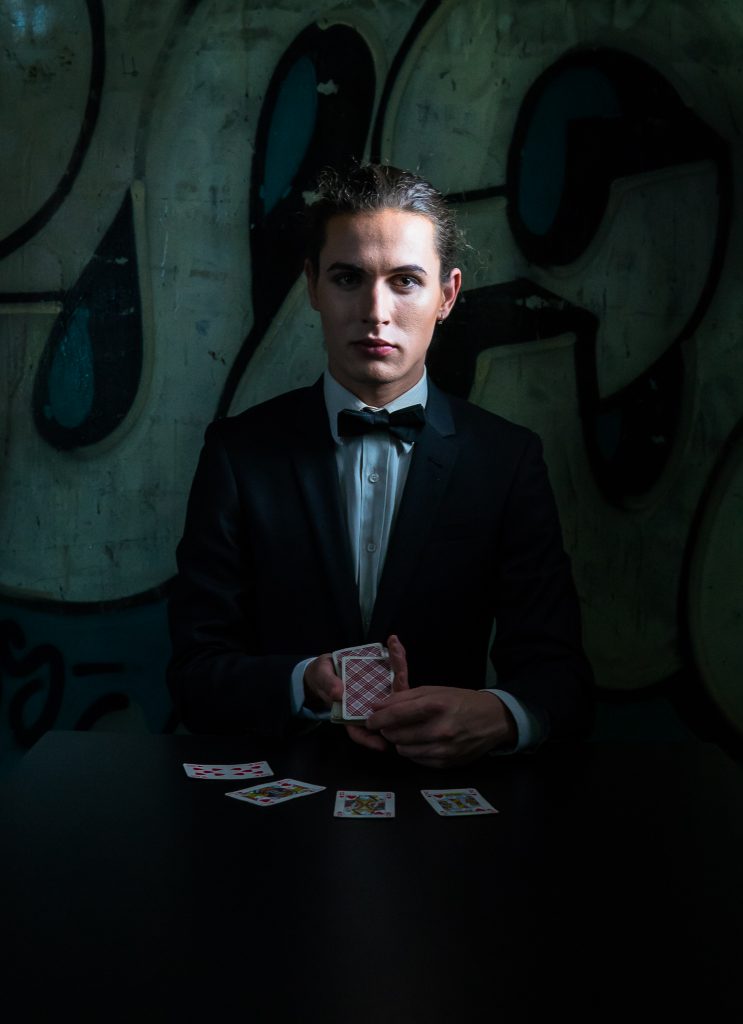 As a director, Gough likes to make theatre about the moments that can’t quite be explained or things that you can’t make tidy conclusions about.

“To me, what’s most important is involving our audience in that discussion,” he said. “An audience doesn’t come to theatre to see someone else’s story, despite what they might be convincing themselves of. I think an audience comes to theatre to see themselves represented and to see their own points of view explored. And what better way to do that than to directly involve them in that process by making them a character in the work or by making them an influencer in the outcome of the performance. So, by giving them complete autonomy to find answers themselves in comprehensive environments that facilitate thought and experiences. My career, even though it’s only short, has always been about trying to find new and exciting ways of doing that and I hope I’m still doing it in five years, ten years, twenty years’ time.”

In showing people themselves in his work, Gough made it clear that there’s nothing wrong with wanting to go and see yourself in performance. It’s about representation and everyone wants to be heard.

“The point I’m making is that I think we do want to see ourselves and our own opinions represented or discussed even if they’re not agreed with.”

Still, Gough’s performances haven’t been without controversy as he’s made a lot of shows about life and death, mental health and suicide, and other things that people have strong feelings about.

“It’s hard to confront those things in theatre, especially when you are not seated in the dark silently and when you are pulled very much into the light of the theatre and you’re asked to participate in how that unfolds,” he said. “I think that being contentious and controversial is one of the fastest routes to understanding what we really think. It’s not something I do for its own sake because that would be a waste of time. It’s something that we do because we shouldn’t afraid of those things. We shouldn’t be afraid of discussing them and for as long as fear governs what we do and do not discuss, that is a problem.

“If something that you see is something you find offensive or confronting, then good, I say, because you should not be afraid to have that discussion.”

In preparation for the MELT Festival, Gough is working on a re-write for Brisbane audiences and the cast will be in rehearsals during the next few weeks making sure that everything festival-goers see is beautiful and exciting. 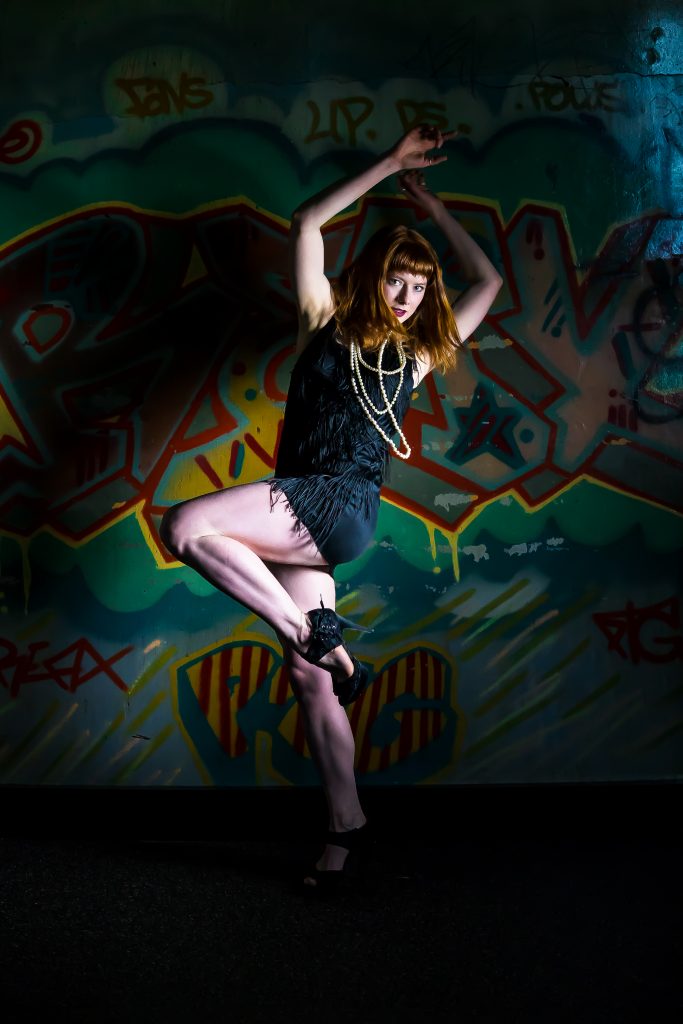 As a member of not only the queer community but the theatre community as well, Gough is as much of a supporter of the arts as he is an artist himself.

“I’m a sucker for a musical so I’m looking forward to seeing Yank! — that will be fun. And also, Rueben Kaye, I really love that kind of grungy cabaret situation,” said Gough. “There’s another three-woman cabaret happening called Baby Bi Bi Bi which is really exciting. That’s women and bi-representation all in one which is very, very exciting and something that doesn’t get a lot of stage time if we’re talking about representation so I’m really excited for that to exist.”

Entering La Silhouette is unpredictable and exhilarating with an empowering message.

“Just come and see it!” he said. “I think it’s really important stuff and we’ve done our best to include everyone’s stories. Hopefully this can kind of invigorate us and understand that though we’re isolated, we’re not alone.”

What: La Silhouette by the SUI Ensemble presented by Brisbane Powerhouse

Where: Turbine Studio at the MELT: Festival of Queer Arts and Culture