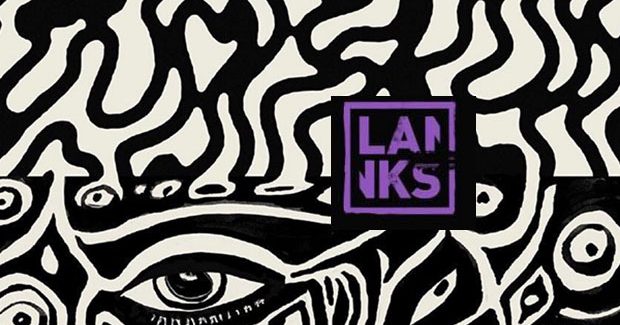 If you ever feel like listening to a refreshing blend of organic and electronic sound attached to a compelling narrative sung in delicate falsetto, then LANKS is the musician for you.

Â And who exactly is LANKS? The answer: multi-instrumentalist, singer-songwriter and producer Will Cuming, hailing from Melbourne. His textured EPs and singles layer elements of indie pop with electronic percussion and crisp vocals, each new release promising a quick escape to paradise.

LANKSâ€™ latest release is the deeply moving â€˜Comfortable,â€™ a soothing song which not only warms ears, but hearts as well. The piece discusses issues circling the mental health industry, focusing on the emotional effects bestowed on workers, particularly on a close friend of his. Will said, â€œI wrote this song to remind her how selfless she is and was, helping someone else through such an incredibly hard time and shouldering so much of their struggles and despair. The ending was heartbreaking, but I wanted to focus on how great of a human she showed she was.â€

Fortunately for us Brisbane folk, LANKSâ€™ immense talent isnâ€™t just confined to the cooler state down south. Heâ€™s embarking on a headline national tour in August, performing in Fortitude Valleyâ€™s intimate Black Bear Lodge in celebration of his new release. The Creative Issue had a chat with Will about his new tour, creative processes and some wicked collaborations.

The Creative Issue: Where did the name LANKS come from?

LANKS: Itâ€™s the name that my housemate and designer used to call me. Well, not that often. I was looking for a name when I first started the project and it was either that or gangle but I think this one sounded better. I found an old birthday card that said â€˜Happy Birthday LANKS,â€™ so thatâ€™s where it came from â€¦ I think people think itâ€™s more interesting than that, but thatâ€™s it. 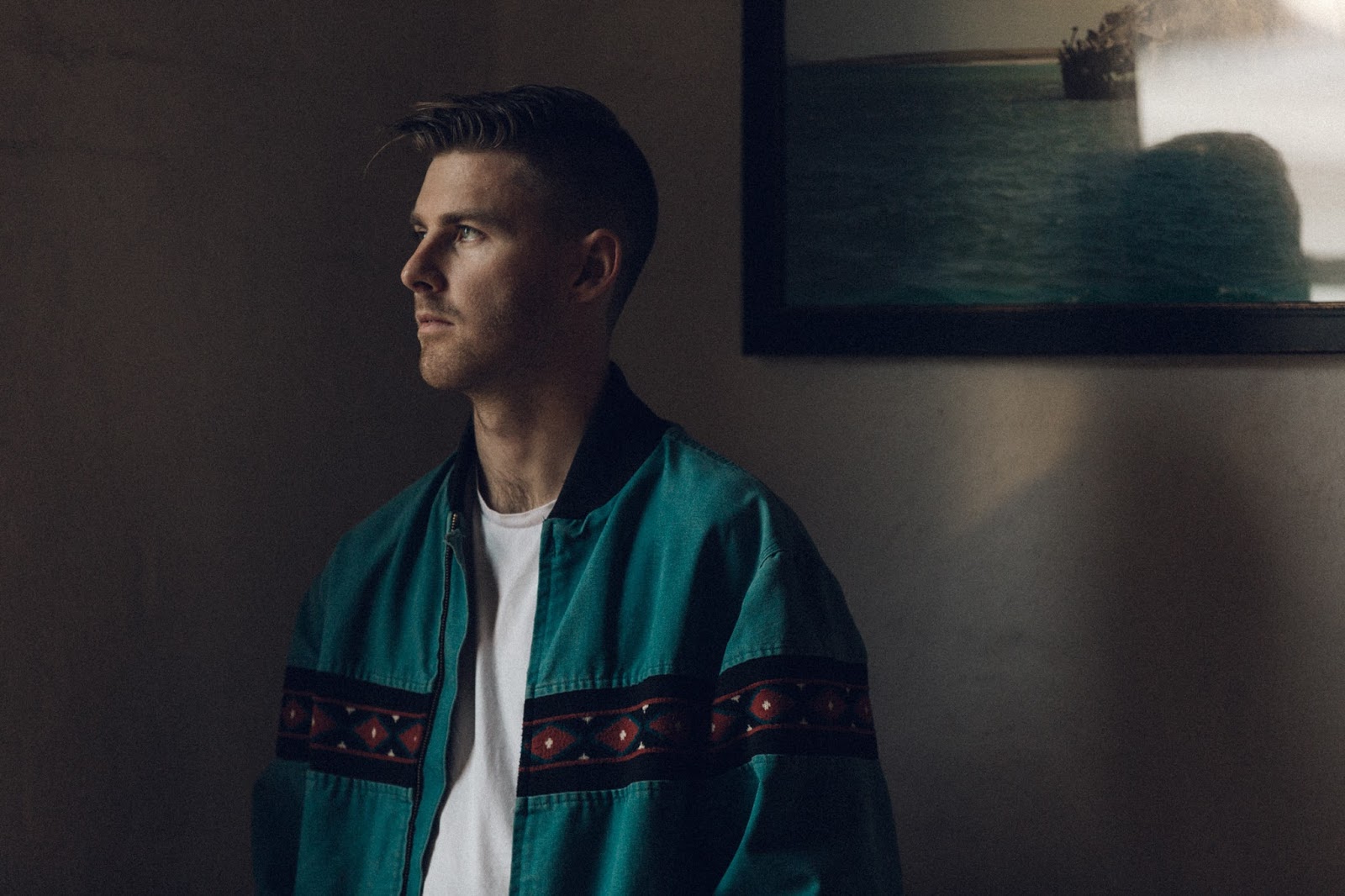 TCI: How would you describe your sound?Â

LANKS: I think itâ€™s sort of a blend between electronic and organic sound. Itâ€™s sort of an old pop electronic thing. I always find it hard to explain what it is because I donâ€™t really know what it is, I feel like other people seem to have a better grasp than what I do sometimes.

TCI: I guess youâ€™re always evolving your sound as well, so you canâ€™t really label it.Â

LANKS: Yeah, I think so. Always aiming to try to change what I’m doing, or that what Iâ€™m doing will grow.

TCI: So youâ€™re touring Australia next month to celebrate the release of your new single, Comfortableâ€¦ How excited are you?Â

LANKS: Itâ€™s going to be really good, yeah. I havenâ€™t played any LANKS for a few months other than playing at Splendour and doing a few guest open spots, so Iâ€™m really excited to get out there and play some really fun shows, so yeah. Also playing lots of new stuff so it will be really exciting and fun to do that.

TCI: What was the creative process for writing â€˜Comfortableâ€™, and how is it different from anything else youâ€™ve ever written?Â

LANKS: Itâ€™s probably not that different. Itâ€™s different in a sense that it came together really quickly. I was writing on a Tuesday and had the whole day at home and came up with these three song ideas, and one of my housemates got home and I showed it to him, and he quite clearly was like â€œAw this is really nice,â€ but didnâ€™t really love it. And then, there was this one synth sound that he was like â€œThatâ€™s really cool.â€ So I deleted everything and just kept that one sound. And then it all just came together really really fast and we played it live within a week. It was really fast, so thatâ€™s probably different. Sometimes things take me a lot longer than that. It just felt like a really easy process. 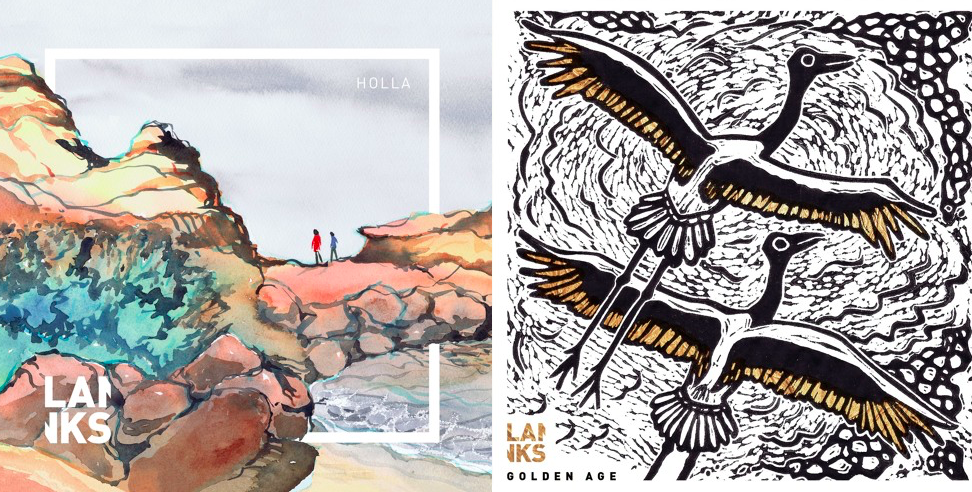 TCI: Whatâ€™s your live set usually like? As in, does your four-piece play your regular songs or do you throw in some covers every now and then?Â

LANKS: Iâ€™ve been thinking about doing some covers but Iâ€™ve also released a lot of music and I write so much that itâ€™s kind of hard to find space to do that, because thereâ€™s so many- Iâ€™m now fighting to work out which of my own songs go in there and each person at my live show is like â€œBut I like this one, and I like that one.â€ But I have been thinking about doing a cover and maybe I will get one and sneak it into this set. But at the moment I havenâ€™t done any, so Iâ€™m not sure.

TCI: I read that youâ€™ve collaborated with Big Scary. How did that come about & what was it like working with them?Â

LANKS: Well I ended up working with Tom from Big Scary. Tom worked on my last EP with me helping me record a bunch of parts. It was actually really amazing. I met both of them because I was touring with Earling who was their label partner, like a year and a half ago. And then Hannah Earlin left their label, the main person of the label who is also called Tom, she left his jacket in a cab in Perth and then I brought it back and she said, â€œCome around to the studio.â€ So I went around and met them, and I donâ€™t know if Iâ€™ve ever told them this but I was really starstruck and quiet, and I was just sitting at the piano tinkering, because thatâ€™s what I do when I get nervous. Then I played â€˜Aprilâ€™, which ended up being on my EP, and Tom was in the other room and raced in and was like â€œWhat were you just playing on the piano?â€ And I was like, â€œIt was just a Frank Ocean song,â€ and he was like, â€œNo, whatâ€™s that other thing?â€ â€¦ They asked me to play the song for them, which was weird. But he was like â€œI really love it, can I work on it?â€ He helped me record a bunch of parts and threw a bunch of ideas at it and yeah, it was kind of the song that made us become friends as well which is really cool.

TCI: Speaking of April, what was the inspiration behind those lyrics?

LANKS: I had an experience with my friend. Iâ€™ve never told this story. So my friend Jess who plays in my live band, we just had this weird moment where I was really tired at the end of a tour and sheâ€™d been away â€¦ and I was just talking to her about ideas for the set and somehow I accidentally said that there probably wouldnâ€™t be a spot for her to be touring in a live band, which is not really what I meant to say. Anyway, it ended up exploding and it was the most awful experience of my life, of where I almost ruined a really great friendship- sheâ€™s like my best friend. And then I wrote that song for her. We ended up having a really nice connection moment about it anyway, kinda reminds me why you do things and why itâ€™s sometimes good to have those thoughts so yeah, I wrote the song for her. Her last break up she got over it by listening to Big Scary so it was this amazing thing where I wrote a song for her and then they loved it and wanted to work on it, and then sheâ€™s singing in the background of the bridge as well. 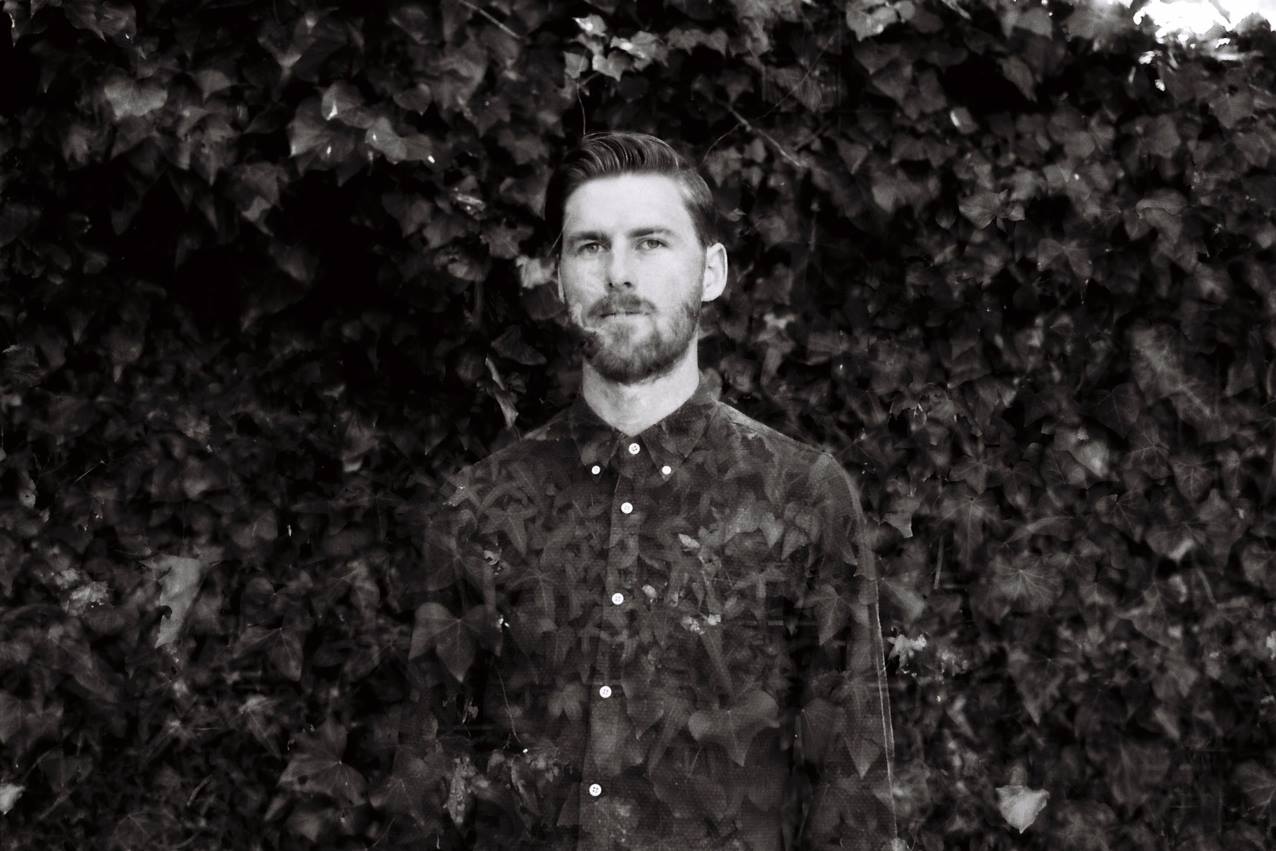 TCI: Would you say Big Scary and other artists youâ€™ve collaborated with influence your artistic style?Â

LANKS: Definitely. Iâ€™ve done a lot of writing in the last couple of years with other people for their work as well â€¦ I donâ€™t really release much stuff that is co-written. I have Andrei Eremin who always mixed and mastered my stuff for the past few years and heâ€™s now co-producing with me for a bit and Iâ€™ve learnt so much from him, and just all the other people Iâ€™m getting to write with. Every time you get put in a room with people you pick up new things and get to see someoneâ€™s process being different and I find it super inspiring. Even with Big Scary, I was such a big fan for such a long time, and just getting to talk to Tom and seeing what his thoughts are on art and everything, I feel like Iâ€™ve learned a lot from that group of people. Theyâ€™re pretty amazing people, actually.

TCI: Your cover art is really visually captivating, especially for Bitter Leaf. Do you have any input into the designs?Â

LANKS: My grandma has been doing most of that artwork. Sheâ€™s 87. With that one she was just like, â€˜Have a look around and see what you like.â€™ And then we found a coupleâ€¦ not half-finished, but a few rough paintings sheâ€™d done that werenâ€™t entirely finished. Will Devereux, my housemate, who does all my design, kind of grabbed it and manipulated it a little and turned it into that. But a lot of it was already painted by my grandma. She does a lot of the artwork. On the recent â€˜Comfortableâ€™ artwork she collaborated with Will Devereux and my other friend Hayden Daniel. Sheâ€™s a pretty cool 87-year-old.

TCI: Do you rely heavily on your audience feedback or do you just do your own thing regardless?Â

LANKS: That’s a really interesting question. Iâ€™ve done a lot of support tours over the last few years and its kind of nice to road-test songs to see what people connect with. So in that way, I think I do really take on board how an audience responds and also with a lot of support tours you have to harden up and get better and write better songs because people donâ€™t always know who you are and donâ€™t really care, so you have to impress. I think all of that stuff has really shaped my sound and the fact that my song-writing is getting better, because weak songs get found out really quickly when youâ€™re playing on support shows. So yeah, I think so.