Through a series of unfortunate events on Tuesday night, TCI only caught the last ten minutes of Rhys Nicholson’s Brisbane Festival show “Bona Fide”, and we’re going to write about it anyway.

Have you ever looked at a piece of information, and been entirely sure you saw one thing, when in actual fact, the information was something completely different? Be it on the scales, the bank balance, or the information about the one-night only comedy show you were meant to attend that evening? This is what had me shuffling sheepishly into South Bank’s Spiegeltent, ten minutes before the conclusion of comedian Rhys Nicholson’s Bona Fide, having taken a very tense Uber from the Brisbane Powerhouse where I’d been convinced it was actually playing (I’d even ordered drinks). No. No it wasn’t.

Having previously enjoying a successful run in Brisbane at the Powerhouse’s Rooftop Terrace, Bona Fide was enjoying the reception it deserved, fresh from the Edinburgh Fringe, at a packed-out Spiegeltent in the last week of a cracker Brisbane Festival.

There’s never been a better time to tune into the fast-paced wit of Rhys Nicholson – one of the most important voices in the Australian comedy and in the embarrassingly-lengthy fight for equal rights for LGBT Australians. At just 25, this is Rhys’s fifth touring show, having received numerous comedy awards and even been the subject of an Archibald Prize finalist. When our national newspaper still employs cartoonists that think it’s biting satire to compare the marriage equality movement to the Holocaust, Rhys has become a powerful voice for the movement. Earlier this year, he married fellow gay comedian Zoe Coombs-Marr in an event at the Melbourne Comedy Festival earlier this year in an act of protest, as their same-sex partners looked on in a mixture of mirth and horror. 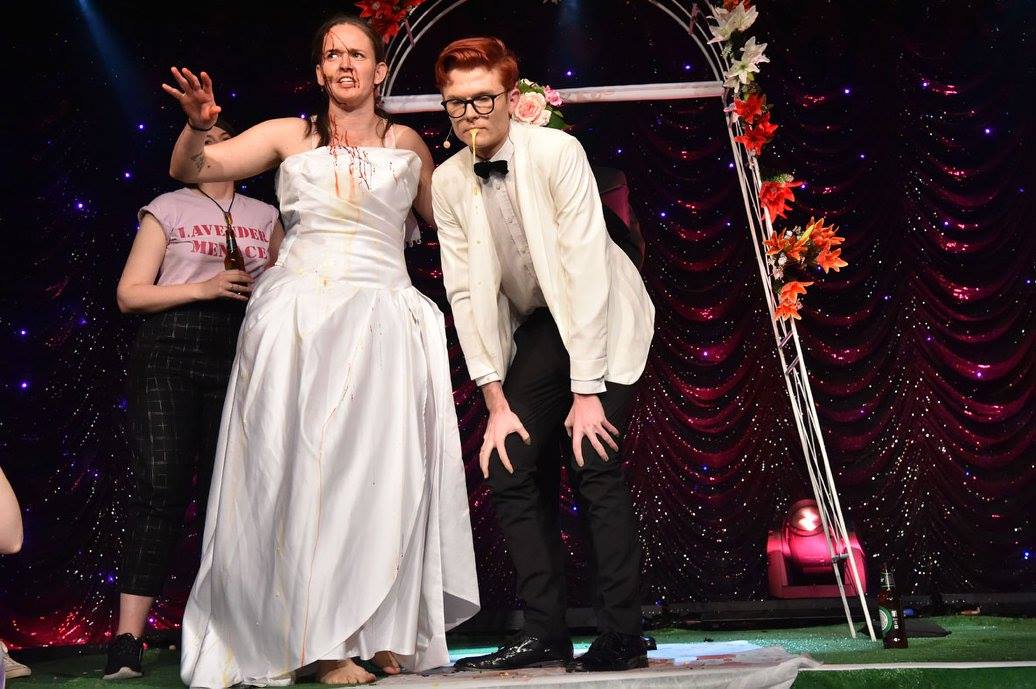 The last time I’d seen him had been in a small, intimate gig at the MICF in 2012 – he had handed out condoms with his face on them from a basket and delighted in every pregnant pause and gasp in the tiny room. Here, with a blue spangled dinner-jacket, flaming red ‘do and characteristic lisp, looking very much at home amongst the glitz of the Spiegeltent, he’s almost larger-than-life – but his jokes never fail to pack a punch, well-crafted and relatable, and the Tuesday night crowd hangs on his every word.

He’s not afraid to turn the mirror on himself, either – when we arrive, he’s diving into the sometimes- pretentiousness and toxicity of the queer community, recounting how his voicing a talking rhinoceros in a Myer Christmas advertisement draw outrage at being a put-upon caricature. (Nope – it was really just him.) Bona Fide is a show about lying – and how fitting it is that Rhys Nicholson chooses to end the night with a touchingly intimate and truthful anecdote about how he came to ask his partner to marry him, playing out the ever-too-familiar tableau of getting absolutely plastered on free plonk at a wedding.

Good end-of-show, Rhys – I promise I’ll triple-check my publicist’s emails next time round.